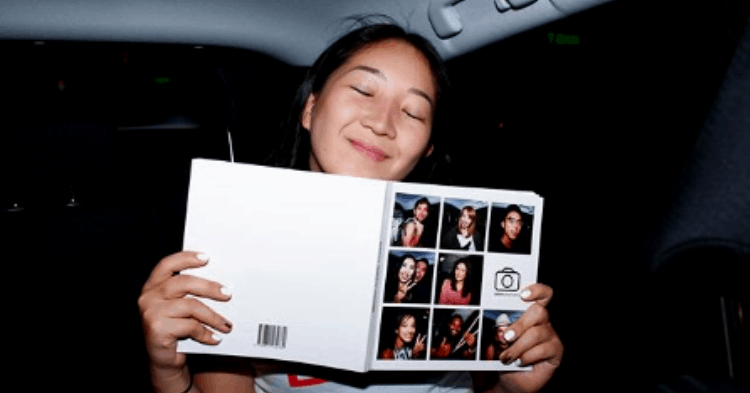 After our first meeting a good two years ago, I hung out with the Ubergrapher again to see what he’s up to, particularly following the unceremonious departure of Uber from Singapore. Back then, he struck me as a well-intentioned man with some questionable methods.

The man behind the lens, Maverick, is best known for documenting the journeys of his Uber passengers on his Instagram profile. At one point, he’d worked himself to the point of publishing a photobook with Uber.

The whirlwind of rumours girdling the hostility between Grab and Uber before the big break-up left me yearning to know if he’s had to bear any of its brunt.

Interestingly enough, I learn that much like his Instagram handle that misleadingly declares his loyalties to Uber, not much has changed for him. So why is it that the Ubergrapher identity has become so suffocatingly vice-like to him today?

A Quick Recap of Uber ‘Versus’ Grab

Couple could not smile as they miss Uber. They are now forced to use Grab app and sit in grabcar. Think many foreigners will be confused next week why Uber not working.

Go ahead and skip this header if you don’t need the recap.

For months, Singaporeans were subject to unyielding price wars between Uber and Grab, two of the country’s market dominators. In the race to see which of the two would, inevitably, run out of money first, Grab emerged victorious.

On 26th March 2018, Uber announced its unofficial withdrawal from the Southeast Asian market in a merger with Grab. Word on the streets was that Uber’s employees were ‘dealt’ with, being informed of their retrenchment and expected to leave office with their belongings in a mere two hours, with no prior warning.

This ended soon enough, with small competitors like TADA and Ryde making gradual emergence. Concurrently, the Competition and Consumer Commission of Singapore issued the companies (Grab and Uber) a gargantuan $13 million in financial penalties for “anti-competitive” behaviour. At the time, Grab held 80% of the market’s share.

Maverick informs me that Softbank Group Corp had placed major investments in both Grab and Uber as part of the Softbank Vision Fund. So it’s probable that not all was as hostile as it looked, and that Uber had just decided to center its efforts where they had higher yield.

Does Any Of It Really Matter?

No. The Ubergrapher wasn’t left stranded.

He simply started driving with Grab instead.

He also hasn’t dumped the Ubergrapher persona. His Instagram profile is still rife, and frequently updated with photographs of the passengers that come and go in his vehicle. He tells me he hasn’t changed his user tag because “he can’t be bothered to change the name every time a new app comes right?”

‘@Ubergrapher’ does have a nice ring to it. ‘@Gojekgrapher’ sounds like too much of a mouthful, and worse, ‘@grabbergrapher’ sounds shady – like a man who takes photographs of his passengers in back seats needs that kind of branding. To me, his user tag is a brand, and a fond reminder of all that once was.

Why Does He Want To Retire The Persona?

The Ubergrapher has kept at his endeavour for three years, and it has been so long that he’s seen faces recur as many as four times.

The last time I met this rider mid last year he was my first 3 timer and now he is my first 4 time rider in 18,000 rides. He looks and behave more maturely after almost 18 months. Watch him talk at Ubergrapher.com

“From the first time I’ve met him he’s changed his job, girlfriend, and has a more mature attitude.”

But times change, and our needs do too. Maverick sounds hopeful, but spent, as he speaks about the property platform that he’s recently done a soft launch for. He’d mentioned it during our last meeting, though it took him much longer than he’d thought to develop.

Sardonically, he tells me, “if it’s a start-up, it’s not making money.”

Struggling to breathe life into his endeavour has also made the reality of driving as an activity to make ends meet increasingly real.

“You’ll never know, when you’ll get your big break. As it turns out, it’s taking much longer than I thought, so I’m still doing it. On the other hand I’ve been enjoying recording the people that I meet.”

The conversation takes a little bit of a sombre tone as he skims on how health is an overwhelming worry.  He tells me about his friend who’d just suffered from a heart attack a month ago, still in recovery and in a coma.

“So that’s why for me instead of getting bored at driving, I talk to people. Regardless of (whether it’s) New Year’s Eve or Chinese New Year, it doesn’t matter. I keep going.”

Maverick’s new start-up is space untraversed for him. Called GoSpaceZ, his brainchild is an online platform that houses property reviews. The website is intended to allow young users to make more informed housing purchase decisions.

I am soft launching a condominium review site call gospacez.com as there is none in the market. Win a pair of the “ Beast” VIP ticket worth 200 sgd by being the most comprehensive, honest and verified review. Go the the site and find the condo name and submit. Contest runs till next Monday. If you are the first reviewer of the condo I buy you a cup of Starbucks coffee as well. Must send me proof of residency or ownership. Terms and conditions apply.

“Propertyguru, (and) all these places, mostly tell you about amenities and things, they don’t tell you about what exactly it’s like staying in this particular place that you’re interested in.

Sometimes, he tells me, feedback comes down to the nitty-gritty but major things like condominium management, security, and even neighbours. After all, no hotel’s as pristine as it looks in its pictures.

It’s still a bit of a work-in-progress, and he’s not been doing much in the way of marketing. At the moment, he’s enticing riding patrons and followers of his Instagram account to leave a review on his platform in exchange for a free Starbucks coffee.

Sounds gold to me, but I later learn that this means meeting up for a coffee with him, and while he is good company, I’m not sure it’s something most will bother with in the midst of their day-to-day activities. The anti-social, personal side of me also just says, uhm…no. It doesn’t help that most of his consumer base on Grab are young folks who don’t own property.

While he agrees with me that the space is saturated, he believes he brings something that’s fresh and unique to the table, like the “Airbnb of property”. He also mentions that he’s actively on a hunt for investors.

“If you give me a bunch of money, things can move very fast.”

This is the epitome of the Ubergrapher. Here’s a man who will make you share a laugh or spill a tear in a fleeting transaction with him. It’s likely you’ll remember him, but to him, you’re one in his accolade of 30,000 passengers. Despite wanting to retire the Ubergrapher identity, he still strives to keep the memories alive.

He tells me about how there are some potential big expansions coming, like a mini series on his story. With the knowledge of a particularly large regional video platform looking for pitches during the time of our interview, I ask if it’s the company that I have in mind.

He replies with a “no, it’s bigger than that company. It’s not Netflix.”

He mentions a continuation of the photo-book that Uber had previously published with him. It seems like he’s in talks with Grab for a second version. If anything’s going to warrant a change of his trademark Instagram handle, my bet’s on that.

As we end our session, we slip back into more casual conversation, but in the spirit of the recently-passed Chinese New Year, share some of our goals and aspirations for the coming year.

“I really need to get this property platform going.”

His sentence is bitter, but laced with hope and all the emotion of somebody who’s putting all of their blood, sweat, and tears into building a dream.

Maverick, the friendly driver, is more like you and I than most care to think. As you scroll down his perfect Instagram feed of faces with blistering smiles, pause at the wrinkles and the awkwardness  – signs of reality, weathering and the toils of every human being.

Hospital administrator brings her daughter to work as there is a child care center right next to her office. No wonder she is all smiles and the daughter not thrilled to wake up early in the morning.