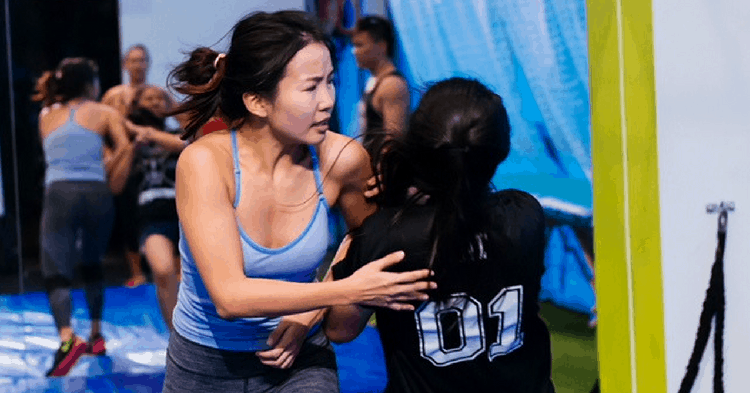 “We spend a good amount of time learning how to break a fall properly so as to prevent injury. We call these falls ‘bumps’.”

“Bum?” I repeated distractedly, my attention momentarily caught by two guys off in the corner, one flipping the other with great ferocity. A thunderous boom rocked through the gym as the trainee landed.

Yet, an observing trainer decreed, “Not loud enough! LOUDER!” Wrestling did not advocate soft, polite landings. I wondered how much hurt the wrestling session would cause me, especially with the numerous falls I would be doing.

“B-u-m-p, bump,” Greg corrected. Seeing the worry on my face, he went on to assure me that wrestling focuses largely on safety. In line with this, wrestling requires a great amount of trust.

Your life is in the hands of the person you are paired up with – you trust that your opponent will flip you correctly and guide your body to land in a safe and non-painful manner.

The Art Of Wrestling 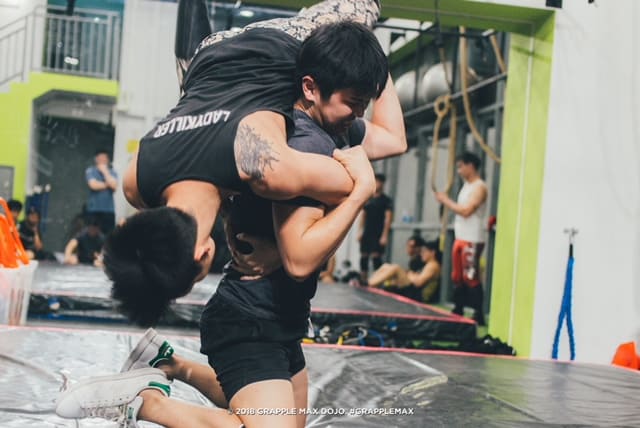 Therein lies the marvel of wrestling.

It looks brutal and comprising of wild and seemingly uncoordinated swinging – but in reality, hours of training go into perfecting moves to be incorporated into a full-fledged, scripted show with predetermined outcomes. A show that manages to be frenetic enough to entertain a crowd and yet remains safe and sustainable for the wrestlers themselves.

In this performance sport, the wrestler’s job is to entertain, but of course safety remains of top priority.

Lessons grounded in safety was where my training session began. 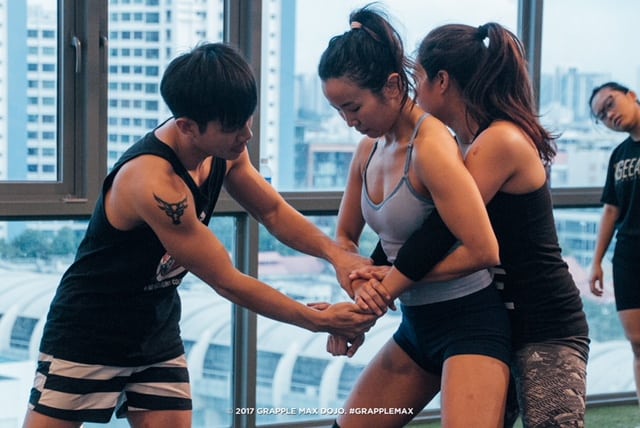 Falling, a concept so simple even babies can understand it, was suddenly made difficult as I made numerous attempts to land in a particular way that did not compromise my safety: flat on my back with my chin tucked in and arms splayed out, all done to spread the impact of my fall over as much surface area as possible.

We then launched into learning basic wrestling maneuvers: Front rolls, back rolls, bumps, and more bumps. Repeated bumping made the session a surprisingly cardio-intensive one and several times I had to pause to catch my breath.

It Only Seems Easy

I would look over at the regulars practicing their more advanced moves and marveled at how they made things look so easy.

Greg saw me staring and took to elaborate: “You would think that guy A is more advanced than guy B,” he motions to the two males circling each other like vultures on the mats. “But no – look closely and you’ll realise that the trainer is doing all the tough work to make the trainee look good.” 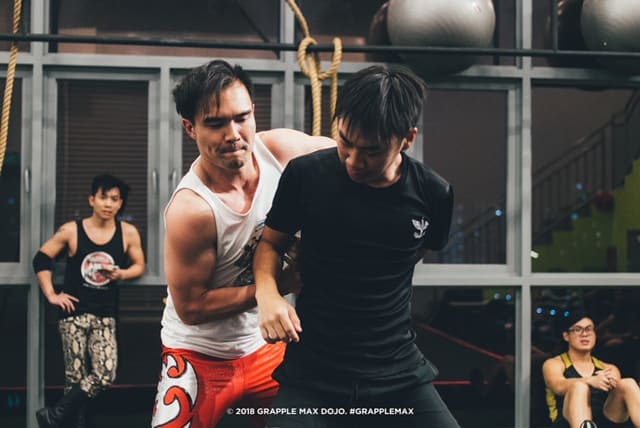 I continued to watch as the trainer felled smoothly, marvelously, with a loud groan of consternation to boot. I smiled at the sight. In that moment, I understood why professional wrestling had legions of fans.

“We don’t usually plan the moves that go into a wrestling match; it’s typically all improvised. But for beginners like yourself, we’ll string together a series of movements that you’ve picked up in this session. You’re going to execute them before a live audience.”

Sessions at Grapple almost always end off with a short wrestling match. This allows newbies to get used to performing in front of a crowd and for the others to get in some good practice. As for me, it was a fantastic way to end the session on a high.

Claps and cheers from the watching crowd – thank you, thank you all, what have I done to deserve your adoration? – drove me and my sparring partner to push stronger, grip harder, shout louder.

My one minute in the limelight over, I stepped back to watch the others work their magic on the floor. “There’s the fitness aspect of wrestling – and there’s also the part where it’s a means of self-expression and confidence building,” Greg tells me as we watch a huge guy with an equally huge personality roar at his opponent.

“The people here come in after work and play out their desired personalities. It’s great fun.” A rousing cheer almost brings down the roof.

At the end of my training session, the friendly people at Grapple Max Dojo chorused their goodbyes. Incredible as it may seem, the energy in the room was the same, if not higher, as when I first stepped into the dojo.

I made my departure, turning back once more to take in a final glimpse of the gym. The boys have refocused their energies upon the next pair grappling on the mats, faces aglow with the anticipation of that next beautiful bump.