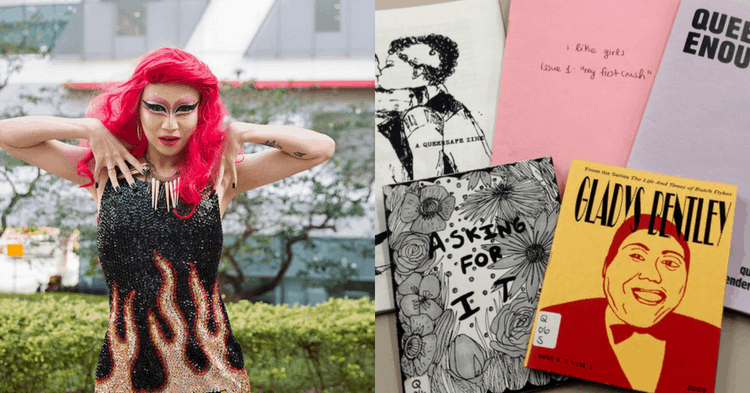 On the 14th of July, Singapore is about to have its first ever Queer Zine Fest.

For the entire day, the venue of Camp Kilo will be filled with positive queer energy and zine creators (or zinesters) bringing forth their best creations. But before we get over our heads about the much anticipated event, it is important to recall the comprehensive history queer culture and zine culture have had with each other.

And more importantly – what are the opportunities that may open up? What sort of impact would a Queer Zine Fest bring to the rocky landscape of queer Singapore?

For those who aren’t familiar, Zines are self published, small-circulated publications that consist of a combination of original or appropriated works. There are no rules, therefore allowing for the ultimate stretch of ingenuity and creation anyone can fathom.

They vary from the trivial to the profound, from the immaculately produced to the fragile conception of a staple gun and some string; if you can imagine it, there’s a zine out there that exists for it. And if doesn’t, someone is inevitably creating it (or maybe that person could be you).

Apart from possessing the immense capacity for unbarred creativity, zine making carries with it the colourful, and often, harrowing history of many marginalised groups.

Because of its nature to be an un-policed and unrestricted outlet for publishing material, many marginalised groups from all corners of the globe have utilized zines in a plethora of ingenious ways not only to drive their communities forward, but also to bring them together.

Born from the punk movement in the 80’s, zine culture has come a long way since its underground reputation in America. Today, zines have been attributed a more elevated status, with prestigious awards given to the most creatively articulated designs.

While established circles in the creative industry are increasingly paying attention and giving well deserved credit to zine makers, let us not forget the role zines have played in creating spaces for the lesser glorified.

Throughout history, individuals from women’s rights groups, African American left wing political groups (like the Black Panther Party), and LGBTQIA+ activist groups, have all employed zines as a tool untouched by mainstream publishers to showcase the music, art, writing, poetry etc of their community.

The Value Of Queer Zines

The culture of zine making has played an especially big role in the formation of queer culture and history: members of AIDs activist groups in the 90s distributed zines to combat misinformation from the mainstream media and proliferate information about the disease to members of the community, while simultaneously putting pressure on institutions and the government to take action in order better the health of those affected. 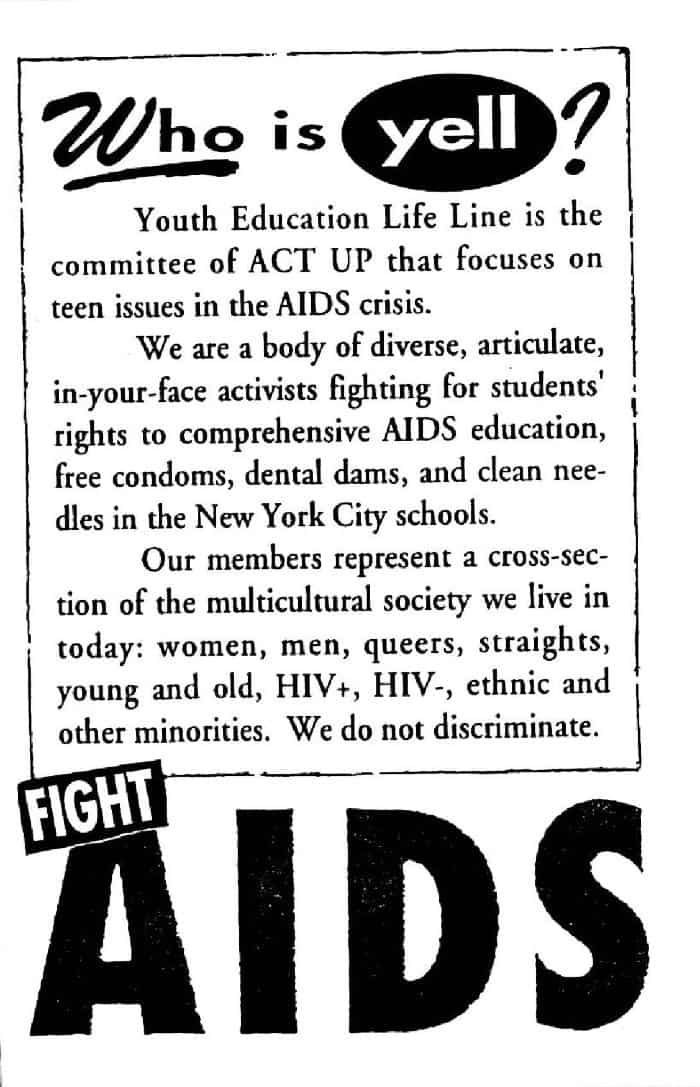 In the spirit of keeping queer zine culture alive, Milo Miller and Christopher Wilde launched the Queer Zine Archive Project in 2013 – an attempt to keep a record of the history of Zines and the role they played in LGBTQIA+ history.

The Queer Zine Archive Project is an prime example of a crucial documenting of the experiences of LGBTQIA+ community members from all walks of life, chronicling topics like gender, race, love, sexuality, politics, history, and many more.

With Singapore’s especially unstable history with the LGBTQIA+ community, it is ever more important to remember the necessity of zines and the outlet it has provided for upholding queer history and culture in other parts of the world.

With the persistent threat of the penal code 377A, our voices need to demand for more spaces that disrupt the course of queer history in Singapore; one that allows those who do not “conform” to conventional expectations of what “creative” looks like to fully experiment with their identity and their creativity in a safe space.

The inexpensive mode of zine making provides an intimate and personal outlet for individual creativity, while making accessible an alternative for a marginalized community to have their work showcased and received by an otherwise rigid public.

This is especially relevant in a country like Singapore.

Queerness is a huge part of the Singaporean identity – one that has been largely unaccounted for even in the creative industry at large. In the same way zines have provided the public with alternative modes of consuming art and design, may it provide queer individuals with tools to uphold and strengthen their community in a similar fashion. 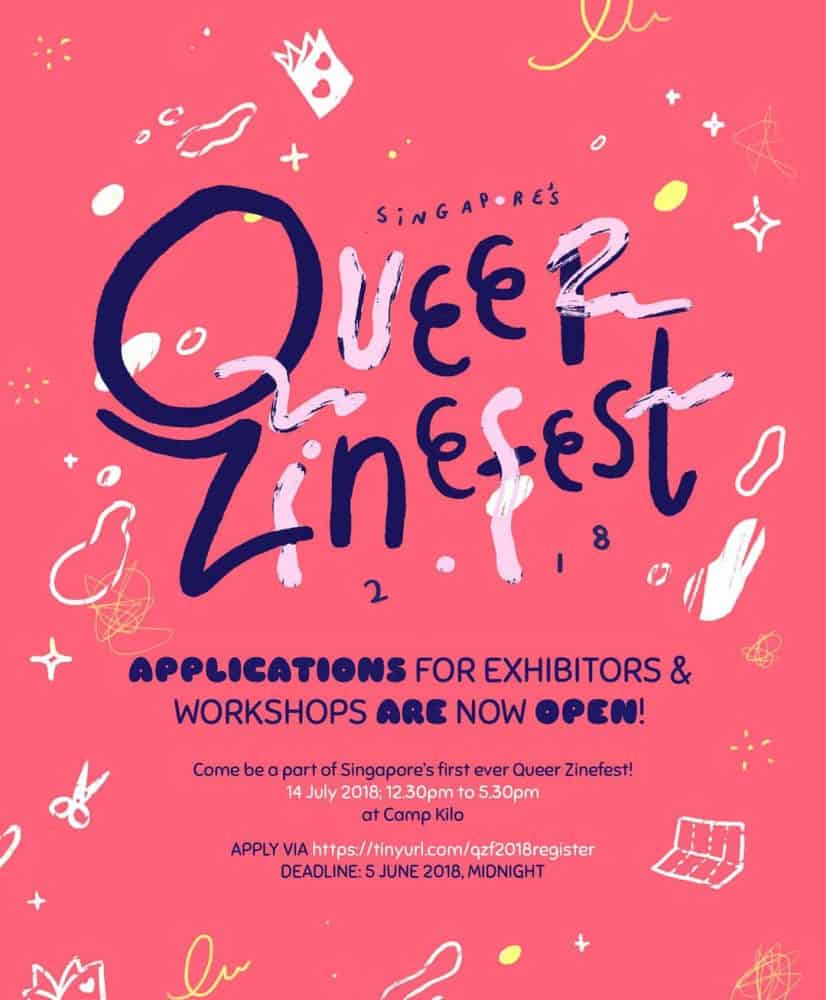 If you have zines that you’d like to have available at the Queer Zine Fest, click here.