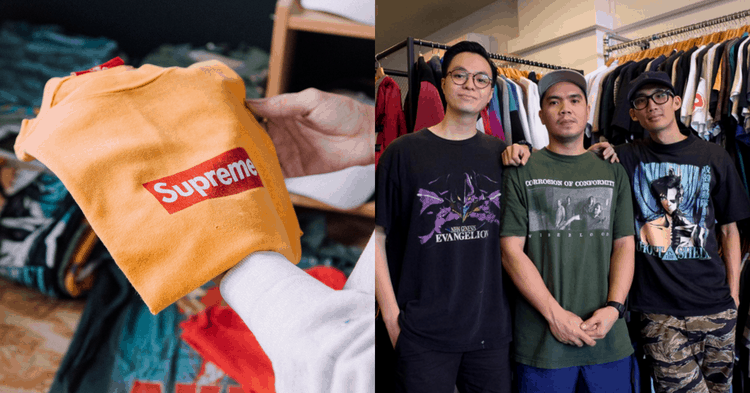 As I step out from the lift to the fourth floor, I wonder how a vintage clothing store manages to thrive in this old industrial building. Yet, following their social media pages means I’ve witnessed the snaking queues that extend all the way to the third floor whenever this store organises a pop up event.

Opening the door, I’m amazed at how the interior of the store is a vast change from its remote exteriors.

At last, I meet Deon – a tall, bespectacled guy who is one of the founders of Death Threads, a vintage clothing store that only opens one weekend a month.

Deon runs a creative studio with three other friends full time, and tells me that Death Threads started from a hobby. 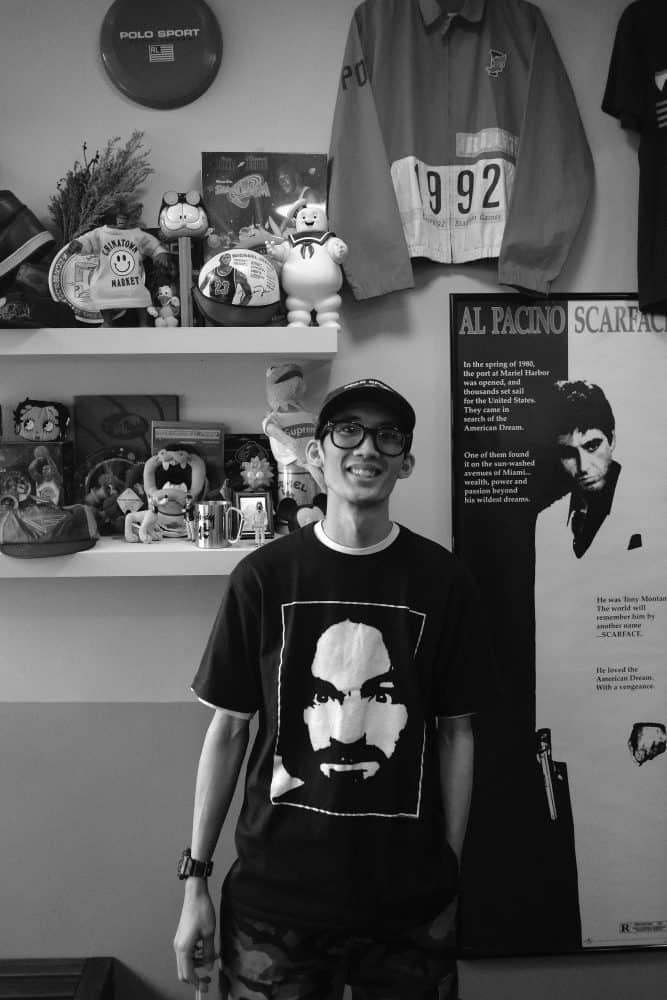 “I’ve always liked collecting 90’s memorabilia – being a 90’s kid, I enjoy coming across and collecting things I recognise growing up.”

He enjoyed sharing his latest finds on Instagram, but after meeting Edmund, a fellow enthusiast of vintage clothing, he decided to take their passion to the next level.

Together they formed Death Threads, a brand they could curate and share vintage clothing to others with the same interests. “I just thought it would be fun,” Deon says with a smile.

Starting without any capital, the first ever Death Threads pop-up featured the duo’s personal collection. Soon after, they brought on 2 other vintage clothing enthusiasts, Paul and Josh, to help with the curation and sourcing – forming the original DT Crew.

With Edmund leaving to pursue studies in Australia earlier this year, the small pop-up store is now managed by Deon, Josh and Paul.

Deon started collecting vintage memorabilia a couple of years back. While he mainly gets his items overseas, he reveals that he has managed to snag a few good deals on Carousell too in its early days, before the vintage trend really took off in Singapore.

When I ask Deon if he has had any memorable experience thus far, he tells me that running the store has been really fun. Initially, Death Threads operated out of Deon’s creative studio in a shophouse located in Tanjong Katong. 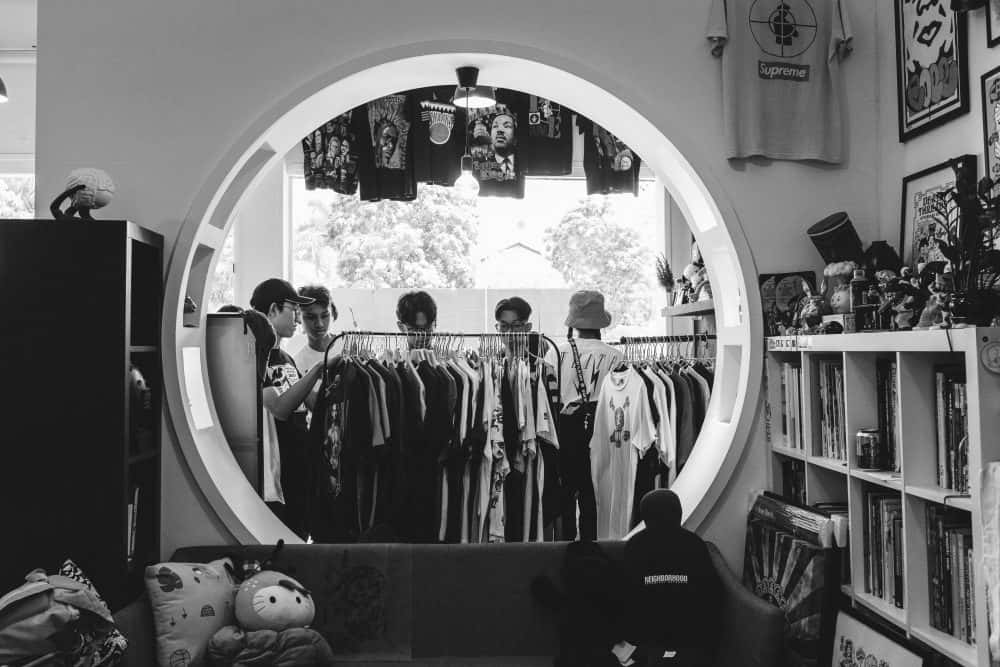 Sensing the potential of the studio’s shopfront as a retail outlet, Deon thought it was perfect as a small, cozy spot in a relatively quiet but creative neighbourhood.

What Deon didn’t expect, however, was how big the crowds were going to become. 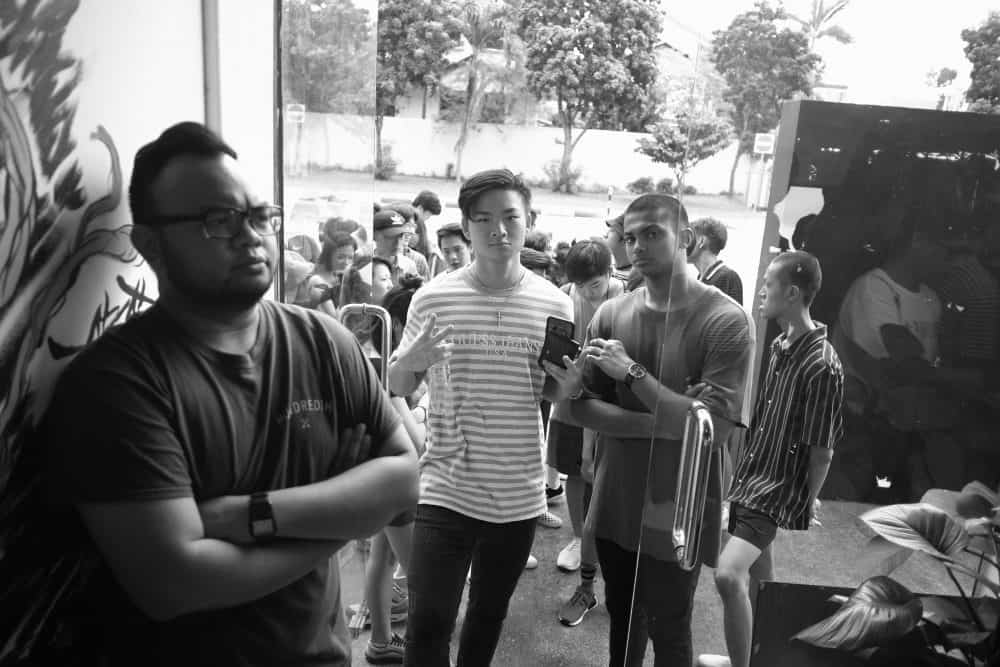 “We did 9 drops over 9 months and as the crowd grew, we decided Death Threads has outgrown the small studio space hence we decided to move out.”

Since moving to their new space in April, Death Threads has held one edition here – their 10th. “We’ve also started to introduce a new series called Vol. 1, a pop-up where we host other vendors at our new space. The next few pop-ups under this series will be labeled Vol. 2, 3 and so on.”

Clearly in love with the brand that he’s built from scratch, Deon tells me again that it has been a really enjoyable journey thus far.

Meanwhile, he says he’s had many memorable experiences thrifting, such as finding items that are “really valuable for cheap”. 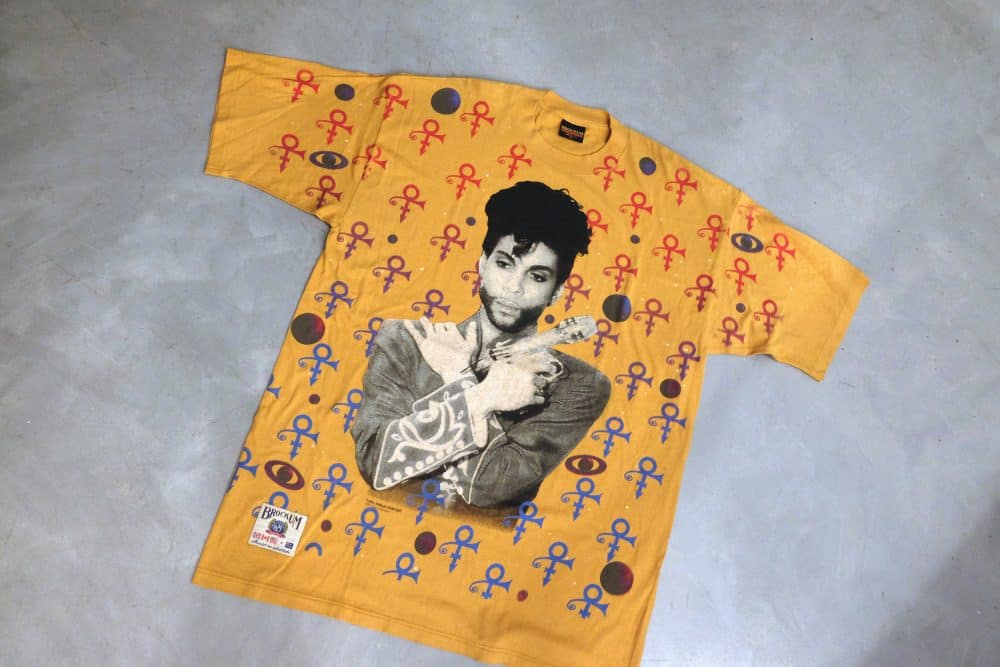 “I found these two t shirts locally, at a random store for $30 each and have sold both of them overseas for $750.”

Having to juggle his full-time work and a store on the side, I’m sure that life can get rather hectic for Deon.

While he says that it is still manageable, there was one thing he said that took some time for him to adapt to, which was the need to constantly swap mind frames and focus when dealing with different things. 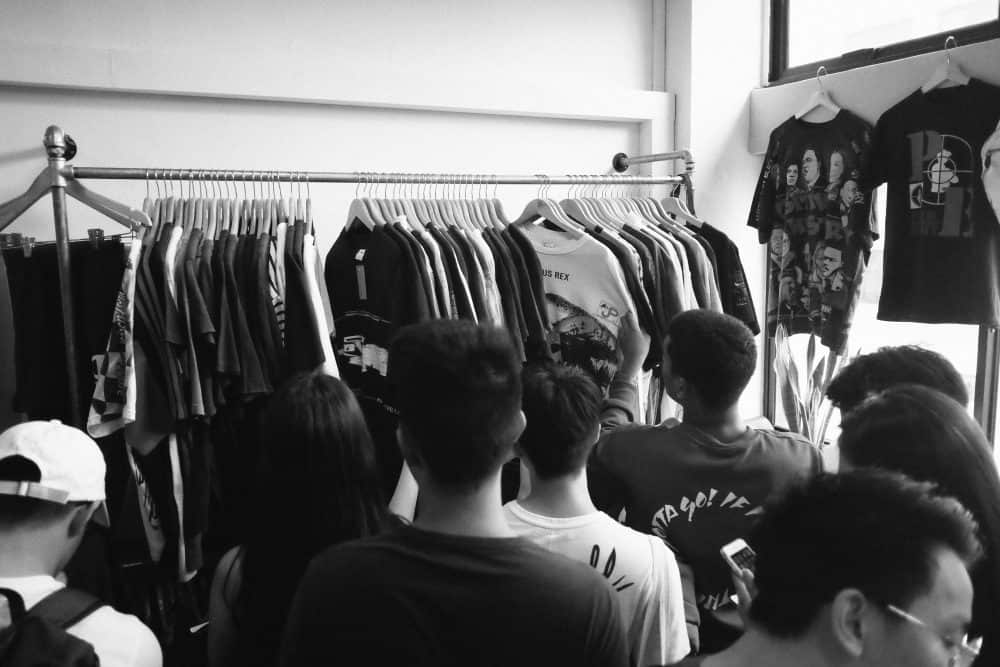 I press on, asking him about the toughest moment he’s faced so far. “Can’t think of anything really bad, it has just been very fun,” he says with a laugh.

After a few moments, he adds that it would probably be managing the growing crowds.

“As the lines gets longer, I feel bad for those waiting; some wait 2 hours before reaching the door. We try to put out fans for ventilation and prepare chilled packet drinks for those waiting in line each edition.” 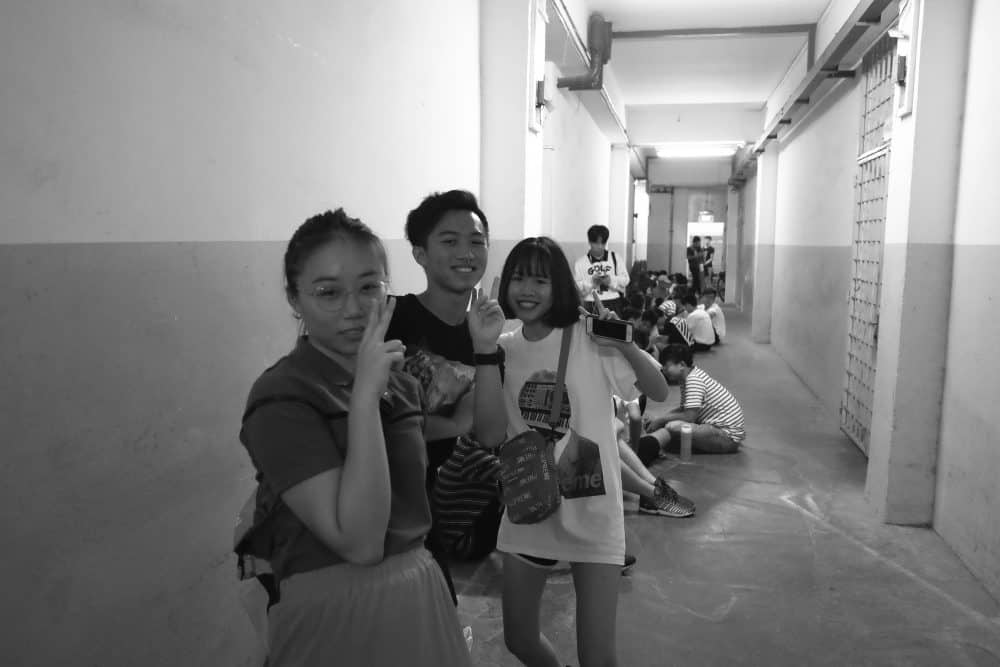 Given how vintage items are in the rage these days, prices of these memorabilia can easily range from hundreds to thousands. However, Deon is just like most of us – not wanting to spend more than what he feels is right on items he likes.

“I’ve never bought anything that I feel is unreasonably priced.”

In fact, his highest t-shirt purchase is an original 1999 Supreme Bling Box Logo t-shirt. While he paid a little over $200, it’s current resell value on the market is about USD 650-700. 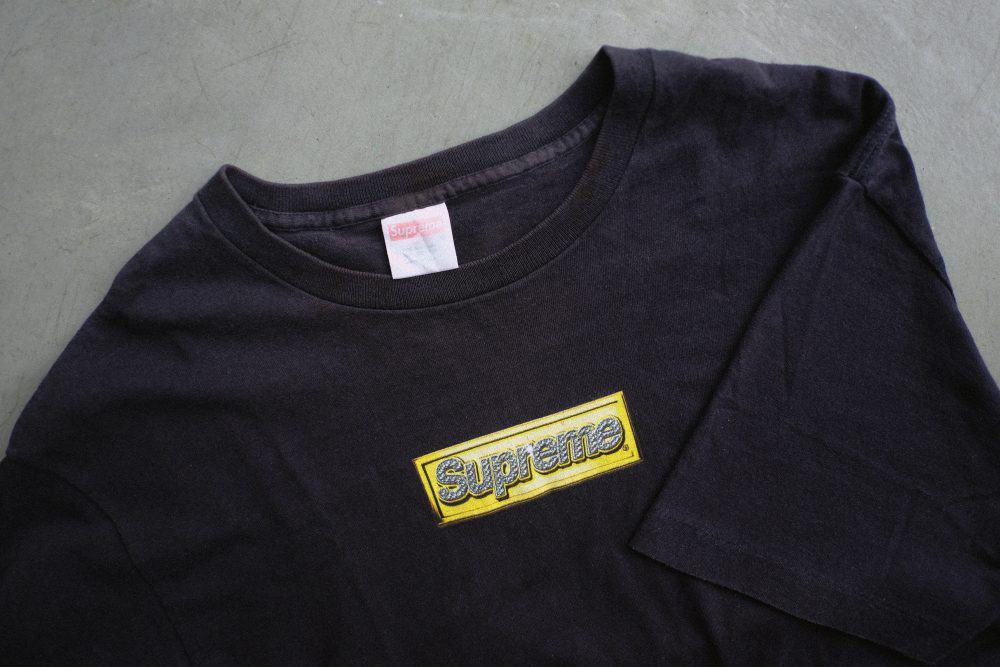 His favourite find over the years also happens to be from Supreme; an orange and red Supreme box logo tee from the 90s.

“It’s really hard to come by a 90’s Supreme box logo tee, especially in such crazy colors. I love that it’s so soft and well-worn, with tiny pinholes and a slight cracking to the print; there’s just so much character to it.” 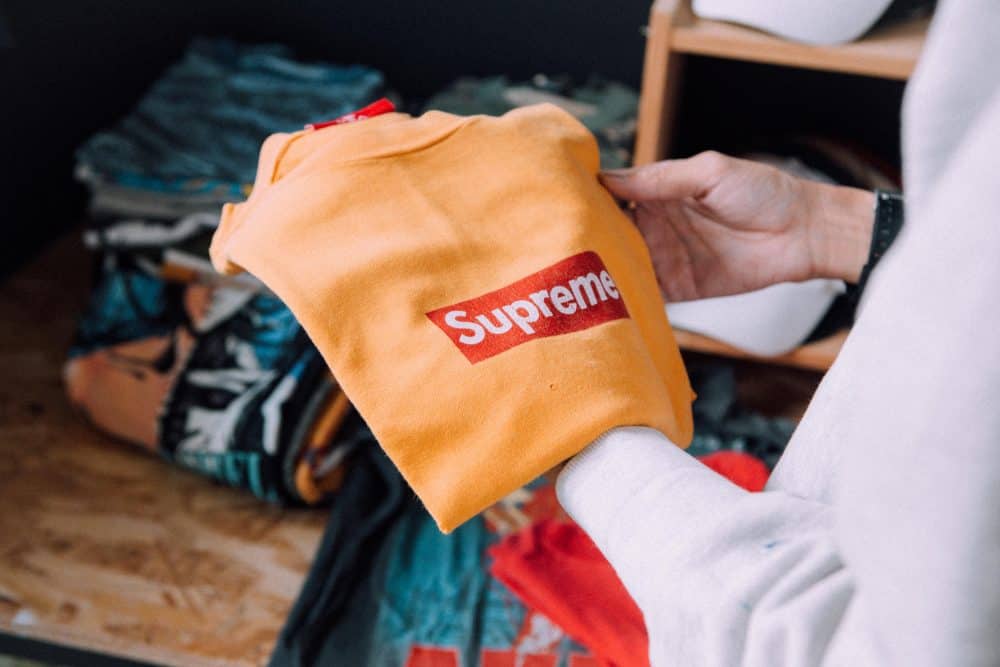 “You can even see a faded design on the back of the t-shirt where it was probably left on top of another tee for a long time, and the design from that tee got imprinted on it. I think this tee would probably go for close to a thousand dollars but I found it for $30.”

Deon’s extensive collection and experience in buying vintage clothing also means that he can now better differentiate original vintage pieces from the fakes/reprints, which is becoming increasingly difficult due to the quality of fakes. 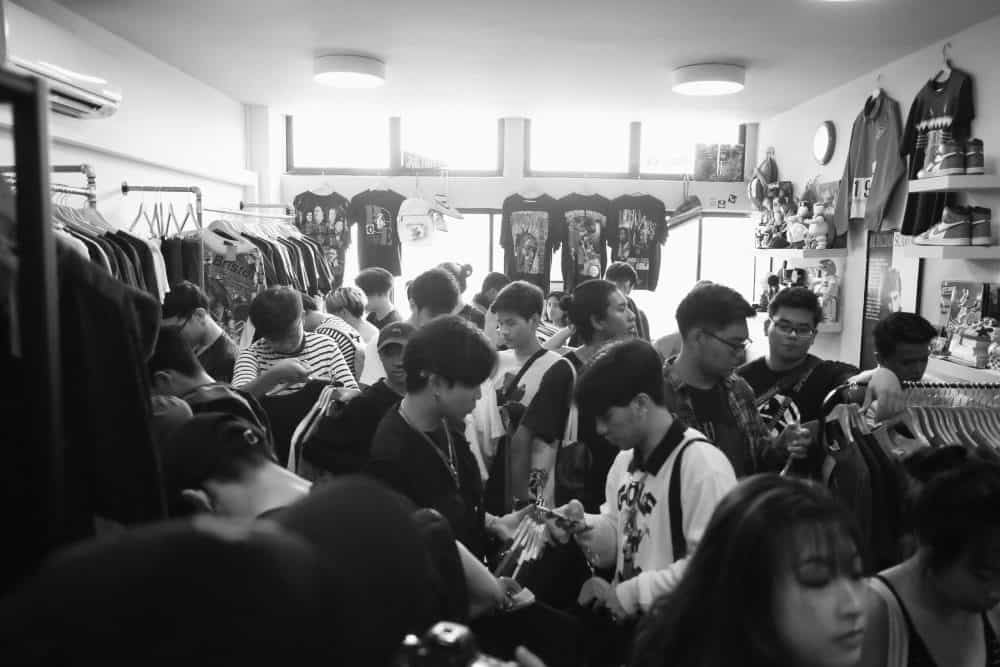 “For me, the hardest to check was Supreme– the fakes were really tough to differentiate and there are a few instances where I also purchased non-authentic items due to my inexperience.”

“I don’t even think the sellers themselves knew the pieces weren’t authentic; that’s how good the fakes are.”

“I was lucky enough a friend of mine was really deep into Supreme and he helped me quite a bit in sussing out non-authentic ones.”

It definitely gets harder for older Supreme pieces. There are a lot to compare with for the recent pieces, but with different tags, fades and stitching for the vintage ones; it’s a whole different ball game.

For my last question, I try to get Deon’s opinion on the Hypebeast trend. I’ve come across many individuals who chase after the hottest streetwear trend while paying exorbitant prices, yet lack an individual style. 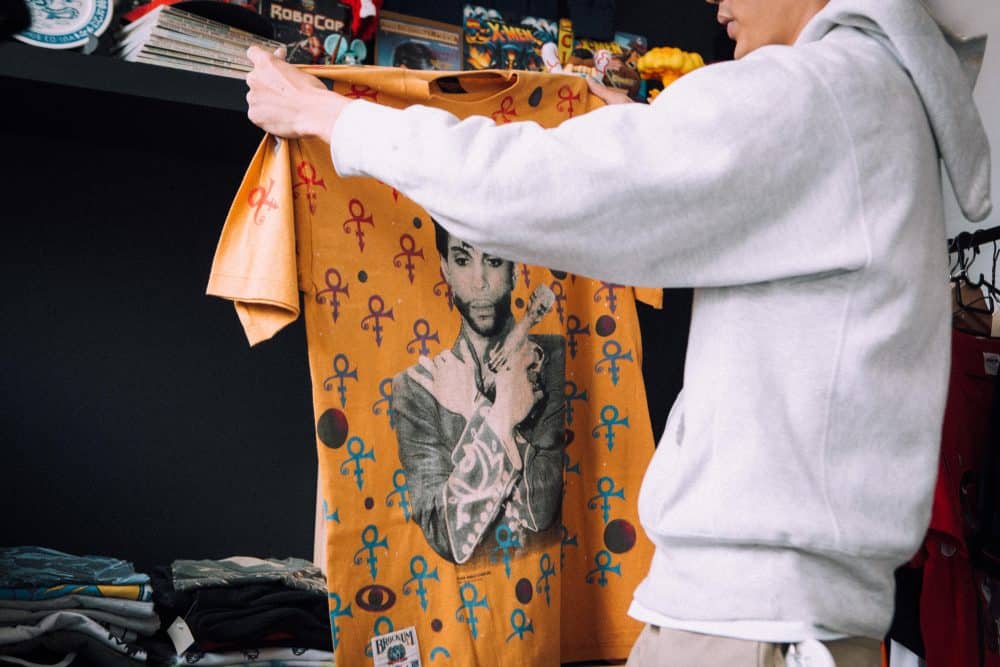 He shares: “I feel what you wear is a representation of yourself. You need to know and understand why you like what you like, instead of having other people tell you what to like.”

He ends off pinching the t-shirt he’s wearing, a Malcolm X tee from the 90’s. 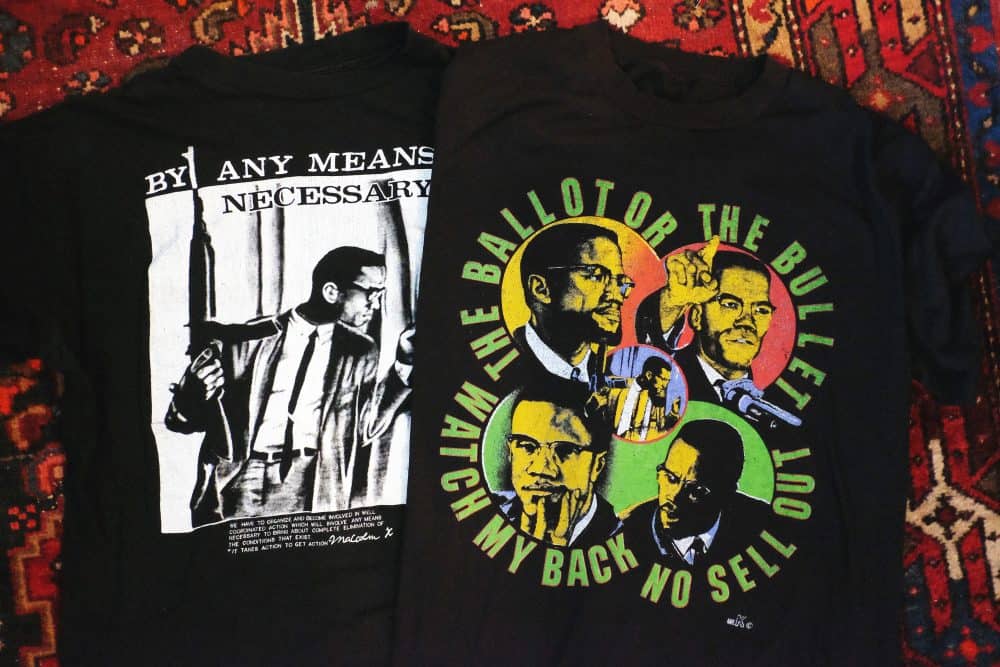 In the near future, Death Threads looks to opening up their store more often in the month to cater to more shoppers. Meanwhile, look out for their 11th edition happening this weekend and click here to stay updated on their future editions.