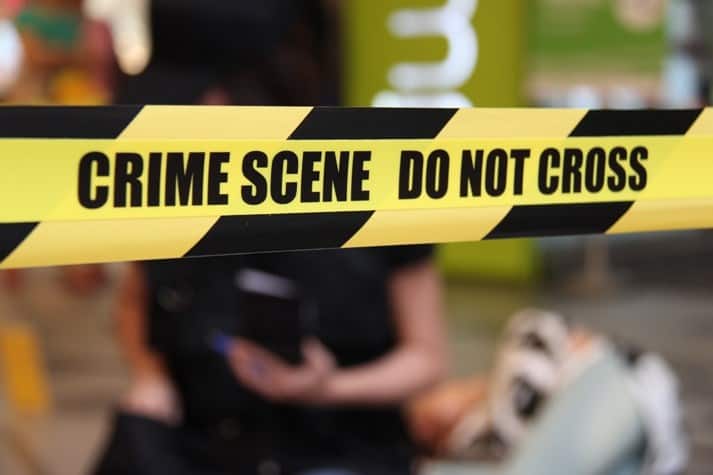 In almost every television drama that involves some action and a murder scene, forensic scientists are called into action – they track fingerprints, test blood samples and solve the case.

Beyond murder cases, however, many of us aren’t clear about what forensic scientists do.

I decided to reach out to local forensic scientists, Crystal and Yvonne from The Forensic Experts Group (TFEG), to find out more about their work.

Both of them said that they became forensic scientists by chance.

“After graduating we applied for jobs that were science or chemistry related. We then saw the job opening and so we applied!”

The pair were glad that they were also able to apply the science learnt in school while serving justice. With a laugh, they add, “it’s because we got accepted for the job too!”

Preparing To Be A Forensic Scientist I asked them if they majored in forensic science, to which they reply that it’s a question they commonly get.

I found out that Crystal and Yvonne actually majored in Chemistry, although they took a forensic science module in university.

Both of them agree that one needs a strong foundation in science, and believe that the rest of the skills required can be learnt on the job. Besides Chemistry majors, there are also forensics who majored in Physics and Biology as well.

Curious, I ask what they do on a daily basis.

“Everyday is a different thing – we can be in the office one day, out to a scene another day; sometimes we attend training sessions, or we head out for marketing purposes.”

They shared that TFEG holds workshops for students of all ages, from primary school to university students. The aim is to encourage them to see that there are various applications of science, to realize that science is not as boring as they think, and to excite them to enter a career related to science – not just forensic science.

“Now the government focuses on youths knowing what are the job opportunities out there, and some schools prefer to start young for their students, which is why we hold these workshops.”

Like many jobs portrayed incorrectly in the media, I expect that the reality of their job is very different.

It’s clear that they think the same way too. Both of them did not have any expectations when they accepted the job.

“We went in knowing that it’s not like CSI. The reality is that it’s not, and so we were not disappointed because we knew we weren’t going to be visiting crime scenes everyday.”

To the pair, most of their cases are interesting to them – all are so different that they can’t single out one to be considered the most memorable. They explained that it’s because every case has a different challenge that they have to figure out.

However, they add that this is also what makes their job interesting – they are constantly exposed to a variety of challenges.

One aspect of their job that they’re particularly fond of is when they’re able to link together the evidence they’ve collected. 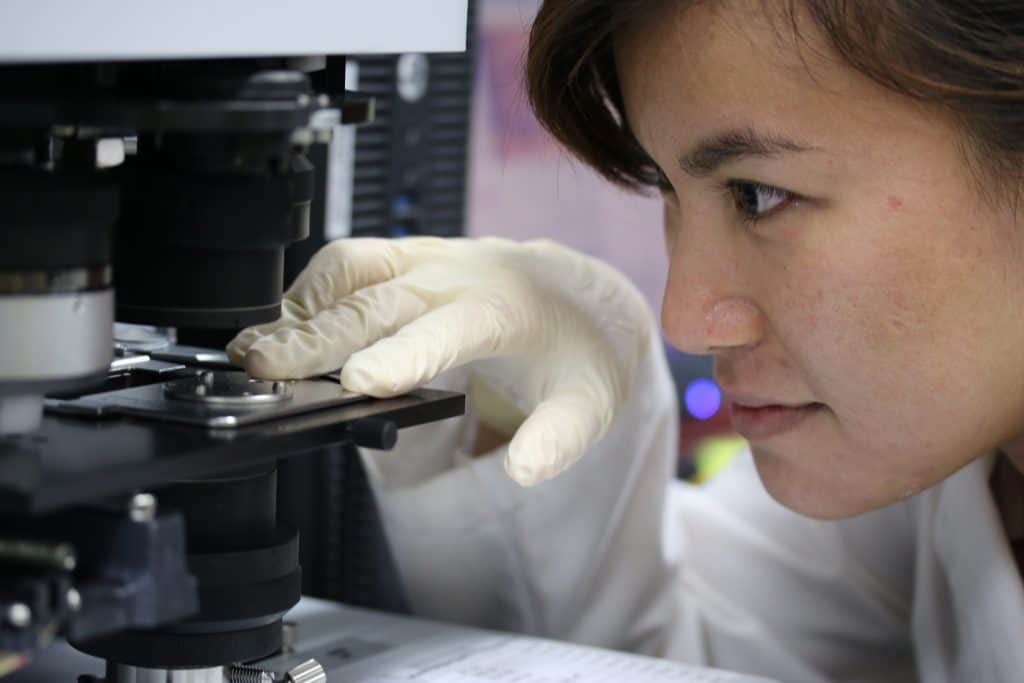 “We work in a team – it’s not a solo one man show, and linking what we find together and having it all make sense in the end is very exciting.”

Some of these include evidence that they collect at traffic accident scenes, or places where work accidents have occurred.

“The scenes that we attend are not always murder, but we’ve had other colleagues who have gone to murder scenes such as the Yishun triple murder case.”

For Crystal and Yvonne, some of the work that TFEG does includes going down to the scene where traffic accidents have occurred – taking measurements of the road and photographing the scene.

They say that these procedures change accordingly to the case as well – they may measure different things instead.

“Documentation is one of the important aspects in the work that we do because we have to be accurate.”

At times, they may face time restrictions and may not be able to return to the accident scene again, so precise planning beforehand is required.

This links to one of the challenges that they face – being able to obtain information for a case in a timely manner.

“For some cases it has been quite a long time back since the incident happened so we can’t get the information required or in a timely manner. There are also those where we only have a short period of time before the case has to go to trial.”

In order to do so, forensic scientists often have to be physically and mentally strong.

“You need a lot of stamina, because sometimes you’re required to be out and about in the middle of the night.”

The pair says that while there may be odd working hours at times, it is all part and parcel of the job.

One of the things that help is being able to work in a team – everyone has their strength and weaknesses, so work becomes enjoyable when one’s strength complements another’s weakness.

“From a simple comment you can generate something very useful in your analysis!”

Compared to a desk bound job, Crystal and Yvonne are glad that they get to take on new cases everyday, and apply the scientific knowledge that they have learnt into their work on a regular basis – such as gathering information and formulating hypotheses.

“We’re glad that we can contribute to society through the application of science.” I can hear the clear enthusiasm in their voice.

As forensic scientists, they liaise with people from all walks of life – lawyers, investigators and the general public are amongst their clientele.

They say that the toughest of clients are mainly categorized into two types – those who require results urgently and yet submit evidence in dribs and drabs, and those who dictate what they want to see in the report.

For the latter, it’s usually a lack of knowledge about the objectivity of forensic science.

“Sometimes we have a forensic report, and they’ll say I want you to rephrase your sentences this way, or they expect that the result will be in their favour because they are paying you.”

However, emphasising and explaining to them the objectivity of forensic science, and the code of ethics forensic scientists abide by usually resolves such issues.

Although Crystal and Yvonne accepted the job knowing that it was going to be different from what has been portrayed in the media, most members of the public continue to misunderstand the role and work of forensic scientists.

One of such misunderstandings is that their work is only associated with crime, and that their services are only engaged when something bad happens.

“Another thing is that most people think that our job doesn’t involve any paperwork, and that we head out to see dead bodies everyday.”

Perhaps, one of the most common misunderstandings is the belief that DNA is the most important when it comes to solving cases.

“There is actually a very wide range of disciplines – trace evidence, blood stain pattern analysis, analysis of unknown materials, tool marks, and questioned documents.”
These different kinds of evidence all contribute to a case being solved.

To know more about The Forensic Experts Group and their newly published book, click here.