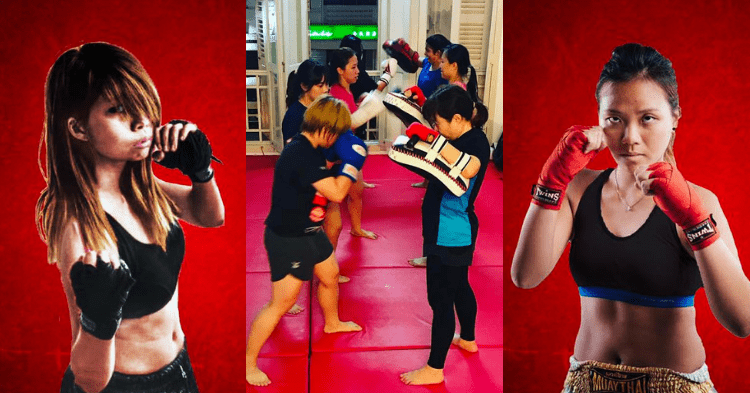 Most Singaporeans have probably heard of MMA star Angela Lee who represents Singapore in fights. Aggressive and unstoppable, she opened the eyes of many Singaporeans to the power of female fighters. But, do you know that our tiny nation boasts other great female fighters too?

Meet 26-year-old Natalie Soh, Master Trainer and co-founder of Encore Muay Thai Gym. Natalie started training at the mere age of 16 under the strict tutelage of highly respected Master Johnnie Yeo, one of the pioneers of Muay Thai in Singapore.

Natalie tells me how it all started. “I was feeling low and lacked self-esteem due to my overweight body size. So, I took up Muay Thai initially as a sport to lose weight.”

However, after getting acquainted with this intricate form of combat sports, she started to develop a passion for it and decided to train competitively. Muay Thai basically changed her outlook on life!

“It gives me a skill, a place to release my emotions and teaches me how to overcome adversity in life. It also motivates me to become a full-time trainer. Never would I have thought I would be able to inspire other ladies out there who have lost hope”, she continues.

Muay Thai fighters are tough as nails and this is because the training is known to be extremely gruelling. This sport, native to Thailand, is also known as the “art of eight limbs” – characterised by the combined use of fists, elbows, knees, and shins.

It is not only a physical form of combat. Muay Thai is tactical and employs the use of strategy, technique and acumen. 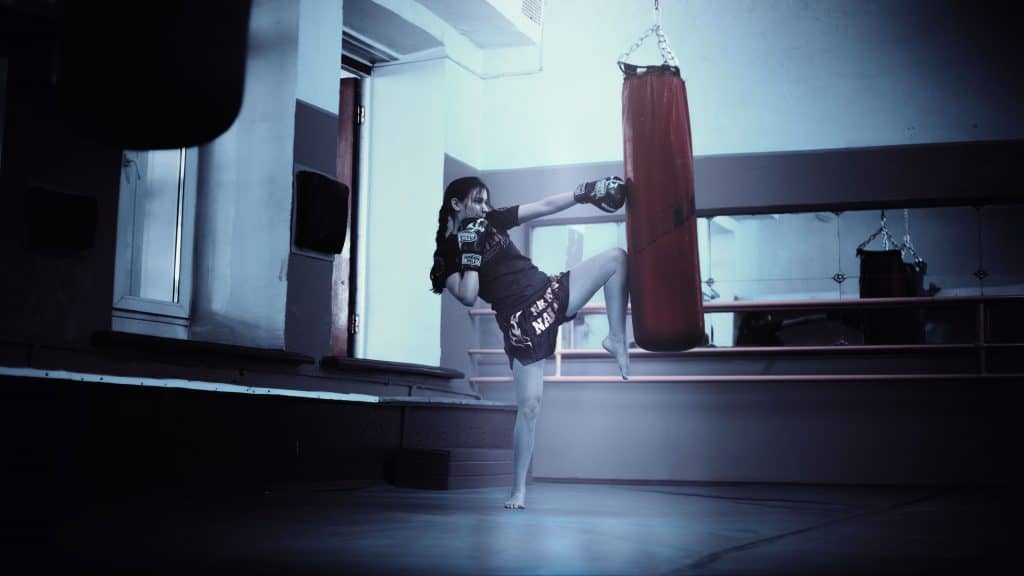 Natalie describes, “I train 6 days a week until one week before the actual fight. During training, I do cardio and conditioning daily so that my body can hit the top form.”

She recounts her nerve-wrecking first fight in the ring. “I was having anxiety about how tall my opponent was. Even though I had always fought with taller opponents, the mental stress of losing was draining me.”

Due to her inexperience back then, she had to force herself to be mentally and physically ready. As a result, she trained doubly hard and kept going even when fatigue set in. In her mind, she remembered telling herself that “the only way is to give myself no choice but to win.”

And win she did.

Do not let their pretty demeanour fool you though, both of them are experienced Muay Thai fighters and coaches! Through their gym, these two young coaches aim to incorporate the art of Muay Thai into fitness and to empower women.

But, why do they only want to cater to females? Apparently, the decision to have an all-female gym boils down to the well-being of their students.

With the increase in females signing up for Muay Thai classes, both Natalie and Vivian realised that ladies feel more comfortable and train better in an all-female environment, especially those with lower self-esteem.

And why do these women come for their classes?

Natalie explains, “The power of strength enables women to feel more capable in protecting themselves and ultimately, their self-esteem and confidence will rise!”

Regardless of its widespread popularity, Muay Thai is stereotypically seen as violent and brutal to many, especially the more conservative ones. That is a wrong notion – according to her, it is more than just fighting until your opponent drops.

This extreme combat sport is a beautiful martial art form that builds up one’s discipline and mental endurance.

Dispelling the misconception and fear, Natalie explains that “it appears to be rough because of the direct impact on another human. We revolutionise by incorporating fitness and health into our courses. I believe that Muay Thai is a good sport for your mental, physical and spiritual health.”

Of course, students can learn also basic Muay Thai techniques and experience the art of fighting with ‘eight limbs’ if you are keen on sparring.

Another obvious benefit is female empowerment. We have seen the recent uprising of women worldwide fighting for equality, liberation and their well-being with the #metoo movement.

In fact, activists and sociologists have named it the fourth-wave feminism – a feminist movement that is connected through technology and seeks an all-encompassing vision of change.

“The current generation of females have a strong mind of their own and they deserve to fight for their choices, their dreams and of course, their confidence.”

Today, their gym studio has over 150 female students with ages ranging from the tender age of 4 to 49. From humble beginnings, the two coaches must feel proud of what they have achieved so far.

Natalie quips: “My biggest satisfaction is that I am able to help so many ladies reach their fitness goals and lose weight. Also, I am glad to be able to pass on my skills to this big and growing family!”

In the literal sense, they have successfully taught many women how to fight. But the real success comes from teaching women how to fight daily battles and be confident to face the punches that life throws at them. Natalie’s parting advice to everyone is that “learning never stops, be it young or old!”