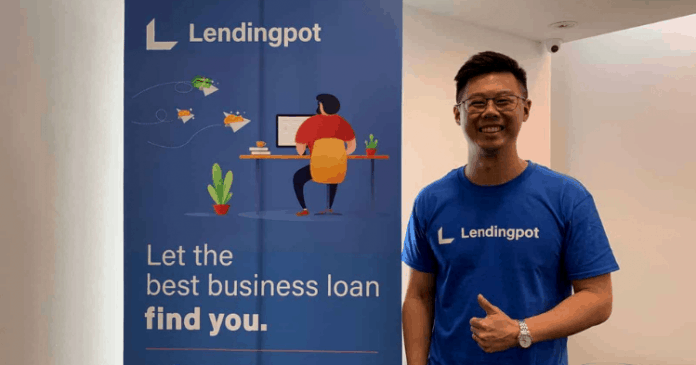 You’ve probably heard of the term entrepreneur, but do you know what intrapreneurs are?

Meet Eric Koh, an intrapreneur at IFS Capital Limited.He is the COO of Lendingpot.sg, a Singapore Business Loan Marketplace that he co-founded for IFS Capital. Established in early 2017, Lendingpot is committed to helping SMEs obtain working capital easily by serving as an intermediary between SMEs and financial institutions.

After graduating from SMU in 2015, Eric worked as a Corporate Relationship Manager at OCBC and subsequently, at IFS Capital, providing loans to local businesses. He often had to deal with SME owners lamenting about the difficulties of obtaining capital, and he began to think about improving the process.

Traditionally, most businesses either apply to each bank individually or engage an expensive loan broker. These loan brokers would handle the paperwork and the application process but would charge up to 5% of the total loan amount that they help the business obtain.

A Gap in the Market 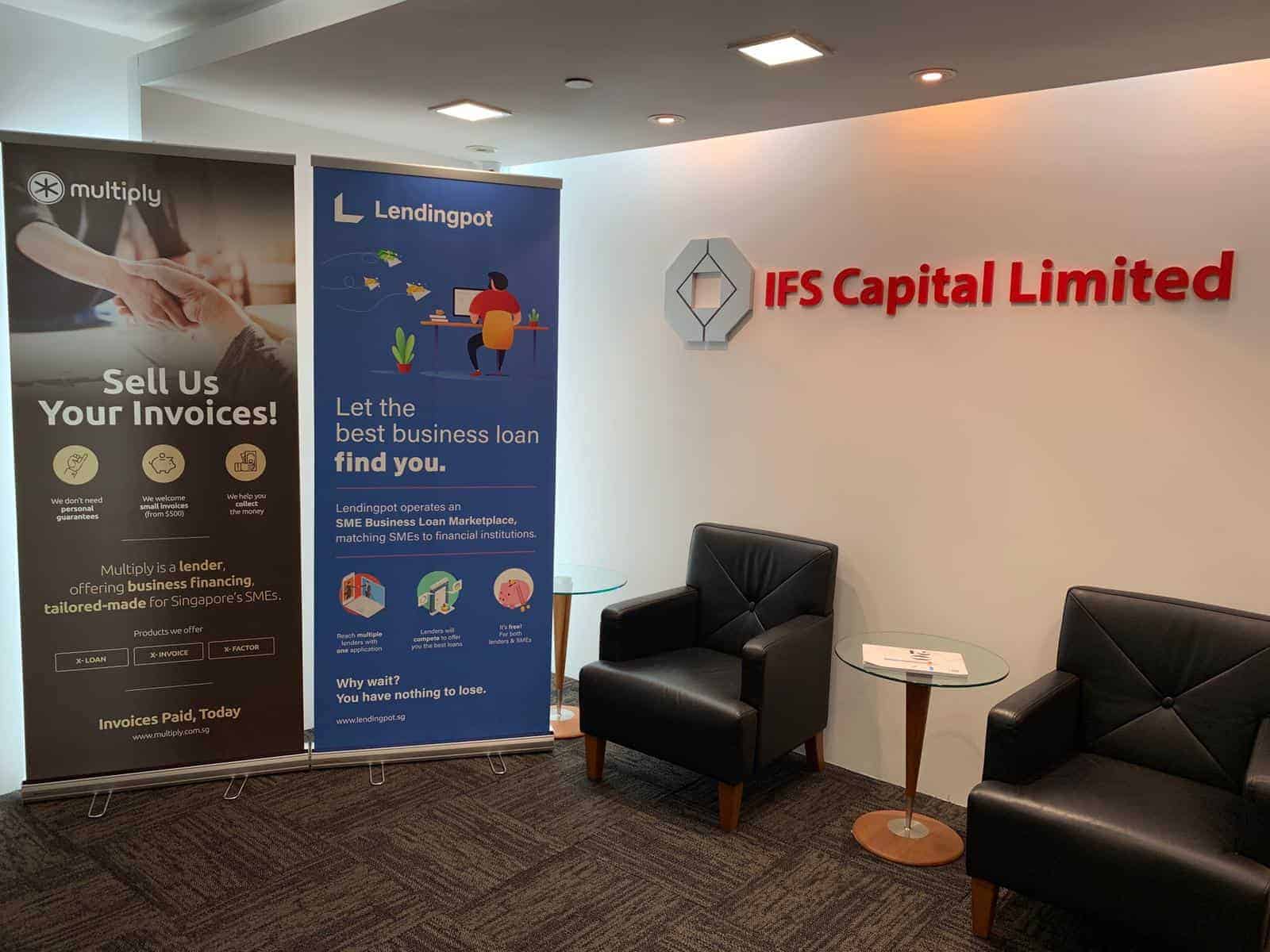 The cumbersome approach to obtaining business loans often takes months. This led Eric to feel that a technological product would be good for the business and the ecosystem.

“I really wanted to make some changes to the business loan environment,” he recalls.

He felt that the traditional approach of getting loans was “not keeping up with the times,” and thus identified a gap in the market which he felt that he could fill.

“I was really passionate about it.” However, he admits that he had little knowledge about running his own business at the start.

It seemed like an opportune time for Eric to pursue his idea since the Singapore Country Head of IFS Capital was tech-savvy and forward-looking. According to Eric, he constantly pushed employees to come up with entrepreneurial ideas for the company. 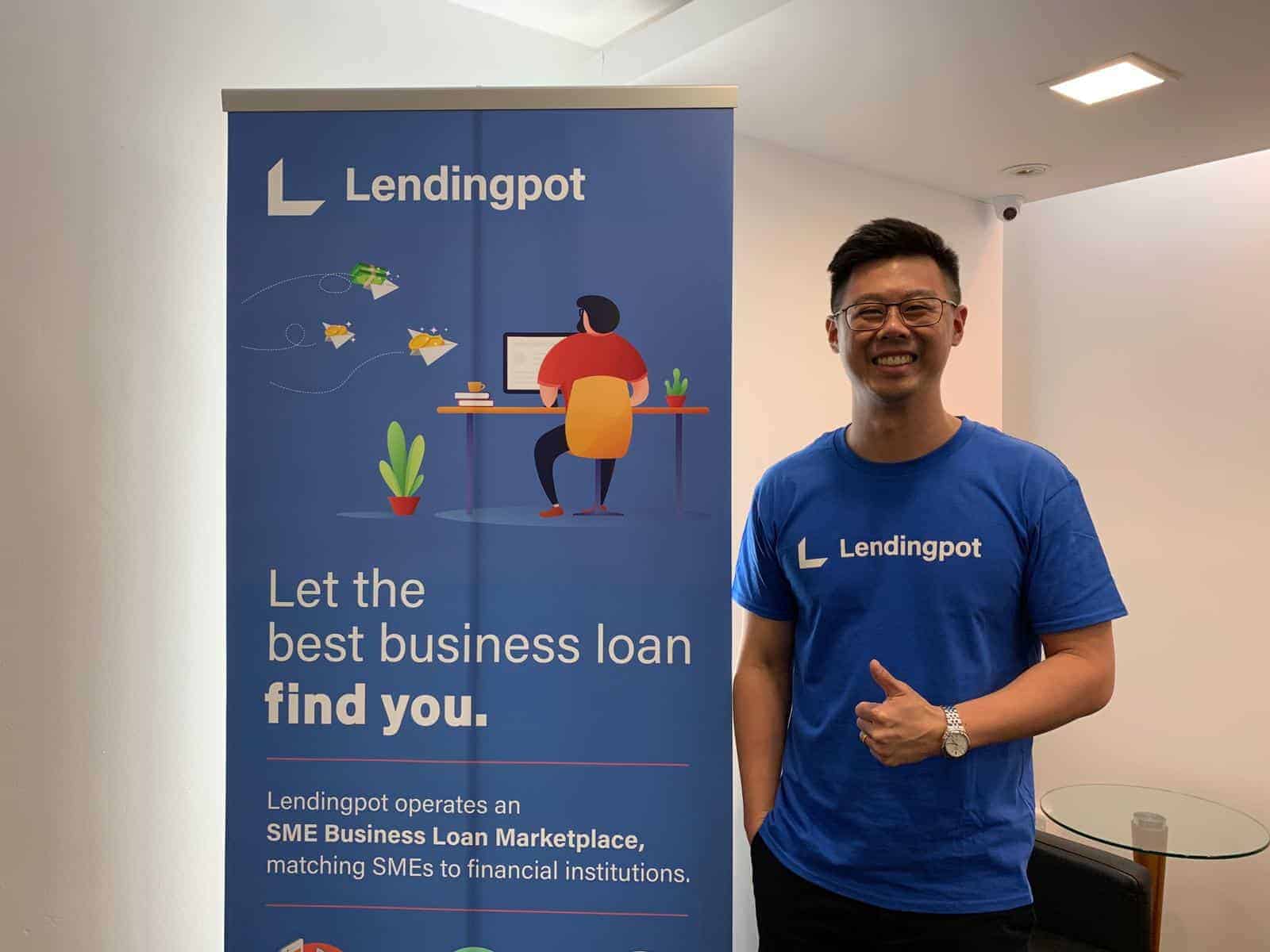 After meticulous planning, Eric decided to pitch his idea to his boss.

“One day I said to my boss:’Boss, can I talk to you? I have an idea.” He delivered a 10-minute pitch to the Singapore Country Head of IFS Capital. The pitch was successful— his boss agreed to the idea right away.

Eric describes the encounter as both a “miracle and a coincidence”, as the Singapore Country Head had a similar business idea at the time.

Filled with passion and conviction, he convinced his boss that he would be “responsible for both the success and failure” of his venture.

According to Eric, the main difference between intrapreneurs and entrepreneurs lie in the risks and rewards of running a business.

Entrepreneurs run their businesses entirely on their own which entail higher risks and potentially very high rewards. Intrapreneurs, on the other hand, do not face these extremes as they are still salaried employees.

This means that while they do not reap the full financial benefits of creating a successful enterprise, they face lower risks if their business does not work out.

He also highlights that intrapreneurs have a longer runway to reach their goals and have a greater opportunity to re-invest their profits.

Eric considers intrapreneurs to be “always in the middle” — they work within a larger framework compared to normal employees.

“It’s more flexible, but it’s not unlimited.” He uses the example of advertising campaigns to illustrate his point.

Eric explains that while Lendingpot may want to create viral campaigns and market itself to a large audience, the company must be mindful of the impact that these campaigns can have on IFS Capital. Lendingpot must avoid activities that will “put the company in a bad light”.

This is just one of the many things within the framework that Intrapreneurs have to consider carefully before attempting.

A Day in the Life of an Intrapreneur

The intrapreneurship route was a good fit for Eric, as he was initially risk-adverse and apprehensive about striking it out on his own after considering his personal commitments, such as family. 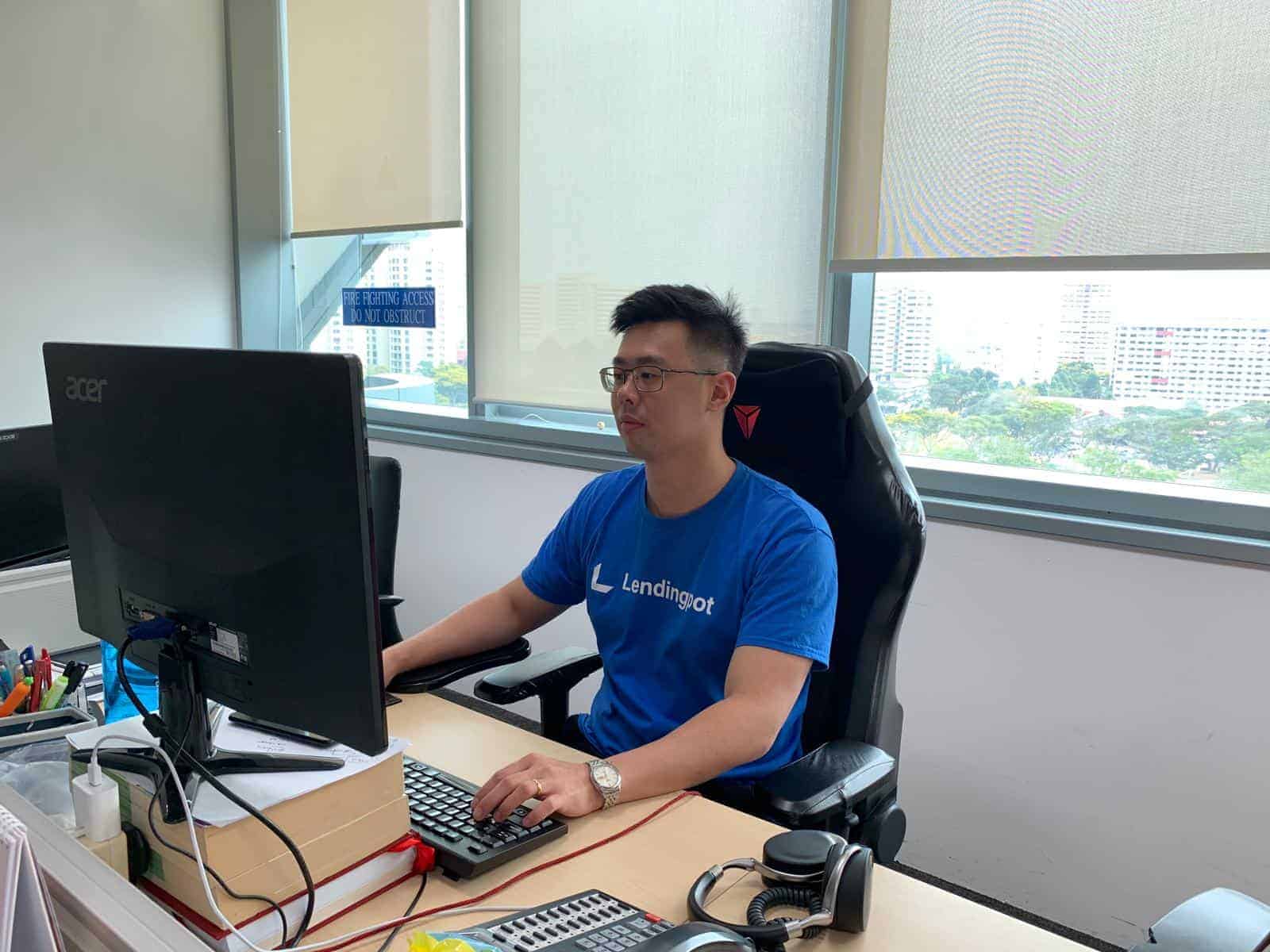 “I do every single thing,” he says with a laugh.

Eric takes charge of a whole suite of tasks related to the business, which include sales, copywriting, creating marketing collaterals, operations and even adjusting his website’s CSS.

While they do hire vendors for technical work such as coding, he often has to do most things on his own in order to keep operating costs down.

Eric finds continuous learning to be an integral part of his intrapreneurial journey.”If you don’t know, learn. It is a continuous process of learning and revising the way you do things to find out what works best.” 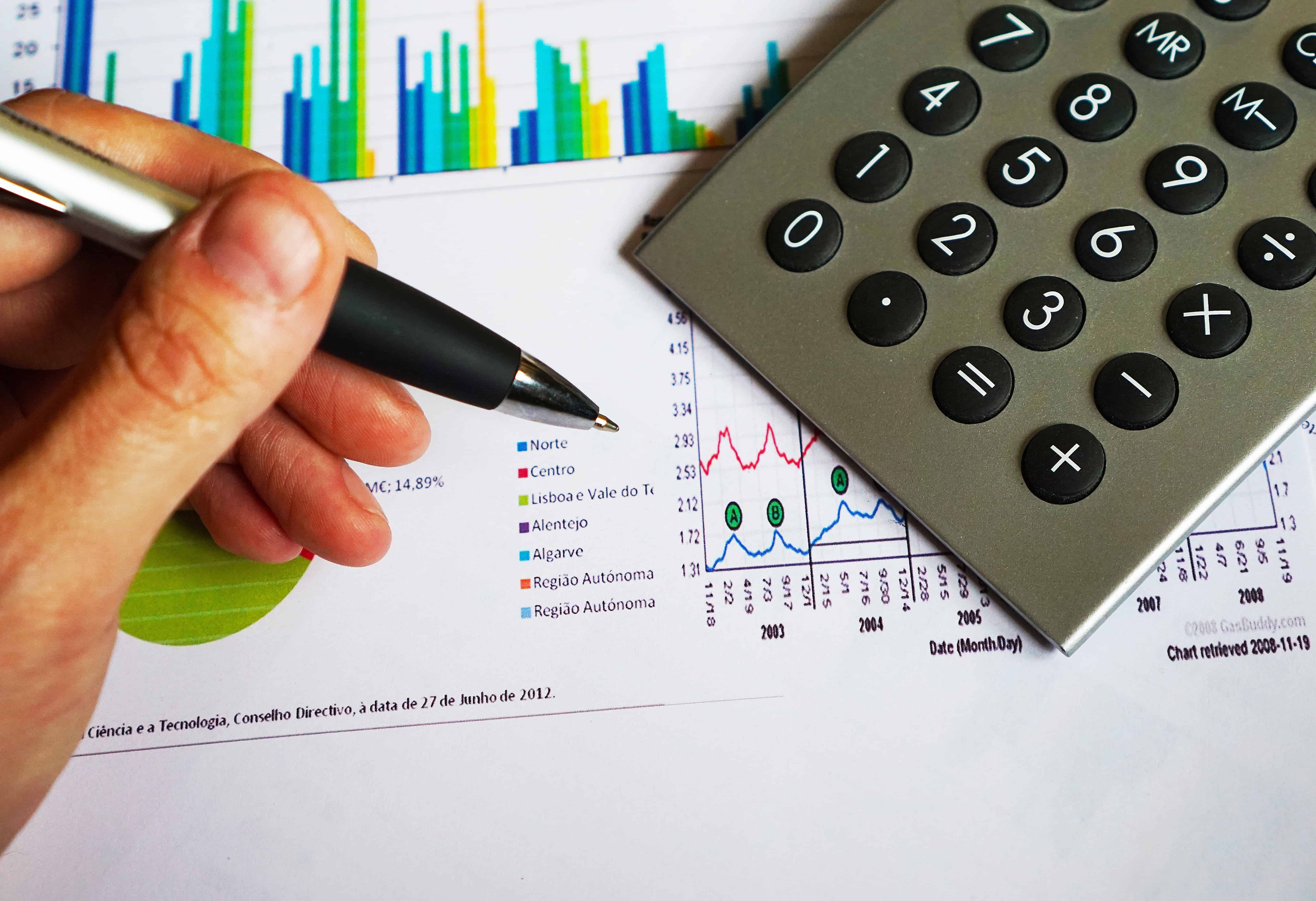 In 2018, they entered a pilot phase to determine whether Lendingpot had a place in the market. In Eric’s words, the team was keen to find out if “competitors would take notice of them; whether SMEs truly needed this service.”

This year, they are hoping to scale the business; establishing partnerships and monetising the business are plans for next year.

Lendingpot’s ultimate goal is to be an SME business gateway where SMEs can come to Lendingpot for “every kind of service they need in their course of operations”.

At present, Lendingpot is the first free business loan marketplace in the world. Their business model aims to provide a platform for SMEs to get working capital quickly by radically changing the dynamics of the application process. 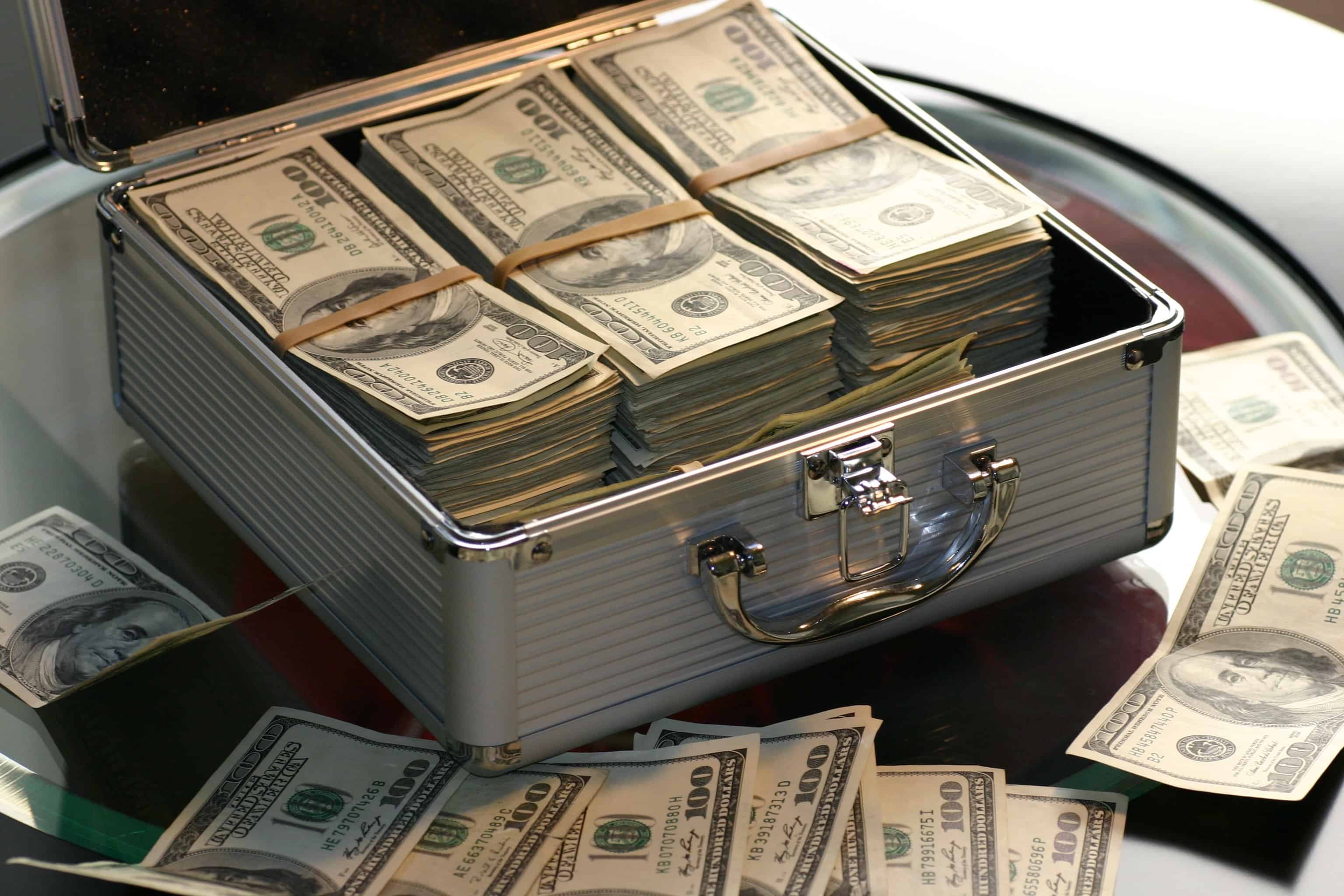 Currently, most financial institutions reject up to 80% of all business loan applications. SMEs are often frustrated as their applications continue to be rejected.

Lendingpot sends these applications to about 30 financial institutions concurrently, where only the interested lenders respond.

Business owners then choose the best offer or the financial institution that offers them the best service. Armed with deep experience in the business financing ecosystem, the Lendingpot team believes it is wise to focus on being a business loan marketplace for SMEs.

Eric also adds that creating just one highly successful product will allow them to create a profitable ecosystem.

“You need a killer app. For grab, it’s transport. For Alibaba, it’s the marketplace and everything else like Alipay. When you have a killer app, that’s when you can really push out your suite of different services.” 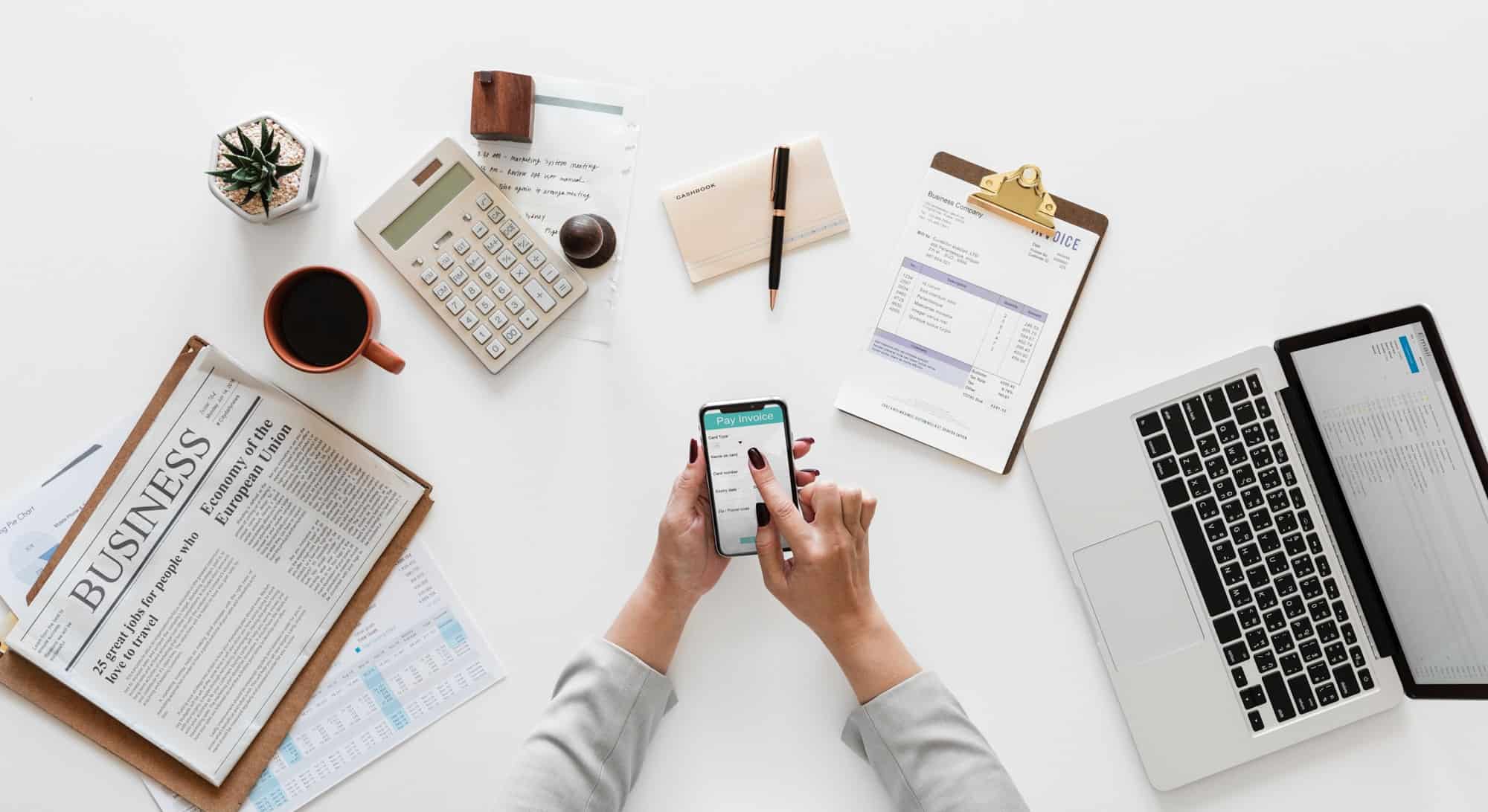 Eric admits that he has learnt much from his ongoing journey with Lendingpot.

“Being in charge of your own business changes your point of view on a lot of things. It really challenges your premises about what’s effective and what’s not effective in terms of business.”

He cites the digital fallacy as one such example. “We find that the more digital we all become and the easier the task becomes, the harder it is to close sales— when we really expect the opposite.”

Eric also points out the emotional roller coaster that comes with running a business, likening the experience to playing a video game.

“You know how in games, the map only shows your area and everything else is black? You have to really walk around and explore, find your way around things. It can be scary; you don’t know whether things will work.”

“When you’re responsible for the ups and downs of a business, there’s no way you can shift the blame to someone else. There’s no room for failure and you have the responsibility to make it work.”

“If you want the freedom, you’ll have to be able to bear the responsibility as well.”

Plans For The Future

The passionate founder of Lendingpot shares that they’re a lean team with big dreams.

“Lendingpot will increasingly become more important in the market as business owners seek an alternative to the pain of individual applications and the high cost of engaging business loan brokers.”

“We foresee a difficult journey ahead. We will continue to engage our stakeholders, work to build trust in our service and provide our services to benefit as many SME business owners as possible.”