One of the most famous cobblers of all time is perhaps the eponymous character in a children’s story who is assisted by three magical elves. Unfortunately, just like the tale, the cobbling trade is slowly fading into obscurity and might soon turn into nothing more than a fable.

Many are unaware that only a few cobblers are trained to construct shoes from scratch. Mr Lim himself has been practicing the art of cobbling for close to a decade.

We met up with the skilled tradesman in one of the busy lanes of Chinatown, off Smith Street, where he greets customers with a warm smile. The weather was scorching hot but the sixty-year-old laboured on as he mended a pair of sturdy work shoes.

From All Walks Of Life

“I start early in the morning, at about 5am and finish close to 7 in the evening. I have had a fair share of back problems over the years due to the physical toll of my craft. Sometimes I spend hours hunched on my work stool before I take the first coffee break of the day.”

“Some days I take three coffee breaks just to press on. Caffeine is my drug,” the boisterous man says with a chuckle.

Mr Lim adds that some days are slower than others, so he passes time by chatting with nearby shop owners or his customers.

“I have met many interesting people; some tourists come to me for emergency shoe repairs – must have been the only pair they brought for their trip!”

The cobbling trade is not for everyone – the footwear you’re handling is not as pretty or new as those displayed in boutiques. 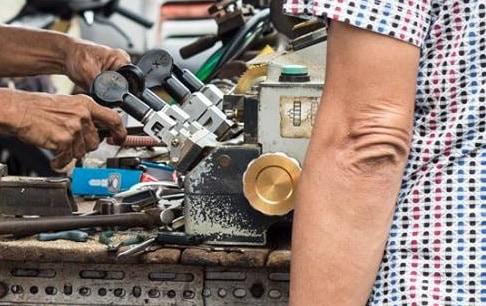 Mr Lim shares why he feels the cobbling trade is in decline.

“I think many people believe in an old taboo, telling themselves that shoes are too filthy to touch. Younger ones might be too sheltered to bother with something as unglamorous as cobbling, they are also uncertain where the wearer has been and what has been stepped on.”

“I think this is unnecessary since we don’t overthink whenever we borrow library books or rent bicycles from the roadside.”

The cobbler is unmarried and lives alone in a small rental flat in the area.

Most mornings, Mr Lim would cycle to different parts of Singapore to set up his makeshift stall. His equipment is kept in a metal toolbox fitted to the back of his bicycle where he straps two foldable wooden stools, one for himself and the other for any would-be customer.

Although he moves around a lot, Chinatown holds a special place in his heart.

“Aside from the convenience of the place, I met my most memorable customers in Chinatown. I once helped a foreigner who worked as an animal performer in Thailand, the kind who would place his head between the jaws of an alligator to tempt fate. I thought it was crazy and illegal! We spoke for an hour and even exchanged phone numbers.”

However, many customers do not linger, they simply deposit their footwear and return for collection later on.

He displayed mastery in his medium as he handled a pair of shoes, which prompted me to ask if he ever considered crafting footwear from scratch. The man nodded, “I do make shoes, in fact, I have been doing it for close to 2 years!” 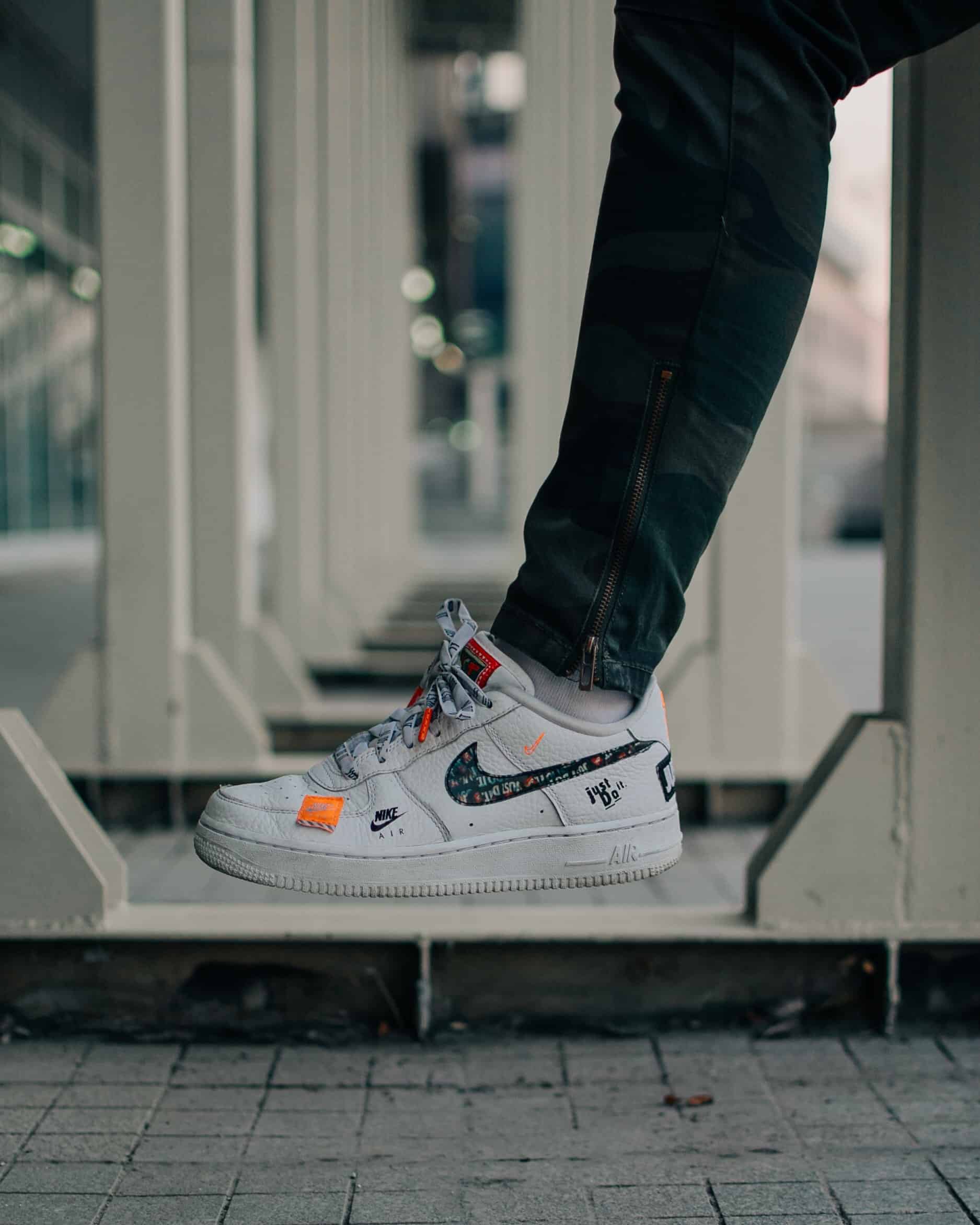 The cobbler then began to tell the story of how he started, “I only got into cobbling 8 years ago. Before that, I was an electrician. Constantly going from house to house, I moved around a lot and noticed that the shoes I bought from neighbourhood shops were easily worn out.”

As he felt that it was wasteful to keep replacing them, he learned how to mend his own shoes. Having been a rather DIY person, he managed to pick up the skills quickly.

“Not long after, I began to feel an incredible sense of achievement each time I fixed a shoe and thought, ‘why not make a living out of it?'”

However, the inner artist in Mr Lim slowly grew bored over the routine.

“I remember being exhausted and collapsing into my sofa after one full day of backbreaking work and thought to myself that there was more than I could do beyond polishing services and heel replacements. So, I started teaching myself how to build a shoe from scratch.”

The shoemaker consulted YouTube tutorials to pursue his newfound calling and recalls his initial frustration. He subscribed to a channel aptly named ‘School of Shoemaking and Craft’, but the learning curve was steeper than he had expected.

“I gained a lot of respect for the master shoemakers. Although cobbling is now second nature to me, I still have much to learn in shoe design and crafting. You need to understand the types of material, the dimensions of footwear, how sizing differs in each part of the world; it really gave me a headache.”

In fact, shoemaking remains a challenge for him and he has only offered his side business to personal relations and mutual friends.

“I will only craft shoes for customers who don’t mind the beginner workmanship,” the man admits with a laugh.

Before we parted ways, I asked if Mr Lim had any concerns regarding his vanishing trade.

“Of course, it is a huge problem if I choose to compete against big brands like Mister Minit. There were many old cobblers in the vicinity then, near People’s Park Complex but the numbers are thinning because they tried going against the machine.”

“Cobbling, just like any trade, must keep reinventing itself to stay relevant, which is why I always try to find out innovative ways to improve my skills.”