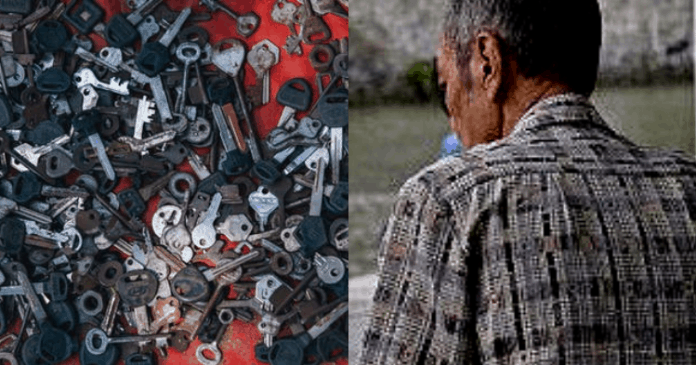 In the early days of our proud nation, people depended on specialists for a few trades that are slowly vanishing. It was a time when illiteracy was high due to post war struggles and the search for national stability.

Teck Wee grew up in a simple kampong in Jalan Liew Lian where there was no electricity.

Currently a key maker, he continues his craft from a quaint portable stall overlooking a quiet street in Hougang.

We spoke to Teck Wee on a hot weekday afternoon, the usual time he wraps up his services. His wrinkled face smiled warmly as he made the finishing touches to the key he was duplicating. He is 78-years old and started key making when he at an age of 10.

The elderly man spoke in English with a mixture of Hokkien as he recounted his story.

“I was about 3 or 4 when the war ended. Of course, in the old days, it was tough to get a spot in school, especially since my parents had many children – finances were bad. I have 7 siblings, only 2 of the younger ones acquired at least a GCE O’level certificate.”

When asked about how he started, Teck Wee seemed surprised but was eager at sharing his tale. He mentioned that few youths would ask about his origin as they tended to be busy with “modern things” such as phone applications and the latest fashion.

Teck Wee is a grandparent who has two millennial granddaughters and he said he never expected them to be interested in the old days.

“If I came from this age, I would be too busy and preoccupied with the latest things to ask about history. Anyway, even though my era is considered healthier, without so many screens and addictive technology, choices were limited,” the man shared as he placed the finished key down on a panel.

On that note, the key maker began to tell his intriguing story of how he found his trade.

He often hung out with a bunch of neighbourhood boys in his neighbourhood area when he was younger. One day, he saw an elderly man who was fiddling with something shiny and innocent as he was, thought it was gold.

The shiny object turned out to be the first time he ever witnessed a key being sculpted and he was immediately fond of the key-making process.

“I called the key expert Uncle Choy and would frequently visit his little stand in our village. My friends would get bored and scold me, so I divided my time carefully between them and my apprenticeship.” 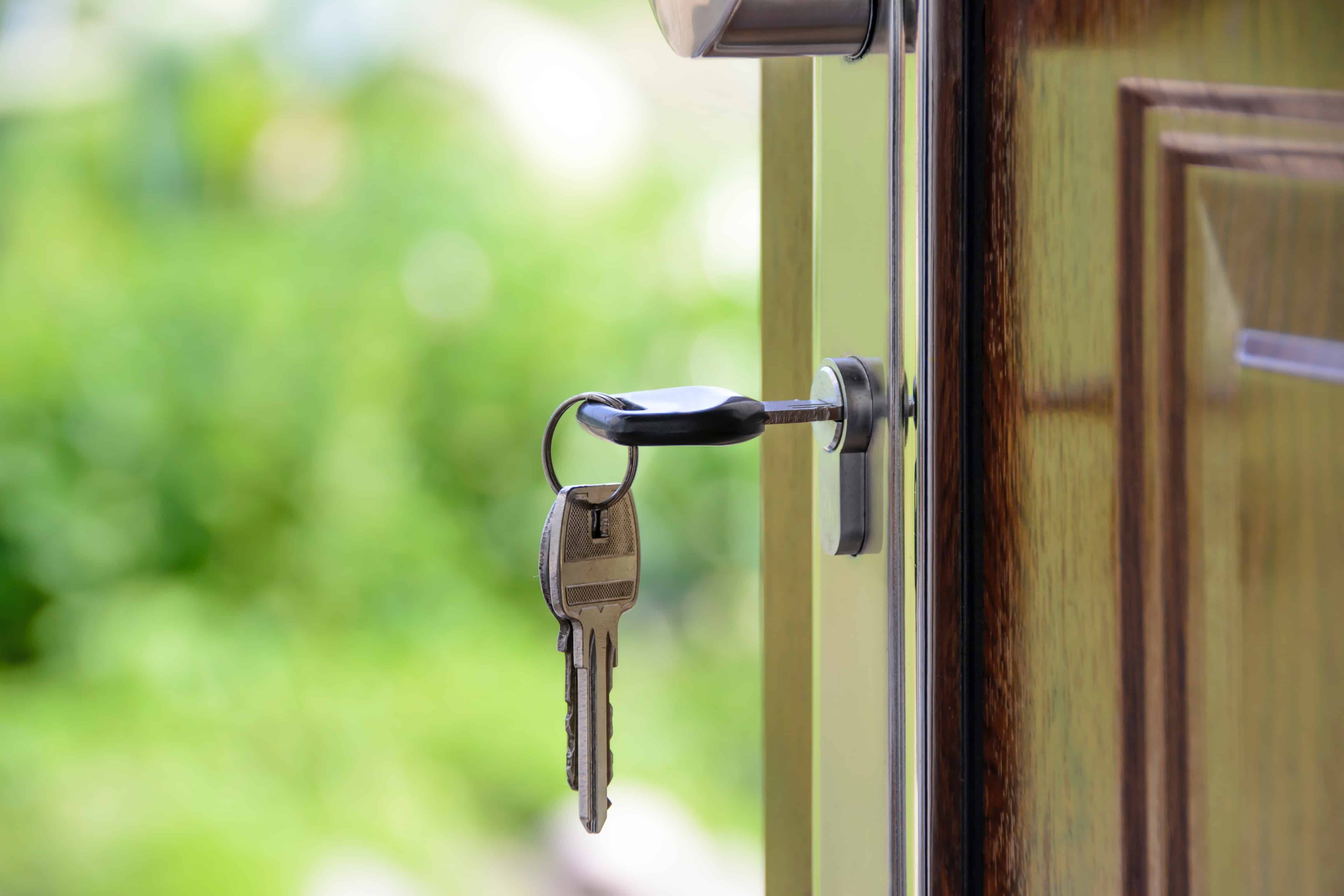 Uncle Choy was already a matured man of about forty at the time when Teck Wee was about eleven. Initially, Teck Wee’s parents were apprehensive of the bond that their son shared with the village key maker, but they soon realised the value of their meetings.

“My parents would dissuade me from visiting the uncle but one day I brought back the first steel key I made, and they were impressed although it looked nothing more than a plain strip of metal with grooves. They were supportive soon after.” 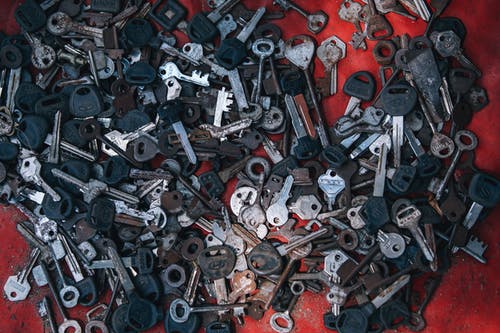 Nobody expected the bond between the older key maker and his curious protégé to last for more than four decades, until the passing of Uncle Choy in 1996 at the ripe old age of 90.

“I took over a bulk of his business when I was about 30 years old, but uncle remained a mentor all the way, even when age was catching up,” Teck Wee spoke warmly with a look of nostalgia set in his eyes.

I asked the man why he has not passed the trade on to his children or grandchildren. He stated two main reasons: he was not keen to impart and that they were not keen to learn.

“I only have one son and he wanted to be an engineer since a young age, so I was not going to overshadow his dream with my selfish needs. I can see that my son and granddaughters do not possess that curiosity and passion that I had for the trade. These things cannot be coerced.” 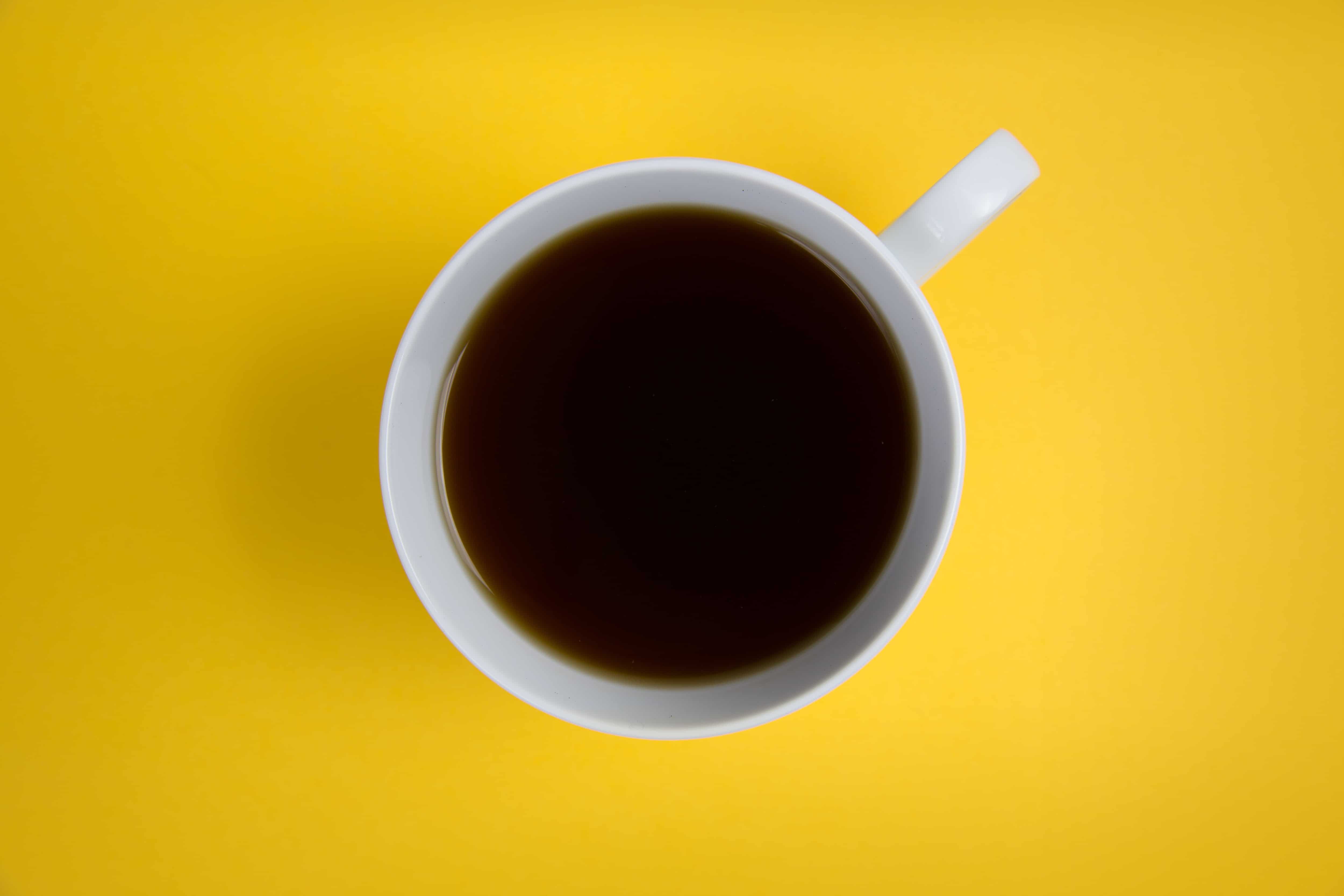 After taking a sip of kopi, the elderly man widened his eyes and swapped his mellow voice for one that was filled with stronger emotions.

“Also, the business is getting bad. There are key smiths at your beck and call nowadays, like most other services. I am too old to go around the blocks for additionally customers, so I lose out. Everything can be ordered online or settled with a call, look at Food Panda, Honest Bee, the world has become so convenient.”

“Locks are also becoming cheaper and in Singapore, because it is so safe, people simply order cheap replacement locks online while leaving their homes unguarded as they wait, can you believe that?”

When asked why he continues to hold on to a fading trade, the warm smile returns to the cheeks of the key maker.

“Legacy and meaning, not the money. My son gives me enough, me and my wife are happy, but I continue to do what I do out of pure stubbornness and passion, nothing else.”

I asked if there were any parting words he wished to share with the new generation, the lock maker said:

“I am grateful for this opportunity to share my story and the difference between big businesses and humble tradesmen is that you can always sit down with us for a chat while we assist you, it is part of our old culture – to treat every customer like family.”