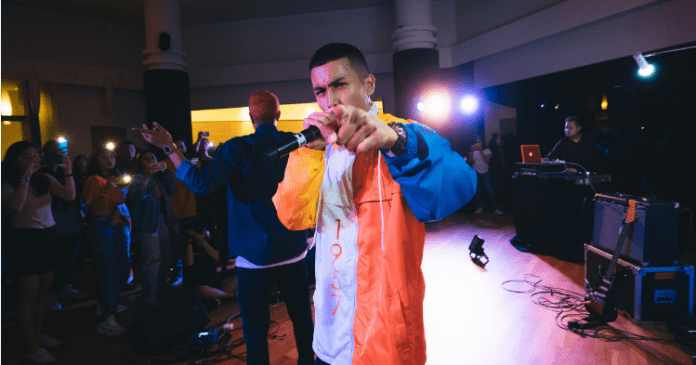 I must admit, my knowledge of local rappers is fairly limited – I’ve only heard of bigger names like Shigga Shay, but my chat with Axel Brizzy previously made me realise that there’s talent waiting to be unearthed in our local rap scene. Of these raw gems, another rapper that I’ve come to hear of is Fariz Jabba.

At the mere age of 22, Fariz Jabba is already an established bilingual rapper. His rap consists of an amalgamation of Malay and western pop culture, which has been widely appreciated among fans in Singapore.

Fusing old and new lanes of hip hop and R&B, Fariz is making his mark as a force to be reckoned with in the scene, and has since performed at a number of events including Yo!MTV Raps, Shine 2018, and more recently – *SCAPE Invasion’s Back to School Festival.

We got to find out more about Fariz’s journey and his inspirations.

To my surprise, Fariz was only 8 years old when he heard Hip Hop & RnB music for the first time. “My brother, Fakkah Fuzz introduced me to a whole new world at a very young age.” 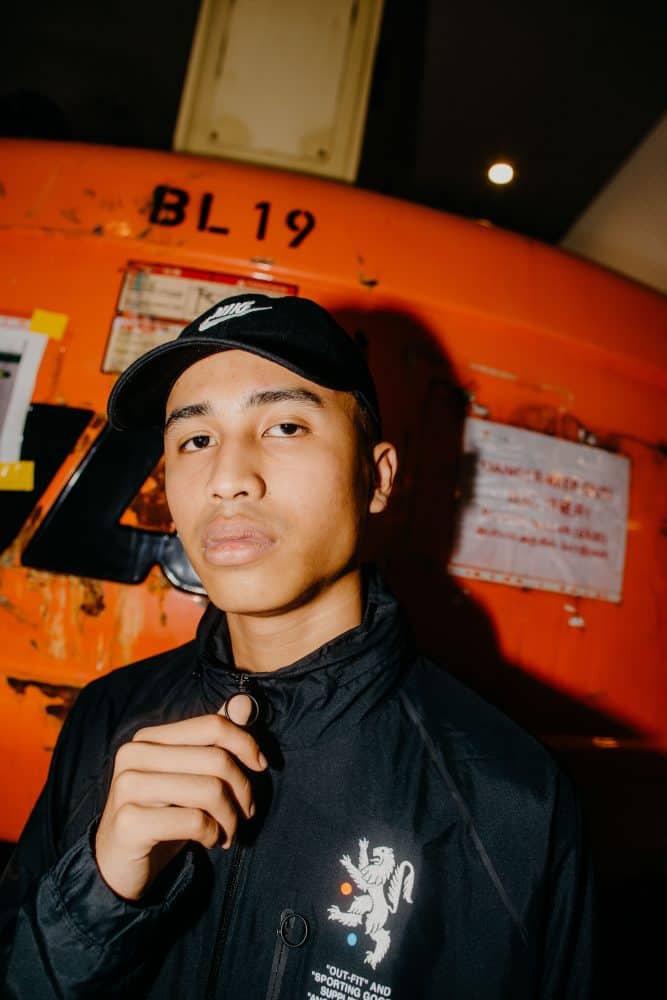 While many of us would probably wish to be aspiring rappers and musicians, not many of us take the first step, given that it’s a career many consider unstable.

This is where Fariz is different, which he says it’s because “something told me to go for it 100 percent and not look back.” Fariz took the plunge and quit his job – which, for the record, he doesn’t recommend if you’re not financially stable – and did music for “6-7 long starving months” before he earned his first dollar from music.

Just like most of our friends and families, Fariz’s family was rather doubtful about his financial and physical health, worrying whether or not he was getting enough to eat. Eventually, they supported him fully and made sure that he stayed happy doing what he was doing.

The next thing I was interested to find out was Fariz’s inspiration. Every person probably has a favourite artiste, and perhaps even more so for musicians. It shapes their craft, and affects them in more ways than one might realize. 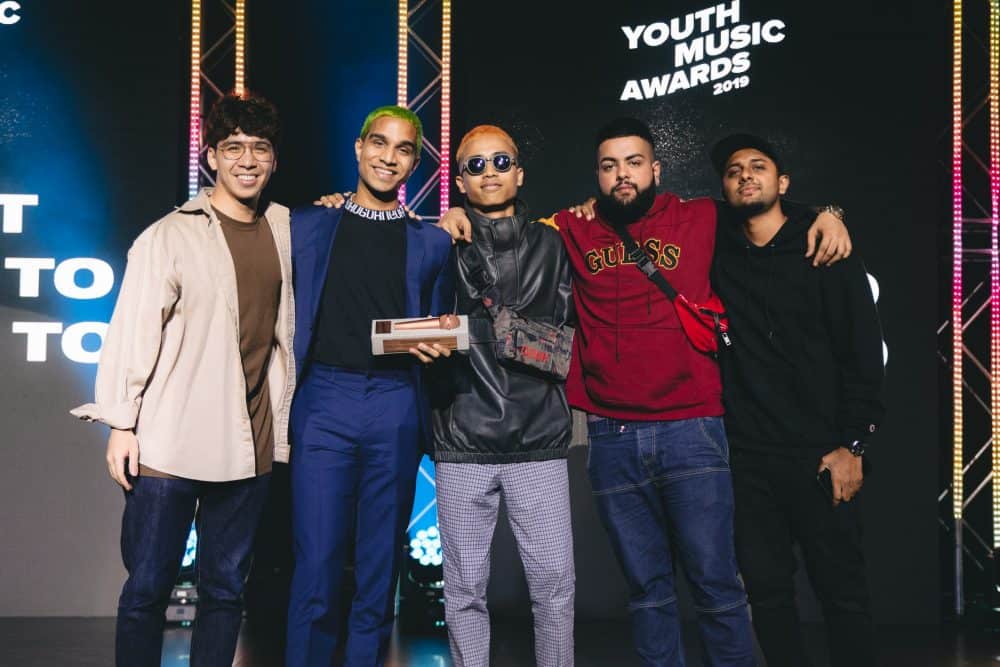 To date, Chris Brown inspires Fariz the most. “This man has shaped me artistically through his stage performances, fashion style, vocal runs, genre of music and the list goes on.”

Yet, there’s more to what made Fariz the artiste that he is today. He credits 3 mentors who have helped him in his journey thus far – his brother, Flightsch, and Shorya.

“My blood brother, Fakkah Fuzz, being 10 years older than me basically taught me everything I need to know to be a man. Flightsch, my manager/producer/ brother helped me to understand the values of being a proper human being as well as how I should carry myself towards people. Shorya, also my producer/brother taught what it means to be generous and forever giving to the people that you love.” 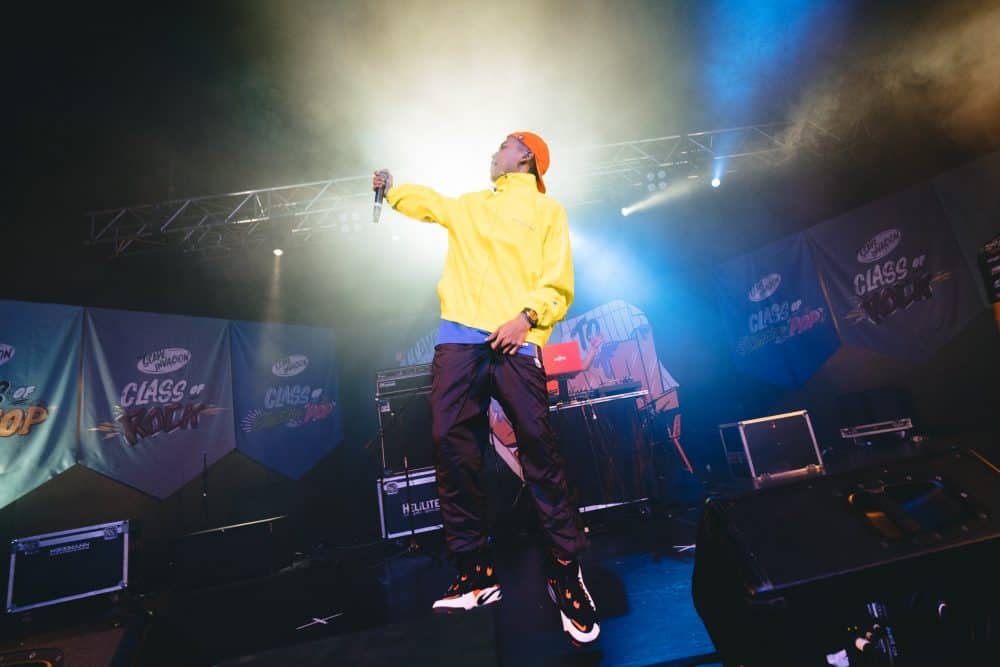 Fariz’s path to success sounds like a dream came true – posting home videos of short raps and remixes that went viral on social media. In fact, his music video for ‘Ape Sia’ has hit 885, 000 views on YouTube within two months.

For this viral song, Fariz says that the term is commonly used in Singapore and Johor Bahru.

“I thought it’d be cool to connect the dots with Ape Sia. We came up with it organically after I blurted it in reaction to something Raja did. Slowly and collectively, the idea grew bigger and became what it is today.” 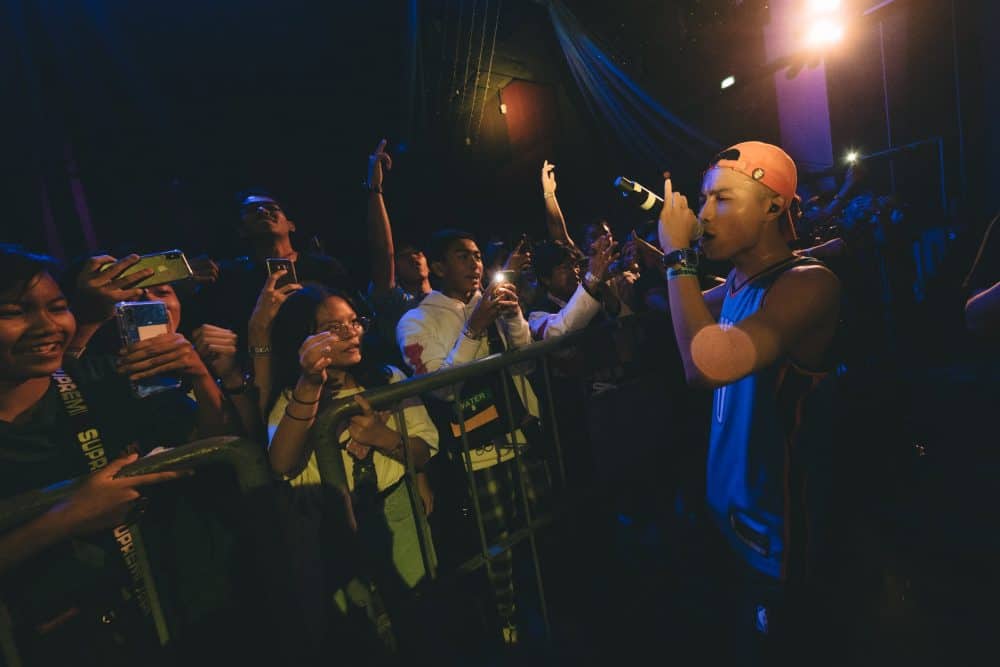 Thus far, Fariz feels that the 16 Baris concerts were the most memorable because of how wild and groundbreaking the response was to Hip Hop, adding that it’s never been like this in this part of the world. “Hip Hop is in, and here to stay and we’re making sure of its longevity!”

However, the journey definitely hasn’t been a bed of roses either.

One of the biggest challenges that he’s faced involve balancing his finances and trying to sustain himself in the early stages of his career. Other than that, he says that having to balance his artistry while finding ways to earn money was one the hardest things he has faced in his life. 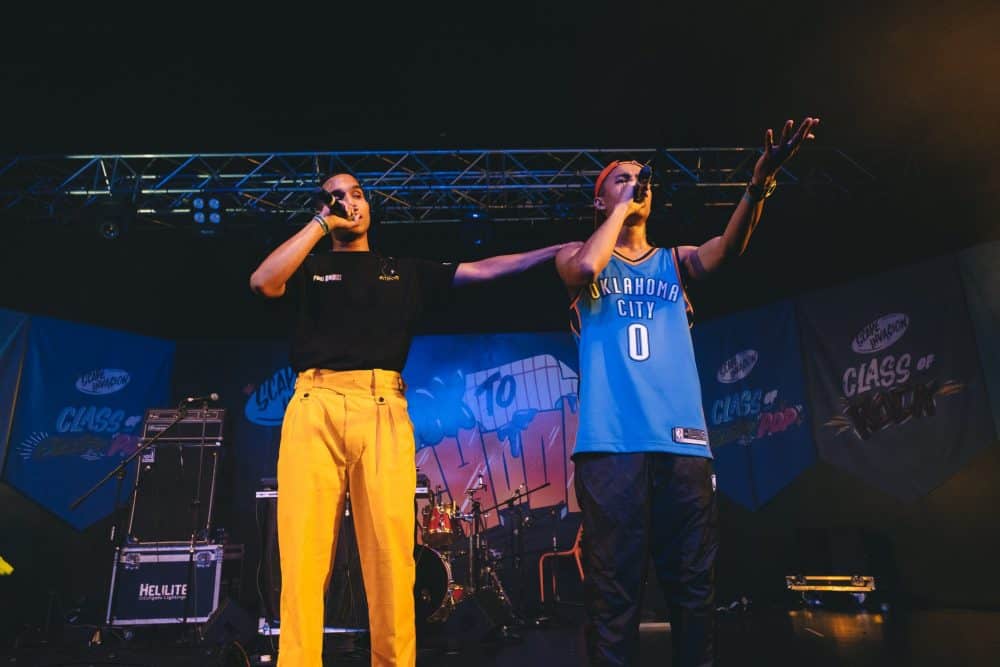 In the future, Fariz says that fans can  expect a new Fariz Jabba expanding his genre library. “If I said anything else, it’ll ruin the surprise!”

Having been granted the opportunity to take part in the *SCAPE INVASION School Tour and bring his art to youths across different schools, Fariz admits that he’s honored that he was given an opportunity to reach out to the youths in such a manner. After all, being there to show his art could be inspiring to a student that has a similar interest in the field.

“I mean, putting myself in their shoes, I’d be really motivated to venture out into my passion for art knowing that it’s possible for me too!”

*Credits for all images:
Danial Isaac and Henzy David