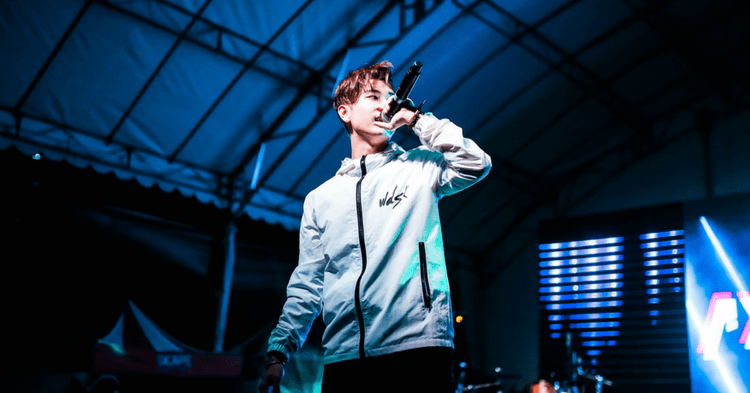 What were you doing when you were 21 years old? A majority of us were probably worrying about our next phase of life while studying or serving NS. However, Axel Brizzy seems to have it all figured out. You might even say that he has achieved more than most of his peers.

Having released his EP titled The Prologue recently, it reached #1 on our local iTunes Hip Hop/Rap chart, and #2 on the overall chart right behind Charlie Puth – all on the same day.

Armed with his boyish good looks and impressive rap skills, Axel is currently pursuing a Diploma in Music and Audio Technology in his second year at Singapore Polytechnic.

Before this, Axel had no music background. He admits that he initially struggled with having to learn how to play the keyboard and music theory from scratch amongst other things.

2015 was the year that his interest in music peaked.

“I got very interested in rap music – especially writing. I got myself a brand new notepad just to write lyrics.”

Man On A Mission

Axel’s journey began with a crew that met through Twitter. While all of them had an interest in writing and doing rap music, a lack of a mentor in the group meant that there was no progress for an entire year. 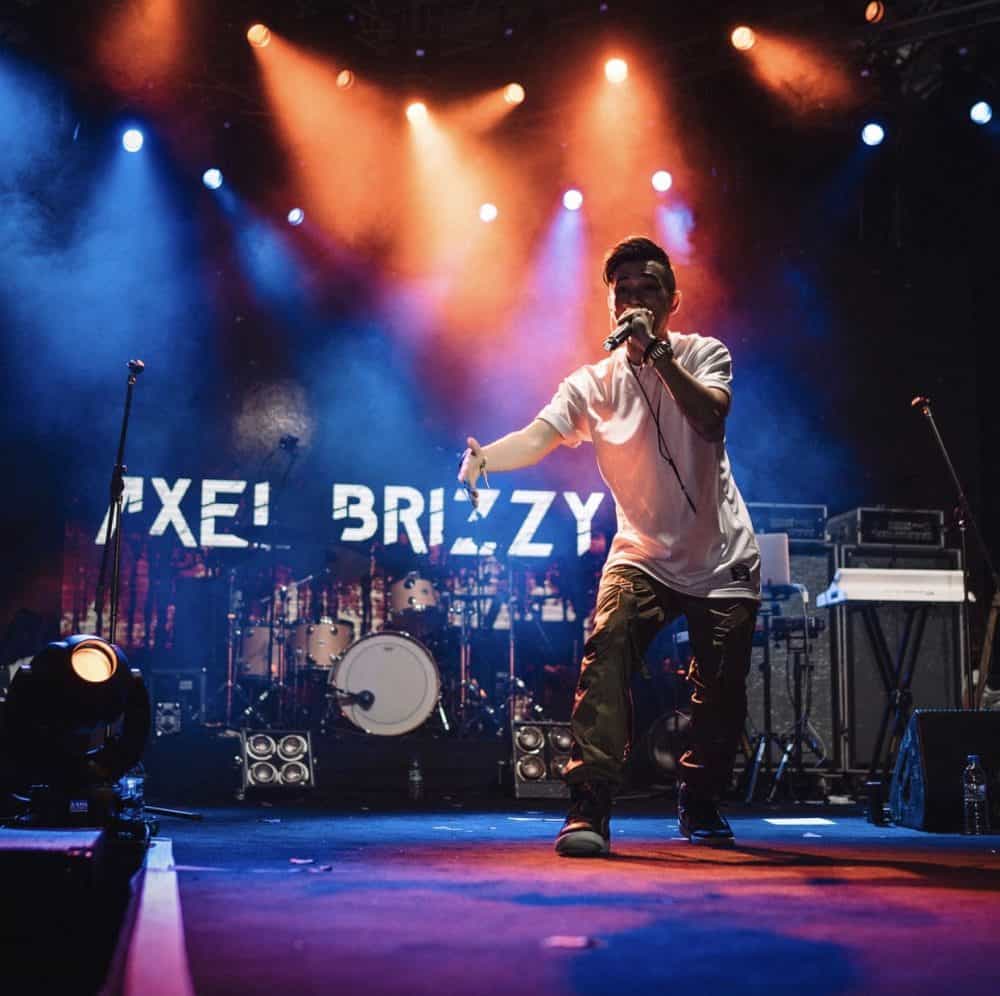 It was only in 2016 where he got to meet different people from the local rap scene such as Hisham Tha MC and Han AKA Han Solo who imparted their knowledge to him.

“Hisham is the one that brought me in to the team and taught me different stuff about how to write properly, and also connected me with different people. That kickstarted everything that I’m doing now.“

That was also the year Axel first put out his debut single. Since then, his hard work has paid off, which he thanks his mentor for: “I definitely got to where I am because of Hisham too.” 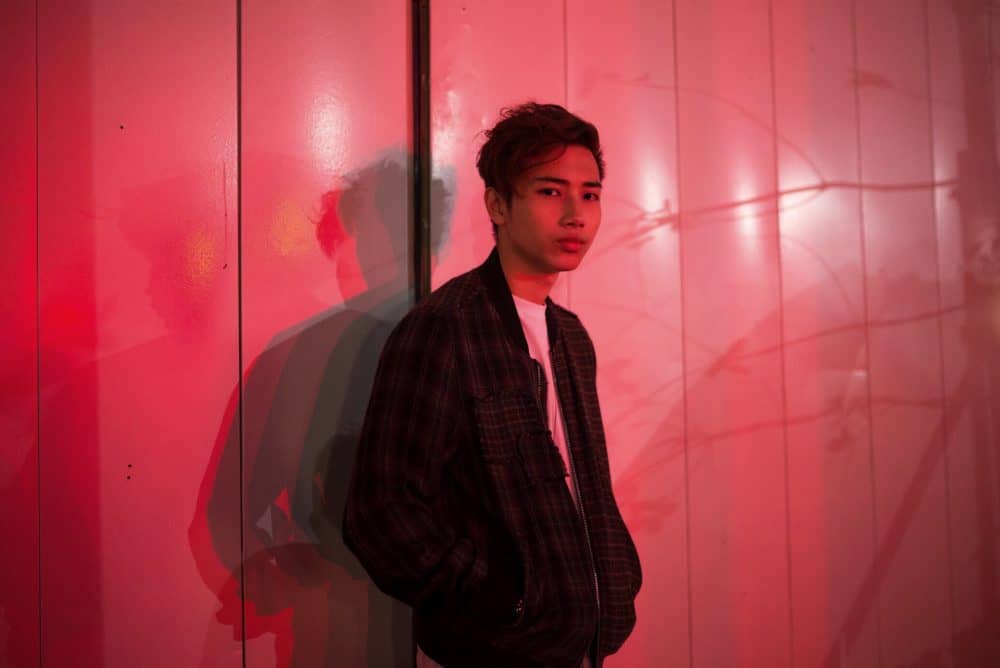 While I’ve personally met a few aspiring singers, it’s my first time coming across a young rapper. In a country where it’s tough to become a musician – why rap?

Axel laughs, telling me that his parents have asked him the same. Before pursuing rap, no one else in his family had heard of rap music.

He begins recalling his first exposure to the genre: “I think it was when was Soulja Boy came out with their songs – Kiss Me Thru The Phone, Crank That, and so on.”

“When I was in Sec 3 or 4, Love The Way You Lie by Eminem was on the radio, and I think that one song made me very interested in rap.”

After watching the music video later that day, he spent his time researching on the Hip Hop culture and discovered other artistes such as Childish Gambino and Tyler The Creator.

These days, Axel often writes his lyrics on public transport due to his busy schedule.

“Perhaps it’s only when I’m doing an assignment for my course which needs me to write, do I get to sit down and write.” 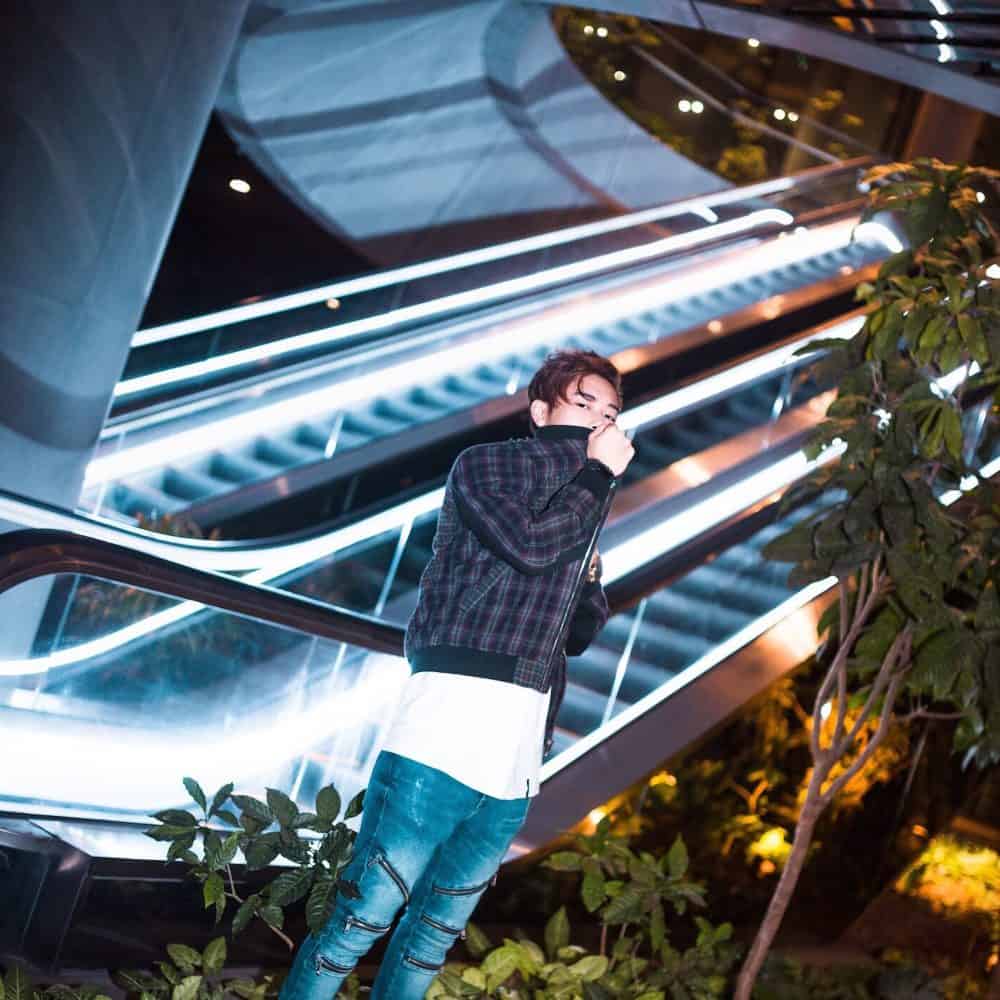 While he used to pen down his feelings and random thoughts, there is now a concept or direction that he often has in mind for his songs. He explains how his song Trigger Happy had lyrics that revolved around his idea of the phrase. Of course, there are days when inspiration strikes.

“Certain songs happen when inspiration comes and I just write. But now I think it’s important for me to have a direction; know where I want to go and build everything around it. “

If you’re wondering what exactly a 21 year old could be busy with, you’re not alone. Axel explains that his busy schedule is due to the lack of a manager. In short, Axel is a one-man agency. 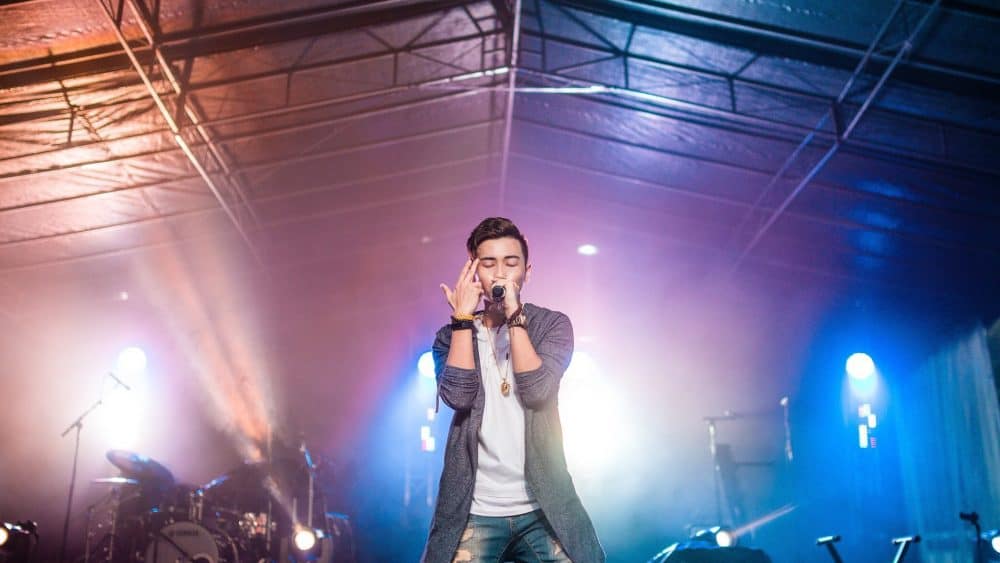 He handles all emails, social media updates and requests, as well as the press. On top of these, he has to juggle schoolwork and performances while working on new tracks.

“It’s good and bad – the whole process becomes very transparent but at the same time, if I don’t manage my time well it’s very hard to get things done.”

Unsurprisingly, Axel sacrifices sleep – averaging 5 hours a day or less. While he admits that he used to consider it a sacrifice, now he views it as staying up with a purpose.

While I can’t imagine myself going through that daily, he jokes about how his lifespan will probably shorten because of it.

To date, Axel has had a few memorable shows – SHINE Festival, SCAPE* Invasion festival at SCAPE*, and more recently Glowbeat, where he was a part of the lineup among other well-known local acts like Jasmine Sokko.

His biggest achievement, however, would be reaching the #1 spot on iTunes’ Hip Hop/Rap Chart and #2 on the overall chart. 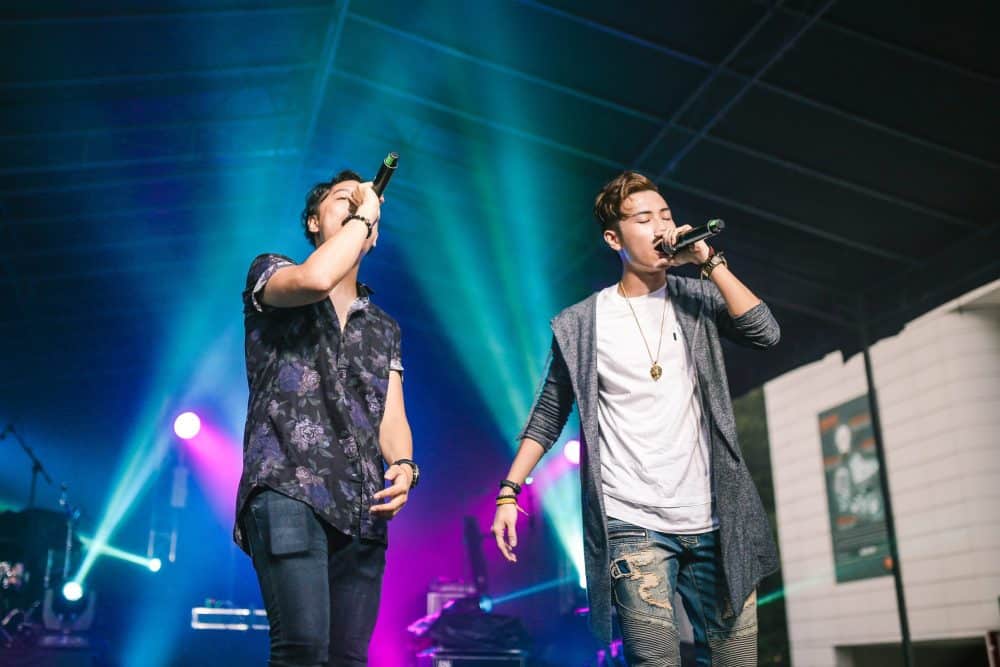 “Also having Jump Back, my single with Jon Chua from The Sam Willows reached #2 on the viral chart on Spotify was big for me too!”

Having to push for these songs on his own, he seems both visibly excited and in a state of disbelief that his efforts have paid off. He adds that being on the cover of the Beats & Rhymes playlist, an international Hip Hop playlist on Spotify, is also one of his proudest achievements to date.

“For one whole week, my face was there!” 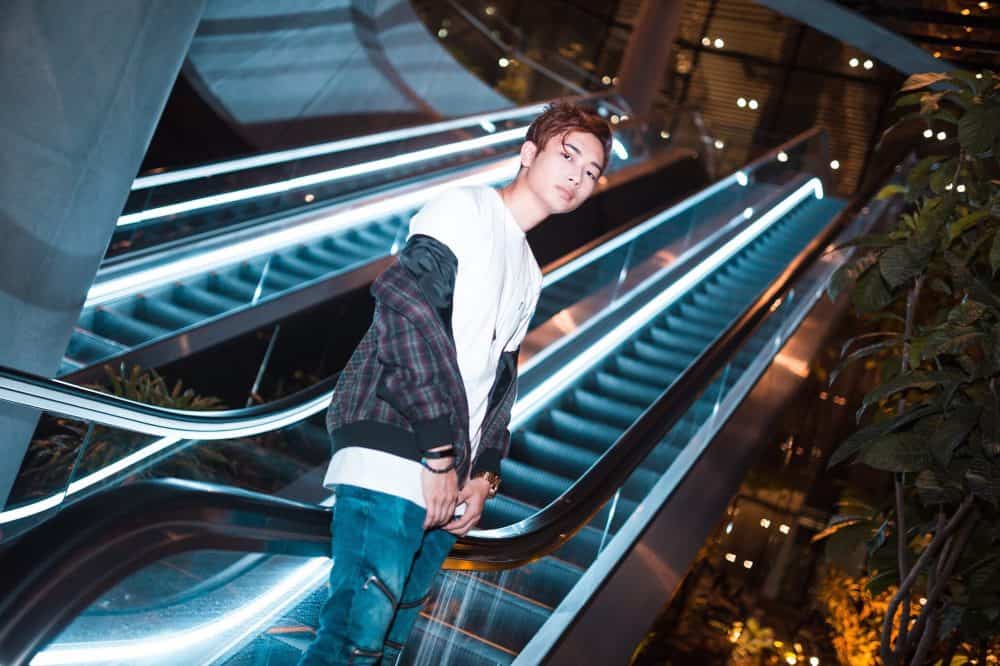 As with most pursuing the arts in Singapore, Axel’s family and friends were not supportive of his choice initially. While he understands why they may feel this way, he reveals that it affected him badly when he first began his rap career.

“My cousins and friends told me that I sounded like shit, some said they showed my song to their friends and their friends laughed.”

Some even took to his personal ASKfm to leave scarring comments, but stopped when he switched off the anonymity option.

These remain in his memory till today as he was hurt by these remarks, although he uses now it as a self-reminder of his improvement thus far, which also act as a motivation for him to keep going. 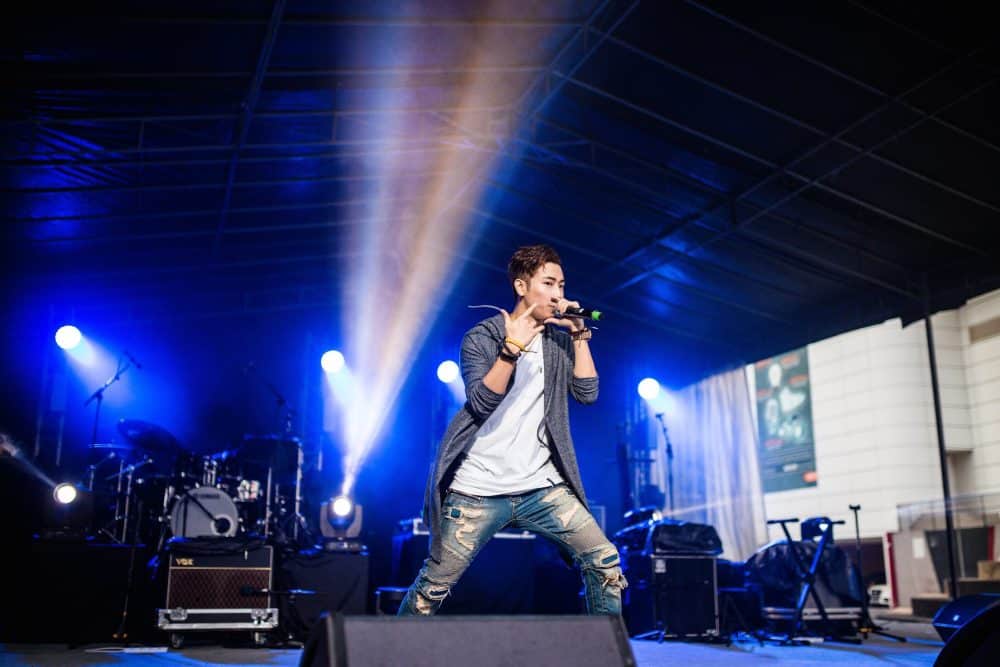 The lack of support also meant that Axel took on various part-time jobs to purchase all of his own audio equipment.

It was right before the SHINE festival that his parents’ opinion of him doing music took a 180 degree turn. Since then, his mum has become his biggest fan – sharing his music on various social media platforms and letting her colleagues hear his song.

I must admit, I’m not surprised – most parents (and even friends) tend to be skeptical if we choose to take an unpaved road, and only sing praises when there are results. 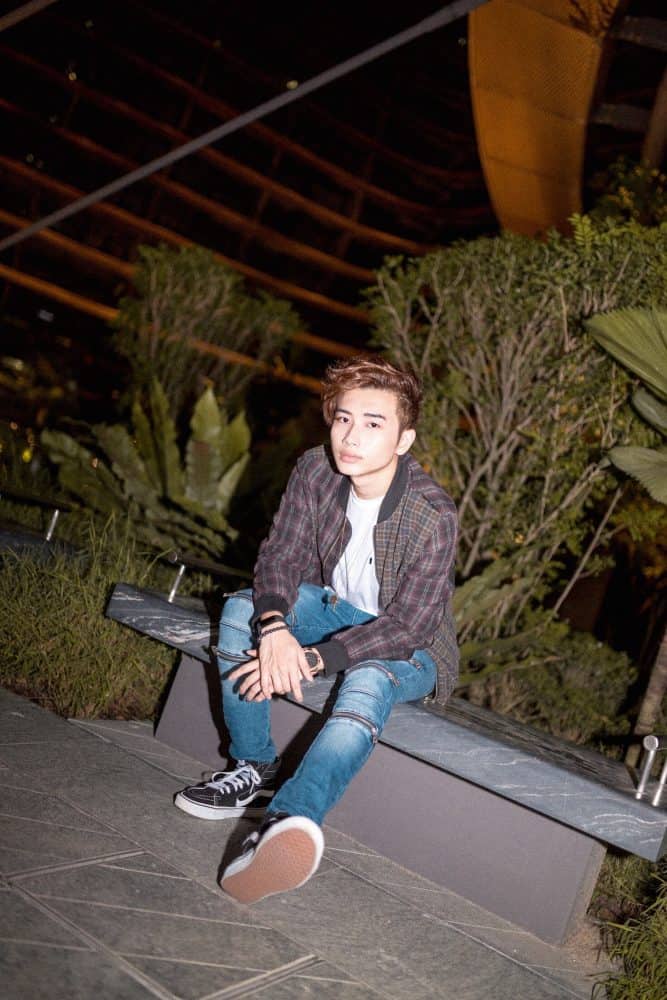 However, he understands that it’s all done with good intentions. He cites how the lack of known Singapore rappers a few years ago meant an even lesser chance of doing well in the local music industry.

“Right now, they’re really supportive and I really appreciate that.”

He adds that he’s developed “thick skin” since then and is unfazed by negative comments as he realizes that there will always be those that do not appreciate his music.

“I’m not here to please everyone. I’m here to do my stuff and if you like it, then it’s good.”

In the future, Axel hopes to develop himself in various ways as an artiste. 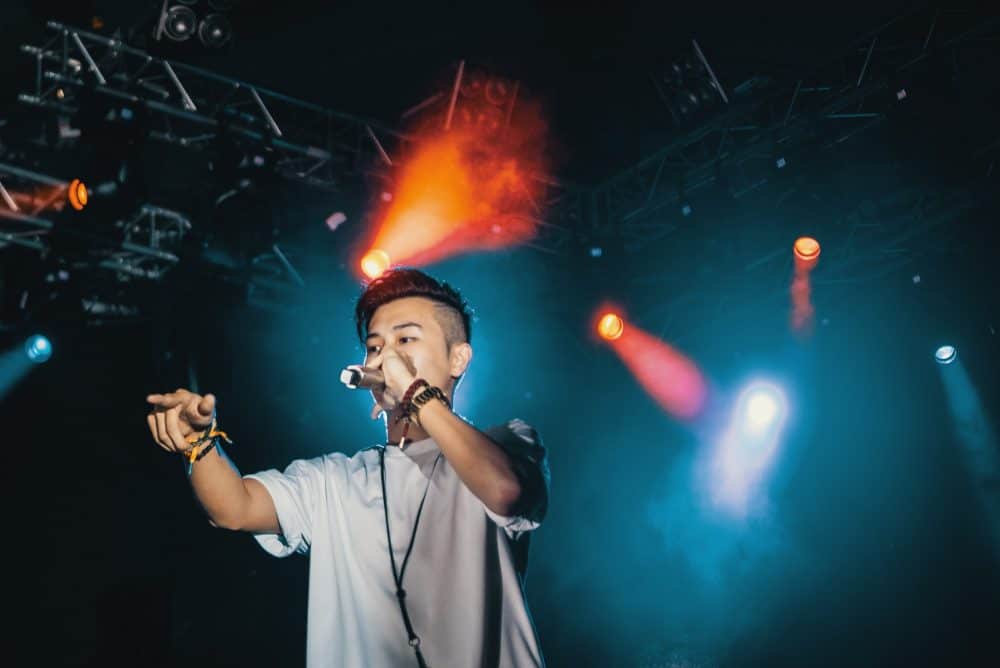 “I’ve always wanted to be able to sing and produce. I definitely want to try different genres too.”

He then goes on to share how one of his largest inspirations to date is the multi-talented Childish Gambino, with skills ranging from music to directing and acting. It’s clear that Axel is a big fan.

“When he was young his first toy was the Lando character from Star Wars and now in the Hans Solo movie he’s acting as Lando so it’s so inspirational.” He hopes to release a mix tape or album by 2020, although he says that his long term goal would be to stick to what he’s doing now.

“I want to be able to do this full time – earn from it, feed my family, pay my parents’ bills and bring them out for dinner dates.”

In the meantime, fans can expect Axel’s music video for Man on a Mission to be released this Friday, which also happens to be his first since 2016.