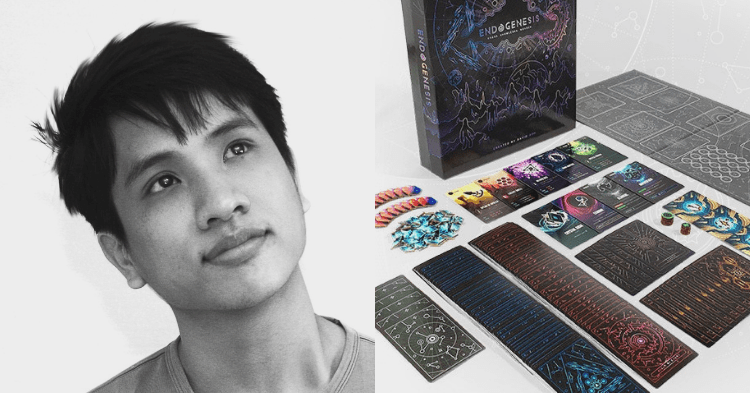 The art of crowdfunding has truly revolutionised the way business in the world operates. From comics to fan films fighting for attention within saturated media spaces, crowdfunding has evolved into an ideal platform for creators to receive the support and approval of the only people that matter – their audience.

Viral potato salad-making campaigns aside, the system has by and large allowed for greater creative output for independent creators, as well as more established corporate entities.

The global appeal of crowdfunding is best testified by the popularity of Kickstarter in the 23 months that it’s been available to Singaporeans. With over 800 projects launched in less than two years from Singapore alone, the creators in our humble garden state are clearly killin’ it.

And if he wasn’t already leading the pack, David Goh is certainly setting the benchmark for them. In the first 2 hours of his board game campaign, David managed to surpass his $5,700 goal and has now raised a whopping 2, 000 percent.

If you’ve ever found yourself scrolling endlessly on iStock looking for just the right image, chances are you’ve come across something either approved or designed by David.

Having dabbled with stock images as a designer early on, the 29-year-old was soon recruited as an inspector, turning his keen eye and design sensibilities onto other submissions.

But despite his success as a stock image inspector, David’s true love lay in game design.

“I love games. I grew up playing games. To me, games is the art form of the future—you can use it to tell an incredible story and provide interactive experiences.”

It was with this belief that he’s set himself working on original content, dabbling a little bit in video games before eventually turning to board games.

He describes the beauty of games in comparison to real life, saying “we’ve all been in stories that you can’t change the outcome of.”

Control in itself is the crux of Endogenesis.

David’s game, Endogenesis is a monster success on Kickstarter. He’s far past 1,000% of his goal, an achievement that most Kickstarter project creators could only yearn for. Just what the hell makes Endogenesis? 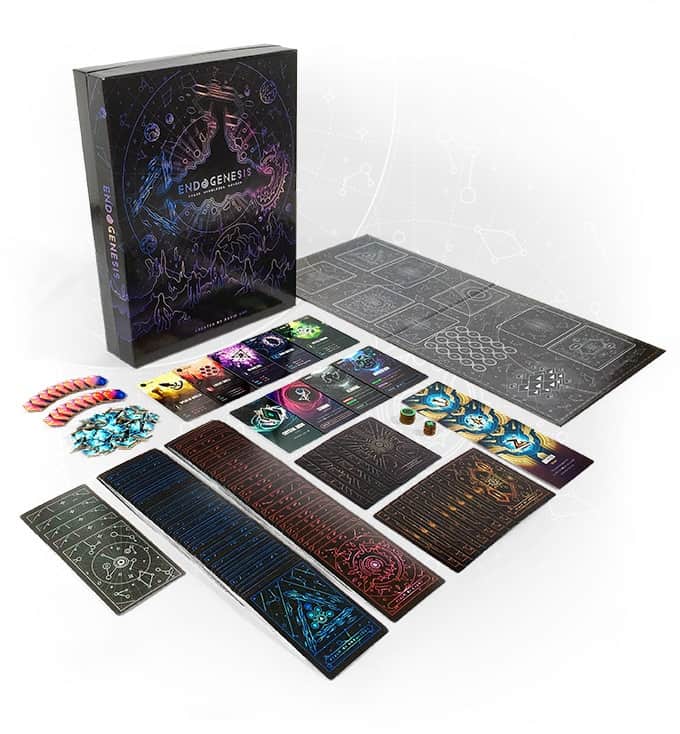 His “competitive card game that features strategic free-for-all combat”, is inspired and styled by the likes of a Dota variant, Legends of Dota.

The game features ability drafting, where players are allowed the choice of random Dota heroes as bases.

What came out of the experience for David and others was how rewarding playing with a self-drafted character felt. He angled his creation towards one that would be reliant on challenging the creativity, and skill of its players.

David adds that it’s important for players to understand how creative gaming can get, given that many board games, though fun, are structured.

Endogenesis requires players to craft their characters by equipping skills, ideally allowing for a game that is within your control. The odds of you flaunting killer combination choices in dire conflict peak here. 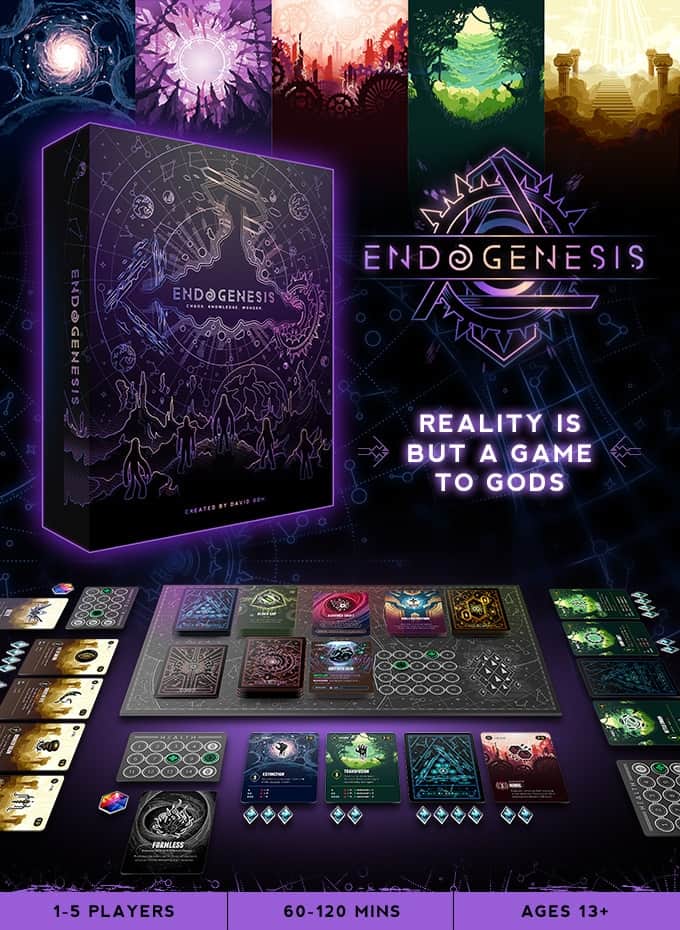 And of course, the game is designed marvellously.

Part of David’s success on Kickstarter is owed to the difference in audience. The risks that lie in marketing a product on Kickstarter are vastly different, though financially insignificant as compared to diving headfirst into retail.

Where David would have conventionally had to invest in fighting with market monopolizers for retail spaces and shelves within those retail spaces, he works now towards selling a completely different experience.

“They want to follow you on your journey and see you as your game develops – it’s not as simple as saying, “Reviews gave it 5 stars!”.”

As you may have guessed, Kickstarter is strategically ideal for marketing yourself and your profile. With that said, it also means you’re on maximum visibility at all times. Build a loyal fanbase, or crash and burn publicly.

This is also part of the reason why gargantuan brands with proven track records and resources are now beginning to dominate the platform.

While Kickstarter and other crowdfunding sites were once havens for independent creators, seeking the direct funds to manifest their ideas, recent participation by more established companies have somewhat changed things.

For example, a recent campaign by Monolith Board Games, based on the ridiculously popular Batman franchise, raised over US$4 million—over eight time its goal—and essentially steam-rolling a few other independent projects along the way.

This only reeks of greed to me, but David puts my narrow perspective in place. He says the big boys have brought attention and “new blood” to Kickstarter, who often spill over to campaigns like his.

“They’re kind of the reason why the tabletop audience on Kickstarter is so big now.”

What Now, And What Beyond?

The biggest thing I point out that Kickstarter lacks is that success doesn’t necessarily leave an impression for independent creators. Unlike retail markets that require creators to break into, Kickstarter is somewhat one-off. Sales seem like they will remain online, and the foray into retail will still involve first-time jitters and pains – maybe even a duck-walk out after.

But perhaps I’m missing the point. David explains that the beauty of Kickstarter is in how business plans can be adapted based on how well the market perceives it. Market testing is a driving factor for why many, big and small creators alike, put their campaigns up on Kickstarter.

“If it’s only a little bit above the success level, I would probably be a little bit more lax in pushing the game afterwards, but if the response is good, I’ll probably try to get retailers a little more aggressively.”

David has focused his efforts internationally, because the board game audience in Singapore is too small and limiting to sustain creation.

In years to come, expect to see Endogenesis release an expansion or two, but nothing more. At best, a sequel. In ode to his art, releasing “expansions for the sake of expansions” is everything David wants to avoid.

When it comes down to it, creation for this local designer is about “creating something that my friends (can) enjoy”.

Whether you’re a virgin, or veteran to board games, Endogenesis is bound to leave a lasting impression, for its creativity, astounding design and level of skill that it requires.

Not losing a game just because you drew an unlucky hand? Now, that’s something everybody deserves.