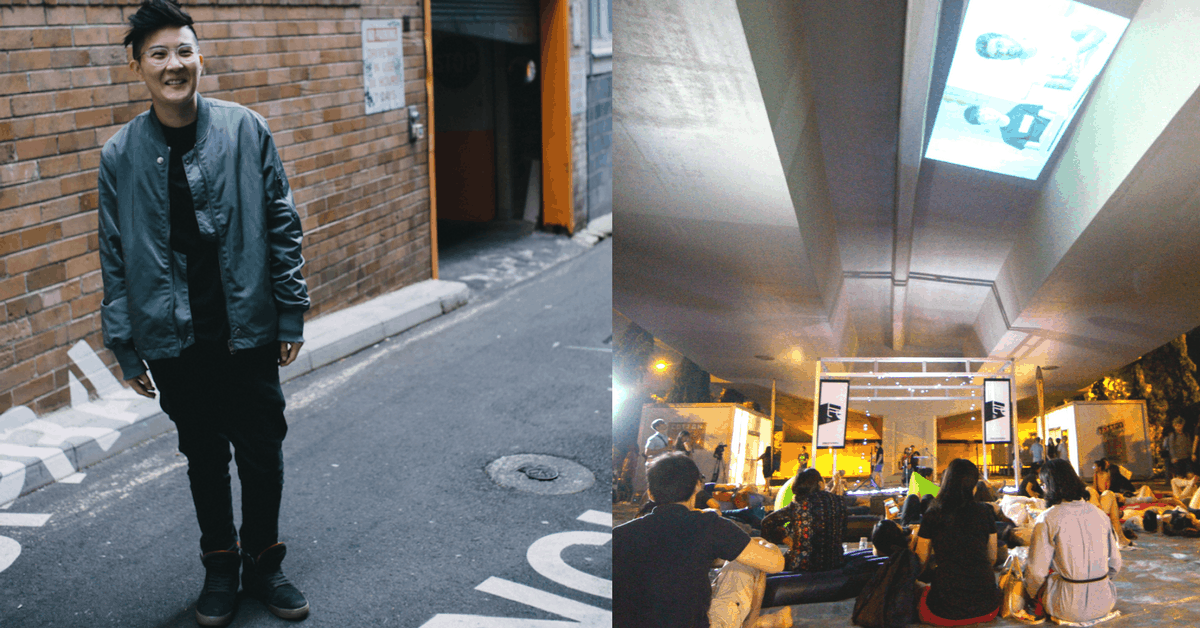 Last December saw Singapore’s first and largest creative retail playground Flashbang as well as numerous Christmas fairs. Yet, while the number of art markets held in Singapore is increasing, they still seem to fall off our radars – perhaps a reflection of the support that our local art scene receives.

There’s no denying that there remains much room for improvement when it comes to support and platforms for our local talents.

Hoping to change that is The Local People, who have organized more than 10 art events since its inception in 2014.

The Local People started with four restless youths who were wondering why there wasn’t any one platform for Singaporeans to sell and share their goods. 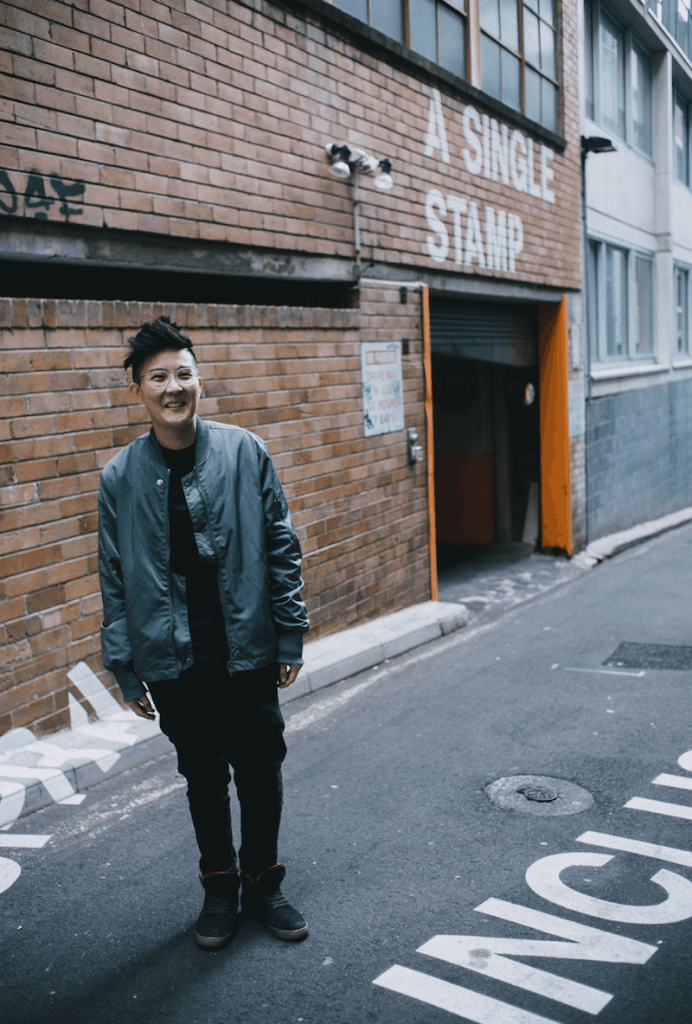 Pin Goh, the founder, shares that they first set up an e-store, with the impression that it’d be a more doable task given the close-to-none overheads. Then in May the same year, they were offered a space along Hoot Kiam Road alley to use.

“We decided to pull together some of our friends and our friends’ friends for a one-night-only art market.”

Despite their reservations and the bad weather, the turn out exceeded all expectations and through word of mouth recommendations, they got their next gig.

Now close to three years and numerous art markets later, The Local People has grown into a space activation company which produces concepts and ideas to continually expand the Singaporean cultural identity.

“We are also taking open approaches to what educational curriculum/ structure/ environments are expected to look like.” 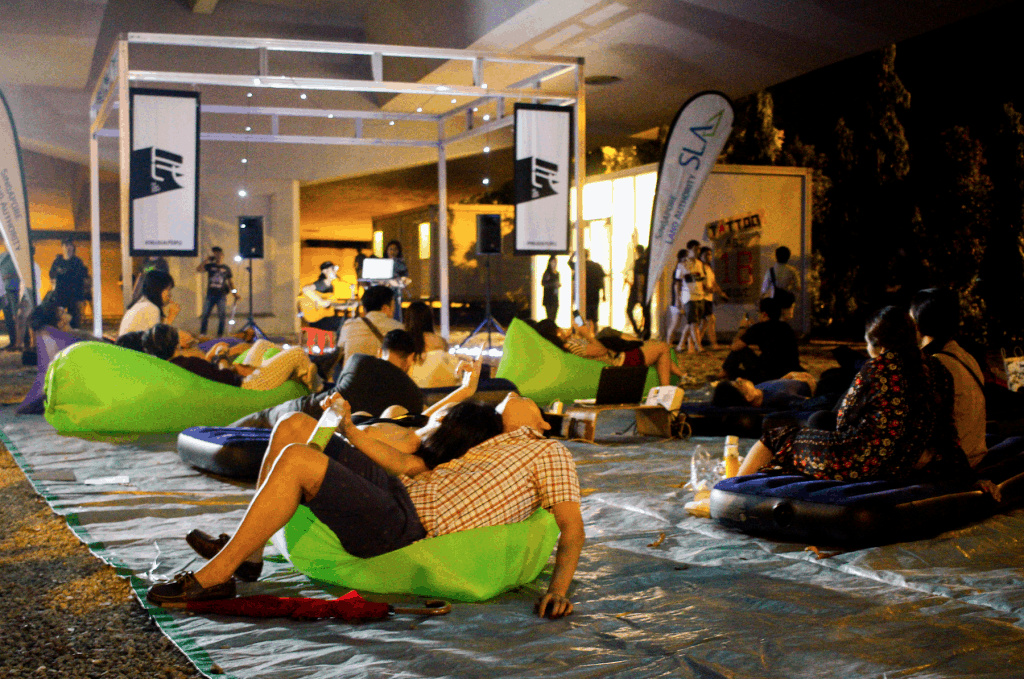 Pin says they have found their niche as an advocate for Singaporean arts culture.

She adds that perhaps in trying to answer the incessant question of what exactly does local art culture consist of, they help to build living proof in the form of a close-knit community.

When I ask Pin what she thinks of our local art scene, she says that it still requires a lot of education, experimentation and innovative ways to showcase Singaporean Art – to keep the public aware of what’s happening in Singapore.

“Undiscovered talent is our passion and we are constantly on the hunt for new and fresh faces.”

She agrees that not quite enough is being done to promote and encourage local talent. Mainly, local programs are not progressive enough – we are still lacking in innovation and creative concepts.

Instead, she hopes to see transformations in the art scene which could be later ingrained into our culture.

The Local People has organized a number of events so far, and I’m sure that a few have been memorable for Pin. One of the first events she mentions is the TLP Night Market at Hoot Kiam Alleyway in May 2014. 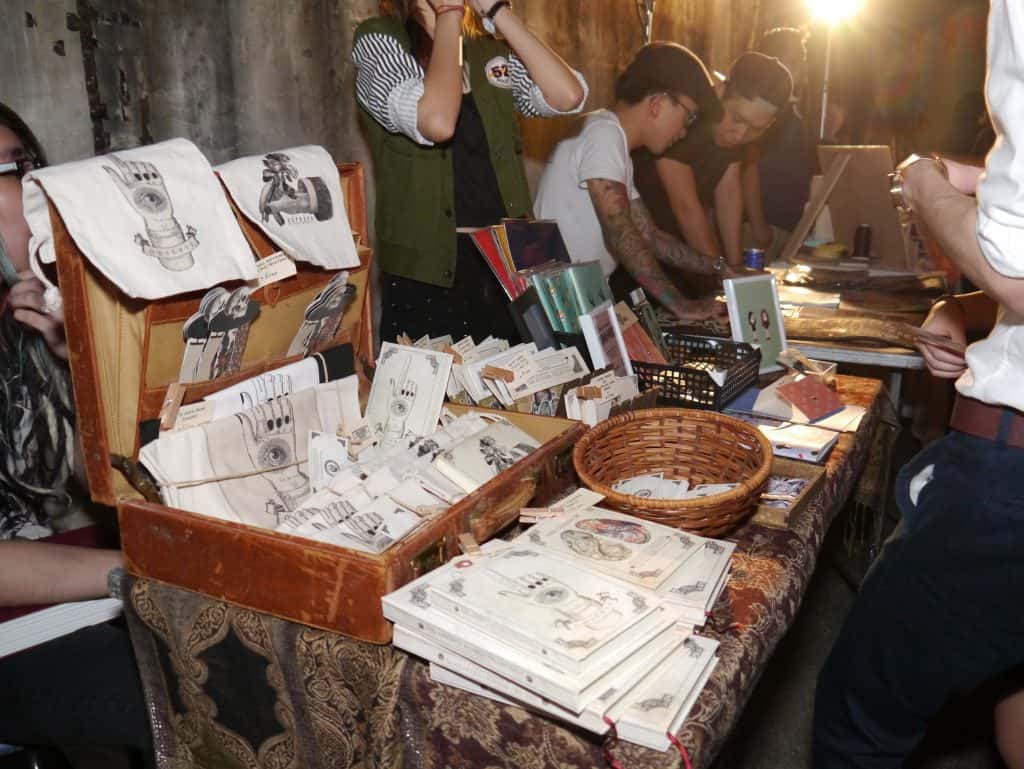 “This was our very first event which kickstarted TLP in 2014. We gathered a bunch of friends, artists, designers, cooks and musicians to hold a party which we would love to attend ourselves.”

She adds that the event caught media attention by the truckload and also Singapore Art Museum (SAM). Representatives from SAM had turned up to the Night Market – to invite them to host their very first Singapore Night Festival (SNF) activation in August 2014.

They have been working with them for Art Week and SNF ever since.

The second is TLP X Movember at People’s Park Complex Rooftop Carpark in November 2014. For this, it was the location that remains special for Pin.

“We knew activating gritty unconventional locations was the way to go for TLP.“

“It created a laid back, devil may care vibe to our markets which reflects on the founder’s and co-founder’s personality and characters.” 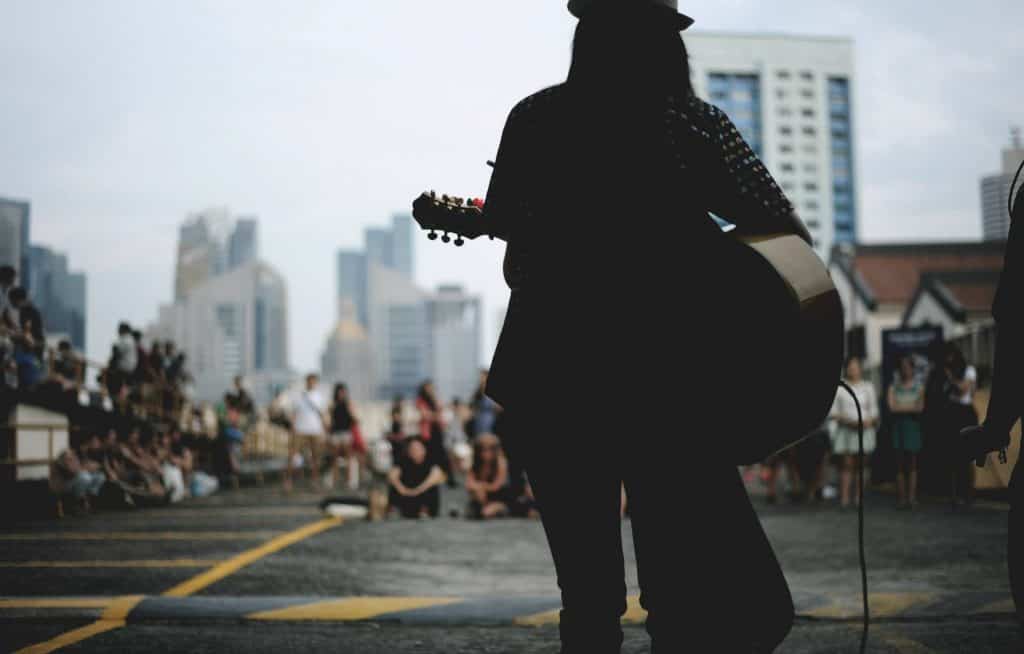 “The rooftop was an easy choice.”

She then names the collaboration between TLP and Singapore Land Authority – Duct Tape Party at West Coast Viaduct, which happened in January 2017, as yet another event that remains close to her heart. 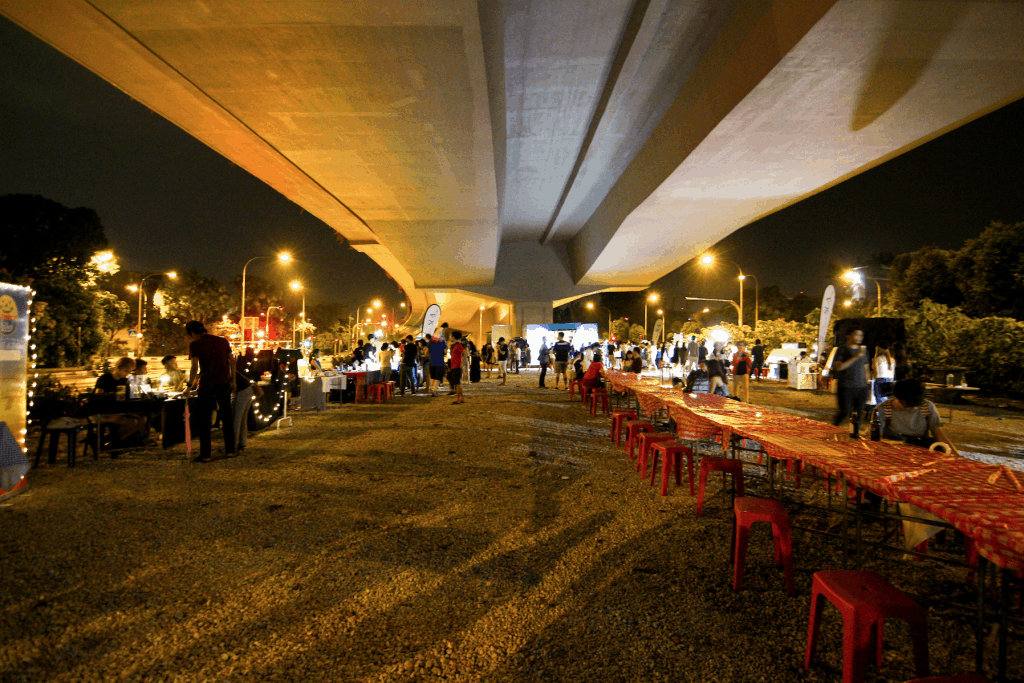 Pin says that this event marked TLP’s move into creating concepts which would best activate and breathe new life into spaces that are disused. 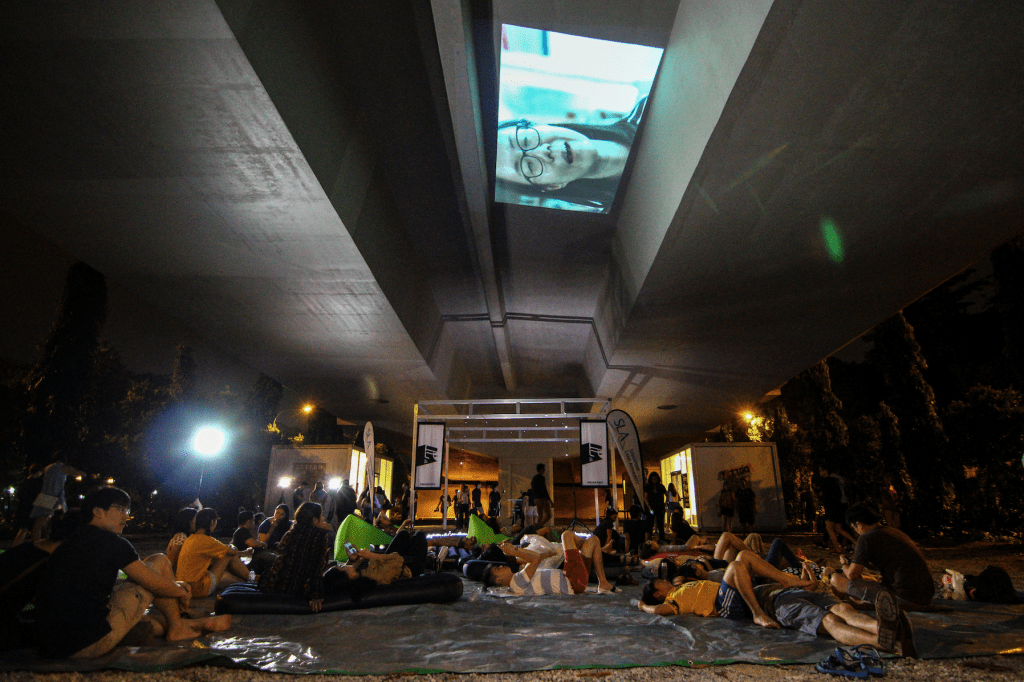 “The highlight of the event was the movie screening done underneath the viaduct where the public had to lie horizontally to watch a movie. It’s never been done before and we also had a long communal dining area which lined the viaduct.”

Organizing these events is no easy feat.

“Having a 2 to 3 man team most days means that execution can be tough but TLP gets it done.”

Being the founder also means that she has a lot on her plate – Pin handles everything from branding, social media marketing, publicity to conceptualisation. Even so, she’s pushing on.

“Hard work and labour can wear you down but passion keeps you going.”

While it may get tiring, Pin says that constantly getting to try out new concepts and test the market for what works for Singaporeans makes the job fun. 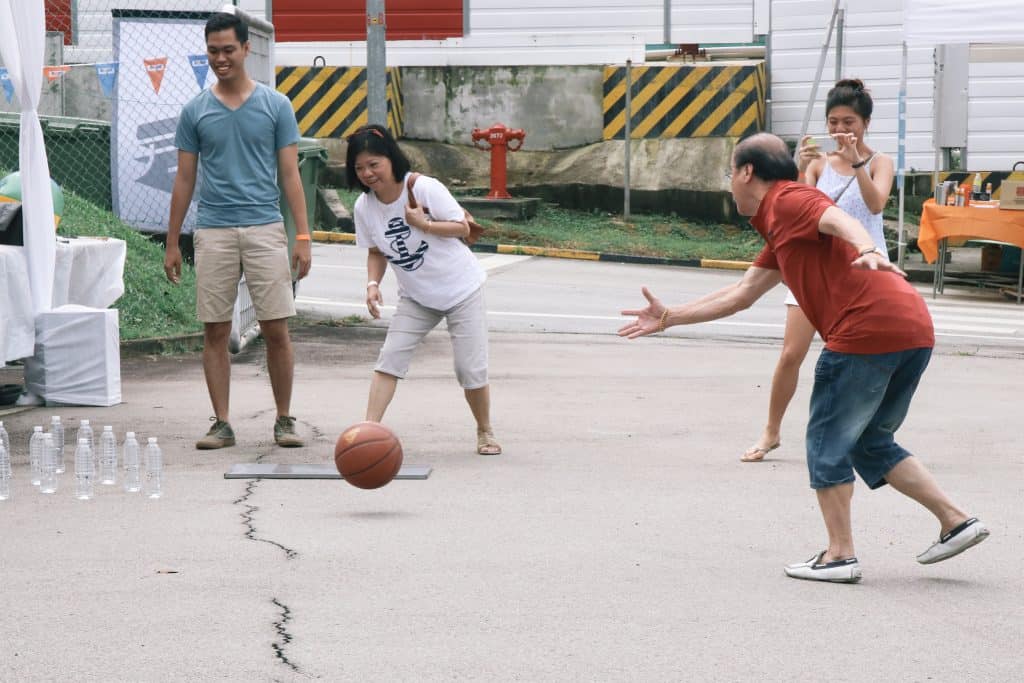 “We are constantly on the look out for new way to push the boundaries of the ordinary. We’re looking to experiment and do something that has never been done in Singapore.”

Pin is not alone in her pursuit. She says that true artists and designers are all about collaborating and helping each other out which is heart warming.

Hence, TLP is about community building and striving to be the best platform it can be to showcase that in a creative way. 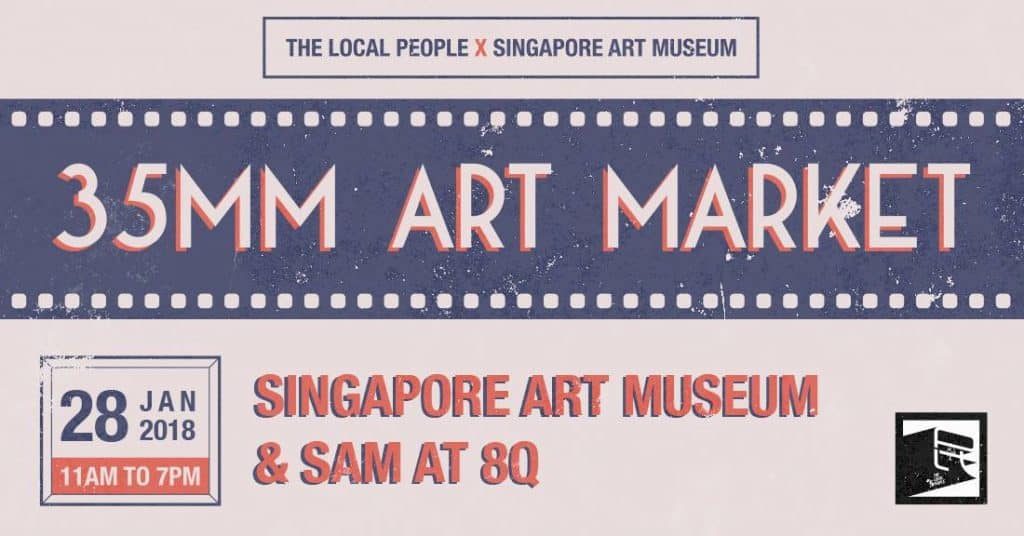 As part of Art Week 2018, TLP will be organizing 35mm Art Market, which features 120 brand new art/retail/food/beverage vendors at their largest art market to date.

The art market will be held at Singapore Art Museum and SAM at 8Q.

Other than the plethora of stalls, you can also can music performances by local acts such as Jean Goh and Desiree Tay. There will also be movie screenings of a selection of finalist films from the Singapore Heritage Short Film Competition 2017.

To find out more about the event, click here.