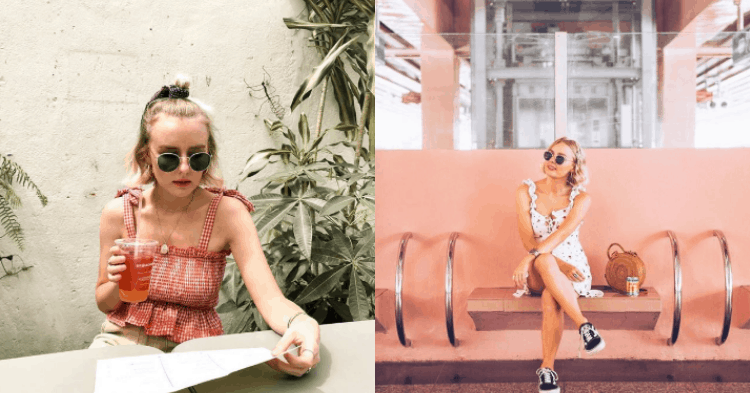 Have you ever followed someone round-the-clock on social media and then suddenly find yourself sitting with them in a cosy cafe? Sounds wild, doesn’t it?

This happened to me on a beautiful Monday morning when I met Georgia Caney – Singapore-based British YouTuber who has got it all right about living in SG – from food to accents, and places to people! 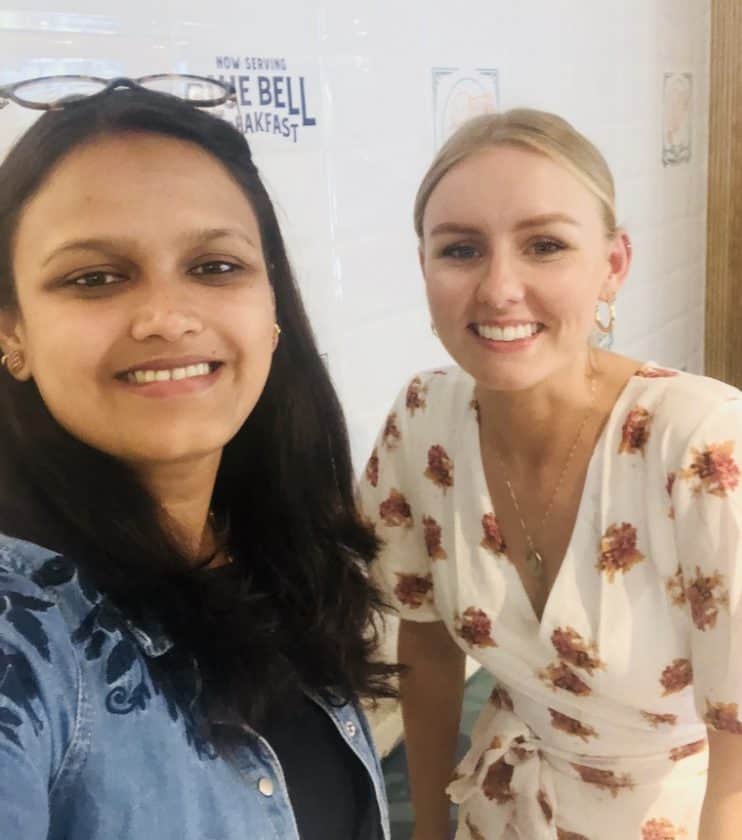 Being an expat in SG comes with its own set of challenges, opportunities, perks and surprises. More than 28% of Singapore’s population comprises of non-residents and foreigners but surprisingly, there is not much content about living in SG on YouTube except for Georgia Caney’s insightful vlogs.

Georgia has a massive fan following with more than 66, 000 subscribers on YouTube.

Right now, there are around 190 videos on her channel with topics ranging from ‘Expat Life in Singapore’ to ‘Singapore Food Taste Test’. Georgia also does travel vlogs about her trips to exquisite holiday spots near Singapore like Bali, Kuala Lumpur, Cameron Highlands and Thailand. 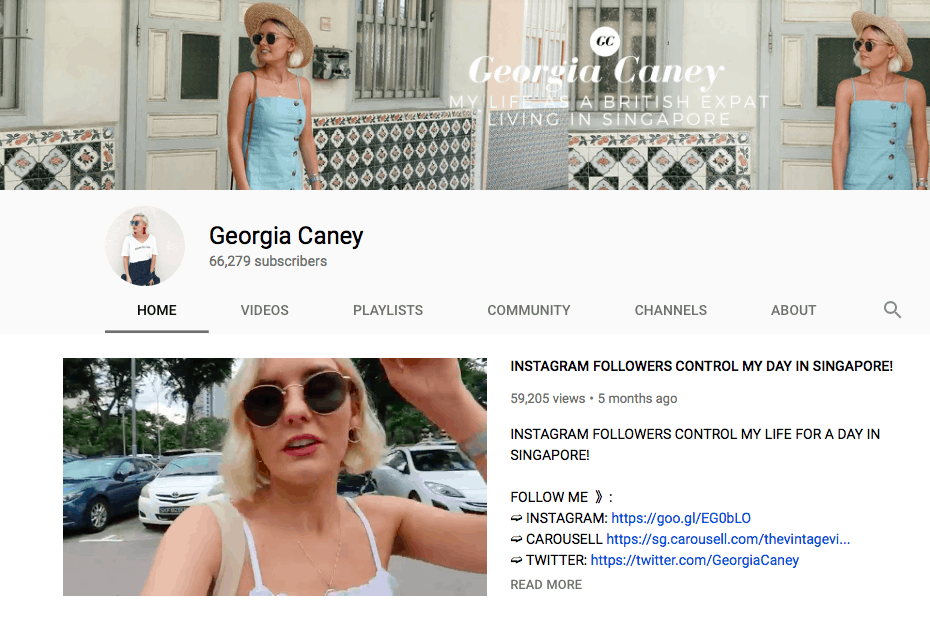 Georgia’s Instagram account has a following of over 13, 800 followers. She utilises her influencer position for spreading awareness about environmental causes. 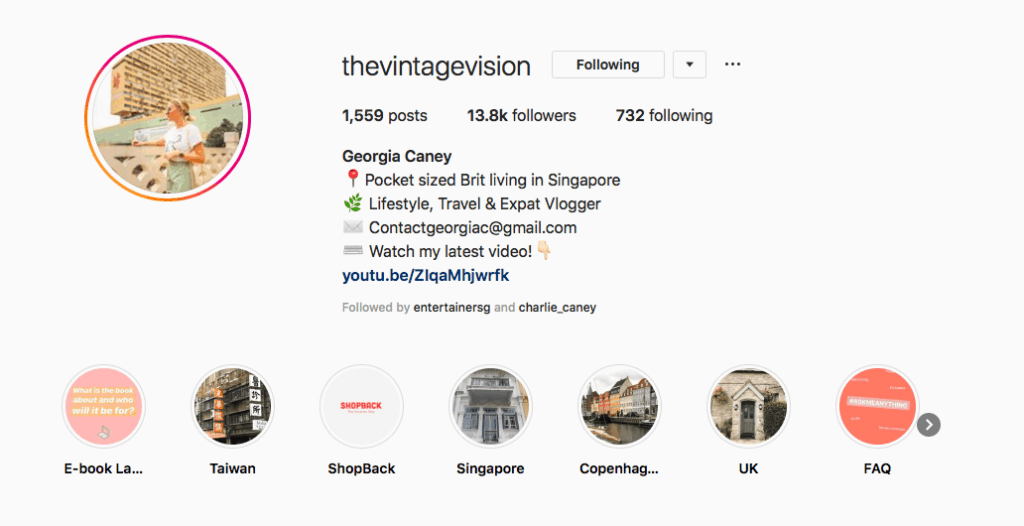 Moving To Singapore And Vlogging About It

Georgia had been YouTubing since before she moved to Singapore close to 4 years ago. When she decided to relocate here, she announced it on her social media and people got excited about the news.

She tried googling how it was like living in Singapore but did not find a lot of content online. It was then that the idea came to her.

She started making videos about her expat life in the city, from culture shock to a new working environment – Georgia documented everything and anything that felt relevant for any expat moving here. 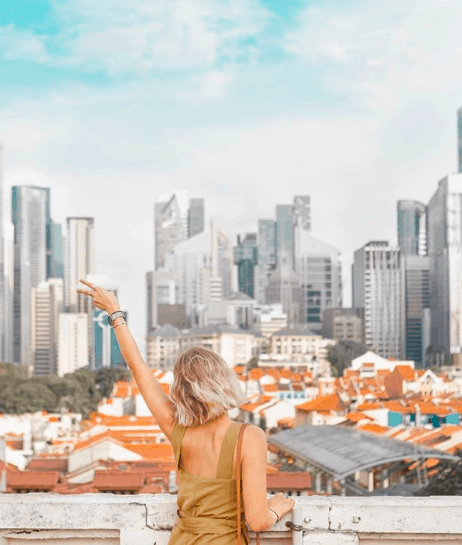 She had difficulties understanding the language and felt a little out-of-place. However, she has many Singaporean and foreigner friends today, and understands the local accent.

On top of that, she has done a number of videos on language and accents, where she is often seen collaborating with local internet and media personalities like Noah Yap and Gregory Shampoo. 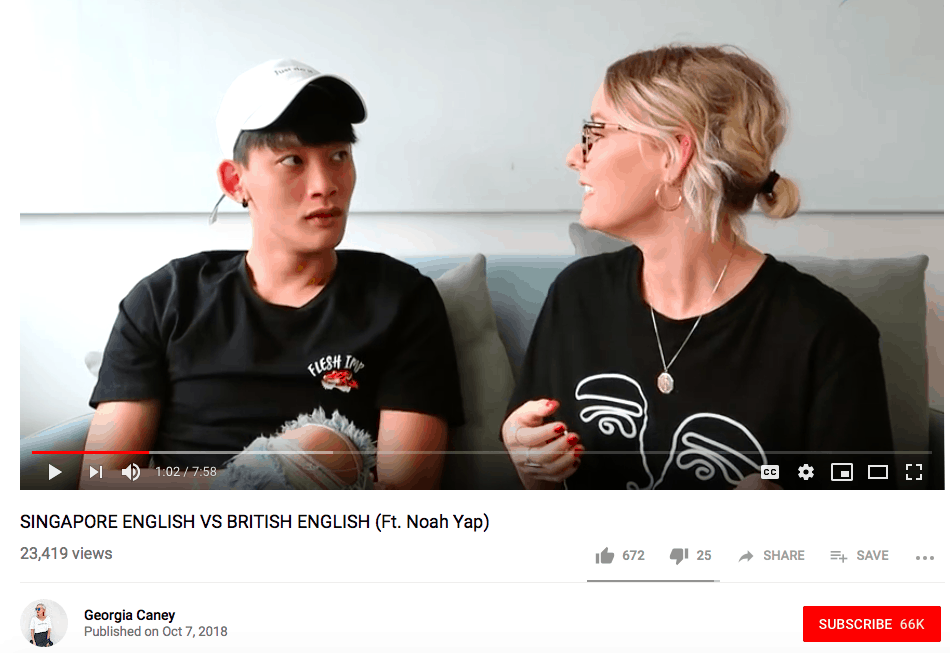 I confess to her that when I was moving to Singapore a year ago, her videos gave me a sense of security and provided me with a lot of useful information.

“This was actually my objective – making these videos to help people out there. You know, when I was planning my move here, people almost scared me by saying things like Singapore has extremely strict policies and there are so many restrictions”

“I was nervous about it but when I started living here I realised that yes, policies are in place but they only make our lives safer. I have a pretty chill routine here and I don’t feel that I am being restricted by efficient policies at all!”

Georgia also loves to talk about local food, her favourites being Chicken rice and Kaya toast. She has done a number of videos about hawker centres, restaurants and even British Fish & Chips in Singapore.

The Creative Process And Pressure 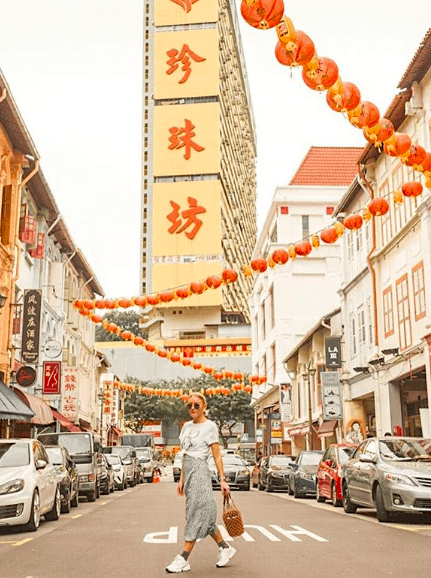 As a dedicated vlogger, Georgia comes up with new videos regularly, where a bulk of them are requested by viewers in DMs or comments. Additionally, she carries a content bank in her phone’s notepad where she jots down ideas whenever she comes across something interesting.

While some vloggers have a team that puts together the video for them, she shoots and edits her videos on her own. She is self-taught and dedicates her weekends to editing these videos; her weekdays are spent in a desk-bound job. 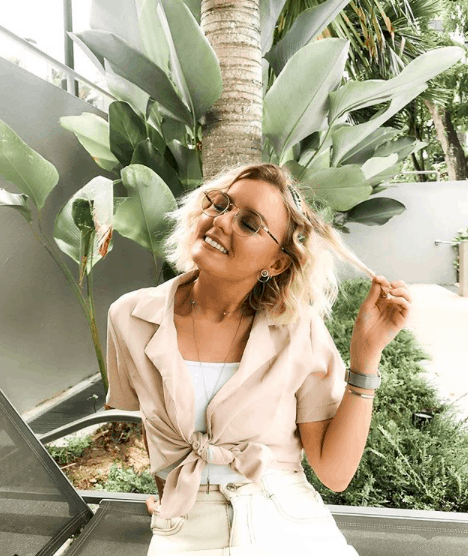 Having to work and produce videos can be tiring – I probe into what Georgia does to take a break from the office and social media.

“I like going to the gym and just switching everything off for a couple of hours. That refreshes me,” she explains. Georgia’s first video that went viral was DIY vlog for a chic vintage furniture six years ago when she was only in college.

“With that also came a lot of hate – this wrong, that wrong. But now I know how to deal with trolls and haters. It affects me sometimes but I have accepted that it is a part of being a social media influencer.”

Georgia recently announced on Instagram that she is working on an e-book about Living in Singapore. 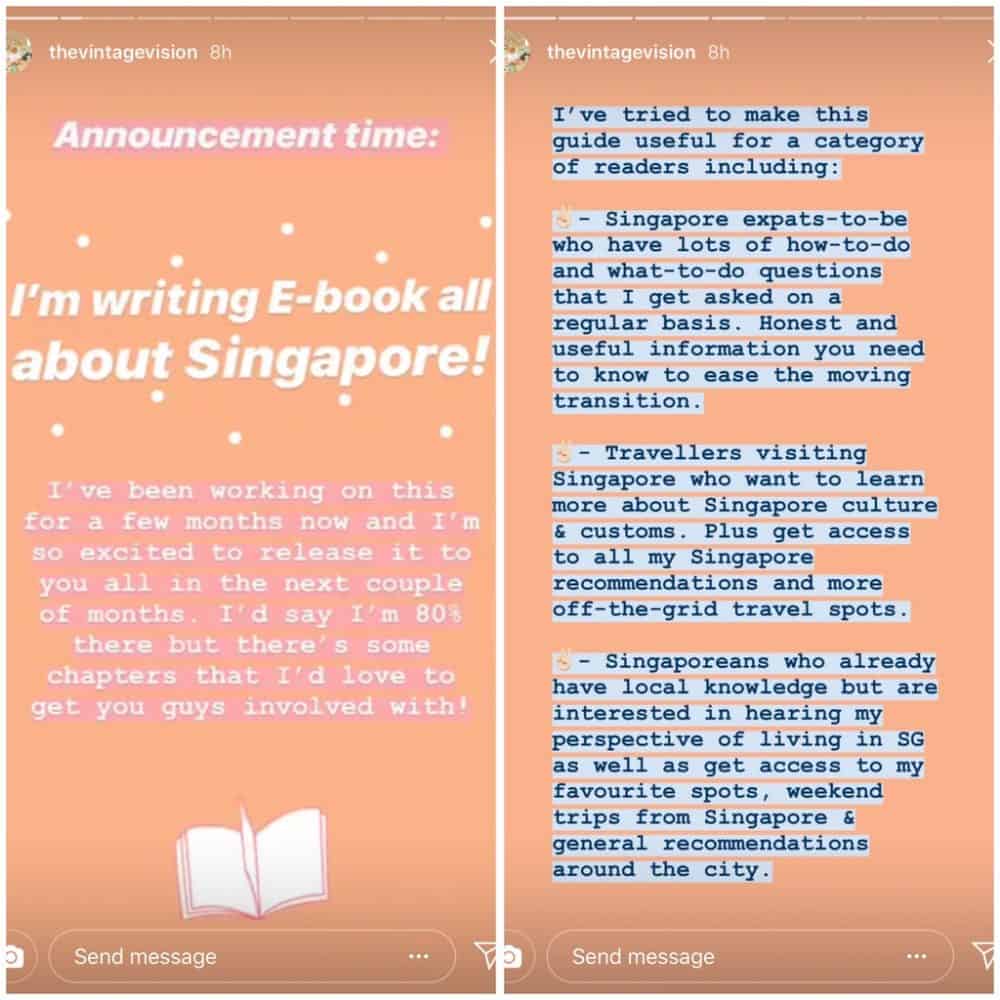 Georgia busts myths about living in Asia’s most livable city, making it simpler and more tempting for expats and foreign students.