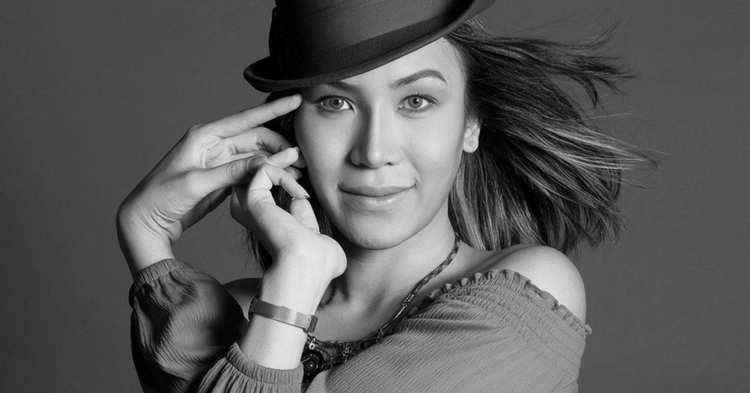 When one mentions sex work, notions of debauchery and impropriety immediately come to mind. Especially in conservative Singapore, sex workers are stigmatised by society and are amongst most discriminated groups here.

Often, we are led to believe that sex workers are not humans. We shun them like the plague. Have you ever considered sex work as merely an occupation?

With burning questions in my mind, I walked expectantly into the office of Project X to meet with Sherry Sherqueshaa – researcher, writer, sex worker and full-time human rights’ advocator.

She greeted me at the door with a warm smile, carrying a cat.

Sherry joined Project X in 2014 because she wanted to educate sex workers of their rights. Project X, started in 2008, is a community-based organisation that believes in fighting for the fundamental human rights for sex workers (both local and migrant) working here on our tiny island.

“When I first started doing sex work around 7 years ago, I had zero knowledge of my rights as a sex worker and a transgender woman.”

“It made a big difference to me knowing that I have rights too. It means knowing what to do when something unexpected happens, such as violence from my clients.”

It is now her passion to help other sex workers.

During these monthly outreach activities, volunteers and members of Project X will walk around, engage and befriend the sex workers. They also distribute free condoms, educate the sex workers on safe sex practices and teach them how not to get bullied by customers and the police.

She reveals: “It is sometimes hard for me because I am also a sex worker like them. I do not want to be seen as a higher authority by preaching and making them feel uncomfortable. This is where the volunteers come in, it may be easier for them to talk to the sex workers.”

There are reluctant individuals, of course. However, most sex workers are receptive to the Project X team because they have been combing the ground since 2008.

Besides physically reaching out to the sex workers, they also approach sex workers online.

Sherry explains, “We go onto popular social sites where sex workers post their ads such as Locanto and others. Most of the sex workers we find online are migrant workers. We contact them, and inform them of our existence and our services.”

“We also try to arrange meetups with the sex workers that we approach online. It is very rewarding when you finally meet them and you see their happy faces, knowing that there is someone out there willing to help them.”

I then ask in what other ways Project X helps these sex workers besides educating them about safe sex and giving away free condoms. “We give them our love!” Sherry exclaims definitively.

Everyone needs love and care – the sex workers who often find themselves discriminated against and neglected by society are no exception.

Despite being a developed first-world nation, Singaporeans’ mindsets can still be relatively unprogressive. Was it difficult for Sherry to get volunteers amidst the negative connotation associated with this cause? Surprisingly, it is quite the opposite.

Sherry tells me:“We have a pool of volunteers who are keen to help us. Some get involved in our regular public outreach programmes, while others help us in marketing, design of posters and manning of our booth at events. In fact, we have seen an increase in willing volunteers over the years.”

It made sense after her explanation. Through their activities, they’ve been recognised by the media as a voice for the sex workers and are trusted by sex workers on the ground.

“Mindsets were more closed back then. Things have changed over the years and people are more accepting now.”

The cosy office of Project X also serves as a safe haven for sex workers to gather, meet new friends and just be themselves. During public holidays, they hold potluck gatherings to celebrate the festivities together as a family.

After so much time working with Project X, I am sure Sherry has many interesting stories to tell. She tells me it is bittersweet. “It is rewarding and I make new friends. I feel satisfaction when other sex workers come to me for advice and I can help them.”

“Initially, I was a bit shy about being an advocate for sex work and sex workers, and I feel that people do not really want to hear me talk. Now, I am more optimistic and confident.”

She feels that there are too many negative stories about sex workers in the media, thus putting them in a bad light – she wants to change that.

“Hopefully, minds can be more accepting in the near future”, she muses.

There are various reasons for sex workers to choose their line of profession. Regardless, they are humans as well, just trying to earn a living – like you and me.

To understand more about Project X or to participate in their activities, you can check them out here.