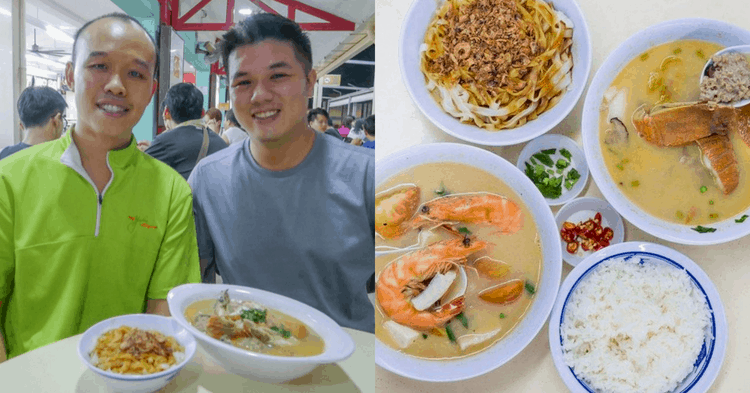 They say the friends you make in school are the ones that you keep when you grow up.

As you grow older, usually the number of friends you keep in touch will start to dwindle as everyone is tied down to a 9am – 6pm office job or caught up with their new family.

With no prior experience in cooking or running a business, the duo – who met in school – decided to quit their jobs and set up Shun Feng Crayfish Delight.

They serve a unique menu of crayfish, lobster and seafood soup broth with their signature Crystal Hor Fun and/or Fragrant White Rice.

United By Their Love For Seafood

Daniel was in the government sector for 15 years when he hurt his back while working. He then decided to resign and start his own business with his old school buddy, Willy.

Coming to the decision to quit his stable paying job while having a family of 4 to provide for was a risky choice. However, Daniel decided that their love for seafood was worth the risk. The duo both particular loved the seafood broth recipe that Willy’s Malaysian father in law cooks.

“Why not bring it in Singapore to share it with everyone?”

The Shun Feng seafood broth secret recipe originates from Kuala Selangor in Malaysia (大港) where the humble Teo Chew fishermen makes a living from the sea.

They would prepare the broth on board the fishing vessels to nourish themselves and to drive out the coldness while facing the sea’s unpredictable tempest.

Before setting sail for extended time at the sea, they would pray to the deity for fine weather, smooth sea and bountiful harvest.

Hence the name ShunFeng 顺丰 is derived with a similar hope that the journey in sharing this unique cuisine with their friends and supporters will be equally smooth (顺) and bountiful (丰) for them.

顺丰 which has a similar sound to 顺风 (fair winds) also carries their wish that the voyage they are embarking on will be with fair winds on their side!

With all new businesses, the beginning is usually rough and demanding. It was no different for them as they struggled mostly with costing.

Both Daniel and Willy only insist on using premium quality ingredients for their dishes, yet maintaining the affordability of their food so that everyone can have a chance to enjoy good seafood soup.

The initial stage when they were introducing their dishes were stressful as long hours were needed to prepare and brew their broth stock. 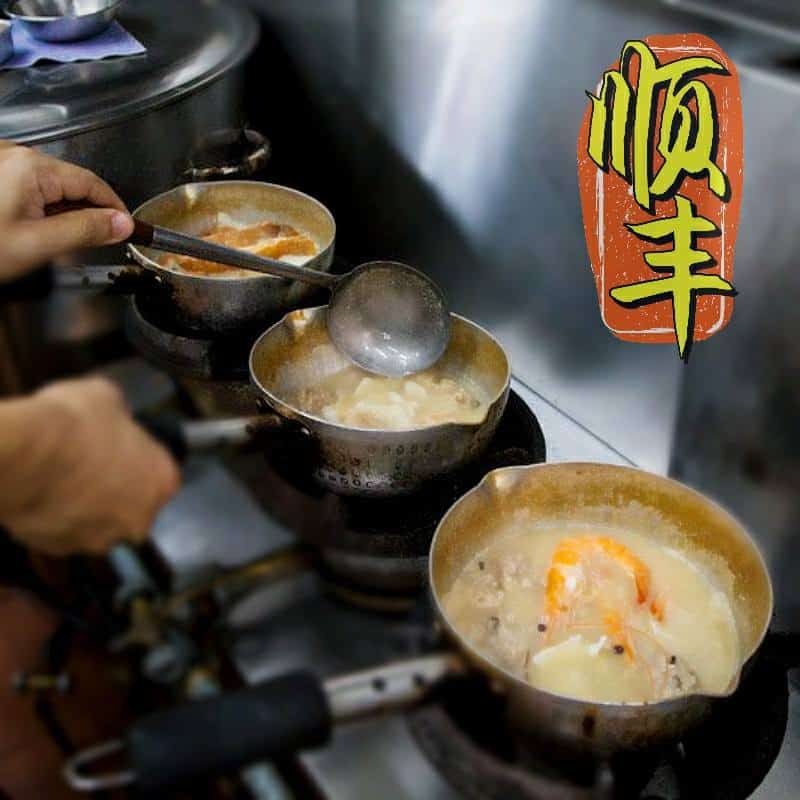 Business was very slow then as they did not have a following and were new in the industry. The food wastage was high as well because they insisted to serve only the freshest seafood everyday.

A Warm Bowl Of Comfort

Their dedication in keeping their secret recipe as close as possible to the original broth has led to them spending a great length of time understanding how the different ingredients contribute to the soup broth. 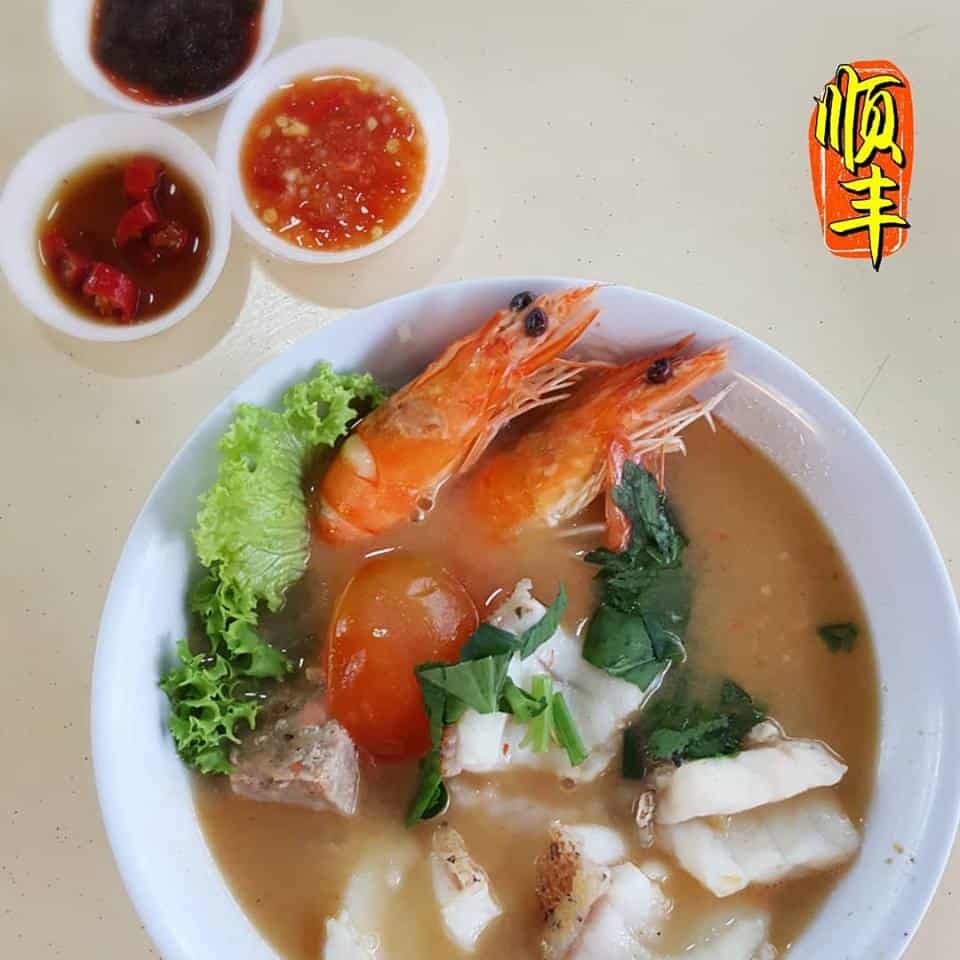 The soup broth is slow-brewed 4 to 6 hours each time to derive the maximum goodness from their ingredients. With Willy’s network of suppliers, they only choose the freshest seafood and ingredients possible. 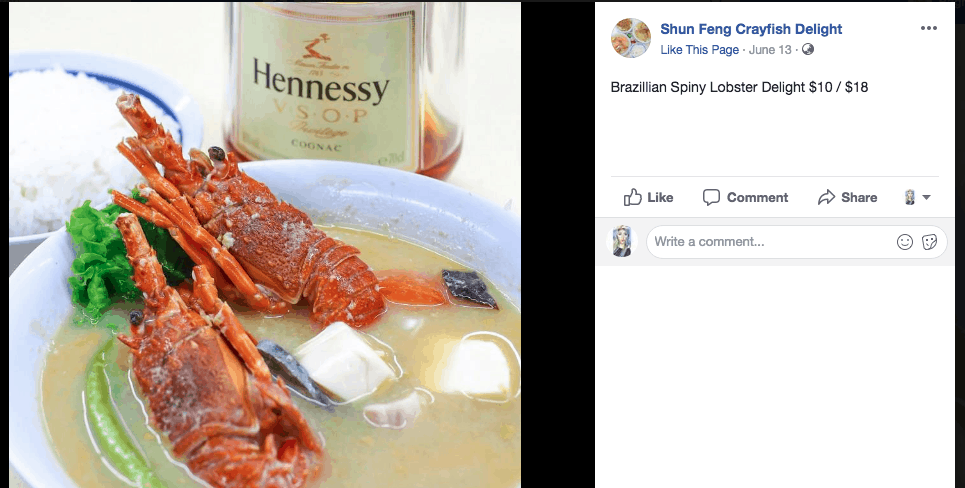 Willy does the cooking as he’s familiar with the recipe and taste while Daniel prepares the food as he’s very strict with the quality of seafood being served.

Brother From Another Mother

Despite having been friends for close to 20 years, Daniel and Willy still run into the occasional disagreements.

However, they embrace these disagreements and resolve them through compromise.

Daniel and Willy are determined to have more people have a taste of premium seafood soup at an affordable price. Keep a lookout for a heavenly bowl of seafood soup delivery soon!