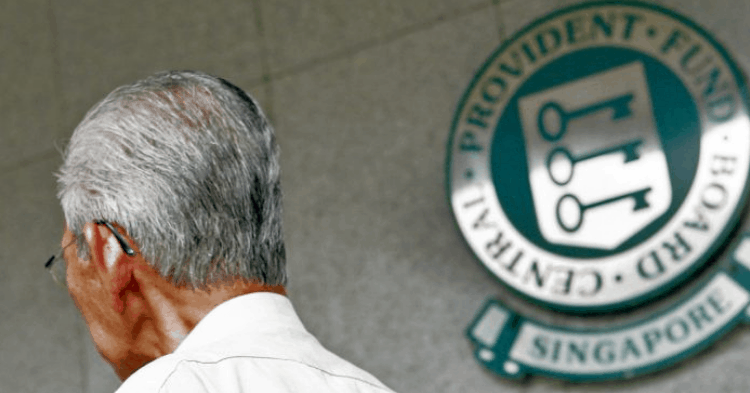 CPF — a term we are all too familiar with, one that recently congregated Singaporeans from all walks of life in the comments section on Facebook.

In recent weeks, furious netizens have taken to social media to express their dissatisfaction with the Central Provident Fund scheme. Some accused the government of wanting to “lock” in their funds — savings which had accumulated over several years of hard work.

A recent post by Facebook user Khris Ang regarding CPF monthly payouts gave rise to an online uproar among Singaporean netizens. Khris had taken to Facebook to express his anger over the increasing Retirement Sum and retirement age. The post went viral on the social media platform, resulting in mixed reactions from the public.

Many users expressed their dissatisfaction with the escalating retirement sum; others aired their grievances about not being able to access their CPF funds. Heated discussions and angry comments plagued the Facebook comments section and online forums like Reddit.

It’s not the first time Singaporeans are ranting about their CPF, and it certainly will not be the last.

In light of the recent CPF episode, we felt it was an opportune time to lay down some hard facts about CPF. Here’s what you need to know about your CPF — and WHEN you can actually take your money out.

What Is The Retirement Sum Scheme?

The Retirement Sum Scheme provides CPF members monthly income to support a basic standard of living during retirement. The scheme was initiated with the intentions of ensuring that CPF members would have money to sustain their basic needs after their retirement.

“How much money must I set aside in my retirement sum?”

However, if we were to consider inflation rates and the rising cost of living in Singapore, the decision to increase the FRS each year seems like a logical one. According to Channel NewsAsia, the inflation rate was reported to be 1.9% per cent year-on-year in October last year. Additionally, the inflation for electricity and gas was reported at 16.6 % per cent year-on-year during the same month.

That being said, Singaporeans’ concerns about their CPF are not unfounded.

Having a large portion of funds sitting in an account that’s inaccessible until you retire can be quite unsettling indeed. There’s also the persisting fear that members will not be able to withdraw their CPF after turning 55.

It is thus no surprise that some Singaporeans may experience feelings of distress and uncertainty about withdrawing their CPF.

“So when can I take out my CPF savings?”

Sit tight, because we’re about to address the concern that seems to be taking the Singaporean social media sphere by storm.

CPF members can withdraw their CPF savings at age 55, and the amount depends on the funds they have in their Ordinary and Special Account. After a CPF member turns 55, a portion of their savings from their Ordinary and Special Account will be transferred to their Retirement Account, which will dispense monthly payouts when they reach the retirement age, currently set at 65.

CPF members may withdraw the remainder of their savings after the FRS has been set aside. For example, if CPF member A has $200,000 in his Ordinary account and $100,000 in his special account, he would be able to withdraw $124,000 at 55 years old.

“What will happen to my money if I fail to accumulate the Full Retirement Sum?”

CPF members who have $5,000 or less in their Ordinary and Special accounts may withdraw the full sum of their money; however, no funds will be transferred to their retirement account.

Members who have $5,000 – $176,000 in CPF funds may withdraw up to $5,000 from their savings and the remainder will be transferred to their retirement account, which will issue payouts when the member is 65. Contrary to what some of the online arguments claim, it is simply untrue that Singaporeans lose all their money if they do not meet the Full Retirement Sum.

“When can I start receiving monthly payouts?”

Unlike what some online posts have claimed, the payout age has not been postponed to 70 years of age. However, it is true that the CPF will automatically start payouts at 70 for members who are turning 70 after 2018 and have deferred their Retirement Sum Scheme payouts.

“What if I need to withdraw my CPF funds for medical purposes?”

The government has often been accused of allegedly wanting to keep CPF members’ funds for as long as possible. Countless Singaporeans have lamented the mandatory savings scheme, claiming that it is unjust and illogical. It’s even been called “a big scam.”

Many empathise with the old and the sick, two groups of people who might really require their CPF funds urgently for survival.

Personally, I too have wondered what a terminally ill person might do if he is diagnosed before he is eligible for payouts — and it worried me deeply. Would the CPF board be so heartless as to deter him or her from withdrawing funds for treatment?

I was relieved and comforted in equal parts when I found that CPF members are able to withdraw funds on medical grounds. This basically means that a CPF member who is terminally ill or physically or mentally incapable of ever continuing in any employment may apply for an early withdrawal of CPF savings. The amount one can withdraw based on medical grounds varies, but according to the CPF website, it is possible to withdraw savings fully, depending on the severity of the illness.

Singaporeans are stretched very thin by our daily responsibilities and financial commitments. As such, it is really no surprise that we are often sceptical about allowing our funds to rest in the hands of someone else.

It is especially unsettling for those approaching their retirement age to receive a letter that appears to suggest changes to their monthly payouts. After all, this is years of blood, sweat and tears we are talking about.

It’s not hard to imagine why it appears like a threat. To them, it might seem like they are about to be robbed of the savings they have worked tirelessly to accumulate.

However, with the advent of social media, the spread of misinformation is made even easier. As such, it is crucial to get the facts right before launching into an angry monologue on public platforms. As users of social media and the internet, the onus is on us not to spread false information.