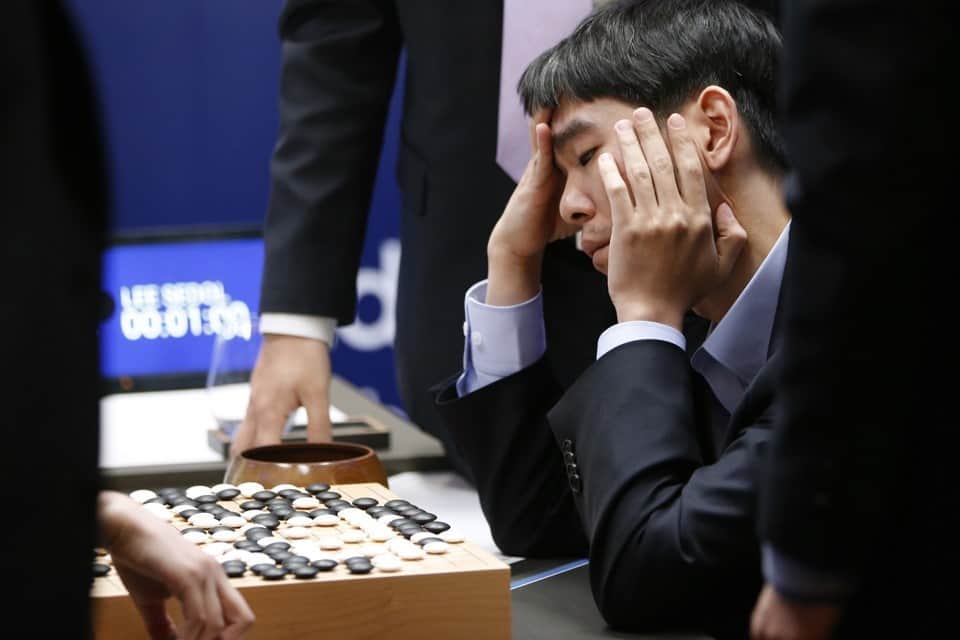 The room is silent as the tension ratchets up to a feverish intensity with each move.

With more than 60 million people tuning in from China alone, he has good reason to be. As the final bastion of humanity’s intelligence, he shoulders this unimaginable burden alone.

In an emotionally stunning moment, he furrows his brow and gives the signal of defeat. 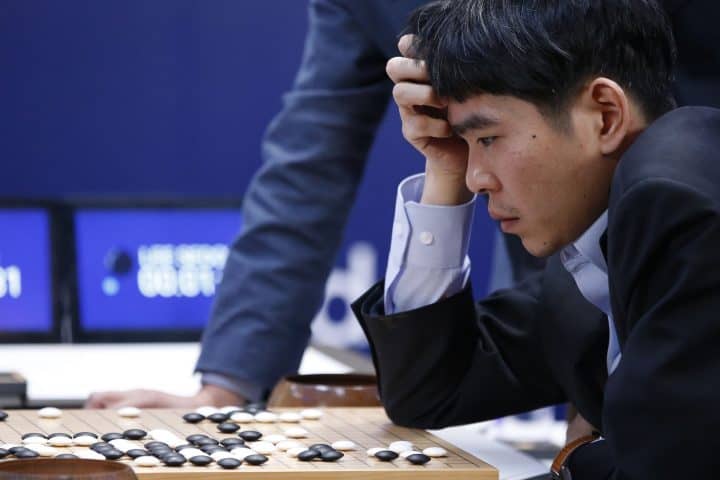 And there it is – machines have finally conquered humans at the last remaining board game.

The historical magnitude of the moment is overshadowed by a profound feeling of loss. It’s hard to avoid feeling sympathetic to Lee Sedol, as he leaves the room with the expression of someone who has been utterly broken from within. Even for AI advocates, it’s a sobering realization that they too, belong to a losing faction that is fast becoming obsolete.

So how did Alphago, a mere program, defeat the world champion at a game that was once thought impossible for computers to win in?

Why Is It So Hard For An AI To Win At Go?

For those who are unfamiliar,  Go is an abstract strategy board game that dates back 2,500 years. The rules are deceptively simple – two players try to capture as much territory as possible by surrounding areas with their pieces.

However, Go is known to be notoriously difficult and even more complex than chess. With more than 10100 possible moves, there are as many potential board positions as there are atoms in the universe. Traditional brute force methods, where every possible move and future paths are evaluated, would take all the computing power in the world a million years to go process. No approach involving pure computational number crunching would be feasible.

But the creators of Alphago used special techniques to develop the program. The underlying magic works on the same fundamental principle: Machine learning.

You’ve probably been living under a rock if you haven’t heard the words “machine learning”. But what exactly is it?

Algorithms and models had to be programmed with specific instructions and predetermined parameters in the past. But with machine learning, they don’t have to be programmed explicitly. Instead, they are fed large amounts of data sets and they “learn” by adjusting their parameters automatically. 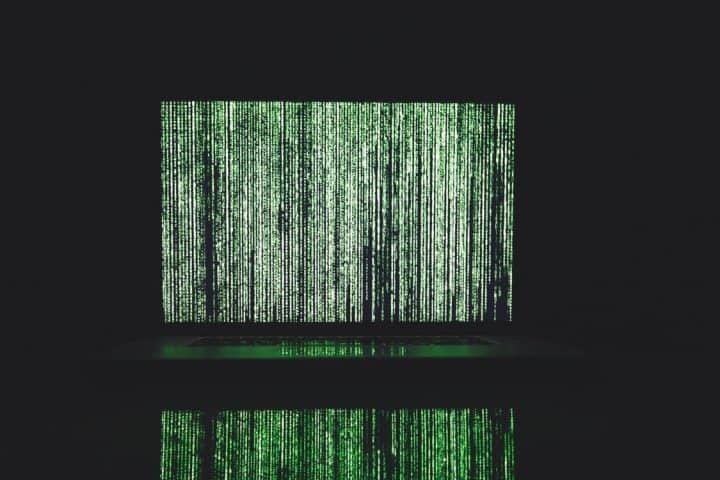 Alphago used deep neural networks, one of the hottest techniques within machine learning, to achieve their unprecedented win.

They trained a policy and value neural network by feeding in data from thousands of games, allowing the game to learn intuitive measures with minimal human input. 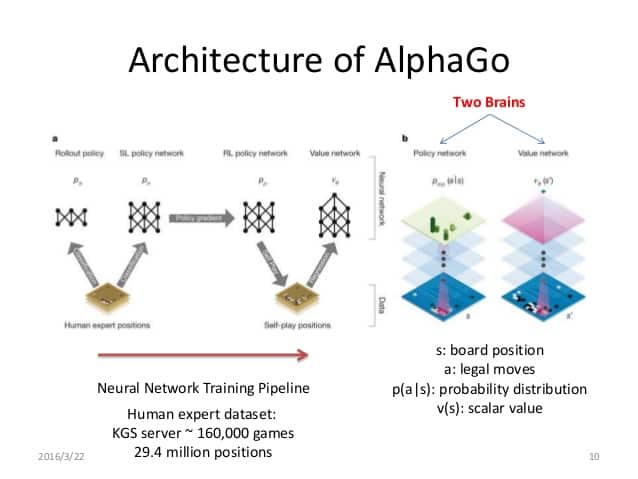 Once the algorithms were sufficiently trained, they could sample the next best available moves and evaluate board states. This exponentially reduced the computational work required, allowing the standard Monte Carlo tree search algorithms to navigate through a much smaller base of potential moves.

This combination of computational power and “human” intuition from the neural networks is what allowed Alphago to accomplish such an immense technical feat.

Why The Sudden Explosion Of Machine Learning?

Machine learning techniques have actually been around for some time now. But two factors have resulted in the sudden explosion and realization of its potential. 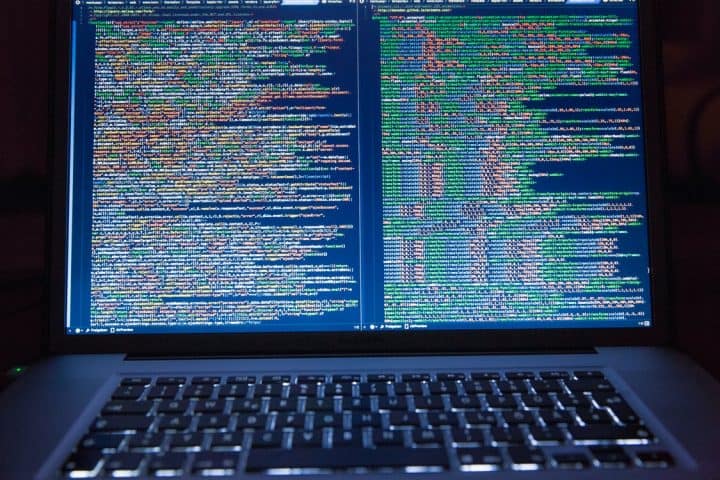 The first is a tremendous increase in computing power and the development of new programming frameworks, such as Hadoop, that has enabled parallel computation of extremely large datasets. This has allowed very computationally taxing machine learning algorithms to feasibly process and subsequently generate useful outcomes.

The second factor strikes at the core of what machine learning tick: Huge amounts of data. For machine learning algorithms to be effectively trained, they need to be exposed to very large datasets. This was a major shortcoming in the past, but in today’s world, we face an ironic problem – being drowned in data.

With a smarter application of these algorithms such as deep neural networks, we are beginning to find novel ways to untangle problems and create new opportunities.

The potential for machine learning across multiple industries and domains are apparent. Any industry or organization that deals with a vast number of data points – think healthcare with patient data or businesses with customer information – can benefit tremendously by analyzing these swathes of data and transforming them into actionable insights.

For many companies, the incentive to pursue a big data strategy is obvious. This spurs more innovation within the machine learning and cloud computing sectors, creating a feedforward loop that continues to accelerate the discipline.

However, the devil is often in the details. Large amounts of data can only be useful if you apply the right approach to analytics to derive useful information.

Okay, So Where Can I Learn More?

If you work in an industry that handles massive amounts of information, an ideal situation for similar machine learning algorithms to take advantage of, it is critical to understand the potential of AI.

You can continue your journey in learning more about machine learning and big data by attending Cloudera’s free briefing on these cutting-edge technologies.

Not sure if this is right for you? Nominate your IT head or technical lead and sign them up here for a free briefing.