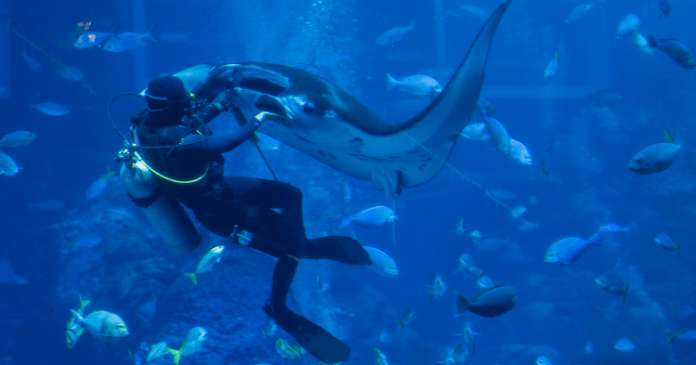 Imagine plunging into the depths of the murky blue ocean, and interacting with marine creatures that are larger than twice the size of your body—such as sharks and manta rays—as part of your daily job scope.

This might sound like a dystopian nightmare to some, but for others who consider water as their second home, it is a dream come true.

One of these individuals includes James Hong, who is one of the few professional aquarists in Singapore. Currently taking up a supervising role as assistant curator at Resorts World Sentosa’s S.E.A Aquarium, James has accumulated years of experience caring and training for aquatic animals that most of us might never come into contact with.

I decided to find out more from James about his career as an aquarist, such as his day-to-day duties and his underwater adventures with manta rays, some of the most intelligent sea creatures in the world. 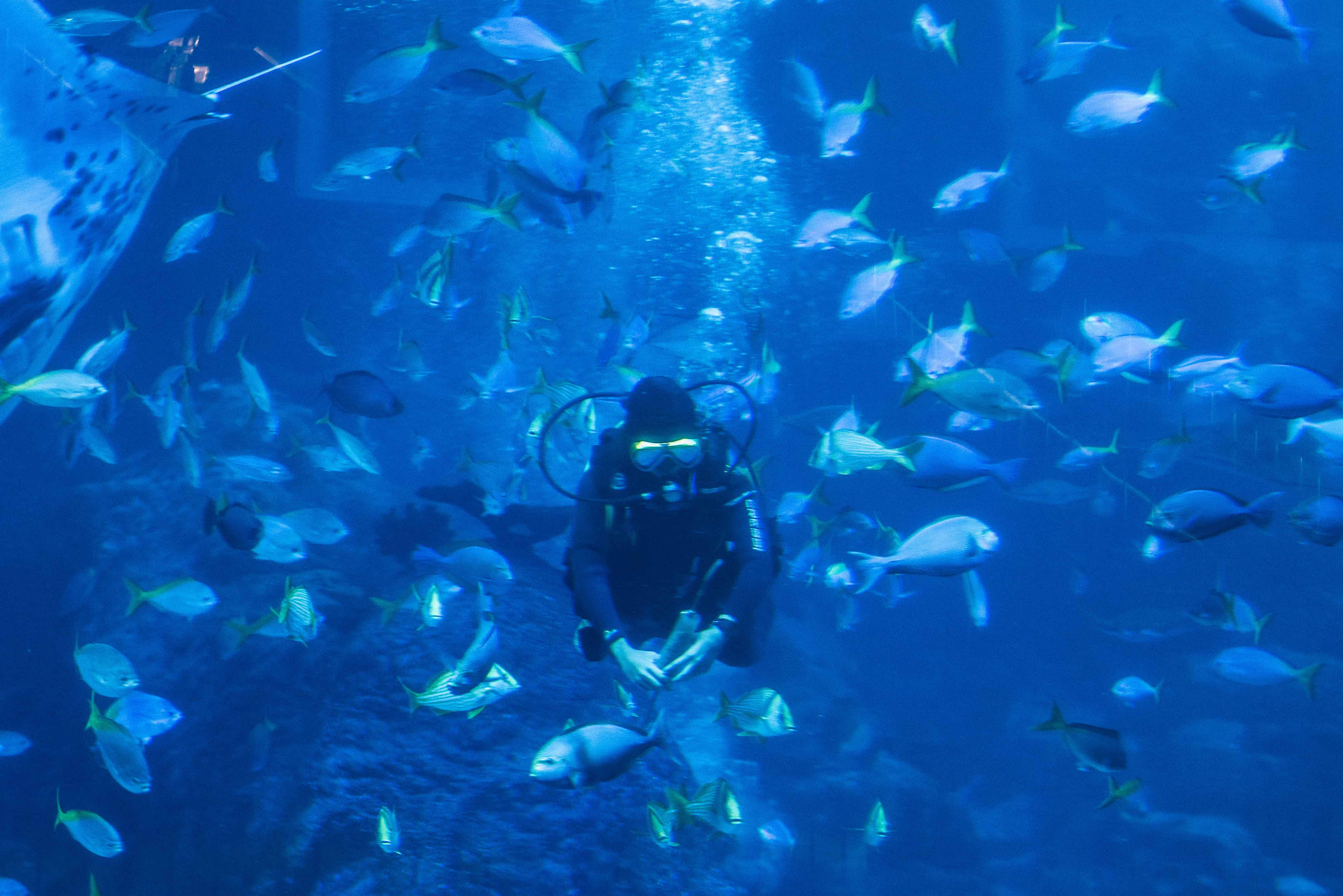 James explained that being an aquarist was not a simple job, as one needs to be “multi-faceted” and have the ability to undertake a ton of comprehensive tasks.

For example, an aquarist has to care for the animals, maintain the aquarium, as well as engage the public through education and bringing guests into the aquarium for underwater exploration.

As a result, it is important for the aquarist to have not just the basic diving qualifications but to also understand veterinary care and basic water chemistry. 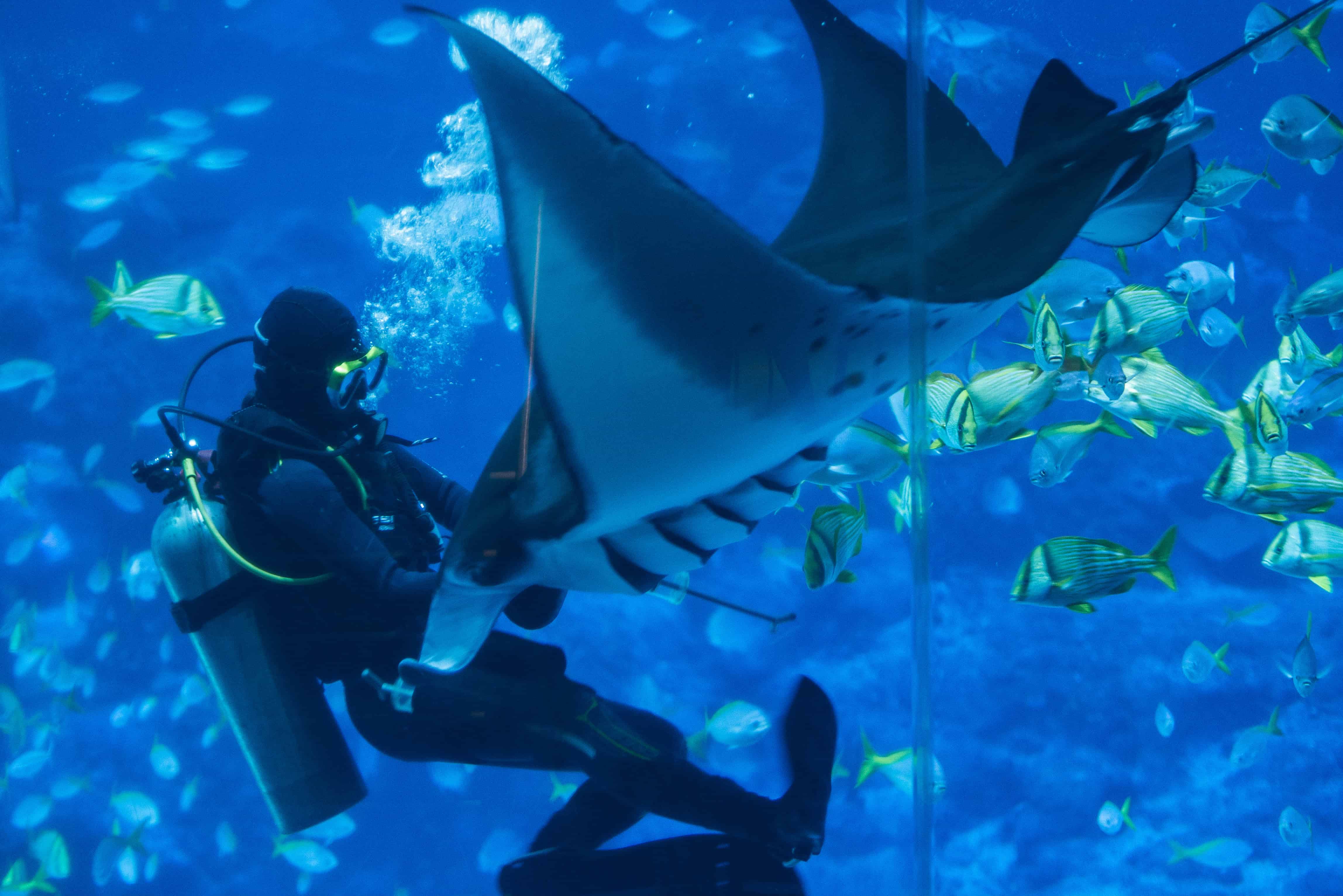 It is also more physically demanding than usual jobs.

“Due to the nature of the job, it can be physically tiring with the diving sessions and carrying of large volumes of food for our fishes. However, this job definitely keeps us healthy and active!” James said in good humour.

Usually, aquarists like James will have to spend time preparing diets and feeds that are specific to each animal species. They will then dive underwater to clean aquariums and improve habitats’ aesthetics, monitor the water quality and conduct a routine check on the animals to ensure they are in good health.

Other than feeding the aquarium’s marine residents, James and the other aquarists have also trained and bonded with several of the aquatic creatures, including the aquarium’s new addition of three male manta rays, who are widely known to be some of the world’s smartest fishes.

“To further promote their mental and physical health, we embarked on a variety of operant conditioning and enrichment sessions, such as providing visual stimuli to test their ability to recognize shapes or feeding at the water’s surface during enrichment,” James elaborated. 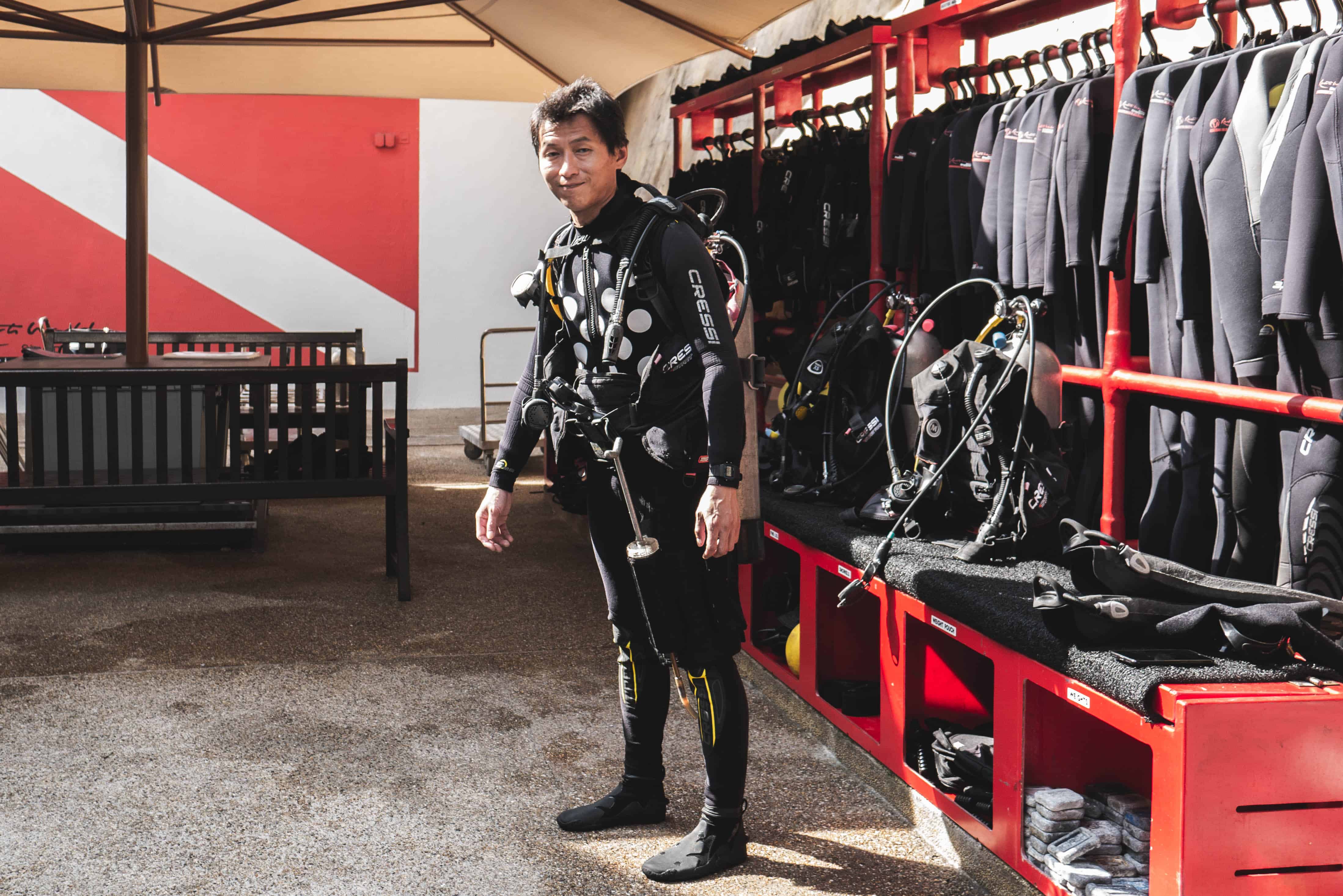 One such enrichment session was known as CABR, or the “Cue-Action-Bridge-Reinforce” method. The aquarist first raises his hands as a visual cue.

As the manta ray takes the action of approaching the aquarist, it will receive a gentle tap to indicate a job well done. Then, the aquarist pumps food into the manta ray’s mouth as a sign of positive reinforcement. 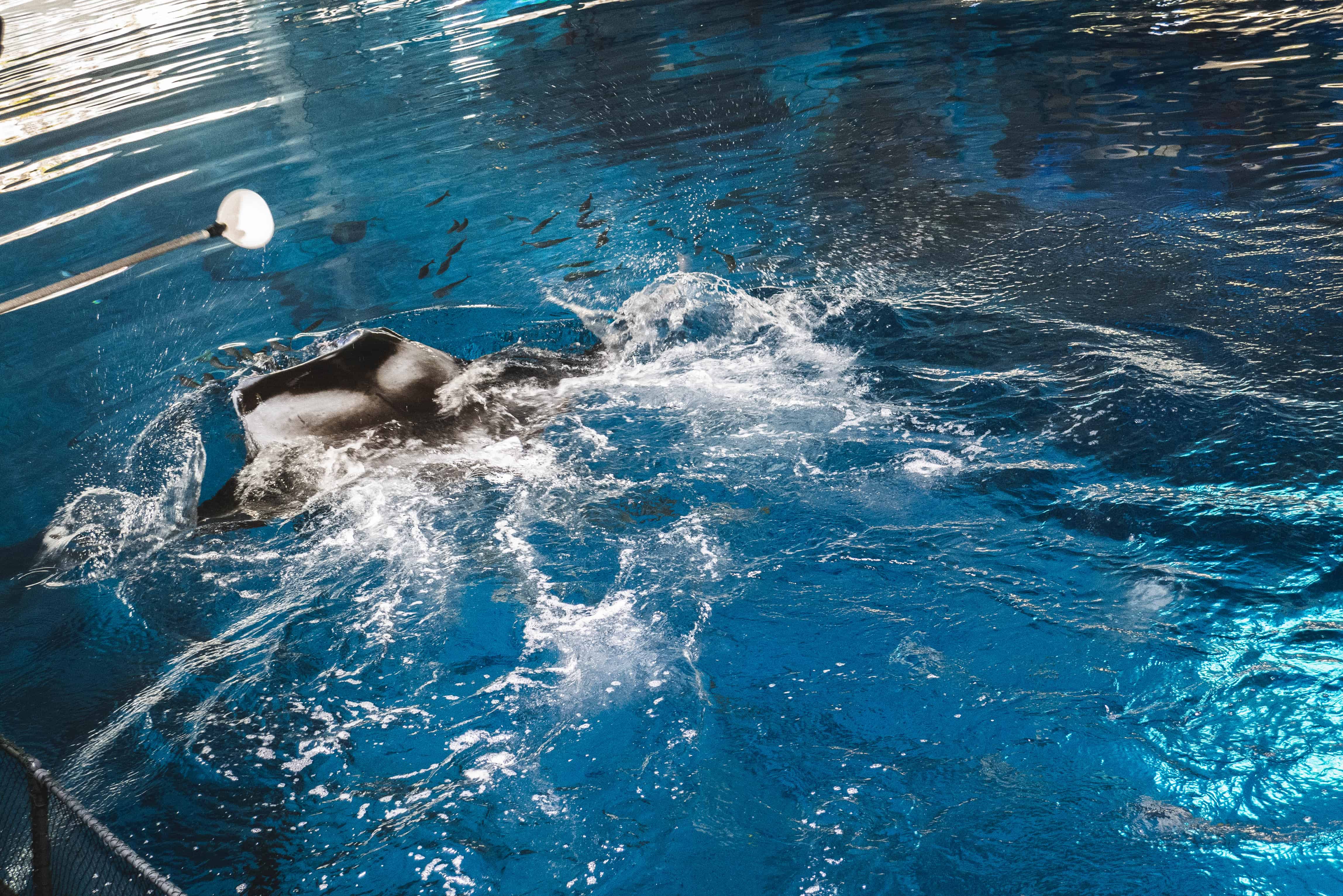 Having spent such a long amount of time with S.E.A Aquarium’s marine residents, James has changed his perceptions of these creatures that might seem strange and terrifying to some people. After all, tons of fictional works have been made about the horrors of diving underwater and sea monsters—a prominent example is that of Jaws, the famous science fiction film that depicted a monstrous great white shark.

“As we spend more time with large creatures such as manta rays, we realise they are not much different from us humans,” James stated. He compares these sea creatures with humans, as upon extended hours of interactions with them, he realises that these animals have unique personalities and habits, and can even engage in play interactions with the aquarists. 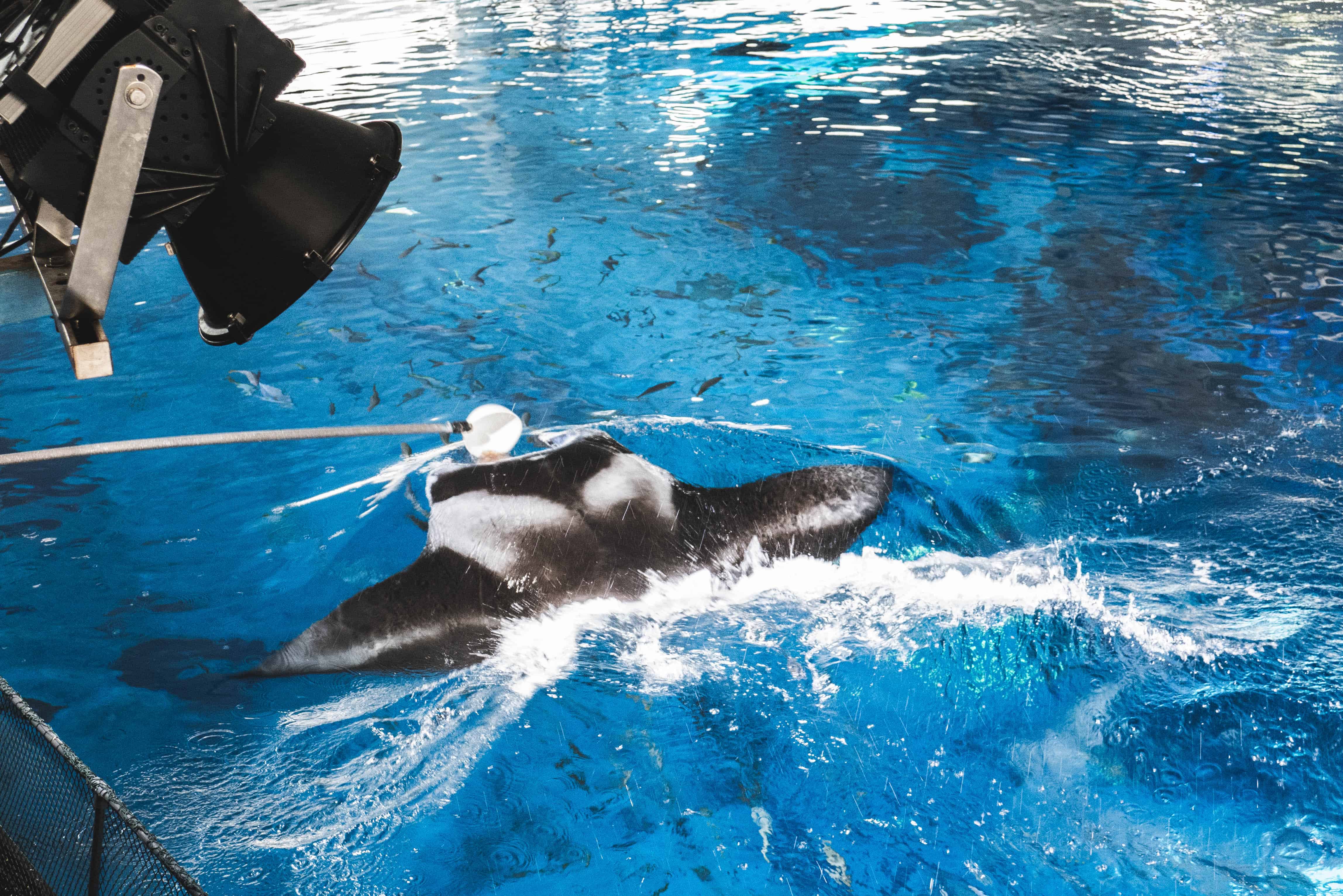 Furthermore, James has also spent a lot of time with the sharks in the Shark Seas habitat, and he speaks well of these creatures feared by many.

“Contrary to popular belief, sharks are in fact not bloodthirsty man-eaters! Our aquarists often dive into the habitat to feed the sharks up close, and you will be surprised to see our sharks take feeds from our aquarists with ease safely,” James explained.

He added that most marine animals are shy and will stay away from humans unless they are provoked. While there may be more to learn about these marine residents, many of them are also unfortunately on the brink of extinction. 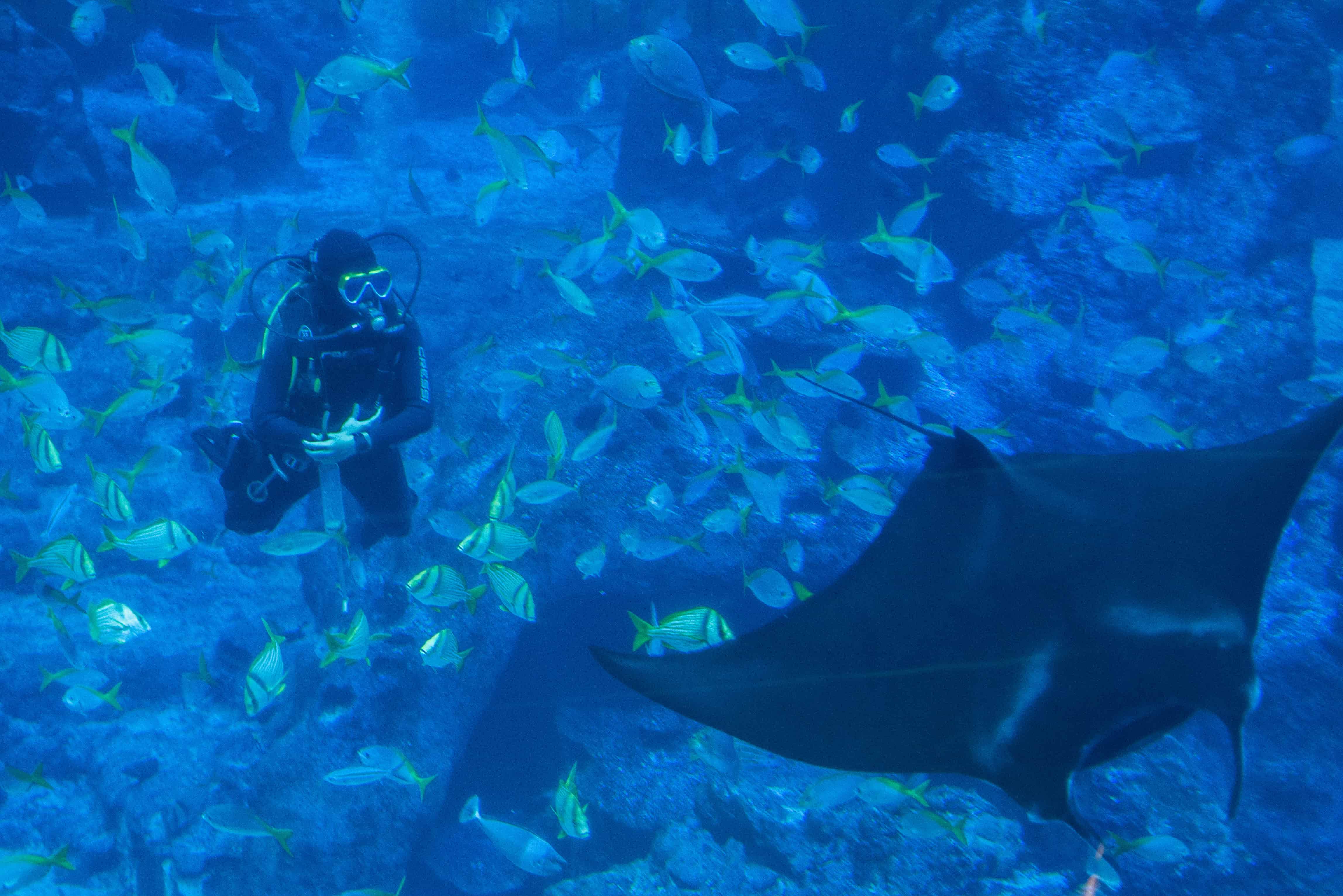 Fortunately, R.W.S Aquarium has managed to successfully breed a number of these creatures, and James explains that this is the most rewarding aspect of his job.

“We hope these breeding programmes can sustain a healthy and diverse zoological population, and more importantly, offer hope in protecting species from extinction.”

He also hopes that as more members of the public are educated about these creatures, more individuals will be inspired to protect them and their natural habitats.

Passion For The Job

As with all careers that specialise in a particular area, James did not stumble into this job by accident, as he had always had an affinity with water. 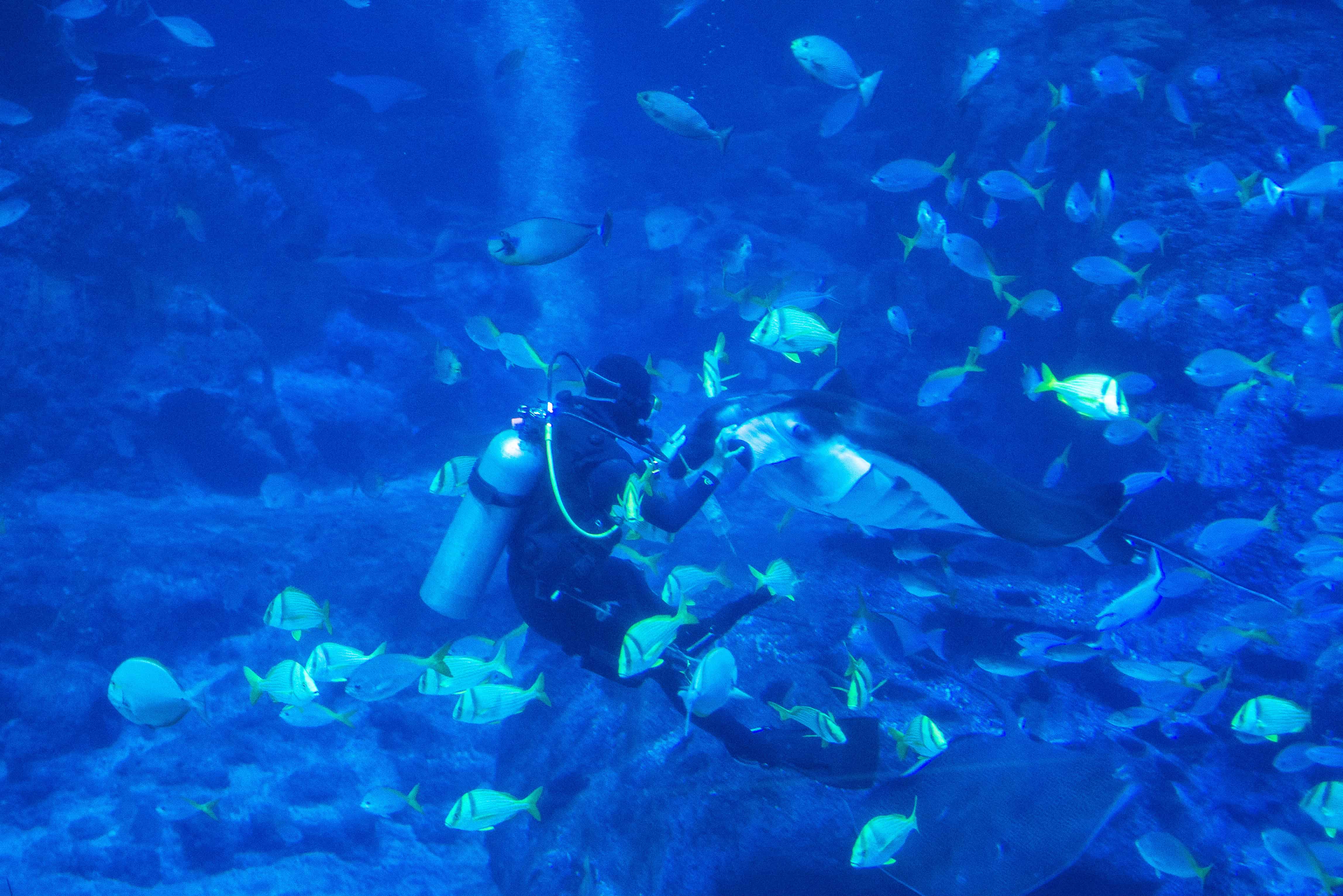 “I have always been passionate about marine life and water-based sports. One of my favourite things to do is to go diving and observe the variety of marine species and their peculiar behaviour and patterns. To be able to combine my daily job and passion is something I feel very fortunate for,” James stated.

Having done a polytechnic internship at the now-defunct Underwater World Singapore, James picked up relevant skills and thus continued to apply them in his current workplace.

When asked about ideal qualifications and skills of a potential aquarist, James explained that passion for marine life is the most important. “This is a very hands-on job, and requires aquarists to display patience and discipline when caring for our animals.” He adds that having a diploma or degree in relevant fields such as biosciences, as well as being a certified PADI (Professional Association of Diving Instructors) diver, will also be advantageous.

While his job opens him up to exciting new experiences that he looks forward to, his enthusiasm for past experiences will never get old.

“One particular rush of joy I still feel up to this day is the excitement and experience of feeding the 40,000 animals in the Open Ocean Habitat.”

“This is something I always look forward to and will never be tired of.”