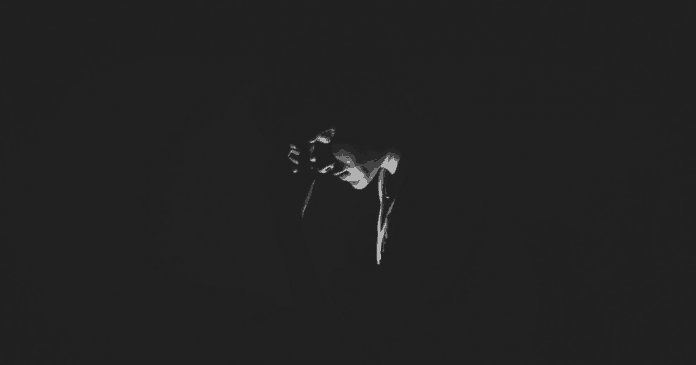 Before I decided to write this piece, I had to go over the idea over in my head a few times.

Did I have a right to tell a story that wasn’t truly mine to share? And would I end up hurting someone I cared about in the process?

I knew I could leave names out of it, but when you’re talking about someone with OCD, you can never underestimate the limits of their speculative abilities.

So why did I end up writing this then, you may be wondering. Well, to make a long story short, I hope this helps me make sense of something that I and many people struggle to grasp, I suppose.

You see, growing up with my brother was never “easy”, but neither was it some constant uphill challenge. My family and I always knew he was a unique character, but that’s something that we actually appreciated about him, everyone has their quirks after all.

As a kid, he would do small things that kind of alerted my parents to his “issues”. He’d leave taps running because he couldn’t get his hands dirty again after washing them, or he’d constantly wake up to make sure all his toys were aligned perfectly parallel to his shelf. After a while, all these little things seemed to fade away, and we assumed it was a passing childhood phase.

But after an incident that triggered months worth of sudden paranoia, leaving him with the complete inability to eat, sleep or work, we had to face the fact that something wasn’t right. So in a way, when we found out about his “diagnosis” -for the lack of a better word -early last year, it was a weird experience.

We weren’t surprised really, but I’d be lying if I said I’d seen this coming. The thing about certain cases of OCD and mild autism is that they’re not things that shout “Hey! Look at me!”, so for the most part, my brother always seemed like an average guy that was just a little odd.

This has and still does rub some people up the wrong way, and it makes it hard for him to make friends or form any sort of relationship sometimes, which to me, seems like the saddest part of all of this. 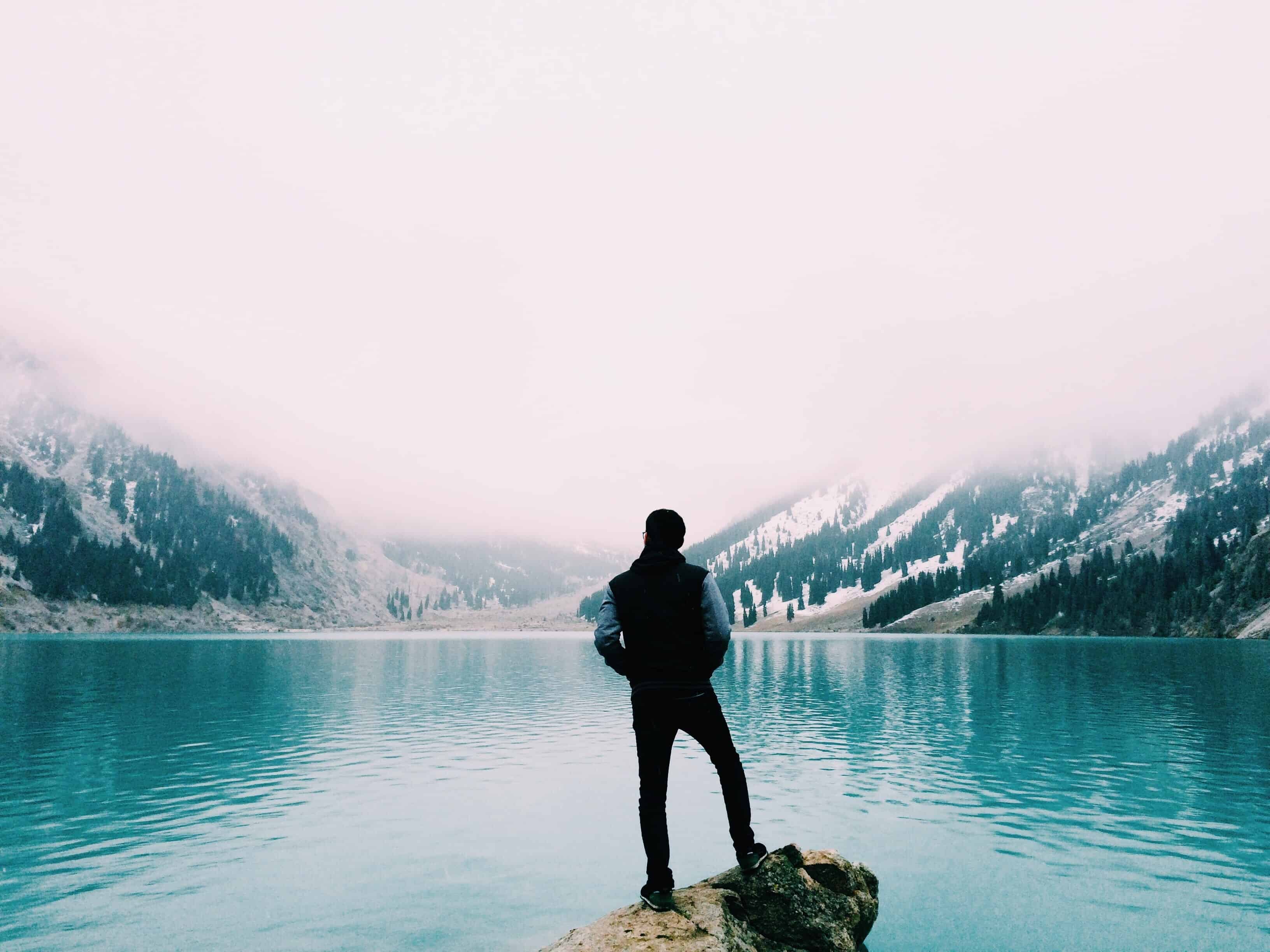 My brother’s unique condition makes him a very particular personality which means it’s very difficult for him to just blend into social situations, like at school or at work. He swings from being extremely closed off to being too up-close and personal, struggling to find that happy medium most of us keep to.

The most pronounced thing about his mild autism is that it gives him a childlike quality, which is one of the things I love the most about him. But like a child, he can be relentlessly demanding of your attention, needing you to be present with him whenever he might need you to be. This can be cute when you’re a kid but it’s much less attractive as an adult.

This responsibility of tending to him falls mostly on my mum’s shoulders though.

She’s become his keeper, or well, she’s always been his keeper but it’s just more obvious now I guess. Their relationship is unique – they spend almost every waking hour together, especially since he had to start working for her after a struggling to hold down a job. 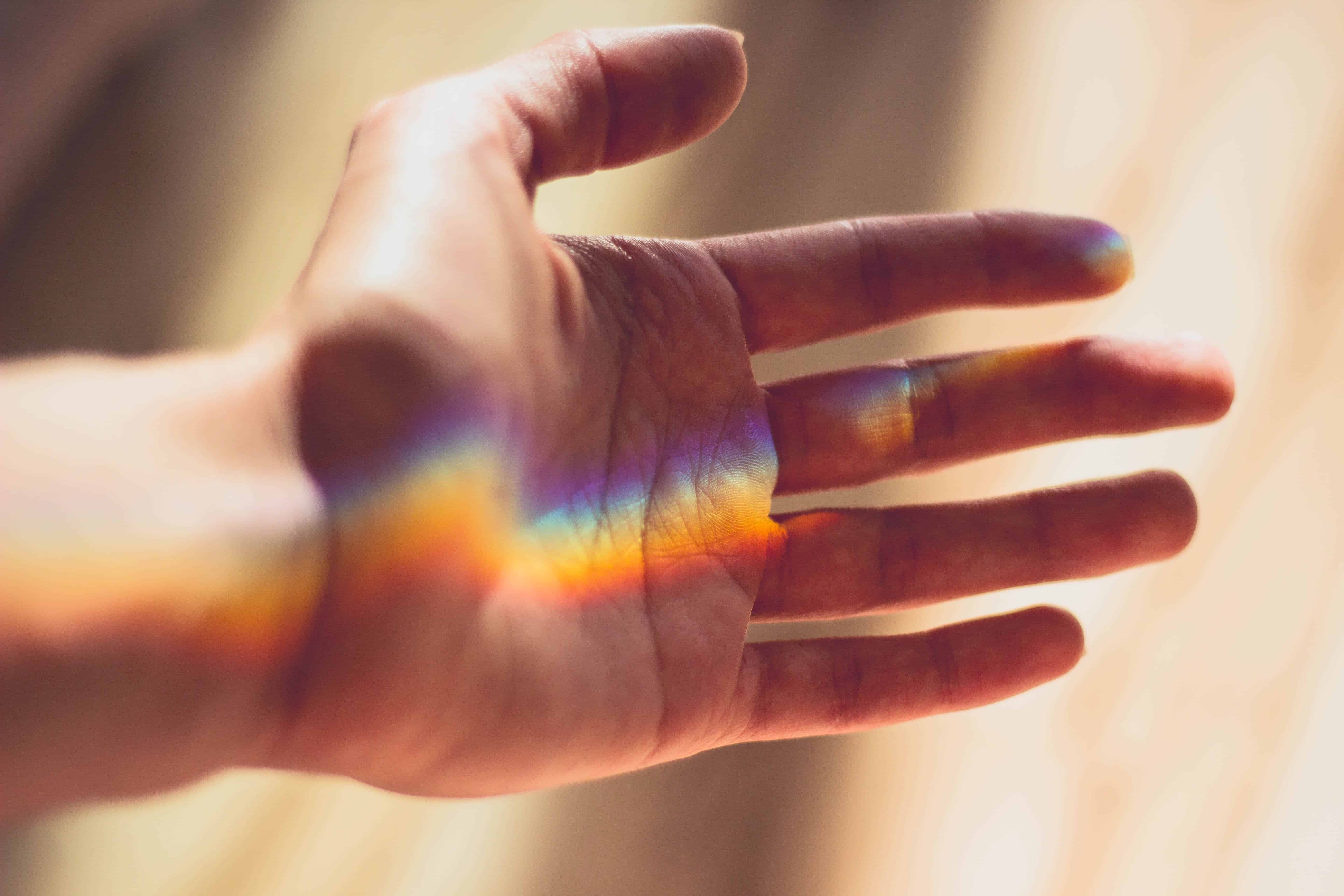 It takes a lot out of my mum to do this, to be honest.

It might not seem like it because she handles it so well, but there are those moments when she can’t contain herself either.

After all, my brother’s presence and personality is a lot to take in.

It’s loud, it’s often literally in your face (he doesn’t quite understand the limits of personal space), and it’s inappropriately rude, like how a kid makes jokes about how fat or ugly you are.

In a perfect world, we would say “It’s alright, he doesn’t mean it, that’s just the way he is,” but we’re not in that world. Things get hard sometimes, or a lot of the time to be honest.

I’ve seen so many people lose their patience with him, and I’ve had some come up to me and tell me straight off that my brother was an asshole. At the time we didn’t know about this whole thing so I couldn’t rightfully just say “that’s how he is” even though that was true. 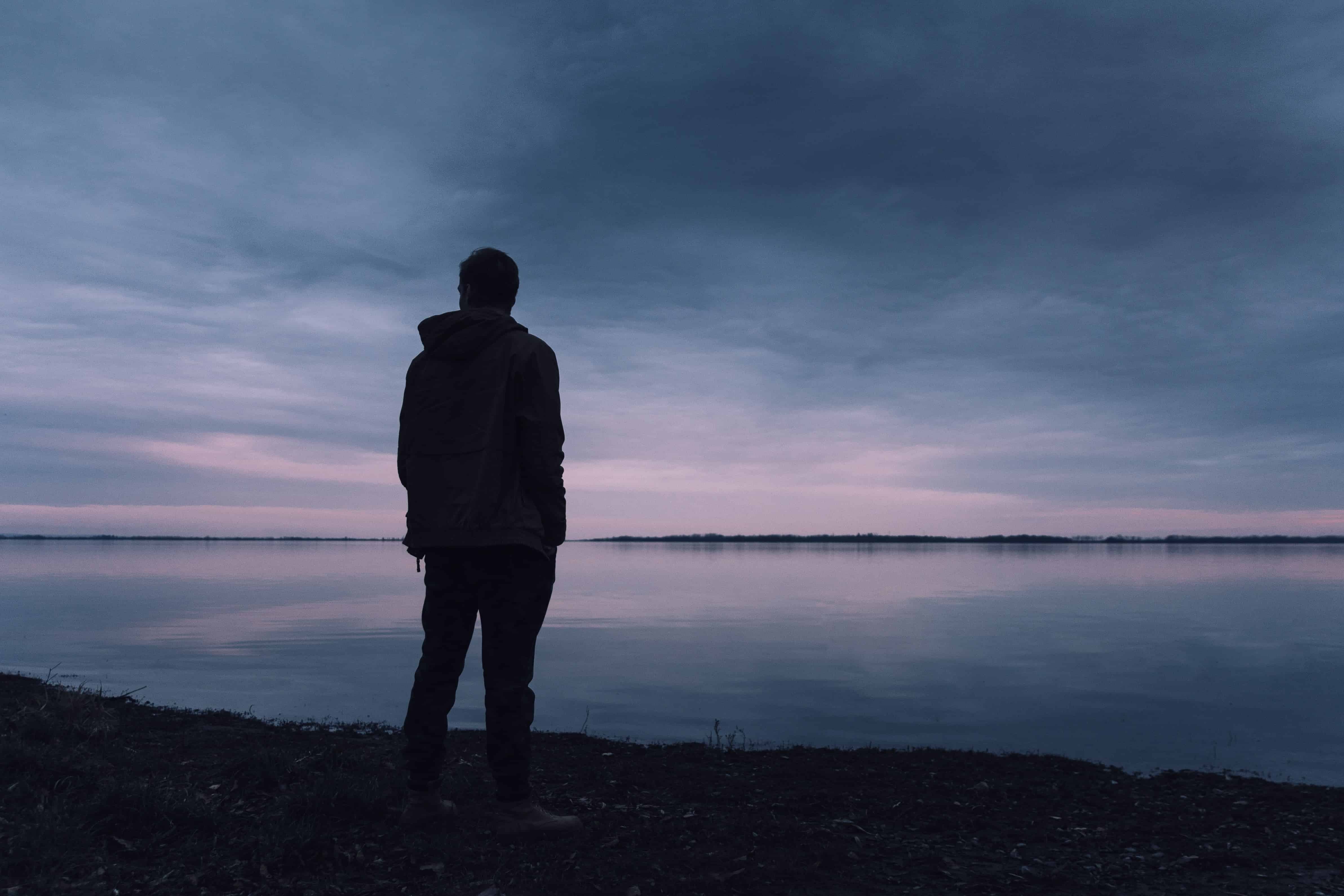 It’s always been a very bittersweet experience trying to get people to understand him because he definitely doesn’t make it easy.

But all his rough edges aside, he’s just this childlike personality that’s got his head somewhere in the clouds, and all you can do is hope that there are people that can just wait a moment to understand him or to just see that he has no ill intent before deciding to draw up all these conclusions about him.

And because he’s not someone with special needs in the obvious way some others are, it’s so easy to forget that this whole thing isn’t a choice.

He didn’t wake up one day and decide that he wanted to be different or to obsess about the most mundane things or to be completely unable to read social cues. Even I have to admit that I’ve fallen into that category of people who have wondered why doesn’t he just try harder? Why can’t he just wake up and do something for himself for a change? But looking back on everything, there were enough signs there for me to say, maybe there’s something I’m missing.

It was just easier to get angry or annoyed the way everyone else does. It’s just so convenient to say that he should be trying harder to fit into our idea of what he should be like instead of asking him what’s going on in his head.

I can’t go so far as to say he’s trying his best, or that he’s doing all he can. I still don’t know what goes on in his head most of the time. But whenever I start to lose my cool with him I try to remember something he told my mum once: 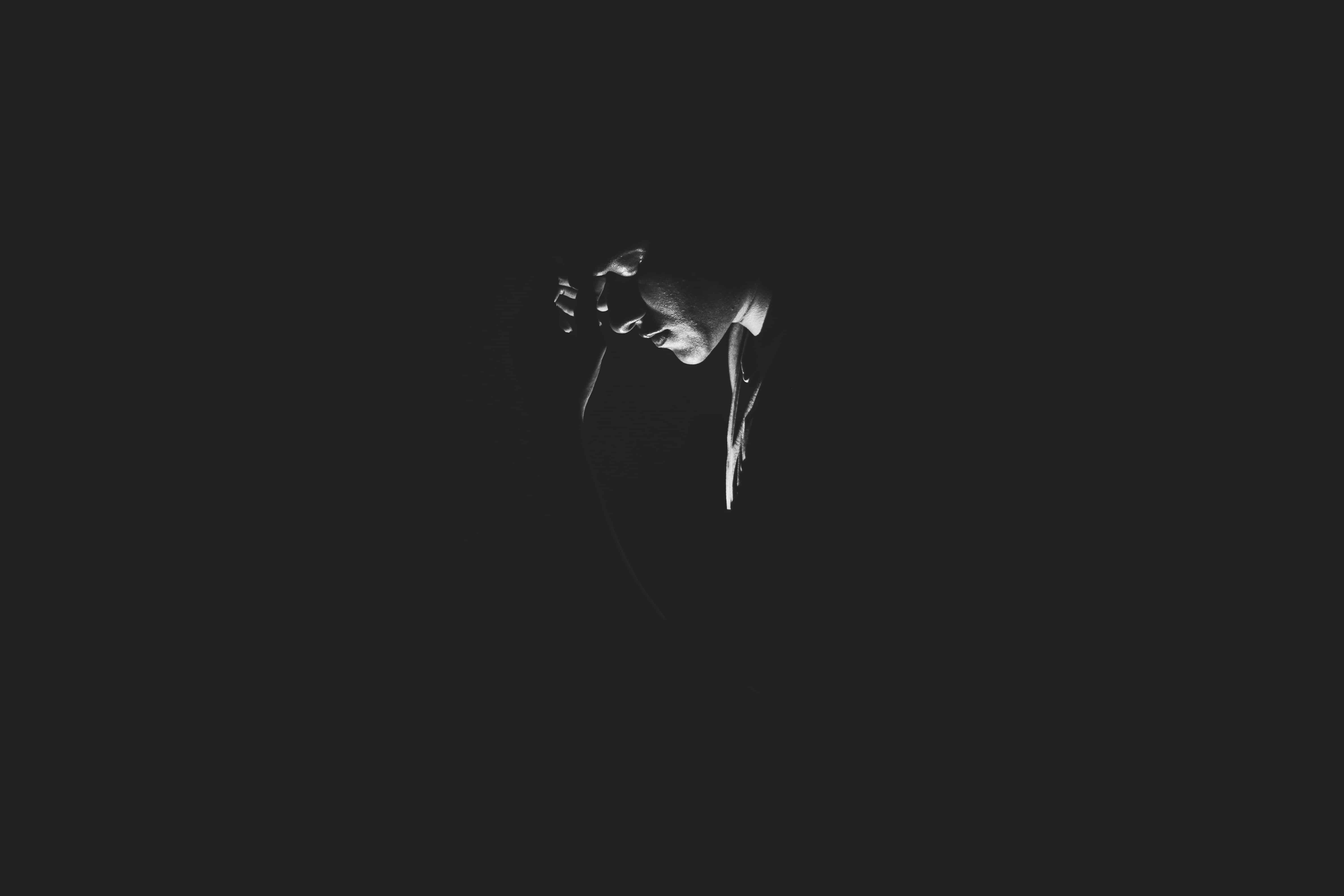 “I know you want me to be ambitious, and I know it’s because you just want me to be successful and happy. But I know that’s a life I won’t have. I’m just happy to have a home, and to have a stable job and to come home and do the things that make me happy.”

Thinking about the way he sees himself kind of breaks my heart, but I think it’s admirable for him to look at himself and his condition the way he does. It’s not easy for someone to just accept that their life isn’t ever going to be easy and that theirs is going to be a lonelier existence than most.

In many ways I guess, it’s the rest of us that have to grow up and come to terms with the difficult parts of life, not him. The reality is, I don’t have any particular insight on how to identify people who struggle the way my brother does. This is probably the worst part of it all, because that makes it so much harder for the world around us to understand him and people like him as well.

But there are some who are able to see past the petty things that put most people off, so all I can say is, compassion goes a long way.

And it’s worth finding out why some people are the way they are before writing them off.