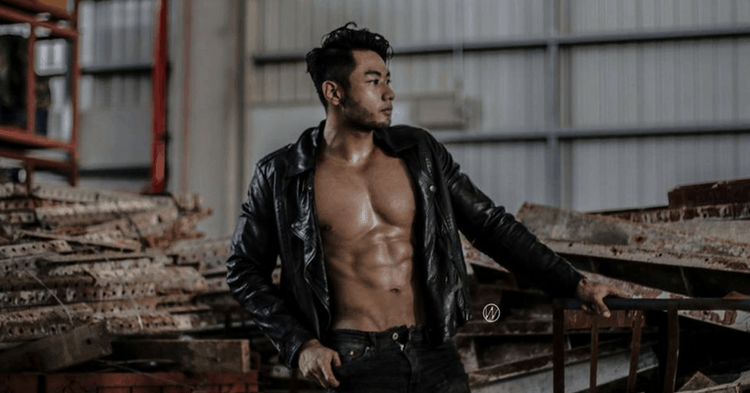 Have you ever felt like you’re in a slump and don’t know how to deal with your problems except by drowning your sorrows? You’re not alone. The bulk of youths, once of legal drinking age, often drown their sorrows by partying all week and binge drinking.

Meet Fuad Al-Hakim, 28, the first ever Malay Manhunt Winner who overcame his problems and now strives to make a difference.

Fuad was a regular young man, legal and out to drown his sorrows due to family problems. He was an alcoholic, and was eventually hospitalised due to liver damage.

The health scare made Fuad cut down on his alcohol intake and change his diet immediately. 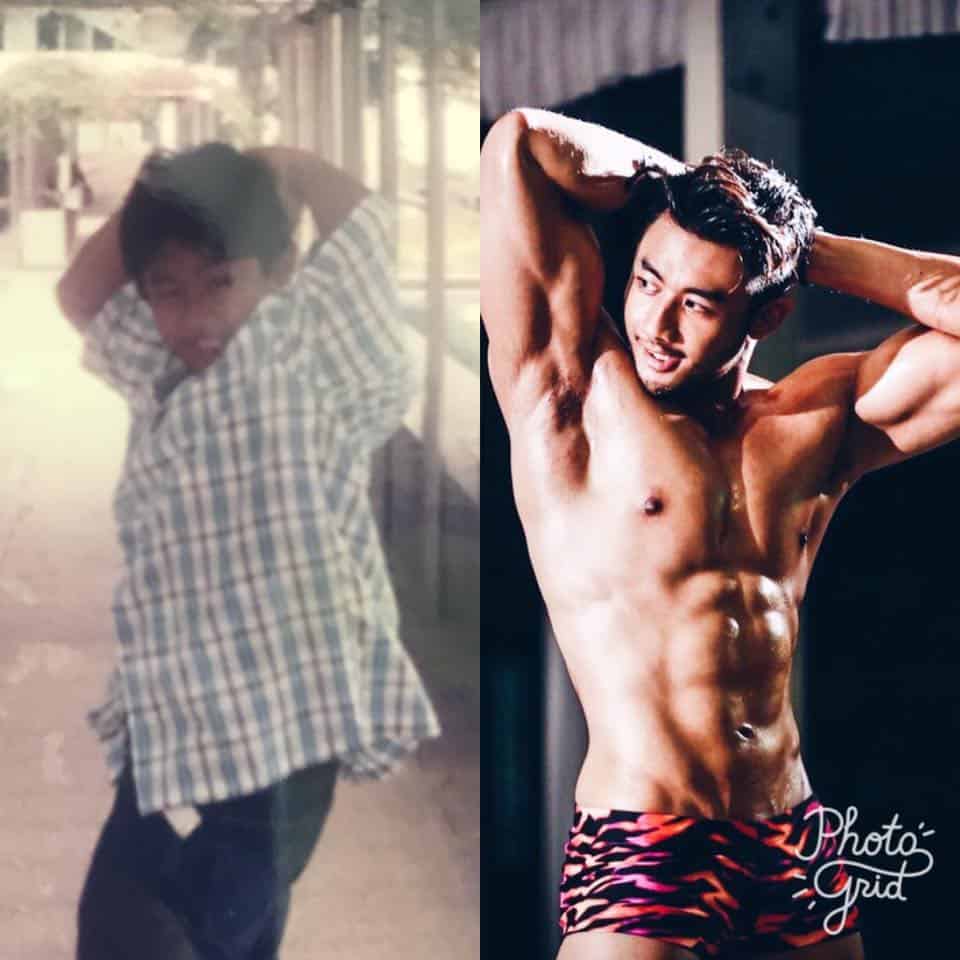 In 2012, Fuad went from only watching his diet to jogging. Soon after, that led to picking up weights in the gym. A few months later, he saw changes to his mindset and physical body.

The endorphins from exercising regularly cleared his mind. Fuad soon got hooked to the gym, with it becoming his second home.

After regularly heading to the gym for about 3 years, Fuad decided to join Manhunt Singapore 2015. 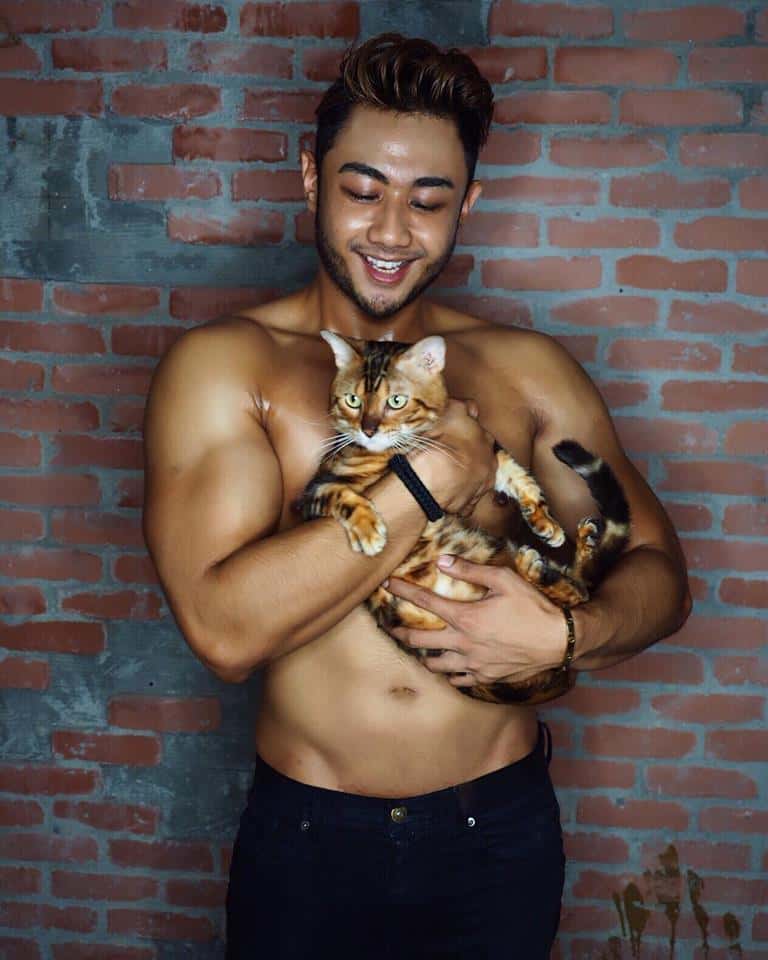 He was juggling a full time job as a graphic designer at Attica and doing additional freelance talent work. Fuad admits it wasn’t easy to fit in the intense gym schedule to prepare his body for the competition.

It was thus a huge surprise for Fuad to take home the winning title as he never expected to win.

“It was more about the experience than anything else.”

After being crowned champion, many doors started to open for him – including modelling and acting gigs. Being a model and an actor was never part of Fuad’s plans, but he’s thankful that being in the competition has now helped him to enter these industries.

As with all Manhunt Singapore winners, Fuad was also sent overseas to compete for International Manhunt in 2016.

“The experience of being able to represent Singapore overseas was truly something that money cannot buy.” Being the eldest amongst his siblings has indirectly pushed Fuad to become a hustler. After all, the responsibility of shouldering family issues and difficulties naturally falls on him.

Fuad and his family went through various obstacles, which resulted in a few financial difficulties. Being a family man, he could not ignore what was happening but instead decided to shoulder it as well. He explains: “For me – family is everything, without them, there is no me.” 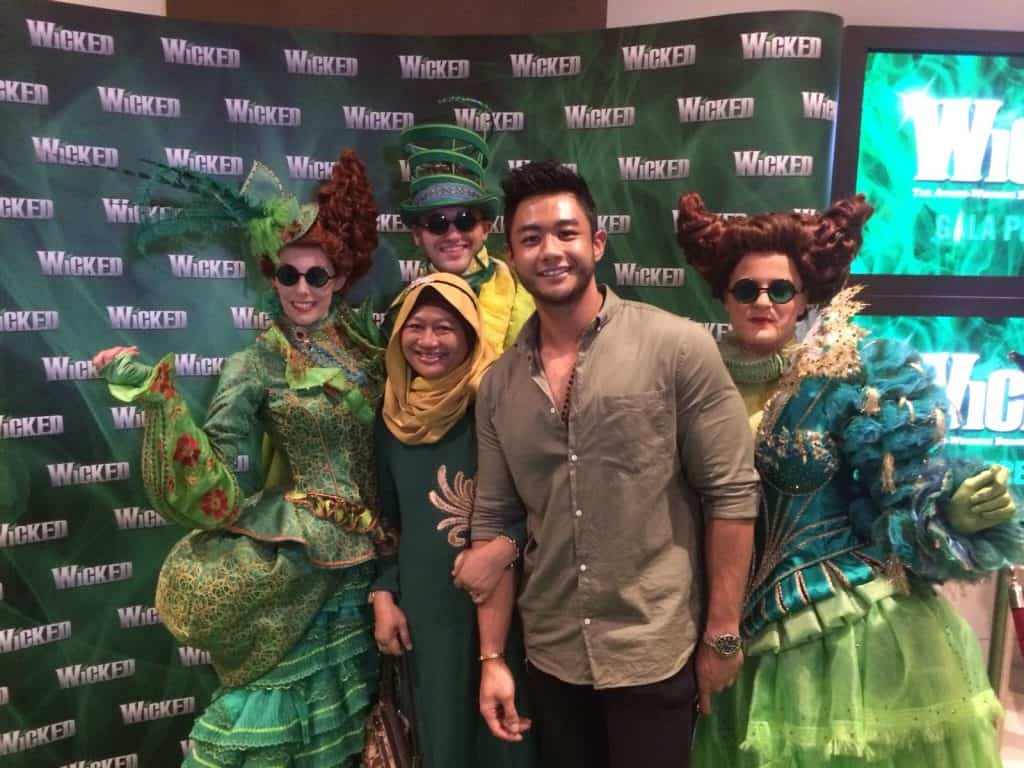 Although Fuad has many things on his plate, he genuinely enjoys the process of each job or practice.

He takes it as a learning experience – at the same time, it helps him lighten the financial load on his shoulder.

“I have always believed that it is hard work. Luck? Not really. All these years have taught me that working hard pays off better than luck.”

Having had troubles juggling and allocating his time with such a busy schedule, he recommends those who face the same problems to get a planner or to note down appointments on your phone.

Unsurprisingly, sacrificing precious me-time is a must do as well. 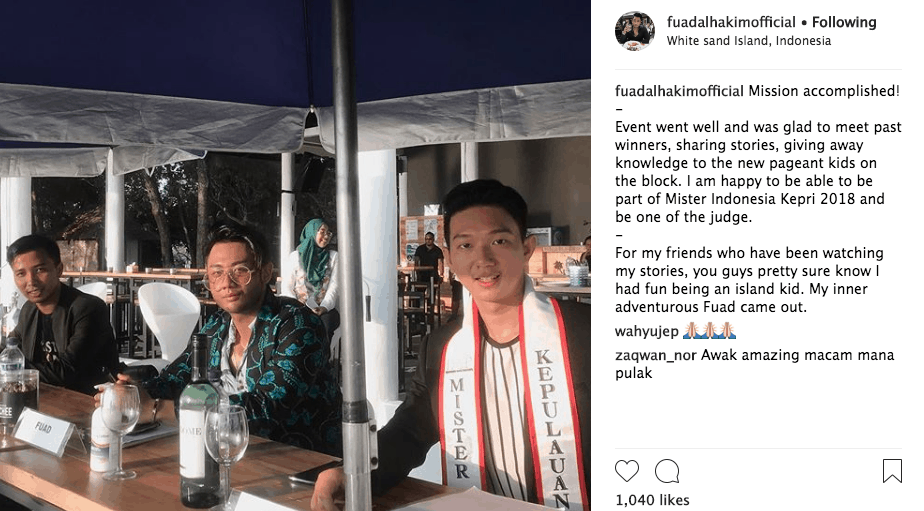 “I have so much to handle – not that I am complaining. Due to that, some hours I have to let go, such as reducing the hours spent with friends, partying, or even when I’m in a relationship.”

“I had my fair share of fun and as I grow older I realised that I have to do so because I want to reach financial freedom in the future.”

When it comes to pageants and modelling for brand endorsement or fitness shoots, there’s no doubt that sex appeal is a main focus in the industry.

Fuad was part of that in the past, where he’s usually topless or in a pair of trunks. When it comes to this, Fuad is open minded and understands that it is part of the whole package of being in the pageant and modelling industry. 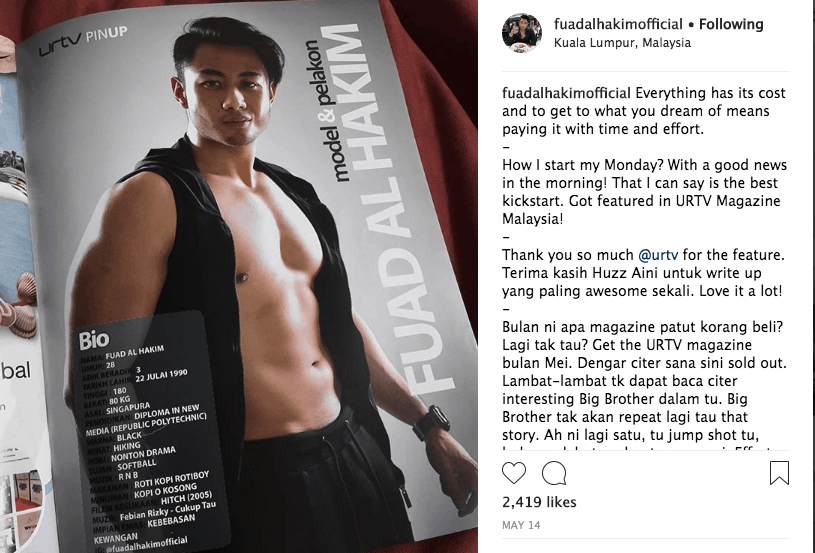 Once he stepped into the Malaysia media industry, however, it became an issue as Muslims are not allowed to expose too much of their skin. To be fully accepted in Malaysia, Fuad had to let go of sponsorships from certain underwear and swimming trunk brands.

There were both negative and positive comments from his followers and fans. However, they are still supportive of him in his endeavours. 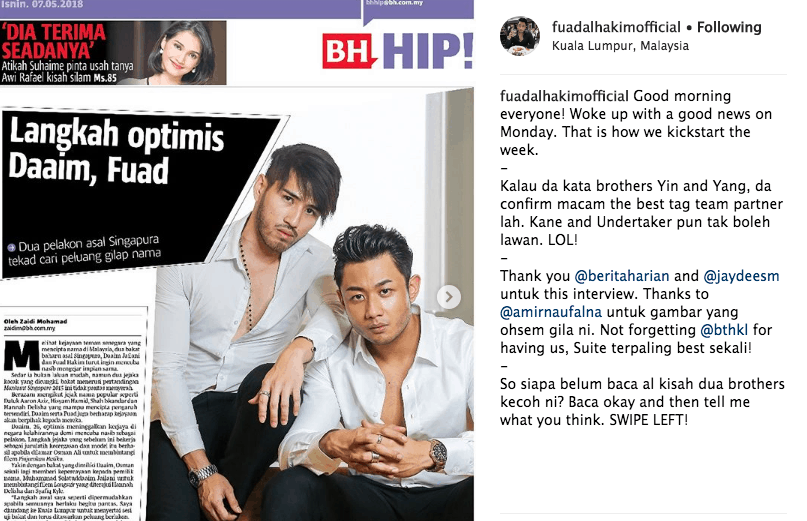 An Inspiration To Others

Apart from modelling and participating in pageants, Fuad has wanted to inspire others since he got into fitness. As his following grew over the years, he continuously promotes a healthy body image and mindset on his Instagram and Facebook pages. 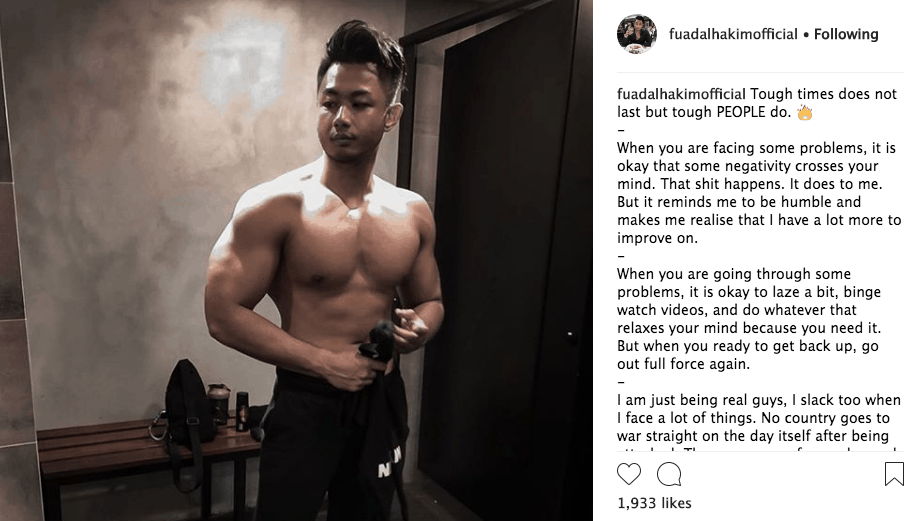 One of his biggest setbacks faced thus far is rupturing his ACL (Anterior Cruciate Ligament) and tearing his meniscus in 2014. As a result, he had to undergo surgery.

“I thought that was it for me, back to being ordinary. I almost gave up while recovering but I asked myself, ‘Why did I even start in the first place?’”

That question got Fuad thinking about why he should not give up. Remembering that there are those who look to him as an inspiration, he then decided that giving up will never be an option.

On top of that, Fuad takes the time to give his friends, family and fans advice on how to have a better diet and exercise regime. This is a result of his personal experience – as his mother has diabetes, he understands first-hand the emotional and financial toll on the patient and his or her loved ones.

Knowing this, Fuad does not want anybody else to suffer alone, holding live video Q&A or joining and promoting community walks to help create awareness about the condition.

“I believe health is important as much as working hard. Without good health, how are you able to do whatever you need to do? It is health that is the real wealth and not cash and gold.” 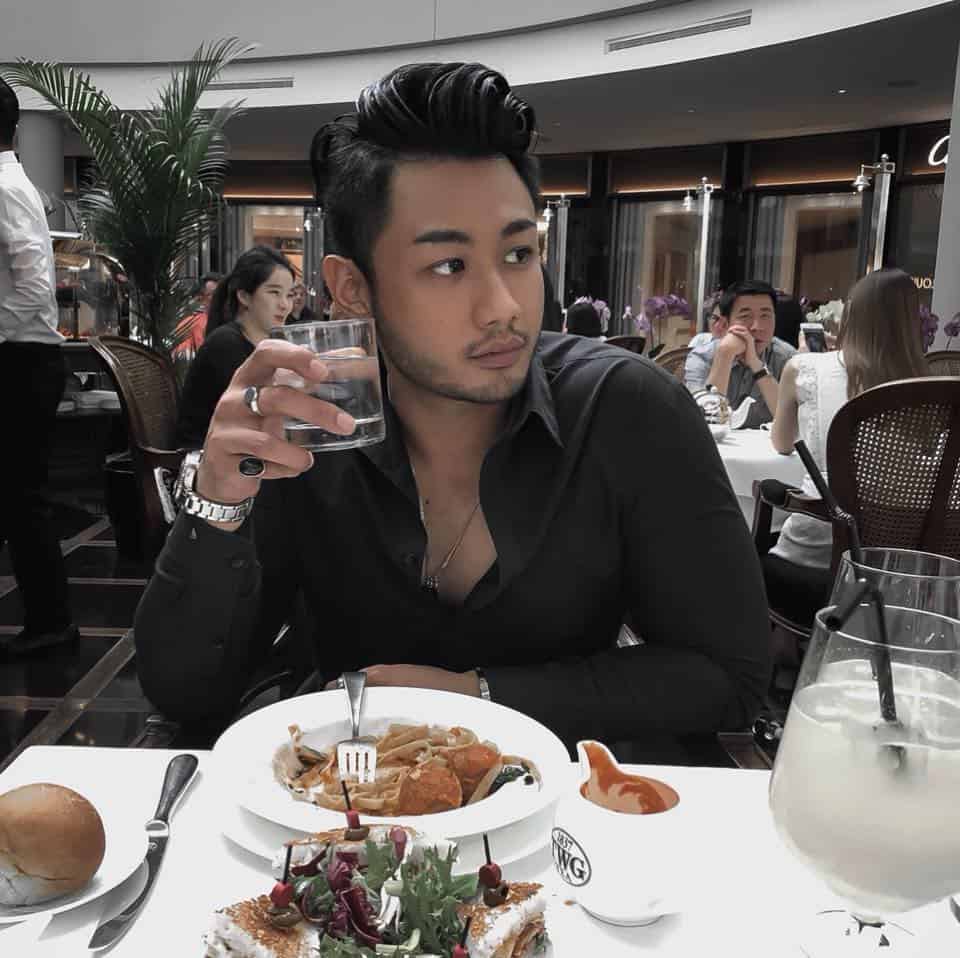 In a fast paced environment like Singapore, we rarely stop and enjoy the process of learning. We either procrastinate or rush through things.

Fuad believes that to be a successful person, one has to be always constantly learning regardless of age.

“It can be slower progress than anyone else but know that it does not mean there is no progress. I believe in hard work. Only when you work hard then you see results. Success is based on persistence not luck.”

This is also one of the reasons why Fuad is a young entrepreneur with two of start-ups – WOLFXBLACK and ADLA – which sells sports apparels and sunglasses respectively.

In ending, he shares a quote that I believe rings true for many.

“Nobody said life was easy, but with the right mentality, life is one crazy journey with amazing experiences along the way.”