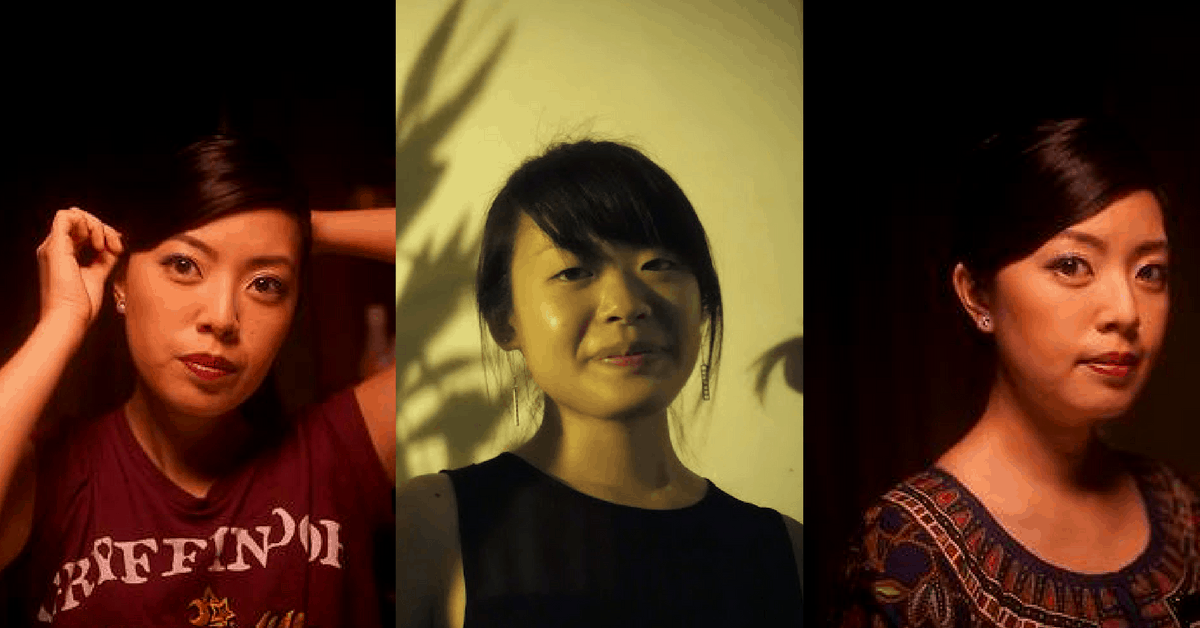 The M1 Singapore Fringe Festival brings to us the best of theatre, music, dance and photography from all over the country every year.

This year, one of the main highlights at this festival is the photo exhibition titled “All In Her Day’s Work” by documentary artist Charmaine Poh.

As a documentary photographer, her work is generally related to memory, gender, youth, and solitude.

Known for highlighting prominent social issues through her work, Poh is all set to showcase her most recent photo story at the prestigious Fringe Festival this month between the 17th and 28th.

“All In Her Day’s Work” features behind-the-scenes portraits of real women in “gendered jobs” from different walks of life. She has captured the likes of a sex worker, ballet dancer, air stewardess and beauty trainer.

This photo story was conceived and executed specially for the festival. Poh says that she had submitted a proposal when the festival publicized its open call.

She wasn’t sure exactly what the images would look like, but says that she likes having to prepare for such proposals. They force her to challenge herself and think differently, and to work according to a timeline.

The idea in itself seems so intriguing and unique, and so I asked her about her inspiration behind this topic.

“I can’t really pinpoint where the idea came from, but I just researched the topic and tried to visualize these issues.”

She adds that she was intrigued by the physicality that these jobs demanded, and how there’s a divide between the private and public self. She was also fascinated by how there’s an element of performance involved.

It is not easy to complete a project involving people. It takes a lot to convince them, especially when your work involves intrusion into their private spaces.

Poh had to dedicate some time to meet with these women and explain the concept to them.

“Most of it is really building a friendship and trying to see where they were coming from.”

“In every project, there are people who reject the idea, and aren’t part of it in the end – but that’s really life, you know. Each relationship that I have with someone I photograph is delicate and something I handle with care.”

Poh did not want her subjects to pose. This was the reason she had contacted real women and not hired models for the job.

She wanted to depict things in their most natural state possible.

Hence, she asked these women to get ready in front of a 2–way mirror just as they do every day and captured them during the process from the other side.

“Using a two-way mirror was a way to look at the tension between the way they saw themselves and the way society sees them… it plays with gazes, both of the subject and of the photographer.”

“In each portrait, they are looking straight at me, yet they don’t see me. They see themselves. They dress up according to how they want to project themselves.

“And at the exact same time, I see them and can interpret their process in my own way.”

Shooting such an intimate series was a first for Poh and she wanted to give it her best. She shares that a set up of two LED lights on light stands, one at the top and one below was used to give a dressing room mirror kind of effect.

Poh worked on this shoot alone for most of the part as she wanted to maintain the environment of intimacy.

Her previous series called the “Room” featured portraits of women in Singapore dressed up in school uniforms as well as letters they had written to their younger selves. That series also dealt with the issue of identity.

However, the approach in both the series is different, as the photographer explains.

She says that “Room” deals a lot with memory. It is about trying to remember the little turns that made you into this person that you are. On the other hand, “All In Her Day’s Work” is about the present.

Poh adds that mid-way while working on this project she realized that it reflected a subsequent life stage, from the nebulous navigation of young adulthood to the concrete responsibilities that working life brings.

It took several months for the entire process. From meeting with people and conceptualizing to getting the technicalities correct, the pre production was quite extensive.

Each person was shot individually over a couple of hours spread over a week’s time.

Given the nearing deadline for the festival, time was running tight by the end of the project. However, Poh belives that no project is done – there is always a lot of space left to continue.

In fact, she sees it as a starting point.

This documentary photographer has managed to come up with issues that challenge societal stereotypes and persuade us to think.

She says that she decides on the topics for her projects based on many things like her interests at that point in time, her life stage, opportunities and finances.

However, the strongest motivation for Poh is the need for an emotional resolution.

“My projects change the course of my life. I need them more than they need me.”

This dream project is all set to be exhibited at the M1 Fringe Festival 2018 at ION Art Gallery, Level 4, ION Orchard. You can meet and interact with this inundating artist on the 20th of this month at the festival.

Her next project will be about queerness in Singapore – we can’t wait to see the results.