8 years ago – the then 16 year-old me thought that I would have my life settled by the age of 25. I would be in a job that I liked, in a stable relationship with a substantial bank account balance. Fast forward to the present, and I’m less than a year away from being 25 – yet not where I thought I would be.

Over the years as I saw my friends hitting similar milestones that I had set out for myself, I couldn’t help but wonder if I was falling behind.

It turns out that I’m not alone – Theresa, the brain behind the upcoming card game The Singaporean Dream, shares that the concept for the game came about due to similar sentiments.

As Theresa was graduating from university, she saw her friends rushing to find a job, get engaged and apply for their Built To Order (BTO) flats. This left her feeling confused and anxious that she wasn’t “keeping up”. On top of that, it also made her reconsider what “The Singaporean Dream” meant for her generation. 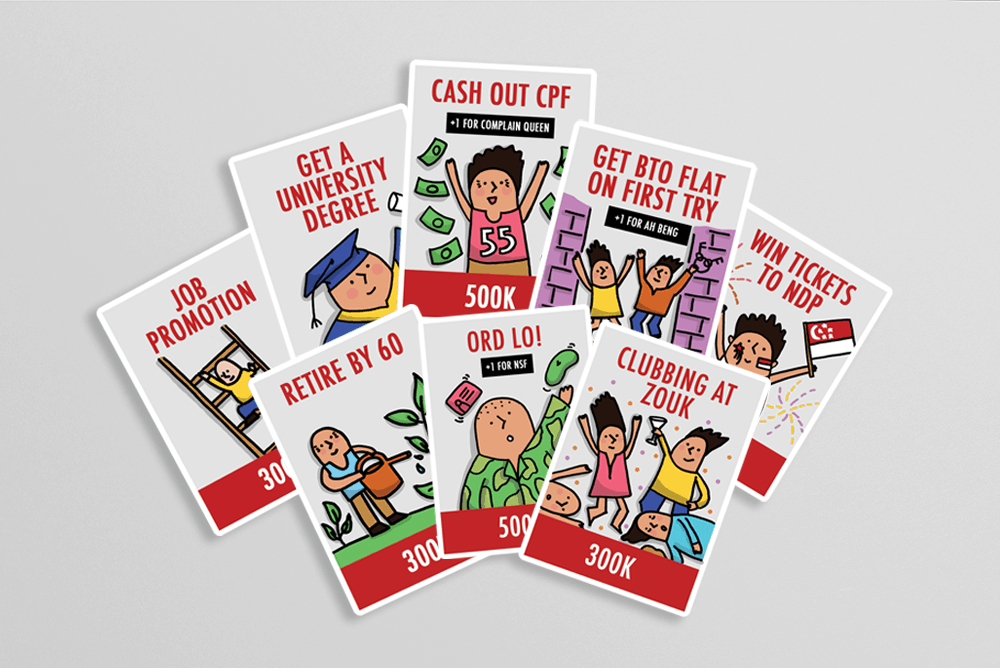 “This made me realise that as Singaporeans, we often feel like we have certain “milestones” to achieve, and to be “on the right track”.”

In fact, that is also the very goal of the game – to get as many Singaporean Dream cards as possible to become “The Perfect Singaporean”.

Theresa herself is no stranger to the “The Singaporean Dream”, saying that she has felt the need to follow in its steps at different stages in her life.

“From a young age, I felt that there was a standard “route” to one’s life as a Singaporean. In fact, most of us are familiar with this – completing your O levels, going to university, finding a good job, getting married, getting your BTO flat, having children and so on.”

She finds that this makes it harder – socially and economically – for people who want to deviate from the “norm”. I can’t help but wonder – what then, is Theresa’s “Singaporean Dream”?

“I wouldn’t say that I have a particular “Singaporean Dream”, but my current goal is to publish this game successfully for all my backers,” she adds with a laugh.

With 100% funding in 4 days on Kickstarter, it’s safe to say that Theresa is a step closer to attaining her dream.

“For the longest time, I have always wanted to create something. I wanted it to be fun, interactive and had to have an impact on the people who come across it. I am glad this card game is a perfect balance that lets me explore my passion of creating and having fun.” 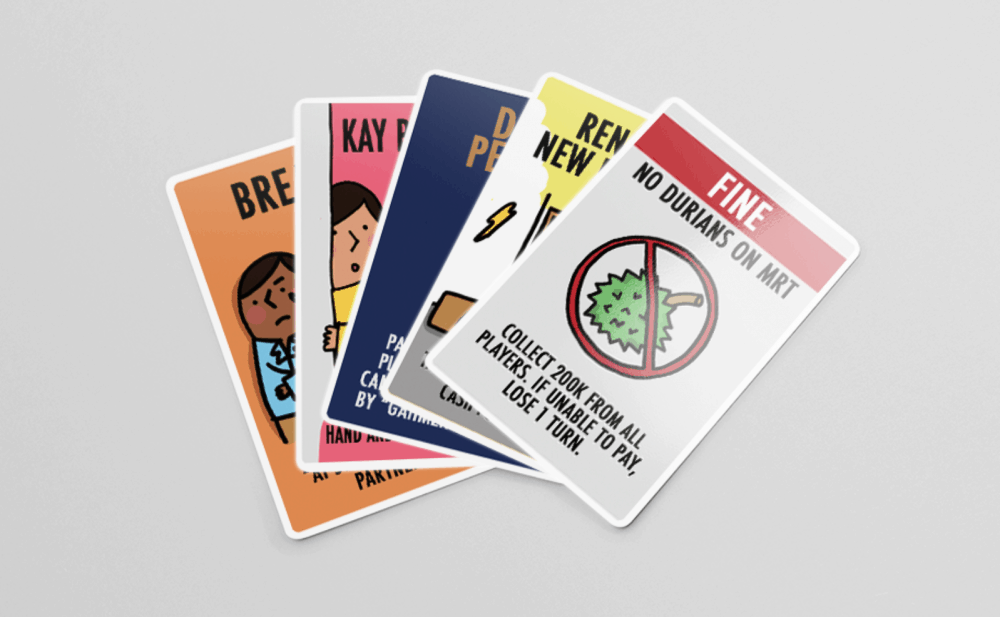 After starting in June last year, Theresa managed to complete her project in approximately a year, although there was “a lot of procrastination and self-doubt in between”.

Given that she had little illustration background, she spent most of the time learning to illustrate and draw the cards by hand. Production was another time-consuming aspect as well – a large part of her time was spent speaking to manufacturers that she could trust.

Inspiration for these cards, however, was not an issue – being born and raised in Singapore, the Singaporean reference on these cards came almost naturally to her. 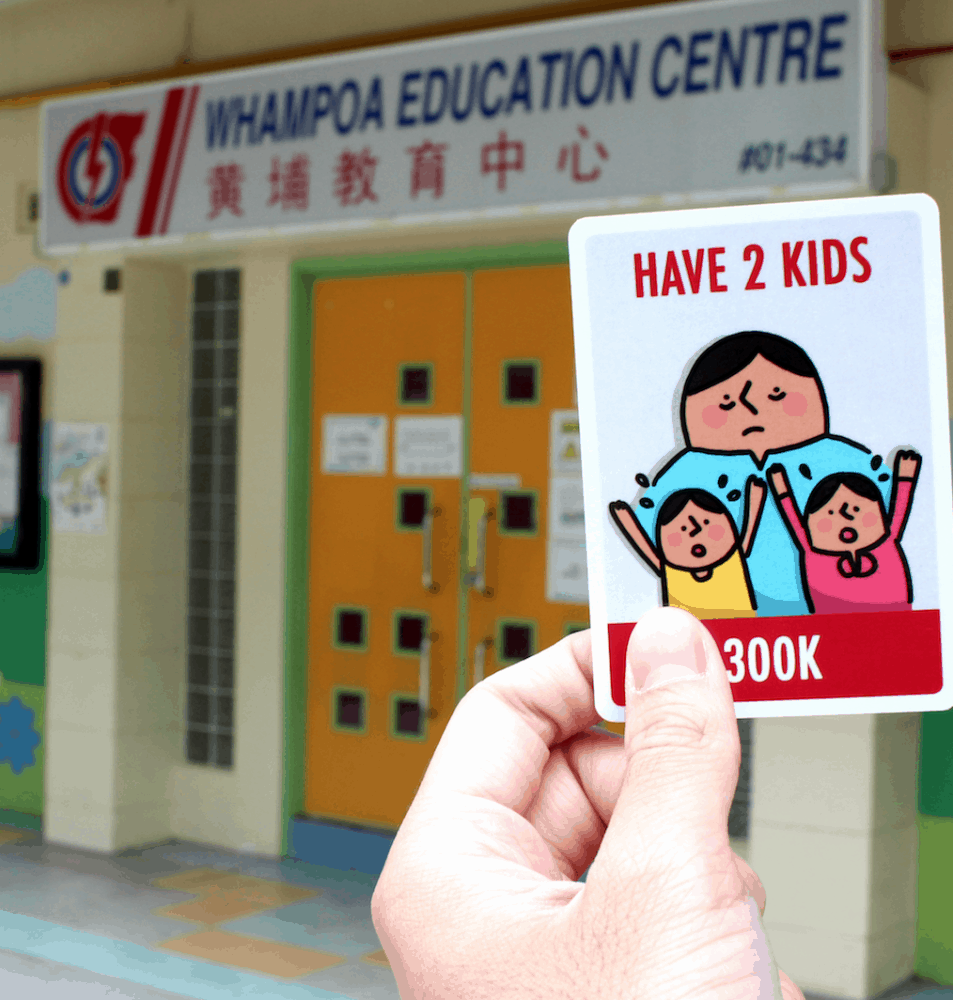 “Many of these cards draw references from local contexts, and I believe Singaporeans will be able to get the satirical nature of the cards!”

Through this game, Theresa hopes that the players will have hours of fun and laughter. After all, she designed it with a light-hearted and simple game in mind, to bond Singaporeans and even foreigners over hilarious uniquely Singaporean events like “Ponding at Orchard Road” or getting a “Selfie with PM Lee”.

Beyond being just a game, she hopes this will encourage Singaporeans to think about what truly defines their own dreams and aspirations apart from the “material” and standard milestones such as “buying a car”.

As with all creators, Theresa says that it’s hard to pick a favourite when I ask her for one. I understand where she’s coming from – they’re all conceptualized and illustrated by her.

“But if I had to choose, they would be “Gahmen Say Cannot”, “Ponding at Orchard Road” and “Selfie with PM Lee”. These are references and experiences that I believe Singaporeans will immediately identify with as they are uniquely Singaporean.” As smooth sailing as it may see, Theresa’s journey was far from a bed of roses. She says that the toughest part was mostly facing multiple roadblocks from areas that she had little to no expertise in.

“One example would be the illustration and designing of all the cards. I had to learn everything from scratch on the Internet (thank god for YouTube) and spent a large part of my time drawing and redrawing these cards until I was satisfied with them.” 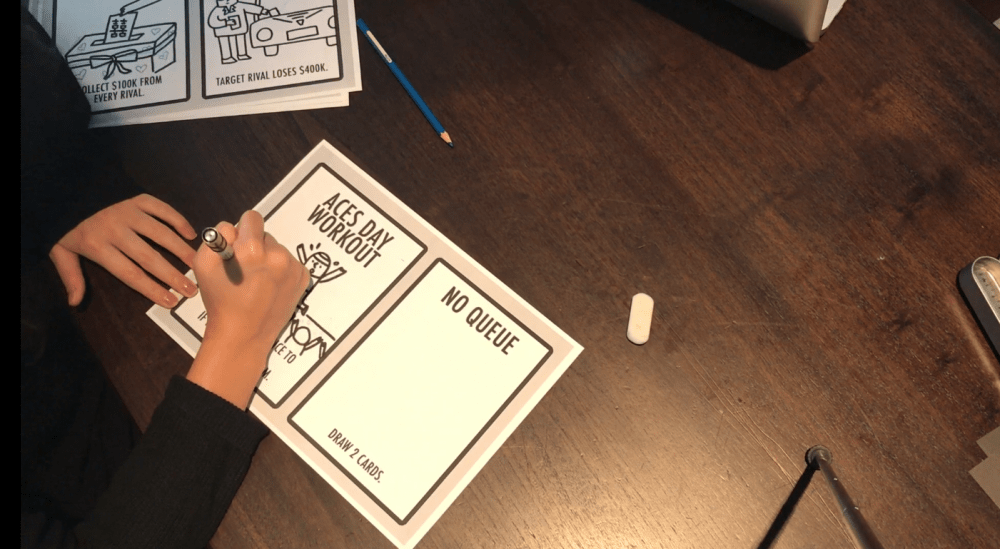 Even so, this process has provided for many valuable lessons.

“The one thing I learnt from this is to first acknowledge what you know and don’t know; two: being open to learning (asking questions from the experts, searching the Internet) and lastly; to keep pushing through and not giving up when it seems too overwhelming!”

She shares that the most fun – yet nerve-wrecking – part about this project is seeing other people, especially strangers, interact and experience the game for the first time.

Theresa admits that it could go either way – they could love it or hate it, which acts as a good indicator of how the market will take her product. 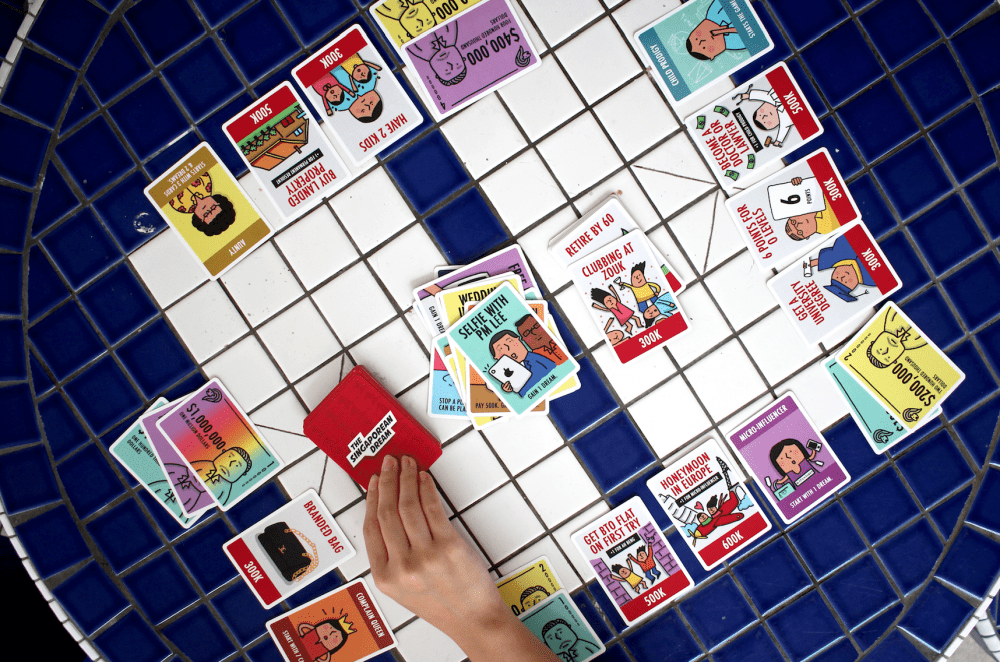 “Thankfully, the comments and feedback I’ve received are mostly positive and constructive so it’s been very encouraging!”

To Theresa, however, the best part about this journey is also looking back and seeing how far she has come.

“Looking back at my very first prototype of the card game and the final product today, it’s been such a long journey of constant testing, improving and reiterating. It’s been such an amazing and fruitful journey, and I’ve learnt so much along the way.”

While Theresa doesn’t have any concrete plans for the future yet, she is looking to have expansion packs and spin-offs of this game for other countries.

“The entire process has taught me so much and there is still so much I have to learn about game design so I definitely won’t stop here.”

To get yourself a set of The Singaporean Dream, click here.