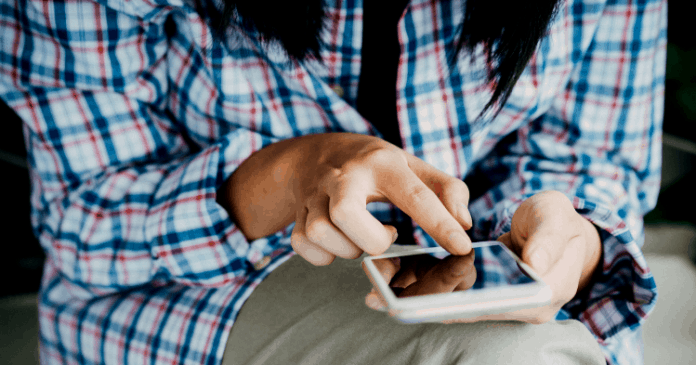 My mother would scold me if she found out what I was up to. I took a deep breath and hit the send button on Facebook Messenger.

In a shipyard somewhere in Tuas, his phone buzzed, signalling a notification. 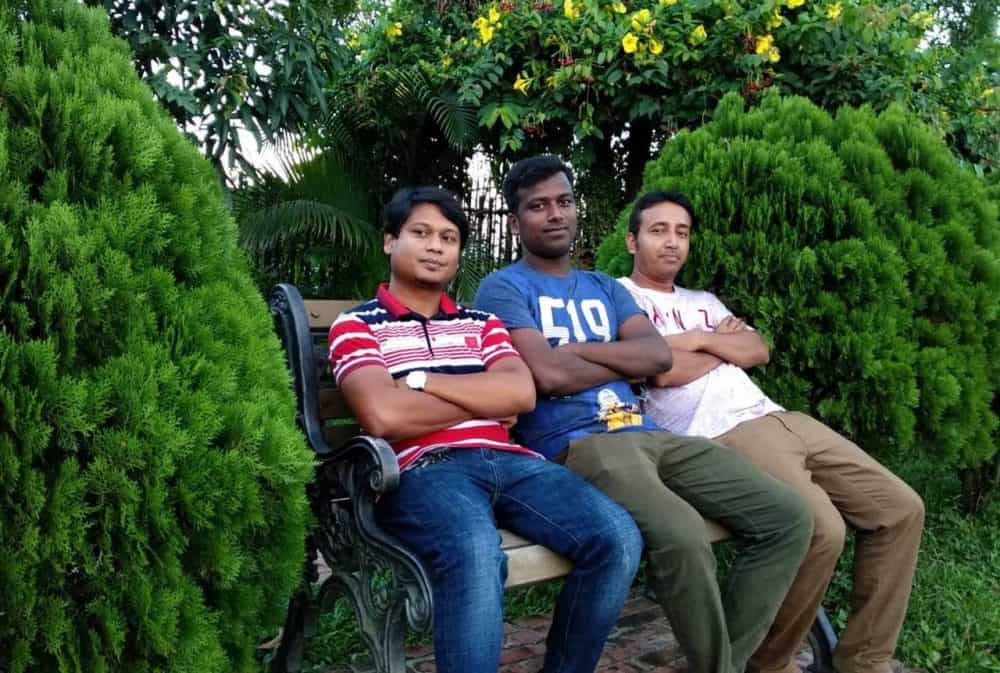 I first heard of Omar’s story through a storytelling initiative in Singapore. In this migrant worker edition, a group of 8 told their stories in front of a live audience.

If you asked me now about the contents of Omar’s speech that day, I honestly cannot recall.

What I do remember was his English embedded in his thick accent (he had learnt English specially for this recital). I could pick out vivid imagery, repetitions and a sort of poetic structure to his recital I hadn’t expected, and I was both impressed and amazed.

Growing up, I never had a helper in my family or immediate social and family circle, and so call me ignorant and apathetic – I never really considered the circumstances and sacrifices of foreign workers.

I had subconsciously denied the existence of any other part of them – their families back home, their dreams, aspirations or even the fact that some of them were better speakers and writers in their own language than I am.

What a humbling and eye-opening experience it was. I felt inclined to reach out to them to find out how we can help create a more inclusive and welcoming environment.

Omar responded almost immediately to my text. It was a pleasant surprise to learn that he was more than willing to meet up to share more about his life.

That weekend, my friends and I headed over with packets of Biryani for him to share with his co-workers, to the staff canteen at Tuas, where he welcomed us during his one-hour lunch break. This was what we learnt: 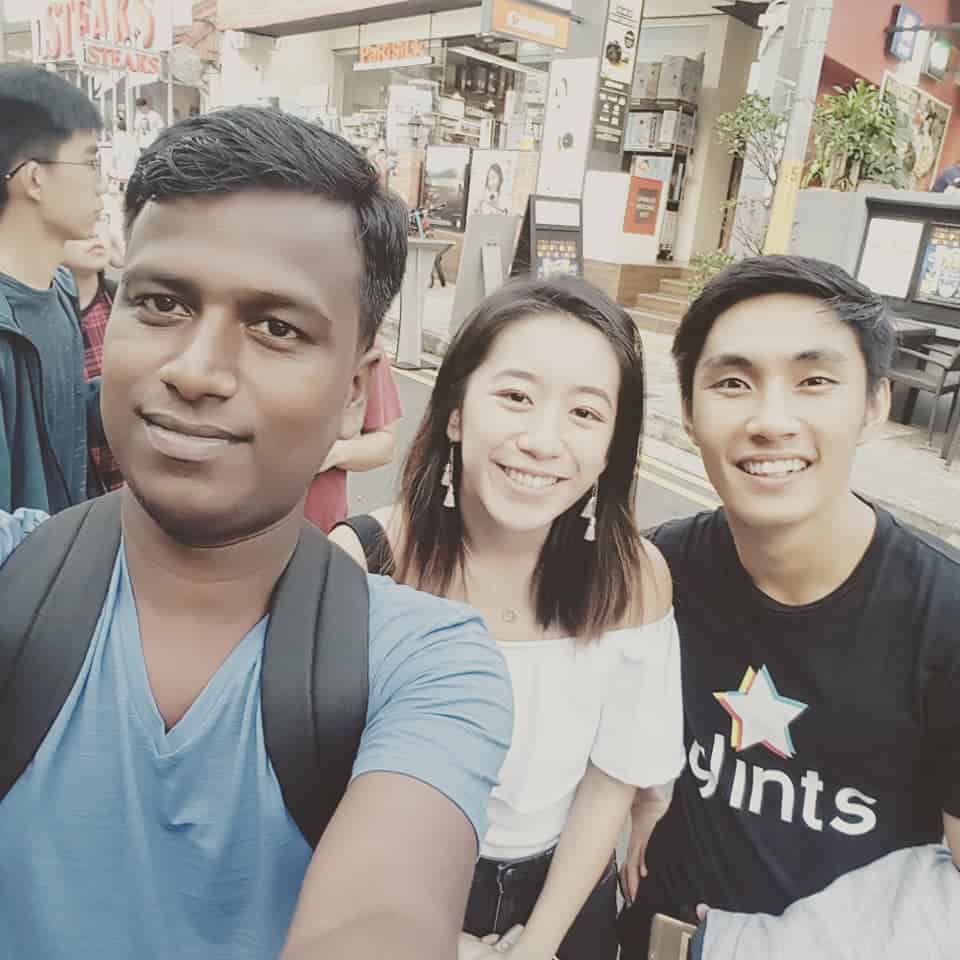 We brought him to our favourite Nakhon Kitchen (he has never had Thai cuisine before) for a hearty dinner he very much enjoyed.

We took a short stroll after, and he was in awe by the nightlife and buzz Holland V had to offer, snapping many photos to commemorate the night. 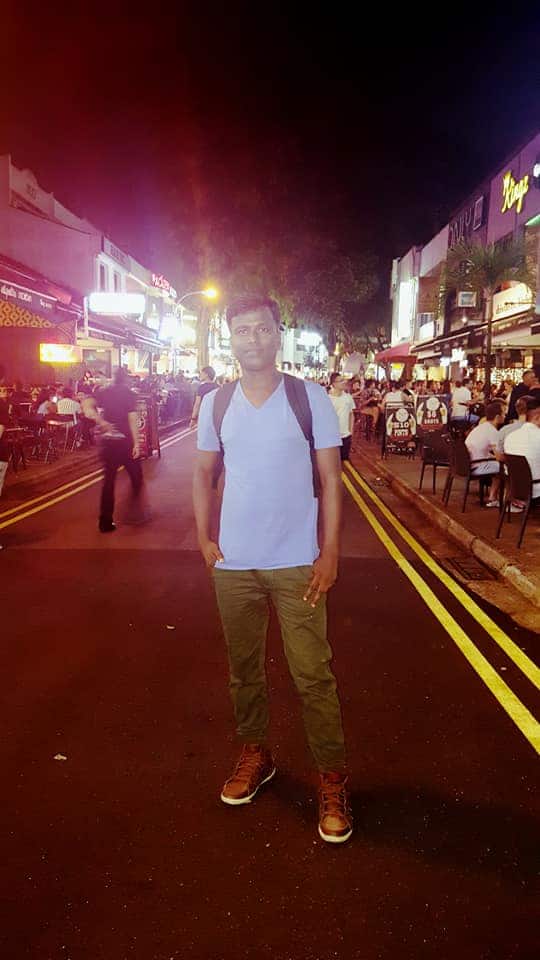 Omar has returned from Singapore since, and has reached out to me for my thoughts on a short story he has written.

He also requests for it to be published, if possible.

I am excited to arrange a meet up with him to catch up and also to hear more about his trip home.

This is turning out to be a very special friendship I hadn’t expected, but feel nothing but excited to maintain.

Here is his latest piece:

The Memory Lane of An Expatriate

Today is Raj’s first wedding anniversary. Being an expatriate in Singapore, Raj had returned to his hometown Bangladesh for a visit. This time, he decided to settle down. As marriage is arranged, it usually takes some time for the groom to find a suitable bride. In Raj’s case, it took over a month.

Raj was happy in marriage and realised that the company of his wife made his life complete. Without her, life would be akin to a dish without flavour. As a result, Raj decided that he will never work abroad again.

The news of Raj’s decision spread like wildfire and eventually reached his family. They said that the new bride must have cast an evil spell on him. Raj was devastated- he had given his entire earnings from working abroad to his family but nobody seemed to be appreciative of him, but instead, hurled harsh words at him. Nobody seemed to understand or empathise the hardships faced by an expatriate.

Tomorrow, Raj will leave for aboard. He will leave where he calls home. Raj is unable to sleep. His heart is pounding so badly and he feels as if it will tear into pieces any time. His mind calls out only one name. It is Ria.

In the wee hours of the morning, Raj was awakened by his father. The car taking him to the airport has arrived. Raj has to get ready to leave now. He embraces Ria, with tears streaming down both their faces.

Raj leaves home with beautiful memories. He doesn’t know when he will be able to return to Ria.

This is the life of every expatriate coming to work. They work, eat and sleep with these beautiful memories in their hearts every single day. And this is how they will continue to live their lives until the day they return home and be reunited with their loved ones once more.

Translated and edited by : Jubayer Ahmed and Tiffany Lim

Most of Omar’s works have been published in the local Bangladesh newspaper back home, but you can read another of his article here.

Big Local Players Like DBS Used Data Analytics To Save Up To 80% In Costs. Here’s How They Did It.