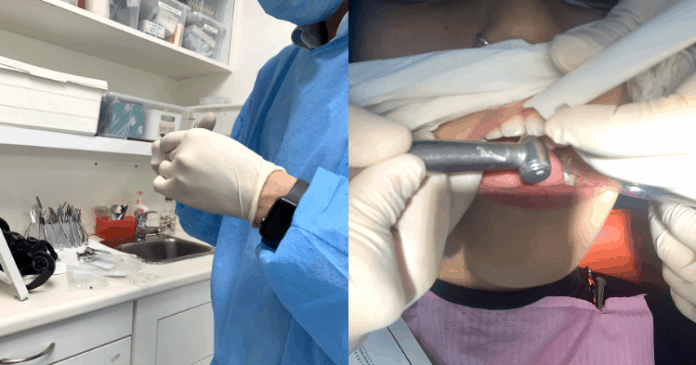 It has been a few weeks since I’ve received my aligners and all has been good.

I encountered some problems along the way and had to go in for a fitting twice instead of once, but since then, everything has been pretty smooth sailing.

What had happened was that I was supposed to go in for my fitting with the sole purpose of seeing if my aligners fit and how to subsequently take care of them, as well as to get the little gaps filed between my teeth so that there would be space for my teeth to move in.

I had gone into the practice, and as usual, sat down and waited for my turn. 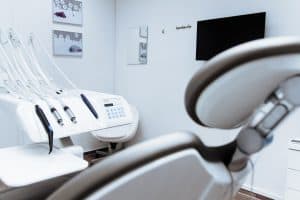 Eventually, my name was called and I entered the doctor’s office and sat in the chair, patiently waiting to try the aligners on for the first time. This anticipation quickly fell short when my doctor discovered that the aligners could not fit despite his efforts.

My doctor explained that he suspects that I have either received the wrong aligners or that they were put in the wrong order altogether. So he took a fresh new set of scans and told me he’d check with Zenyum and have them call me at a later time as he didn’t want to waste either of our time. It was the best option.

At this point, I was experiencing all sorts of emotions. I was worried about the possibility of a change in my current condition, I was also frustrated with the whole situation but I knew that the best option was to heed my doctor’s advice and to wait for Zenyum’s phone call.

Making Up For The Mix Up

I got the call the very next day. They explained that there was a mix up in the order of the aligners, and this meant that they would have to print a whole new set for me. Despite this unfortunate incident, Zenyum was incredibly kind about the entire process, and the person assigned to my case was extremely apologetic, explaining how this never happens and that I was the first person this has happened to.

Everything was handled very well despite the mix-up, they were incredibly prompt and professional. I even got a personal text from the CEO himself, apologising for the time that it would take to print a brand new set of aligners. He even offered to take some of the price off my final bill. 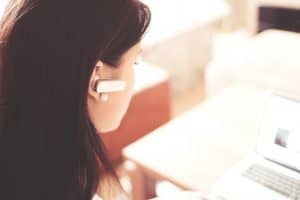 As much as I didn’t like having to wait around for another couple of weeks for my aligners and having to go in yet again for another fitting, how the situation was handled had made me less unhappy about the entire thing. I was constantly being updated on the progress of the aligners and at what point I could expect to receive them.

Going In For My Final Fitting

It wasn’t until two weeks later that I finally got a text from Zenyum informing me to come in for the fitting.

In contrast to my first fitting, I felt ecstatic rather than nervous. Perhaps it was all that time spent waiting, but I was finally ready. I went to the practice, sat in the chair, and tried on the aligners once again.

To no surprise, the aligners were a perfect fit.

Although there was a persistent sensation of my teeth being constrained, it wasn’t painful at all.

Once we established that they fit, my doctor and his assistant gave me directions on how to remove, clean, and maintain them. Personally, removing them was the trickiest bit of all.

I think my doctor probably saw that too and suggested Zenyum send me a tool for removing aligners. The fit of the aligners was just right except for the back of my lower jaw, which was cutting into my gums.

My doctor informed me that he’d have to get them cut to be a better fit, so he cut some for me to get through the first couple weeks, and sent the rest back to Zenyum to be cut and later sent to me via mail. 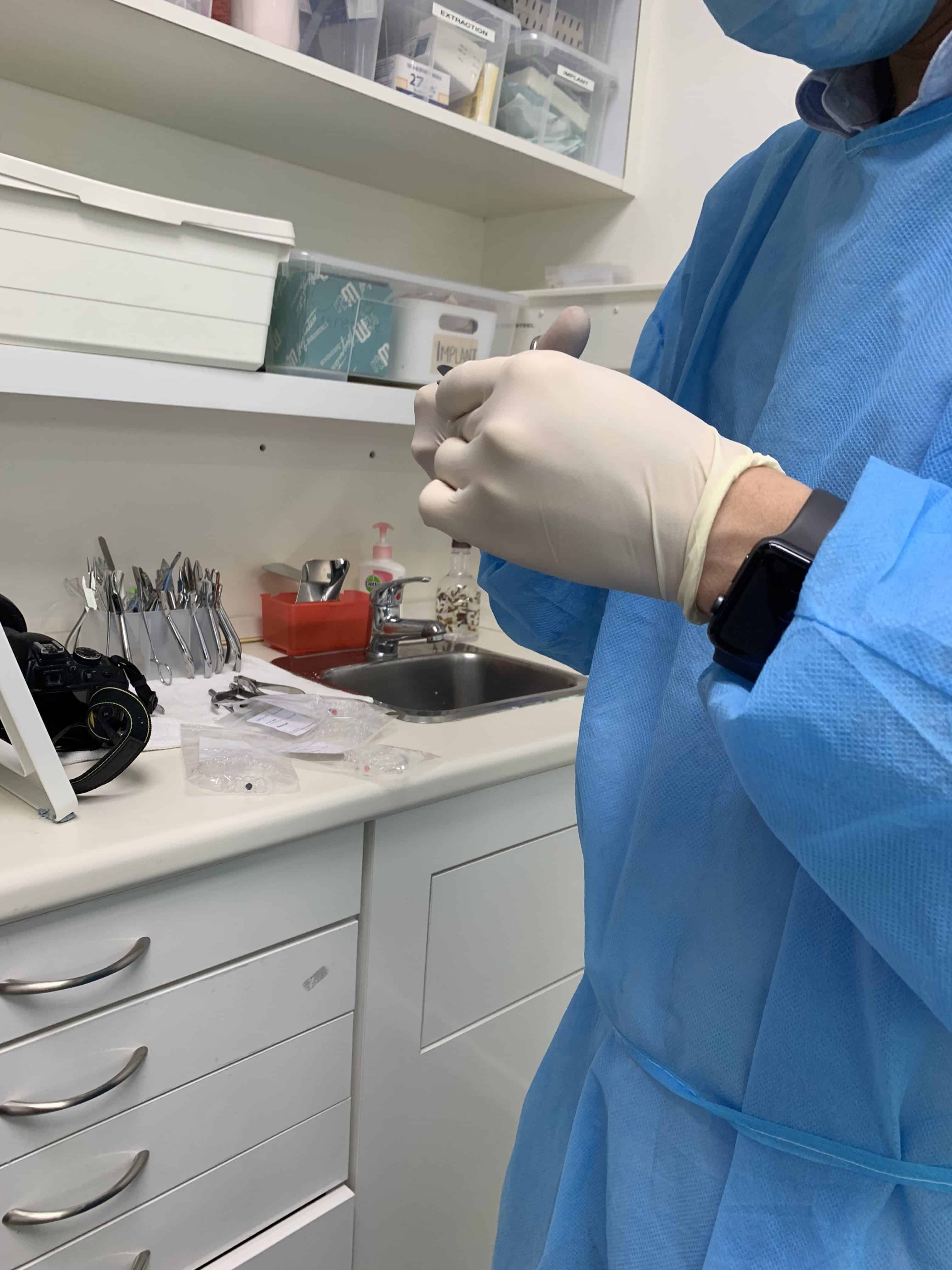 It was now time for the filing of my teeth. This is done to leave minute gaps between the teeth for them to move into. I was pretty nervous but my doctor assured that I wouldn’t hurt and it just sounds scary. Sure enough, when he started to file I felt no pain at all. Except for the sharp filing noise from the tools, it felt like a regular cleaning at the dentist. 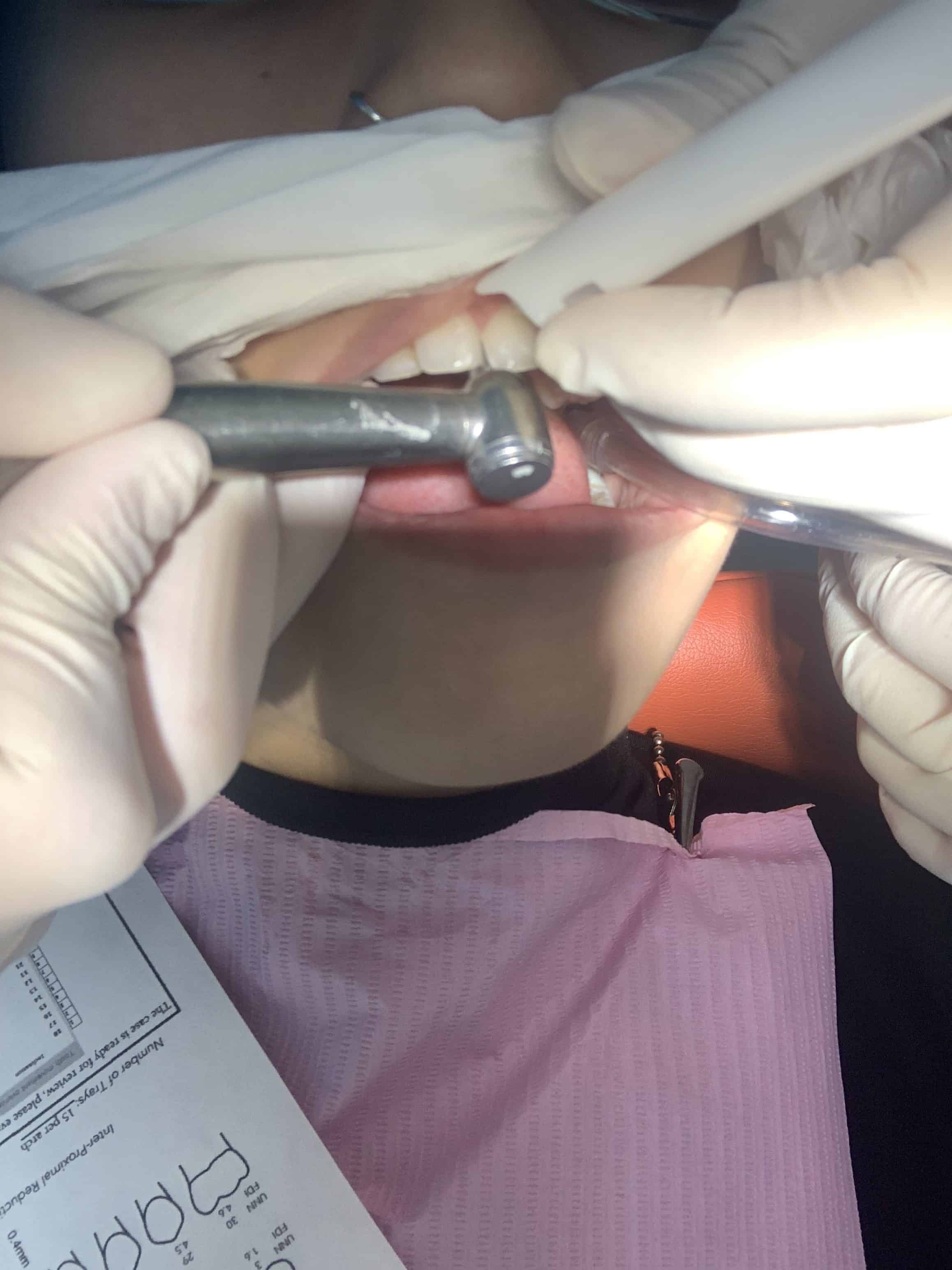 I am now home, typing this article on my laptop with my Zenyum aligners on. I am expecting to receive the rest of my aligners, along with the aligner removing tool in the next 2 weeks.

While I can’t say aesthetically how they are turning out at this point, the feeling of discomfort is there but it’s hardly noticeable after a while. It takes a bit of routine to get used to living with them, especially during meals. It is too soon to tell much at this point, but I will definitely do an update later on down the road on how my teeth are starting to look.

To find out more about the beginning of her Zenyum journey, you can read more here and here.