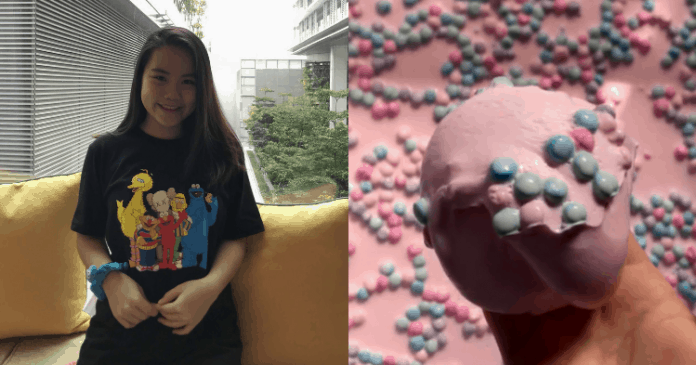 Trends are fleeting – their sudden popularity fades just in time for the next one to pop-up. From trendy games such as Flappy Bird to slightly unorthodox ones such as fidget spinners, we see many go by every day.

However, there are some that stay with people no matter what – perhaps because of their genuine love for it.

The slime trend began a little over a year ago. I remember being one of the first to find out about it thanks to my younger siblings showing me videos on Instagram of hands poking and stretching what they called “slime”.

I admit that I was very dismissive of it at first – to me, it was nothing but a weird trend amongst the younger generation that would vanish soon. Little did I know that the slime community could, and would, flourish. 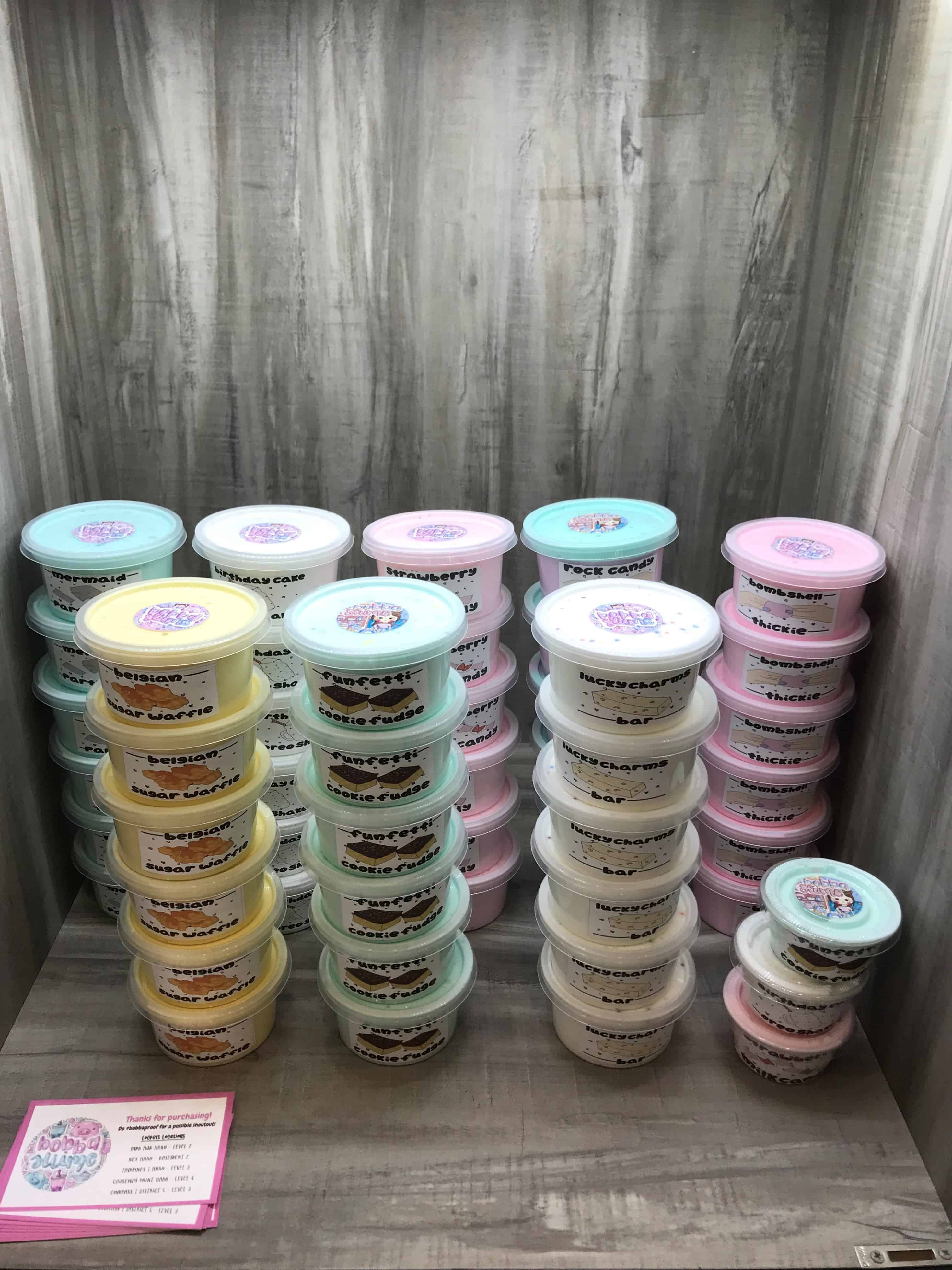 Fast forward to a few months ago when I became irredeemably obsessed with slimes – cloud slimes, snow fizz, buttercream; I needed all of it.

Fuelled by my love of overseas slime creators such as @audeezslimes and @slimeobsidian, I started searching for a local slime creator (or slimer, as they are known in the community) whose slimes I would fall in love with.

Enter @bobbasliime, a sixteen-year-old slimer with 34k followers on Instagram.

The Start Of Her Slime Journey 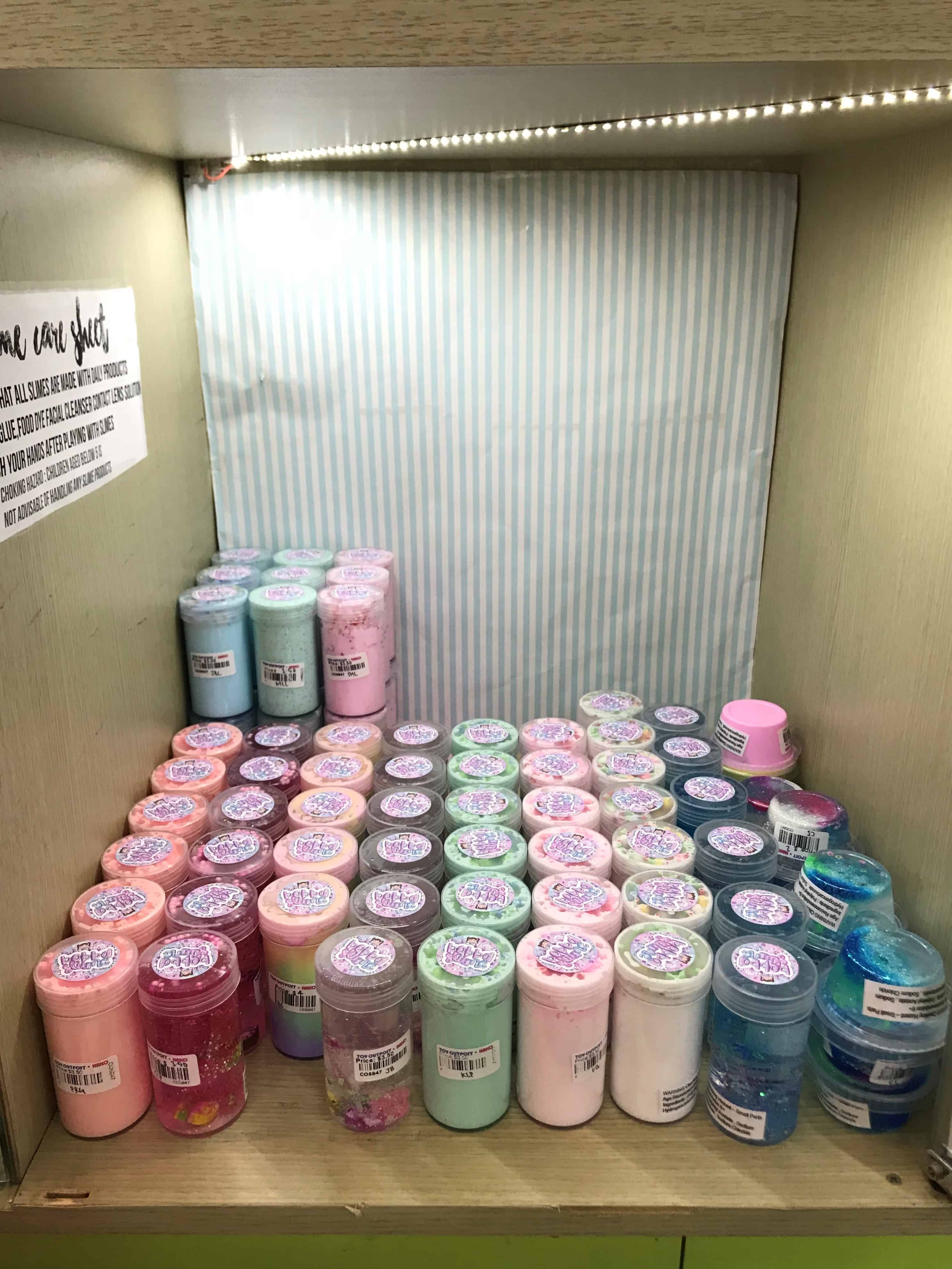 Before long, she started seeing other slime videos on her Instagram’s explore page and found it interesting.

“It was so satisfying and relaxing to watch people dip their fingers into slimes and create popping and squishing noises,” she shared. 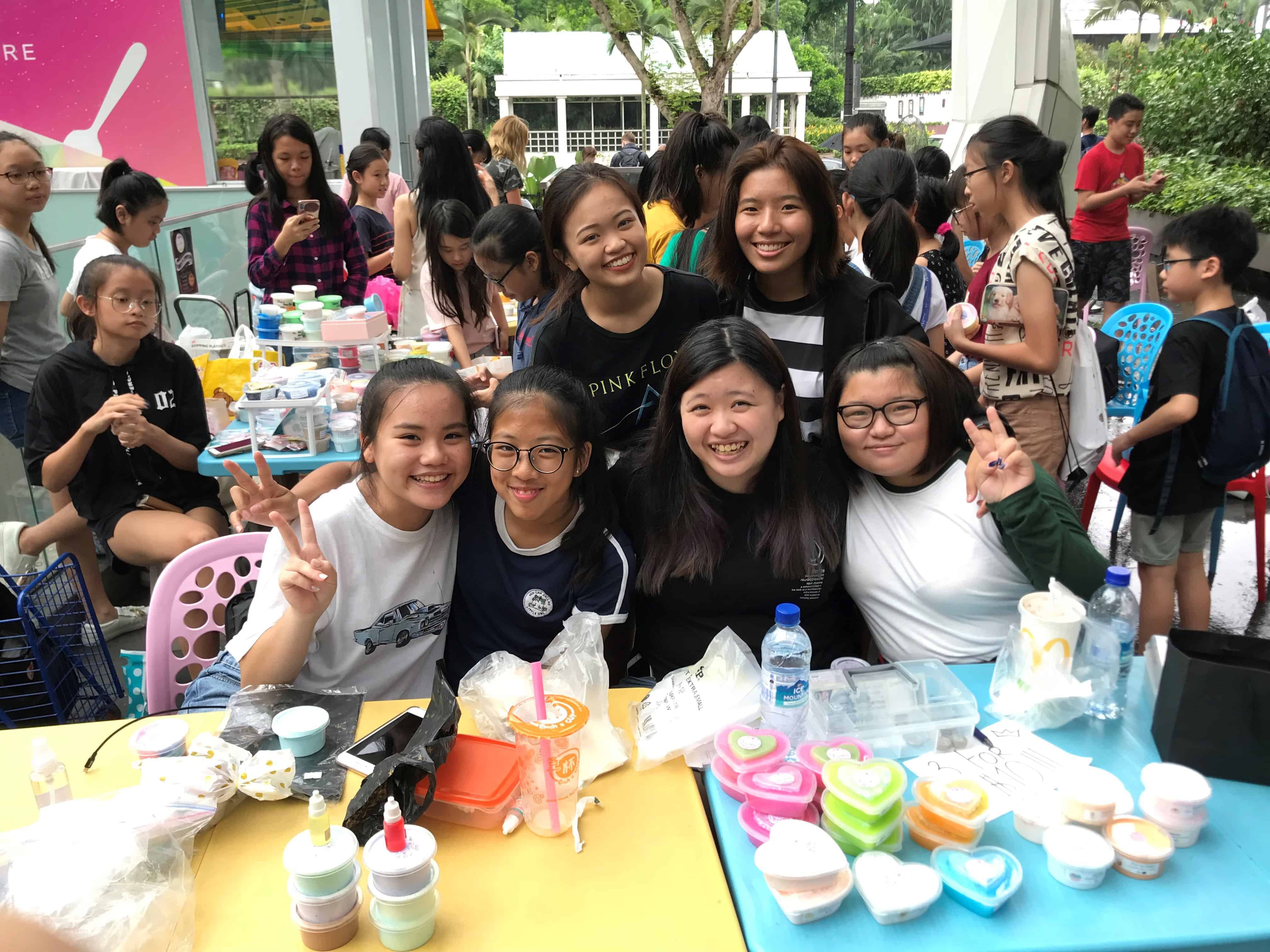 “At that point, I knew I had to give slime a try. When I first started, I knew nothing, but with some research and tutorials on the internet, I made my first ever slime with basic ingredients such as PVA glue and laundry detergent.”

“My slime was unscented and had a very basic look but I was so proud and happy with my slime. Very quickly, an interest became a hobby and I started hunting for more slime supplies at local art stores such as Popular and Art Friend.”

Four years later and she had built up a business, selling slimes mainly in consignment shops such as HAKO/Toy Outpost and at bazaars such as SCAPE during the holidays. Jia Xin’s slimes are mostly food inspired – coming from someone who has bought from her many times. From Oreos, birthday cakes, and even Shibuya toast, she takes inspiration from food in order to create the slimes that her buyers (including myself) love so much.

“My slimes are mainly inspired by food and desserts because I have a sweet tooth!” she admitted.

She often refers to the internet for trending, appealing and tasty looking desserts and would try to create slimes inspired by them. She also experiments with textures; textures such as thick and glossy, buttercream, cloud, and floam are popular among many slimers.

“Desserts such as ice cream and cakes would usually be made in buttercream form because of how soft, creamy and inflating the texture is.”

The wonderful thing about her slimes is that they are also incredibly scented, mostly to mimic the food or dessert that they were made in homage to. 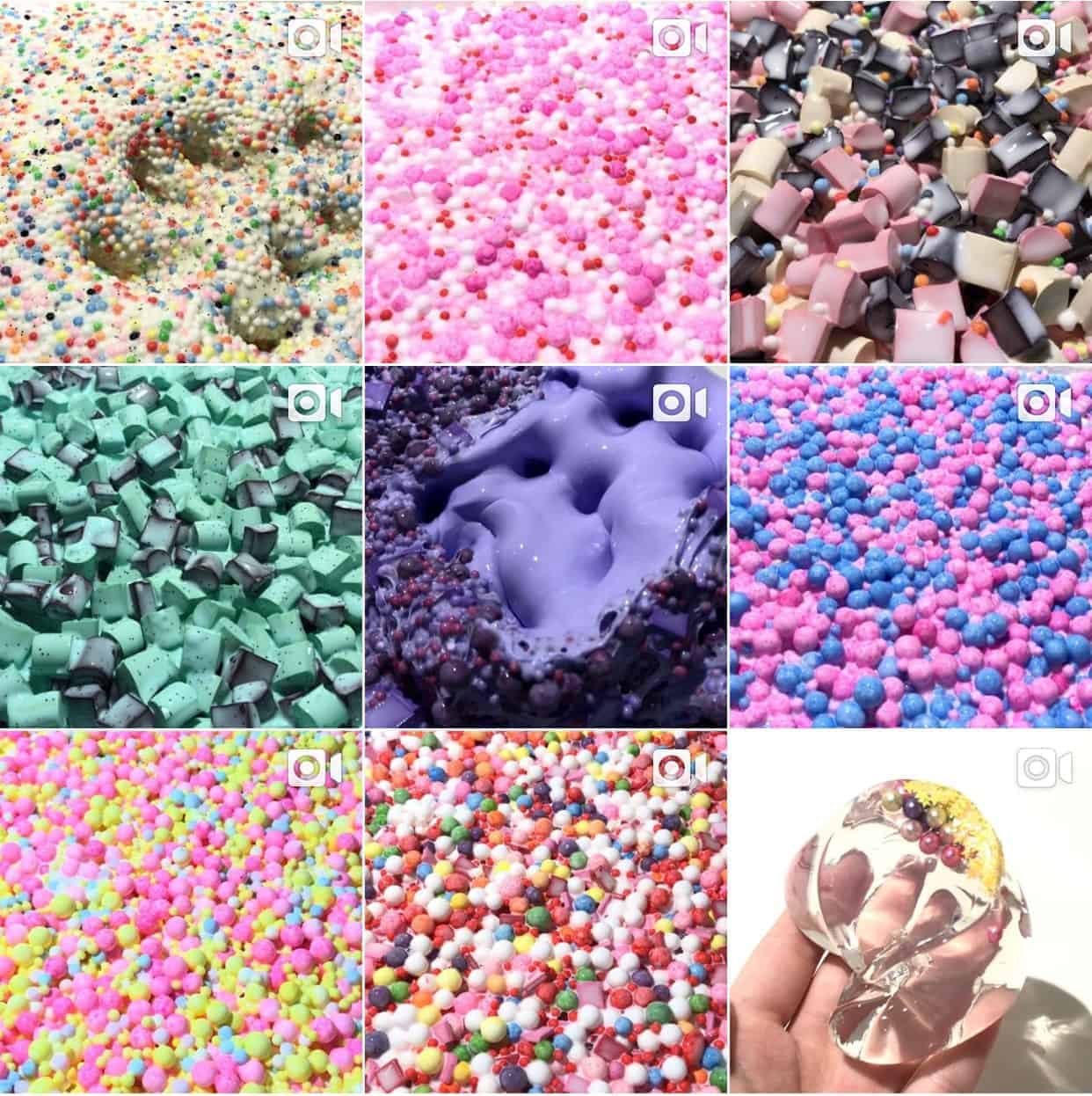 Jia Xin reveals that out of all the slimes she’s made so far, Cucumber Melon Thickie is her favourite.

“I decided to create this slime to sell because I hope that this slime would help relieve some stress of others from school and work.

“Cucumber Melon Thickie is a light green slime scented like cucumber and melon. I’ve read online that green symbolises nature and is a very comforting colour which attracts harmonious feelings – diffusing anxiety, and helping people to stay calm and refreshed.”

The Appeal Of Slime 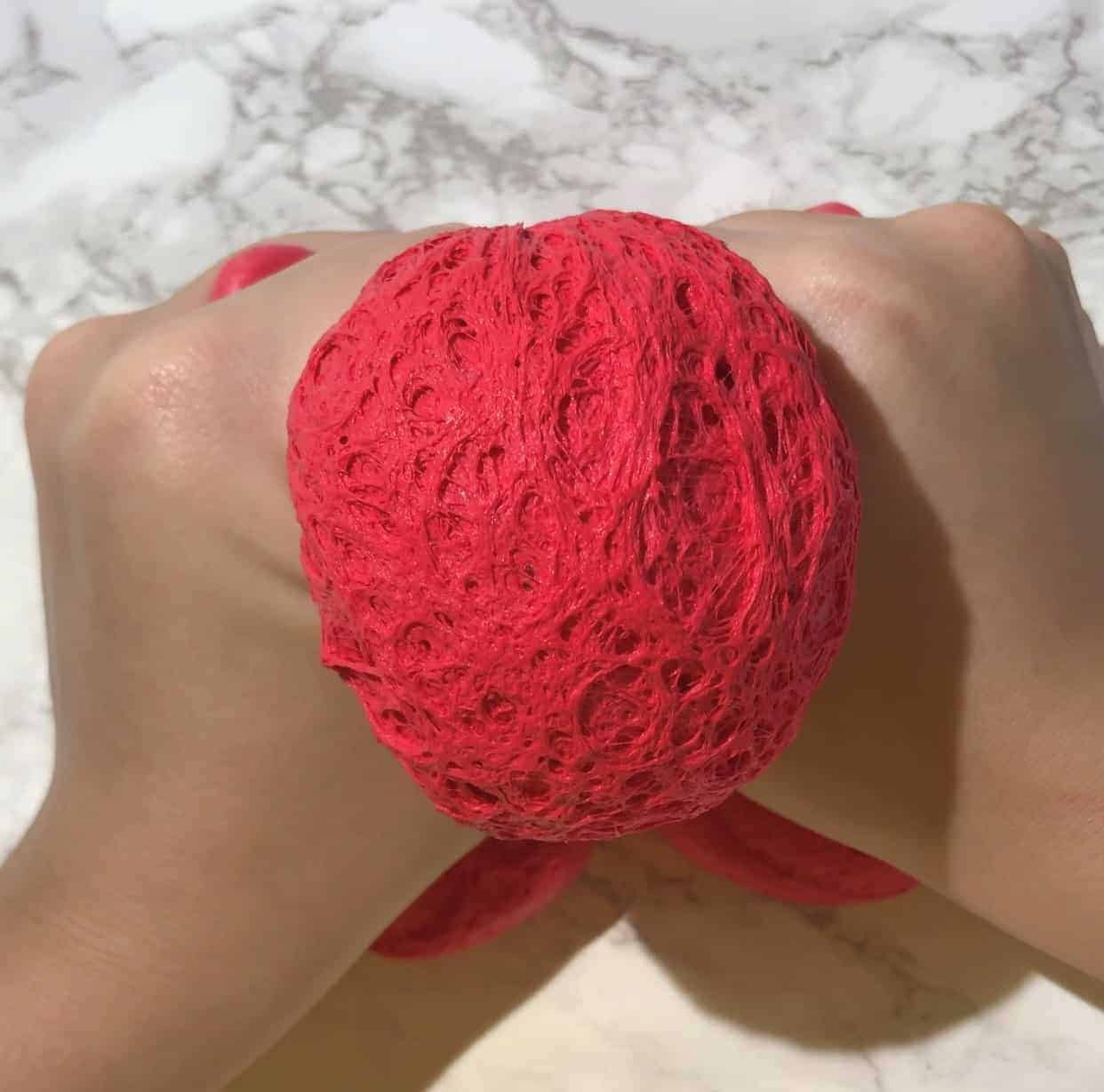 Slime is something that people can easily judge or dismiss as another fad, but it shouldn’t be the case. There’s more to slime that just it being a “toy” – in fact, according to Dr. Tracy Asamoah, slime can very much relieve stress and anxiety.

As someone with a lot of both, I can confirm that slime has helped me relax after a long day at work and has helped me deal with my anxiety.

You may be thinking, “but aren’t you an adult, and isn’t slime nothing but a kid’s thing?”

Many successful slimers out there are eighteen and above, and some adults have even made slime-making their business. It’s wonderful to see all the amazing creations that not only pre-teens and teenagers create, but many people from across the age spectrum.

I asked Jia Xin what she thinks is the appeal of slime, to which she responds that for her, it’s the creative aspect of it. 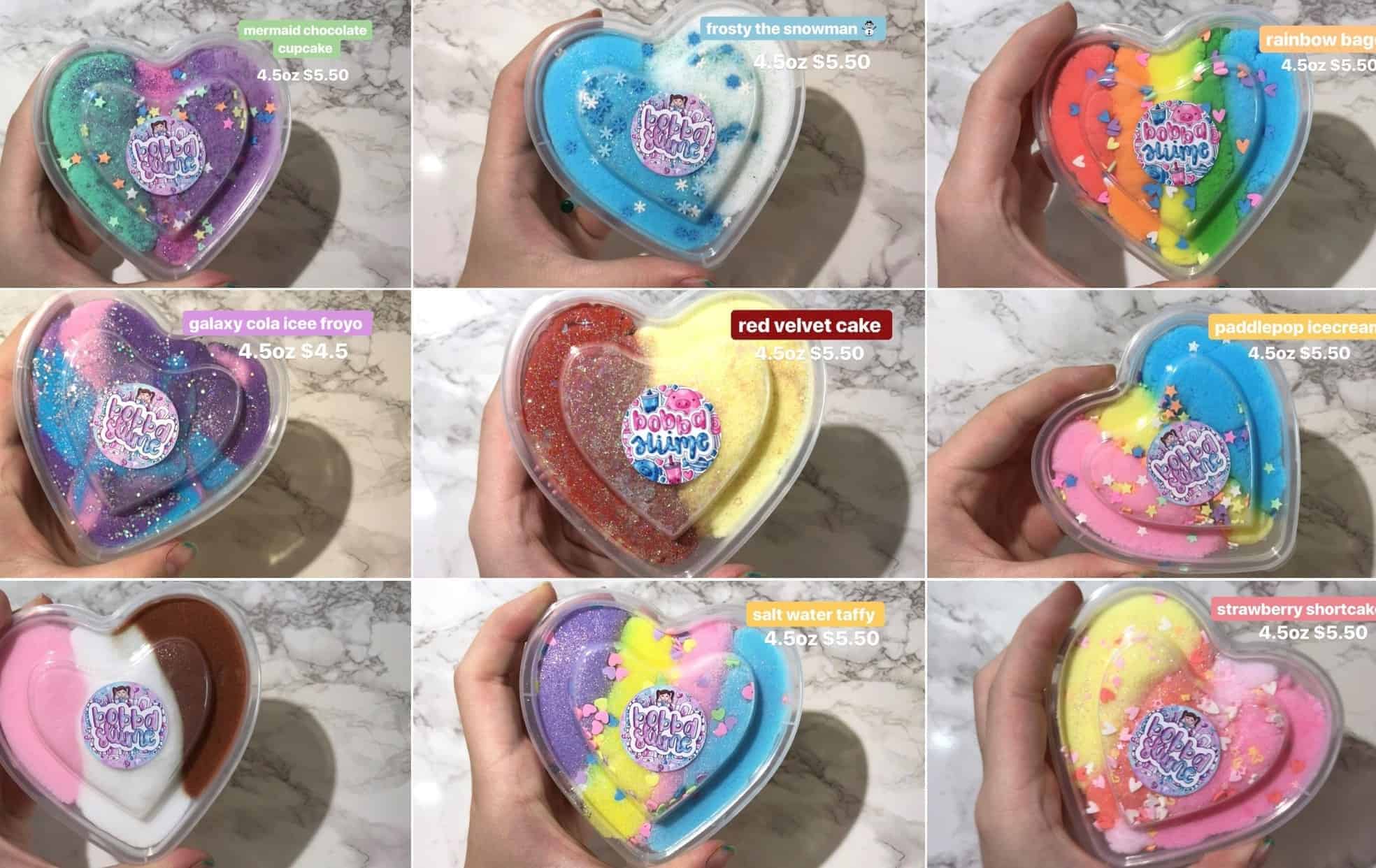 “I think that the reason behind how slimes can appeal to people across many different ages is because it’s a very creative hobby. Inspiration can be taken from almost anything. Slime has become very popular because it’s soothing, relaxing and fun to play with.”

“Furthermore, there are so many add-ins that can be mixed into slimes. More textures have been created and adding a different colour, pigment, beads, and scents can be done in a variety of ways.” 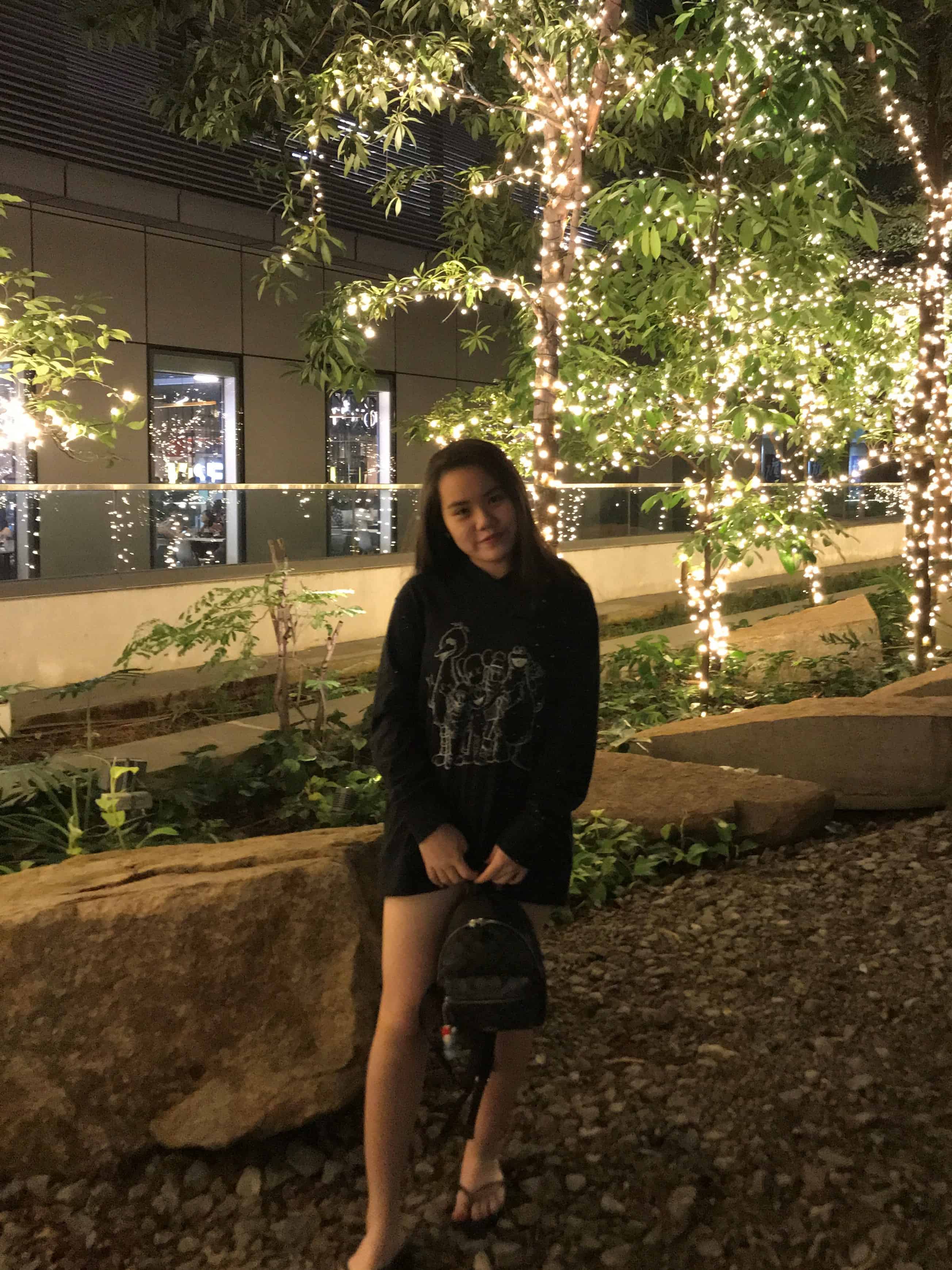 Though it wasn’t easy at the start – Jia Xin told me how she barely managed to sell any slime at the beginning of her business – she is now flourishing as one of the most popular Singaporean slimers.

As someone who religiously follows her creative process, seeing her Instagram stories filled with big containers of glue almost every day gave me an insight to how hard a slimer has to work to create what they loved.

As a farewell, I asked Jia Xin what advice she would give to someone who wanted to start their own business.

“Listen to what others have to say and take in people’s feedback. When others share with you their feedback, take that down and improve to be better!”

“Most importantly, you must have passion in the business you’re doing. Passion will consistently drive you to improve your process so that your business will grow. As your business starts, be confident about the direction you’re headed to and sustain the momentum you need to get there!”