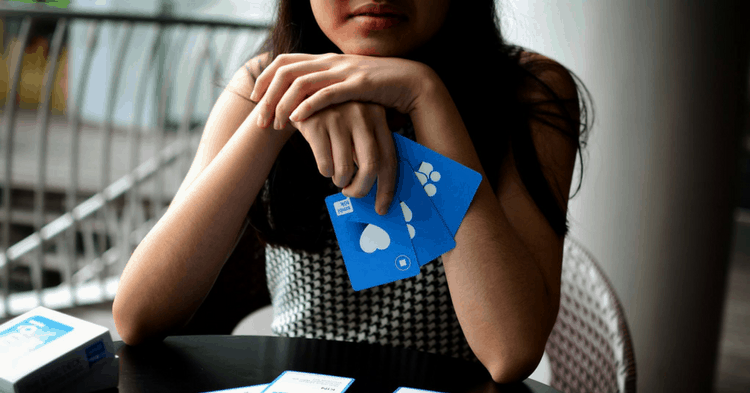 I first chanced upon this at a post-Christmas party last year – a colleague had shown us a picture of selected prompts from the breadcrumbs’ edition, as an attempt at planning meaningful ice-breaker activities. Subsequently at a social gathering during this year’s Chinese New Year season, I became acquainted with some cards from the local extension, dun tok cock.

After Nick agrees to the interview, he asks if I would want to meet to discuss this feature face to face – although he would also be able to reply via email – which admittedly takes me by surprise more than it should.

I should have seen this coming – after all, smôl tôk aims to help people build meaningful relationships through meaningful conversation.

The Search For Meaning

The origins of smôl tôk can be traced back to 2015, out of Nick’s love for Victor Frankl’s book, Man’s Search for Meaning – one which he re-reads yearly as a “good reality check”, and throughout our conversation, continually reiterates that “it’s a really good book!”

“I think that book led to a lot of questions – and the questions were for myself,” muses Nick.

In the course of having these questions, someone he knew made a suggestion that the questions were useful for life in general – and asked where they would be available from.

In reality, these questions were not available in the market then. This began Nick’s experiment to have the questions designed onto cards, for a limited circulation.

“It began, really, as an experiment. There was limited circulation and garnered interest in it, and so I just produced more of it. Things moved on from there – these happened in 2015.”

I then decide to ask Nick how smôl tôk is different from Cards Against Humanity, which is also played on the premise of asking and answering personal questions.

“I wanted to steer away from that and be affirming, where content that elicits answers are affirming and life-giving.”

It is with this in mind that all sets in the card game have an 18+ rating – this is not meant to be seen as a reflection of mature content, because the game doesn’t have any.

“I think being an older person with more life experience would give more depth and context to your answers – the questions will make more sense to people who have had certain life experiences. More often than not, these life experiences come with age. (The age limit) is meant as a suggested or recommended age,” Nick explains.

Hearing those words, I can’t help paralleling them with my experience of the game – it makes me realise that with the cards that I had chosen to answer, most of my answers had come from experiences in or shaped by young adulthood.

Musings Of A Question Collector

Nick shares that he “collect(s) questions, (in the same way) that people collect stamps,” which has resulted in the launch of various expansion packs, following the release of the original card set.

“After the basic deck, I looked at other areas. I’ve tons of questions actually, which are classified (into categories). I collect questions from books or from people and interactions,” he says.

When Nick started this endeavour a few years ago, he categorised the questions according to their logical conclusion: “I asked myself, ‘if I were to come up with smôl tôk, what would be the topics or areas I would want to go into?’

By then, he had already listed down a few areas that he was interested in.

“All the areas that we are rolling out now is playing out all those things that I’d already planned. There’s a whole list of stuff that I want to release over a five- to six- year period. We’re just going down the list.”

What Do You Fear?

When Nick shares that he has personally played through all his decks, I seize the opportunity to ask him for his favourite question – and the reasons behind it.

“At the start, my favourite question was ‘what would you do if you knew you could not fail?’ ”

He explains that this questions came at a time that was relevant to him – he was deciding whether to pursue smôl tôk full-time or not.

Rationalizing his choice, Nick explains that the question was meant to evoke the internal conversation within oneself and one’s fears – to balance between deciding whether the fear of failing was greater, or the fear of not having tried at all.

“You might have all these factors that might prevent you in the immediate future, but the bigger fear is –”

I instinctively interject him – “Not trying.”

“Yeah – if you don’t try, you would automatically fail,” he reasons. I can’t help letting on an awkward laugh – what if a person tries and fails.

Nick is unfazed, “then try again lor … try something else!”

Yet, Nick is also realistic about the practical limits of trying new things.

Using smôl tôk as an example, Nick explains that he has given himself a three-year horizon to engage in the development of smôl tôk as a full-time pursuit –

“It’s not an indefinite period of trying and trying – with no horizon in sight. (The point is) to try and (while at it) to ensure that there’s a growth process. (The pursuit) has to make sense, for me to continue doing this,” he explains.

At the close of our conversation, Nick offers the perspective that the pursuit of meaning is a meaningful one – it is worth taking.

“(This includes) meaning in relationships, meaning in the work you do – what contribution does that make (at various levels of society)? These can include people, family and individual lives, but also organizations, systems, and country.

At every one of these levels, it’s a good question to ask – is what you’re doing meaningful in contributing in those ways?”

For example, he also points out that it is important as a young person, that one might know what his or her values are – but “not in terms of character education.”

Referencing a question from an upcoming expansion pack that focuses on questions about death, he says, 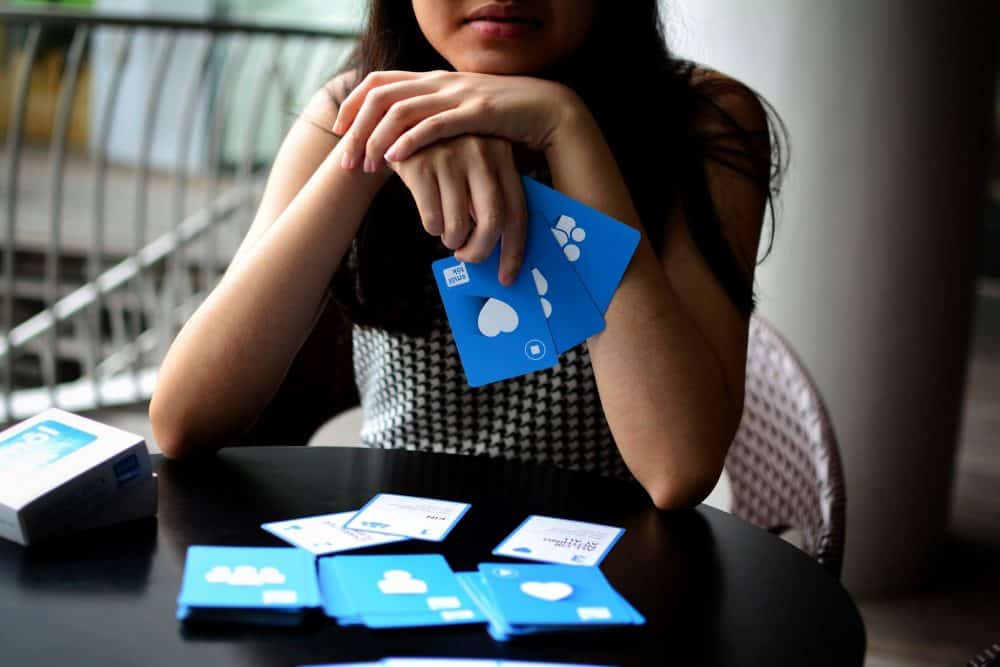 For Nick, the consideration of these values are important – and he reckons that they shape the choices that we are able to (intentionally) make.

In closing, he leaves me with these last words –

“My intention and hope is that after playing this game with people – friends, family, and colleagues – there will be deeper conversations with each other, deeper relationships, and ultimately deeper trust – all that is good and necessary for society and life.”