From a distance, Kuda Kepang seems only like a group of people riding horse sticks – you’ll probably assume that it’s performance art.

However, what lies beyond the surface is a compulsive (almost masochistic) world of trance, physical endurance and cultural dispute.

During a Kuda Kepang session, dancers go through a series of terrifying feats – chugging buckets of water, eating glass and getting whipped are just part of what happens.

Perhaps this is why the art has been in the hot seat often in Singapore, which resulted in it being banned within some estates.

In fact, the last documented sighting of a performance was in December last year.

Kuda Kepang has gone from being a defying spectacle of human capability, to being branded as a performance art – and now being a rarity altogether. 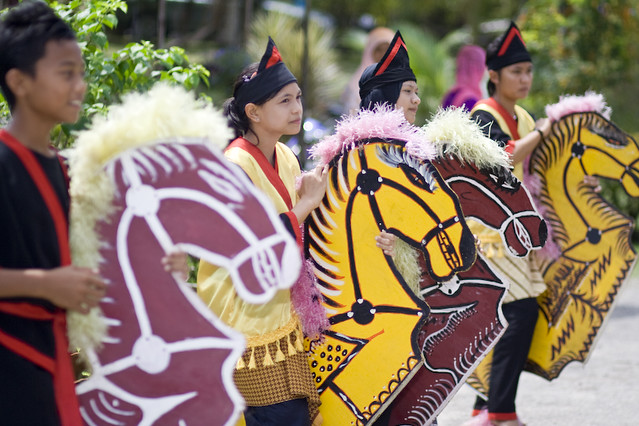 Kuda Kepang (meaning flat horse in Malay)doesn’t fall flat in the area of cultural significance. A solid decision on what Kuda Kepang replicates are perpetual points of contention.

Some say the ritual is meant to reenact the spoils of war against Dutch Colonial Forces by Diponegoro, or of Mataram troops battling the Dutch. Many others say it is a skit from the Hindu epic Ramayana. 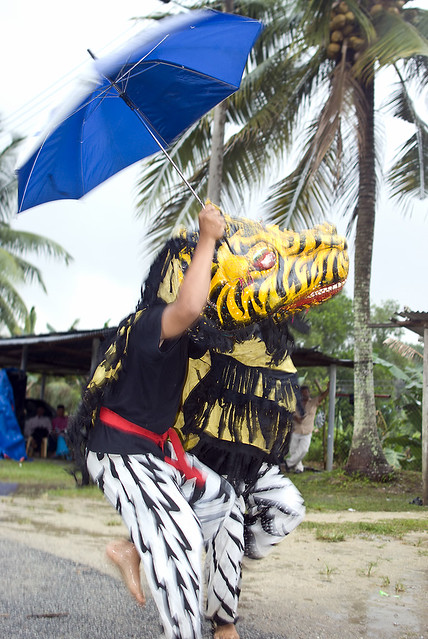 The art sees its beginnings in Java, Indonesia, so it’s practised globally within Javan communities that are predominantly saturated in Malaysia, Suriname, Indonesia and Singapore.

The dance is typically performed in rituals that have an element of passage to them, like male circumcision ceremonies, or weddings.

The flat horses rode into Singapore in 1948, led by Haji Dahlan and 5 other members, who collectively called themselves “Tedja Timur”.

More than half a century later, Tedja Timur now prides itself with a population of a whopping 1,400 members. Although seeing how Kuda Kepang has been forced to a hush, there’s no way to prove it is an active count.

Kuda Kepang performances are characterized by the sheer beauty of props, typically embellished with sequined cloth that add stunning dimension to what would otherwise just be rods that end in two dimensional, horses’ heads.

Beyond the sickly-sweet clouds of incense used at the beginning of performances to facilitate the dancers’ trances, you’ll notice an attempt to add an additional fourth dimension.

Dancers inhale smoke straight from the coal burners, to allow for what they believe is the opening of a spirit plane for possession – the start of a trance.

As they begin moving erratically, you’ll understand why they’re bent on audiences being separated from them. If you’re jinxed enough, you might end up getting rammed into by a “horse”.

Smoke swirls and dancers gather a frenzied pace whilst galloping to a riveting arrangement of angklungs, dog-dogs and gongs. This is usually to rile the “horses” up before they get fed grass, ash, hot embers, betel leaves and buckets of water.

In extreme situations, they eat and roll in glass, and get whipped. Performers have gone so far as to deliver a prophetic verse or two, claiming to have no such memory after.

However, there’s no singular way to perform Kuda Kepang and performances vary according to the individualistic beliefs of the performing group.

Perhaps it is attendees themselves feeling spell-bound that gives for the widespread belief of Kuda Kepang being a segue to the spirit dimension. 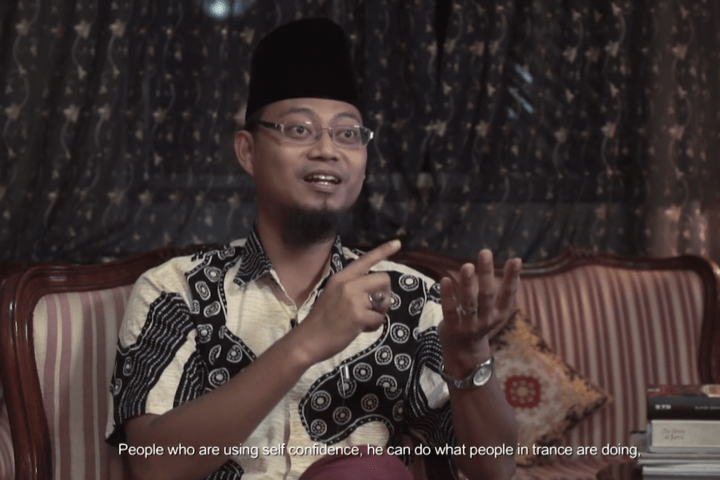 Scientifically speaking, a discordant arrangement of rhythm and music is sufficient to put the human mind in states of unconsciousness and primal fear. According to Abdul Malik, head of Tedja Timur, self-confidence and trances are the same.

He believes it is the power of confidence – not just prayers – that keep performers from burning their tongues and hot embers. In an interview in 2015, he spoke about how he teaches self-confidence because of how highly protested the topic of trance is.

Abdul Malik hummed a different tune back in 2010, saying it took him approximately 6 months to train his students to go into trances. Whether it’s still a practice now is likely too risky to reveal, and undisclosed for time to come.

Public Kuda Kepang performances in Singapore now get disbanded by the police mid-way, a plummet from when they used to be performed weekly at the Malay Heritage Centre (Istana Kampong Glam), up till 2014.

With no actual jurisdiction on what Kuda Kepang involves, questions are often raised and misunderstandings amongst communities are aplomb. Abdul Malik says it is this “lack of discipline” that has led to the art diminishing in Singapore.

To make matters worse, a lack of belonging to the Malay or Islamic culture has led to the art having no actual support avenues.

MUIS has even issued an advisory on how the art is “objectionable in Islam,” prompting the police to reject license requests for performances. In places like Sembawang Town Council, there are blanket bans on Kuda Kepang.

The discomfort associated with Kuda Kepang performances is not likely to dissipate soon, so consider yourself lucky if you manage to catch one. When made public they are branded as an activity that‘s merely for entertainment.

Whether truly supernatural or just feats of the mind, the intensity and vigour displayed in traditional performances are extraordinary.

Perhaps our cosy society will never quite warm up to the unconventional elements associated to Kuda Kepang.