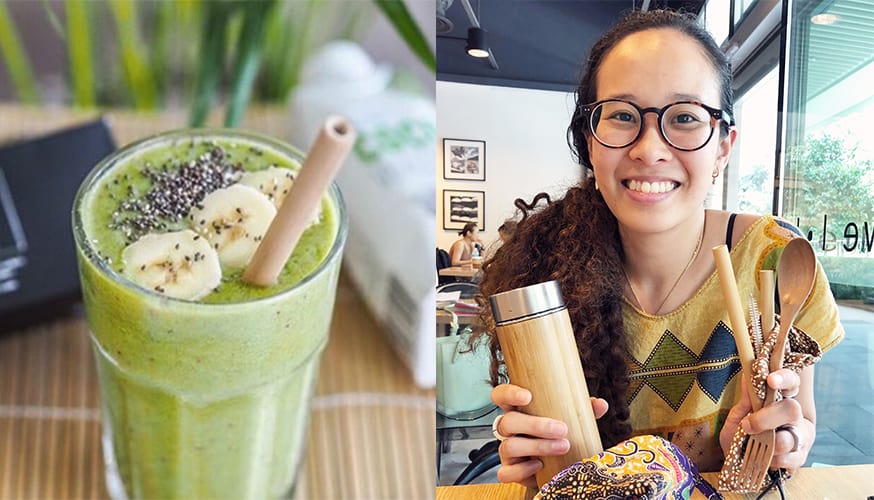 As urban city dwellers, we create a ton of waste every day, often without even noticing it. Of which, perhaps one of the most common is the unassuming plastic drinking straw.

Melissa Lam of Bamboo Straws Worldwide wants to change that — by selling natural bamboo straws you can reuse for years.

She calls herself the Bamboo Straw Girl, and it’s definitely more than just a name. Anyone who meets her will see her commitment through the arsenal of bamboo straws and other reusable items she always carries.

As we sat down for a chat over coffee, she took them out and placed them on the table: two bamboo straws, a cleaning brush, wooden spork (spoon at one end, fork at the other), cloth wrap, batik bag, and thermal flask (also bamboo on the outside).

In Touch With The Land

Melissa has been running Bamboo Straws Worldwide since 2014. I asked her how it all began, and she led me through a series of small fateful events that have brought her to where she is today.

“A few years ago, some of my friends started to work on organic farms. They shared with me that on the farm they don’t use shampoo. They just used vinegar to rinse their hair because everything that they would use goes directly into the land.”

This got Melissa thinking about how detached we are from nature, rarely seeing consequences that come about from our everyday actions.

“When we use water to shower, that water runs off somewhere. Even if it gets cleaned first, all the things that are cleaned from it still has to end up somewhere,” she explained.

Her awareness on how we impact our environment grew clearer when she was invited to stay in a hut on the mountains, where one of her friends farmed.

“While we stayed there, everything we did would directly affect the land. If we had any plastic trash, we couldn’t just bury it, we would have to take it with us down the mountain.”

“In a situation like that, you really start to think about the things we do that affect the environment.”

It was another fateful encounter that brought bamboo into the picture. Inspiration presented itself in the form of a bamboo craftsman that Melissa had met while travelling in Japan.

While purchasing some handmade items from the craftsman, she noticed a bunch of small, slim bamboo sticks by his side.

“I just joked to my sister, ‘Hey, this could be a straw if we cut it! We could drink out of this!’” Melissa laughed.

The cheerful creator recalled how she then tried using her very first bamboo straws “just for fun”, and excitedly beamed, saying, “Hey, it really works… I mean, duh, it’s hollow!”

An All Natural Process

The first experiments Melissa made were coarse around the edges, but she soon found people to work with who could produce the refined straws we see in her shop today.

“I work with small-scale, family-owned bamboo groves. I have a few producers here and there, so this way we don’t stress the land too much.”

She explained that her straws are dried, smoothened and cut, and only go through natural treatments, like boiling. 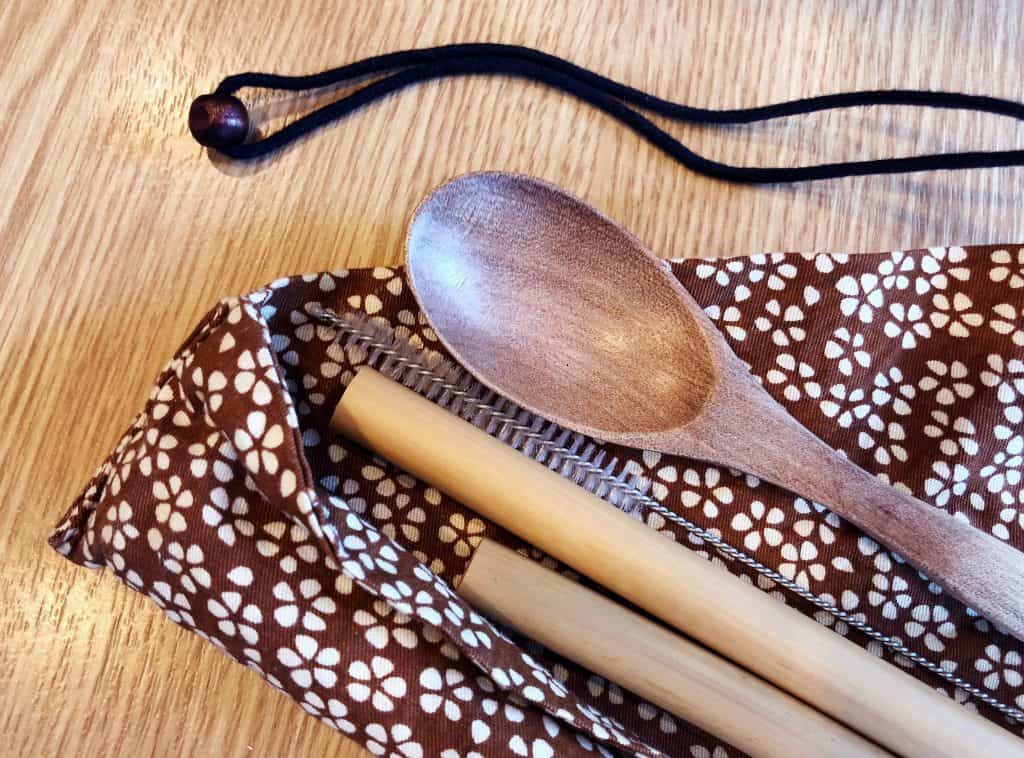 Compared to the more commonly known metal and glass variations, Melissa’s choice of bamboo for reusable straws stands out.

It’s important to her that no harmful by-products are created in the process of making bamboo straws, and that when you eventually discard them, they return to the earth with minimal impact.

She also thinks the material is gentler and safer for children to use.

Keeping the straws clean is also simple and natural. While she provides cleaning brushes for those who want to use them, Melissa prefers to just rinse her straws in tap water, and give them a boil once in awhile for a more thorough cleanse.

A Slow Start At Home

When asked about the challenges she faced along the way, Melissa’s main struggle was the initial lack of interest in Singapore.

“My first customer was from the US. Then there were a few in Australia and Europe that were interested. Locally, it was close to none.”

The humble business owner never quite expected a booming reception, but it clearly burdened her how little Singaporeans seemed to care about sustainable living.

“Rather than ‘that’s cool’ or ‘interesting!’, people would say ‘Huh? Why inconvenience yourself?’”

“They were so few and far between that anytime there was a local order I would put in an extra straw or write a thank you note because I was so happy and touched.”

Melissa said a lot has changed since then, with locals making up the majority of her customers today. She points to campaigns and online groups that have helped spread the message of sustainability among Singaporeans.

Switch Up The Little Things

As the #zerowaste movement picks up, people are starting to try to change their habits. It isn’t always easy at the beginning, but Melissa encourages us to embark on small changes, rather than drastic ones.

“I think at first it would involve a bit of planning. Like, you have to plan to bring a reusable bag with you. But after that, once you start having these things you’ll just use them. It becomes quite natural.”

She practises her beliefs with her own little things she has switched up in her daily routines. Some of these include using reusable containers to pack food, and sticking to one refillable fountain pen.

She has also done away with plastic soap and shampoo bottles, using only the soap bars she makes for her hair, body and face.

To those who worry that this lifestyle may be costly, Melissa explains that we don’t have to do it lavishly or do it only for the ‘gram.

“I used to use the 60-cent soap bars from Mustafa.”

“Sometimes when people switch containers, they say you need to have pretty things, like mason jars and stuff, so that when you Instagram it, it looks good.”

Instead, Melissa uses a Tupperware that her mum has had for years. She reminds me that we already have all these things at home.

Since local awareness of her sustainable brand has been growing, Melissa has had some interesting experiences.

For one, she shared her amazement when the Singapore Zoo placed an order with her to provide bamboo straws for volunteers during an event.

She considers herself a pioneer among zero-waste brands in Singapore and says the next step for her will be to make her website friendlier for local buyers.

“This year, I want to either make a separate website or do an overhaul of my website so it’s easier for Singaporeans to buy. Now it’s in USD, and sometimes they don’t expect that since I’m mailing locally.” 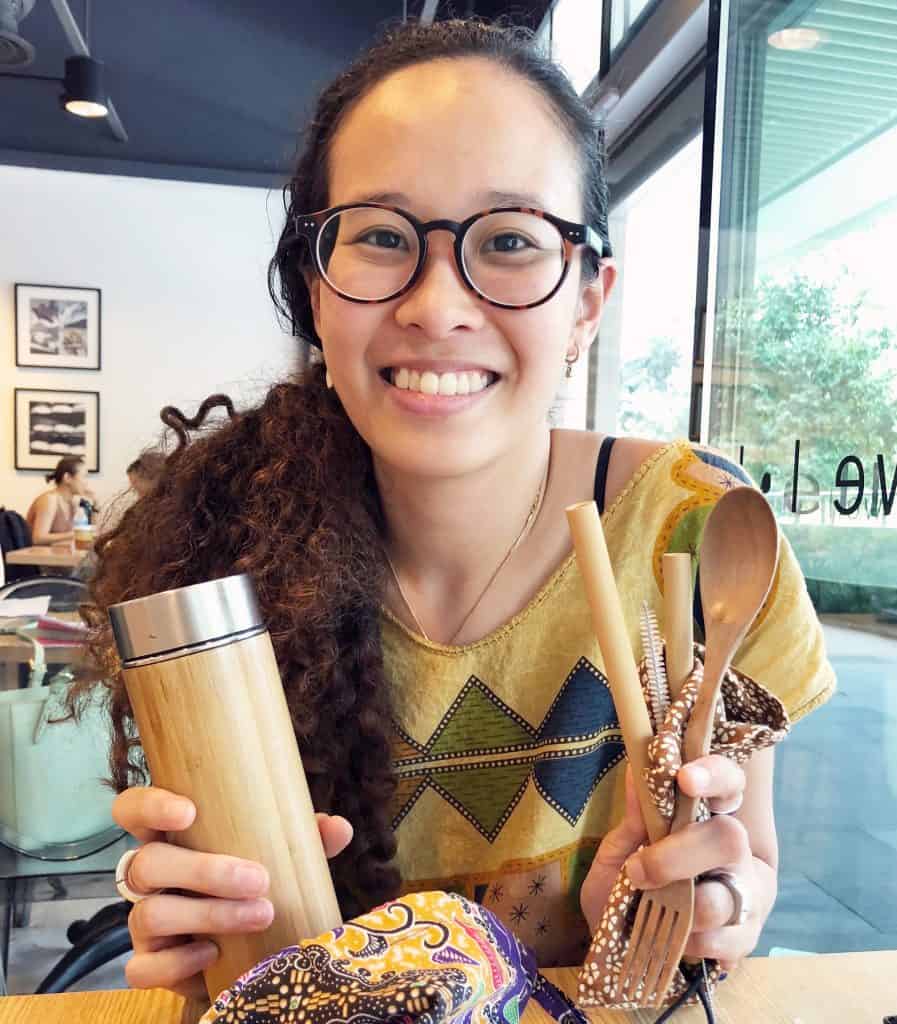 Three and a half years into her unexpected journey, Melissa remains passionate and grateful for every success.

“Every order still makes me very happy, even if it’s just one pack of straws – it doesn’t have to be a big order. It’s a sense of achievement every day.”

To make a small change that goes a long way,  you can check her out at www.bamboostraws.bigcartel.com, and join her in her quest to rid the world of plastic straws.