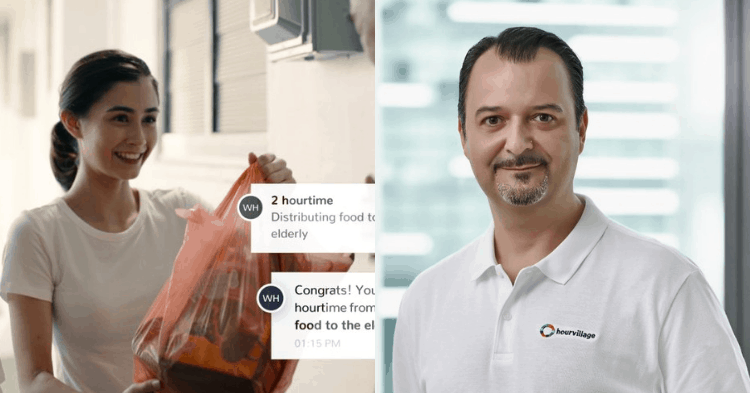 Always wanted to sign up as a volunteer but don’t know where or how to start? That was my dilemma, which led me to stumble upon Hourvillage’s website, an online social marketplace that runs on time instead of money.

That’s probably because it resembles the dystopian science fiction movie ‘In Time’. The film depicts a distant future where time is the only currency in the economic system.

But fret not, the difference with Hourvillage is that time does not equate to survival in a literal sense. Instead, it encourages people to exchange skills and perform helpful tasks.

I got the chance to ask their CEO, Andy Mankiewicz OBE, more about this concept.

When I met him, he was sharing with his team at Hourvillage that the average lifespan in Singapore is 718,000 hours. How we choose to share or use these hours purposefully is entirely up to us. 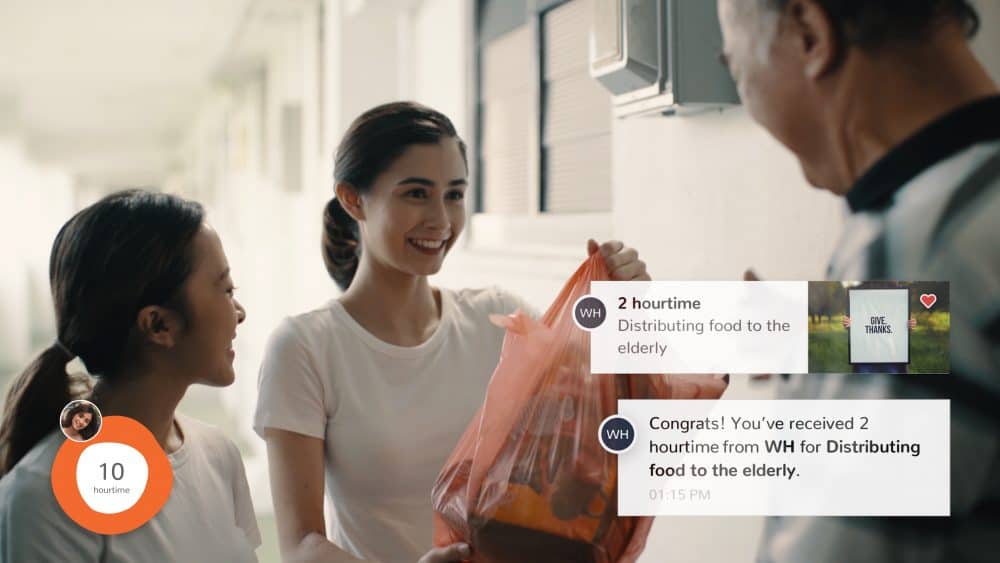 During his 20 years of living in Tokyo, Andy volunteered his time at charities for children and also made Onigiri (Japanese rice balls) for the homeless.

However, even those with the best intention to commit, often failed to turn up for volunteering activities. That was when he realised that wanting to do good is not enough of a reason, unless it is at one’s convenience and time.

He believes this was a big factor contributing to the imbalance in supply and demand of volunteers, which spurred Andy to create Hourvillage.

“Time is our most valuable asset – what if we could get time back for [the] time we give to others? What if there was a platform that would allow us to work on our own goals whilst contributing to our community?”

The company’s mission lies in building a true sharing economy that will enable all members – regardless of gender, age, background or status – to share their time and benefit from each other.

Anyone who signs up to join will be given a two hours time credit and gain access to listings of opportunities, exchange of services, skills and even errands.

”You earn hour time credits by sharing your skills or volunteering in the local community.”

“You can spend your credits however you choose – maybe you want to learn Japanese or get your dog walked. It’s free to use for individuals and charities,” Andy adds.

To those who are still unsure about the concept, we’ve included an introductory video:

We've excited to present this video that shows what Hourvillage has to offer. Build your community, gain new experiences! Watch the video on the possibilities that you can give or receive!

Even though it is designed as a platform for everyone, Andy has plans to target these four key social issues — inequality, the ageing population, skills-jobs mismatch and fragmented communities.

He recognises that learning new skills can be as much of a privilege than a variable option for some.

His solution is to create a level playing field by operating in a currency that we all possess – time. A timesharing platform opens up another possibility for many looking to retrain or upgrade skills for better employment.

As he emphasises, “more employment means better standards of living, improved social mobility and a boost to the local economy.”

Back To The Future

Hourvillage currently has more than 10 people on the team. This number is likely to increase with time, given that the founder’s target is to acquire more than 200 million users in over 25 countries within five years from launch.

Hoping to achieve an exchange of at least five billion hours per year, he does not think of it as overly-ambitious.

“Although this is an aggressive target, it means an average of about two hours per month per member, which is fairly conservative.”

The platform, which relies heavily on community, means that they have been reaching out to local organisations. This ranges from schools to charities, corporates and government-led bodies, who will become the first to try as soon as it is available.

This year’s Singapore Sustainability Showcase (SSS), which is part of the Youth Sustainability Impact Southeast Asia’s (YSI SEA) innovation programme, saw Hourvillage invited as part of its network for the theme of Rethinking Innovation.

Hourvillage is also scheduled to launch during the last quarter of 2018 on Google Play and App Store. Currently, their team is focusing on mobile application to ensure the best user experience.