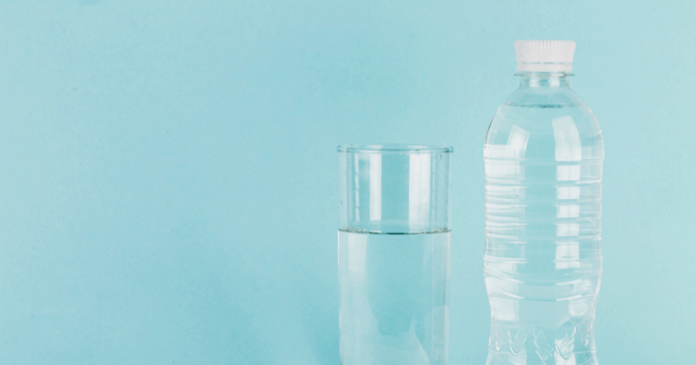 Years ago, I distinctly remember attending a NEWater plant tour as part of my primary school’s national education program. Yes, that is the one which you’re thinking of right now. I was amazed at how water contaminated by the remains of my Happy Meal could be transformed into water that was safe for drinking.

At the end of the tour, everyone was given a small bottle of NEWater to showcase how portable it is. Heck, it’s even part of Singapore’s tap water, along with water from three other sources.

Lo and behold, NEWater tasted exactly like any other still water I consumed for the few years that I have lived at the time. On the other hand, several classmates claimed that it tasted ‘weird’ or would give them an upset stomach the moment they left the plant.

Their adult versions today are probably the ones who swear by certain types of bottled water, claiming that they can taste the difference between brand X and brand Y. They’re also probably the reason why a job titled ‘water sommelier’ even exists.

The statistics highlight that the widespread consumption of bottled water in Singapore is turning into a serious problem, with research firm Euromonitor International’s data showcasing that S$179.4 million was spent on the stuff last year.

Water Tells None Of Its Secrets 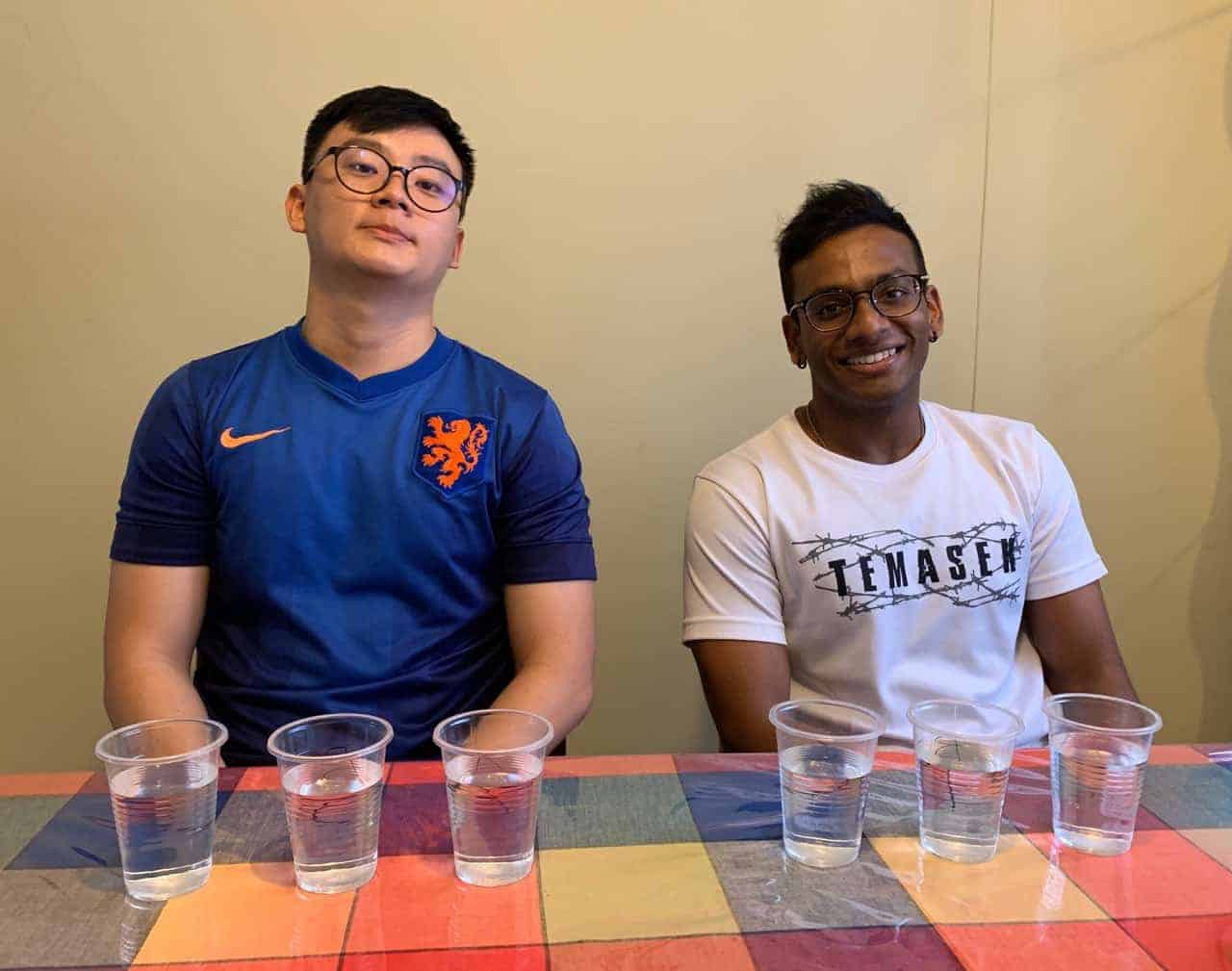 I’m the furthest thing from a tree hugger but I decided to conduct a little taste test of my own to determine why so much money was being poured into the bottled water industry when there is no need to do so.

They would undergo a blind taste test featuring three different types of still water of similar pH levels and hardness.

Having an average Joe – sorry Gerard – and a trained chef ensured that I would obtain consistent results and determine whether there was indeed a discernible difference in taste between different types of still water.

Coincidentally, they had similar habits when regularly consuming water too. They drink mostly boiled water or water directly from the tap. 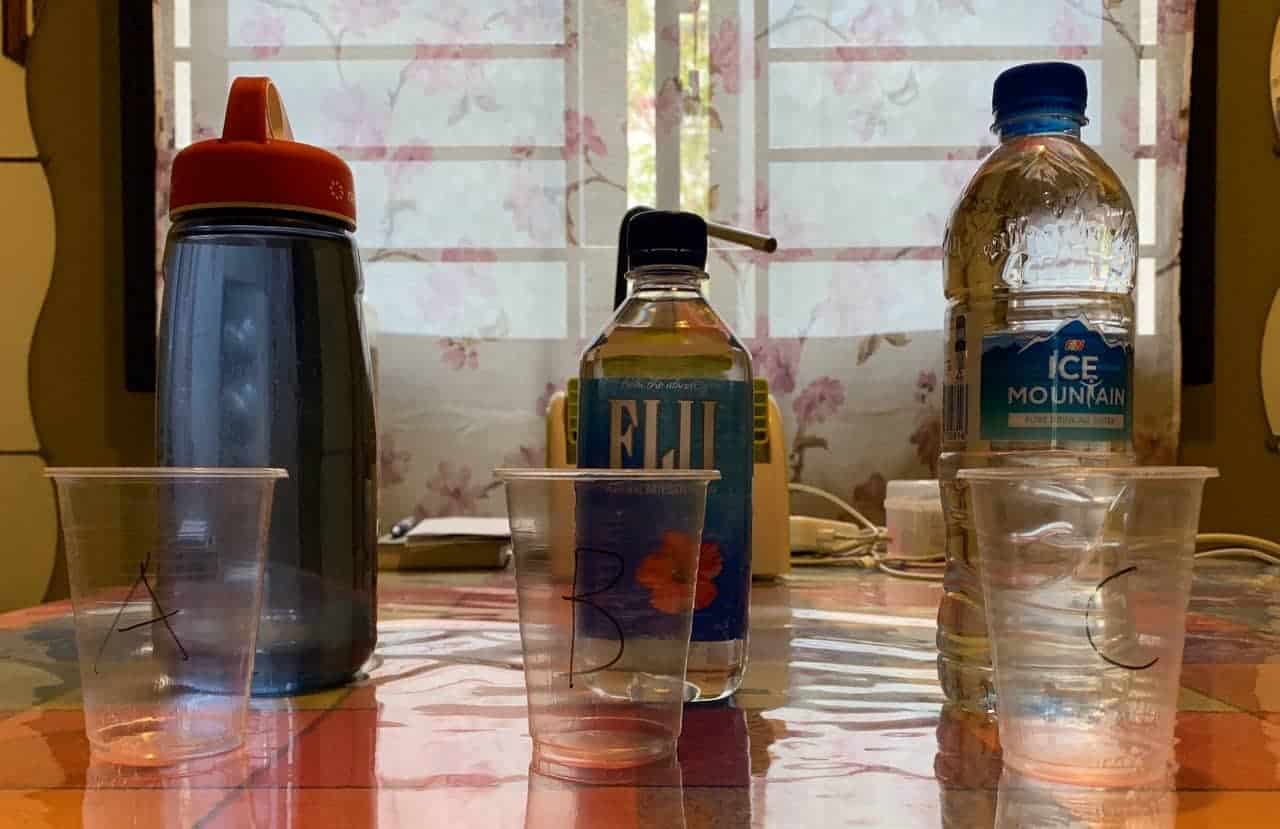 The two bottled drinks of water I chose for this test would be a $0.50 bottle of Ice Mountain and a $2.50 bottle of Fiji Water. Rounding out the lineup would be a bottle of tap water straight from my home.

Gerard and Nixon were placed in a different room while I filled up three cups labelled A (tap water), B (Fiji Water) and C (Ice Mountain). They were then required to take a mouthful from each cup having no idea which one contained which type of water.

The Test That Stumped Nobody At All

Unfortunately, it looked like my experiment derailed right off the bat. Gerard and Nixon gave a sly smile immediately after tasting the tap water in cup A, with both individuals saying it was their ‘go-to drink’.

Gerard rubbed it in, stating confidently that the water inside cup A was straight from the tap. However, I wasn’t about to give up the gig just yet. I mustered up whatever little acting talent I had to get these two lab rats to complete the test and to give their opinions regarding all three cups of water.

For cup B’s Fiji Water, I got more insight from the two gentlemen.

Got you there, buddy. It’s no Evian but it’s just as expensive. Nixon, on the other hand, felt that the water was a bit salty. He guessed that maybe sodium was added to this particular bottle.

Lastly, cup C’s Ice Mountain drew the most derision from my participants.

Gerard said that the water felt very ‘recycled’, but was still drinkable nonetheless. Nixon’s assessment spared no prisoners. He felt that the water was ‘very cheap’ and ‘low-end’ , even.

Before I revealed the results to them, Gerard told me that his favourite cup among the three was A while Nixon’s was B. It was interesting to note that my participants could accurately discern that there was a difference in taste between the three different types of still water. 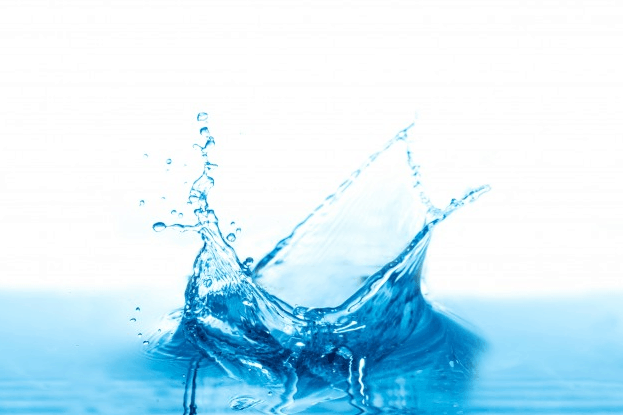 However, Gerard and Nixon both noted that they do not consume bottled water regularly. They would only purchase a bottle of water from places such as the supermarket or convenience store should a water cooler not be located near them or when their refillable bottle runs out.

Convenience was more important to them, as compared to taste or price. This is evident from their assessment, rating the widely-available Ice Mountain the worst out of the three still waters even though it’s what they would most likely purchase due to convenience.

Furthermore, Nixon said that the perception of tap water in places such as hawker centres or public toilets is not the best. This detracts him from refilling his water bottle or taking a drink from these taps, even though he has had extensive experience working in food courts before.

Corroborating Nixon’s opinion would be a report by CNA earlier this year, highlighting that a reason for the purchase of bottled water would be the ‘ick factor’ from the thought of having to refill one’s reusable bottle in public toilets. 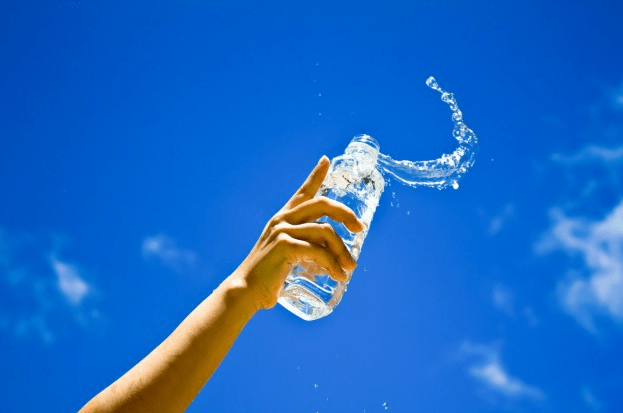 Although I conducted this test with the expectation that people cannot taste any difference between different types of still water in a blind tasting environment due to the lack of any information or marketing fluff, it appears that I was dead wrong.

Additionally, my respondents would hardly choose to purchase a bottle of water because of their perceived quality or taste. How convenient it was to do so would seal the deal for them rather than the factors listed above.

As you can see, bottled water has no place in Singapore should the public be well-informed regarding tap water or if the infrastructure is in place to support the use of reusable water bottles.

Hopefully, we’ll see more water coolers around in the near future or maybe even an education campaign on why tap water in ‘dirty’ places is as clean as what comes out of your sparkling brass taps at home.

I’ll raise a glass to that.