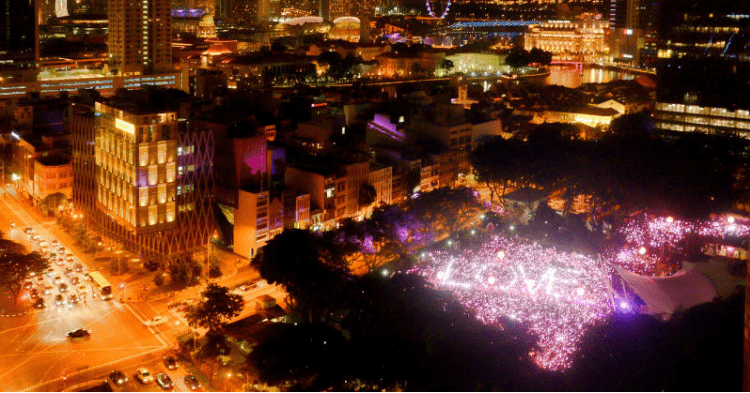 Just last month, the Indian Supreme Court decided to repeal their long-standing Section 377A Penal Code, which criminalises male-to-male sexual activities. With the national celebration of the revocation across India, a fire was, however, sparked in the sunny island of Singapore – a close neighbour that had also suffered under the same colonial stronghold and its imposition of 377A.

Many Singaporeans, including the veteran and diplomat Tommy Koh himself, have spoken up against 377A . Following India’s repeal, there seems to be a greater reason to call for a more pressing yet open discussion about going forward with the same trajectory.

There is no denial that debates between religious groups and the LGBTQ community have been hitting the roof, with over 30K signatures petitioning for its repeal.

Singaporeans have been very vocal about this sensitive matter, both for and against, but my question here is: What’s with all the ruckus?

There is no doubt that the sentiment around the Church groups in Singapore has been a little more controlled; it has become one of tolerance. But truth be told, it has become apparent to me that it is ineffective.

Whenever I hear the word, anger would start attaching to me like a leech. 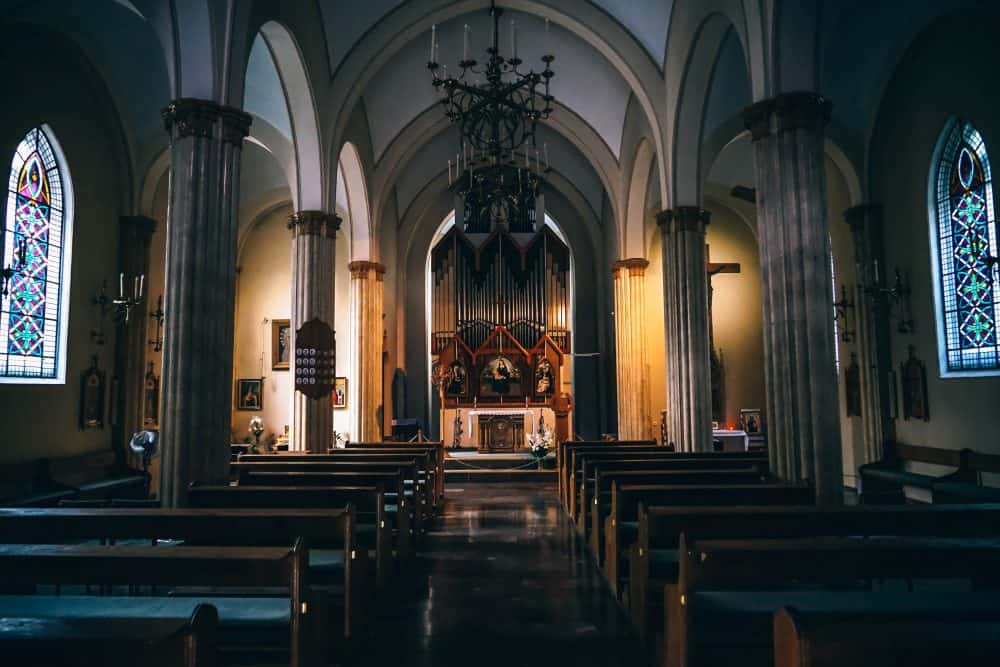 What exactly is wrong with “tolerating”?

Everything. Because there is a big difference between tolerating and accepting.

The majority of churches in Singapore still feel that the act of loving another of the same sex remains a sin. However, the word ‘tolerance’ comes in very handy for them to appear like they are welcoming of people from the LGBTQ community.

“Tolerance”, according to the Oxford’s Dictionary, refers “to the ability or willingness to tolerate the existence of opinions or behaviour that one dislikes or disagrees with”. 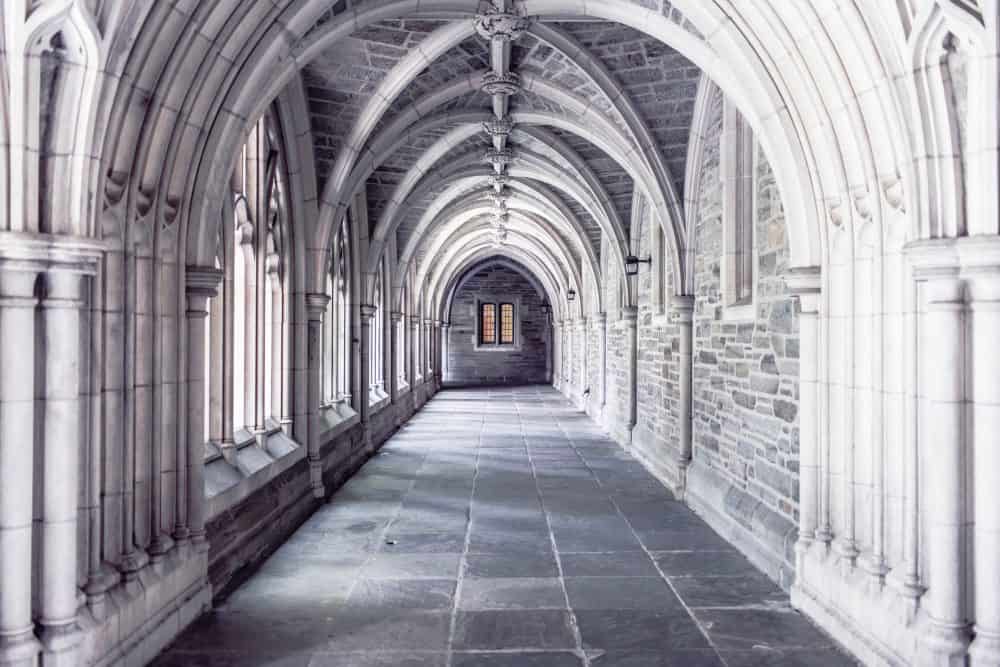 And this very “tolerance” is a huge reflection of the nature of the 377A Penal Code, that with the law and ‘tolerance’, these homosexual men are completely safe, completely free, as long as they have the ability to hide themselves away.

Not repealing the 377A supports such tolerance which would only lead to deeper, and more entrenched feelings of reproach not just towards homosexual men, but to the LGBTQ community as a whole.

After all, the code of 377A, in its entirety, functions on the fundamental premise of taking away one’s volition.

What’s With Being Homosexual? 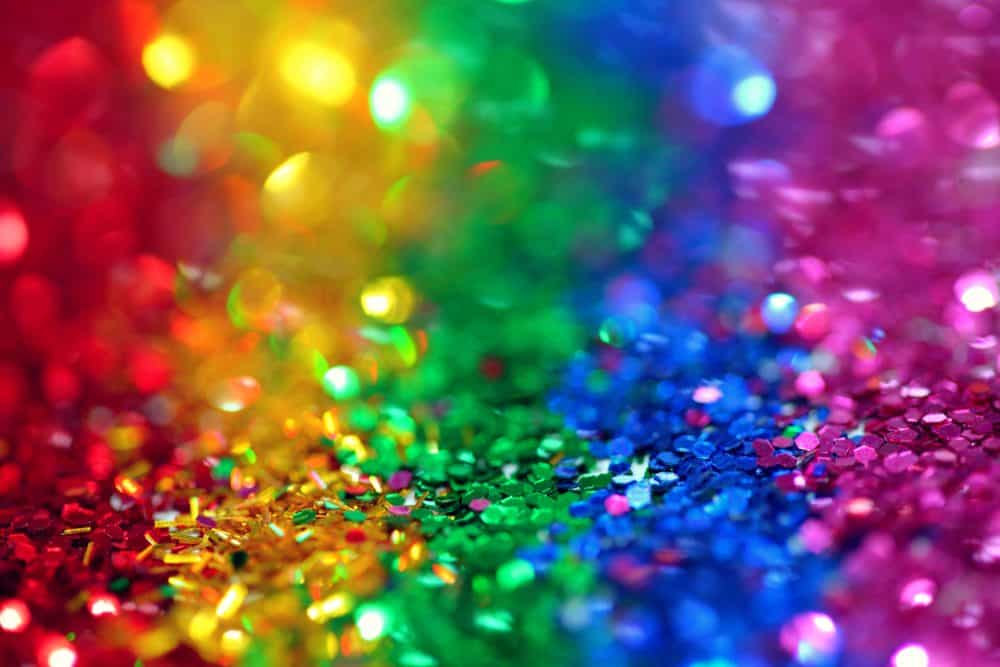 While the cause of homosexuality is still under scrutiny, there has been, in fact, more discovery and realisation in the present day about the nature of being homosexual. There have been vast changes in the way that we see homosexuality today.

The traditional way of looking at it is often to deem someone homosexual as mentally unstable, or an anomaly.

Homophobia in Singapore is still very apparent, and it continued to be shielded under the shadow of ‘tolerance’ and the law.

How can we ever solve anything when all that has been done was to clear the way for temporary solutions that don’t address the root problem?

However, we are seeing changes across the world that hopefully would bring light to the Singapore society. 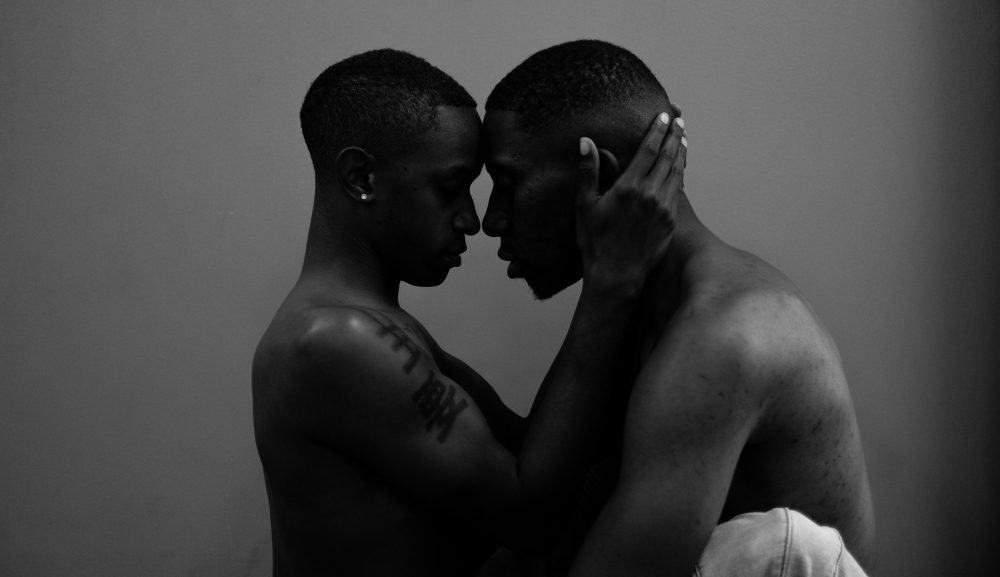 The World Health Organisation has reclassified gender incongruence, which means that transgender people will no longer be considered mentally ill. The condition, in the new catalogue, is no longer listed under “mental, behavioural and neurodevelopmental disorders”. In fact, legalising same-sex marriages could only bring more positive effects.

A US study has shown that lesbian, gay and bisexual individuals were far less psychologically distressed if they were in a legally recognised same-sex marriage than if they were not.

As we continue to encircle around pointless debates, I’d like to move forward instead and drop the big and redefining question:

So What If I’m Homosexual?

Being labelled as different doesn’t make a homosexual individual any less human than their heterosexual friends. Being homosexual is not a state of mind; it is an identity as it is with how we identify ourselves according to our gender, occupation, character.

And if we don’t see the repeal of 377A, it will continue to strip that identity away from many, many individuals. How is that fair?

By suppressing an identity, we also lose the power to love.

Rather than thinking that homosexuality is a sin and a perversion of God’s creation, why not take a step back and see that perhaps, gender is something malleable and to be shaped with time, just like how we discover ourselves as we grow up.

So Really, So What?

It’s the 21st century – we should be looking forward and reconsidering doing away with laws of the past. It is still seen as an archaic law that serves no other useful purposes other than to punish the men for engaging in private, sexual acts.

Additionally, in a Facebook comment on Thursday (Sept 6) that has sparked a heated debate amongst netizens, Tommy Koh showed full support: 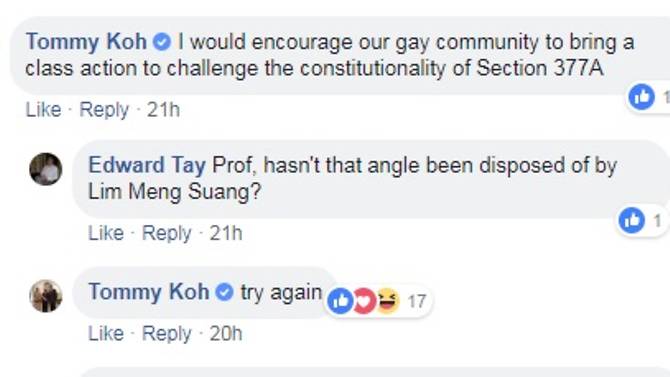 A pressing issue surrounding the 377A discourse is that it has placed Singapore’s secularism in question for human dignity is an important facet of secular societies.

Religious institutions and individuals may be entitled to their own perspectives but in a secular state, they shouldn’t be able to influence legislative or political issues, and this has been sustained by the Maintenance of Religious Harmony Act.

Eventually, there’s more to look at and be concerned about in the world – poverty and terrorism, but we have been so caught up with finding a cure for gender dysphoria and trying too hard to “right the wrongs”.