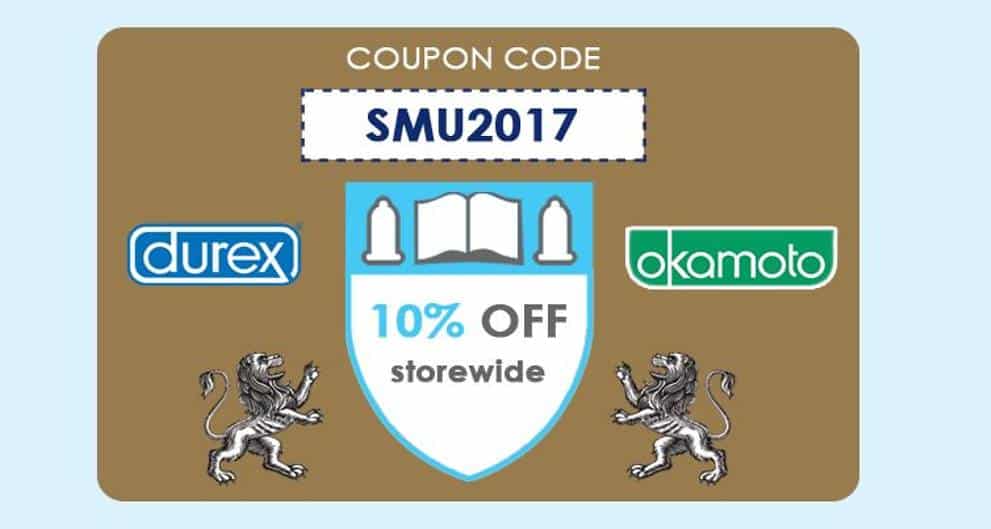 The email was quickly withdrawn – only an hour after it was disseminated. According to various news sources, an SMU spokesperson apologized afterwards, blaming it on an oversight by a new member of the school’s Bizcom, the business development arm of the SMU Students’ Association.

“SMU has rules in place prohibiting the dissemination of mailers by certain companies, including those selling alcohol, tobacco and condoms.”

One student interviewed by The New Paper mentioned that the ad was too liberal for Singaporeans, while another felt that it was inappropriate.

Why Is This An Issue?

Comments on various social media platforms highlighted that SMU should not have grouped condoms together with alcohol and tobacco – while the latter two have detrimental health effects, the former protects against sexual infections.

In fact, universities in other countries offer free condoms to their students.

Cambridge University students were given up to 60 free condoms a week in the university’s bid to helps students avoid STDs and unwanted pregnancies.

Students at the University of Texas at Austin get up to 3 free condoms a day while Boston University offers a Condom Fairy programme. This entitles students to a free box consisting of condoms amongst other safer sex and health information supplies.

Should Sex Be Openly Discussed?

Perhaps, the issue at hand is not about the discounted condoms – but the taboo topic of sex and practicing safe sex in Singapore.

The SMU students are clearly of age, but attitudes towards sex education has often been focused only on abstinence, with minimal information provided on practicing safe sex.

Sex education in Singapore is currently available from the primary school to junior college level.

At the primary school level, topics such as managing changes when growing up and building healthy relationships are taught. From the secondary school level onwards, lessons are shifted towards issues on sexual health and behaviour, the prevention of sexually transmitted diseases and decision-making, among others.

The Ministry of Education (MOE) has also mentioned that “abstinence is presented as the best protection for teenagers against pregnancies and sexually transmitted infections or HIV.”

The taboo topic of sex has extended to families as well, where parents are unable to discuss it comfortably with their children. Business owner Wayne Tan told The Straits Times, “I know I shouldn’t wait too long to broach the topic, but I am unsure how to go about doing it such that it doesn’t become uncomfortable for both of us.”

More often than not, parents rely only on the sexual education programmes provided by the MOE.

Has the emphasis on abstinence worked? With a rising trend of sexual infections amongst young people, the data suggests otherwise.

It’s time for Singaporeans to be more open about the topic of sex – going beyond abstinence.

As Thu Yain Pye Aung wrote in her letter to The Straits Times, students should be made aware about safe sex practices, and “the various tests that are available to sustain their sexual health and well-being.”

“By doing this, young people are more empowered and informed of the choices that they can make pertaining to relationships as well as their sexual health.”

Parents can also play their part by making themselves more informed about sexual education before discussing it with their children. According to Mrs Hershey Regaya, the programme manager for education and outreach at Family Life Society, “research shows that talking to children about sex leads to lower frequency of sex in adolescence and less involvement in risky sexual behaviours.”

With more accurate information provided by schools, youths are less at risk of taking in false information from the internet or their peers.

Perhaps this incident, while seemingly insignificant, highlights a systemic problem in Singapore’s sex education and the perceived role of sex in our society.