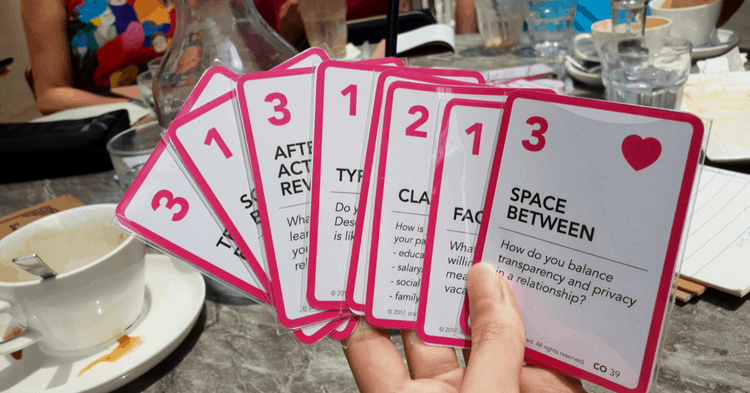 How might you respond if your partner became (a) unemployed or bankrupt, (b) chronically or terminally ill, (c) physically or mentally disabled, (d) struck with mental health issues?

This was the first card that had been flipped over at the pillow tôk play test event that I attended in end March.

The question struck me, as it did my table-mates, mostly for the same stark reason – while we had made some considerations for these issues happening to us, we hadn’t thought about the same possibility happening to our partners.

When the question fully sank in, I let out an invisible, mental “wow”. 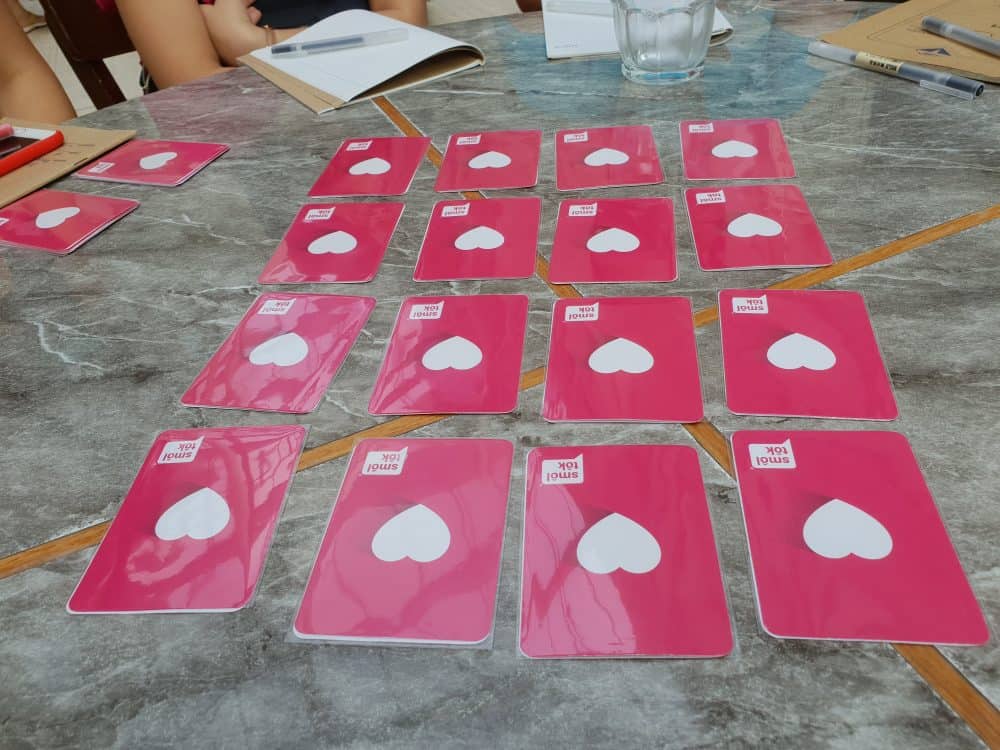 I wasn’t entirely sure what my motivations were when I signed myself up for the event. This event, independently organized by smôl tôk, took place at the National Museum of Singapore’s Food for Thought café.

At first, it was a mix between realising this was a cross between a fun activity and an idea pitch – I wanted to attend the March session, in order to review my experience for those intending to sign up for the April run.

That was when I realised the event description read that it would focus on “questions about commitment, love, and relationships”.

Talking about such personal things to strangers, me? Whoops.

I’ll admit, I thought of backing out – what if this turned out to be some lovey-dovey couples’ event?

I turn up for the event nonetheless – to my relief, there are other singles as well.

Like the rest of the smôl tôk expansion packs, each card carries a question ranging in rating levels from one to three. Cards are labelled as such, because a card with a higher number would require a participant to give more depth of thought to the question before proceeding with an answer. 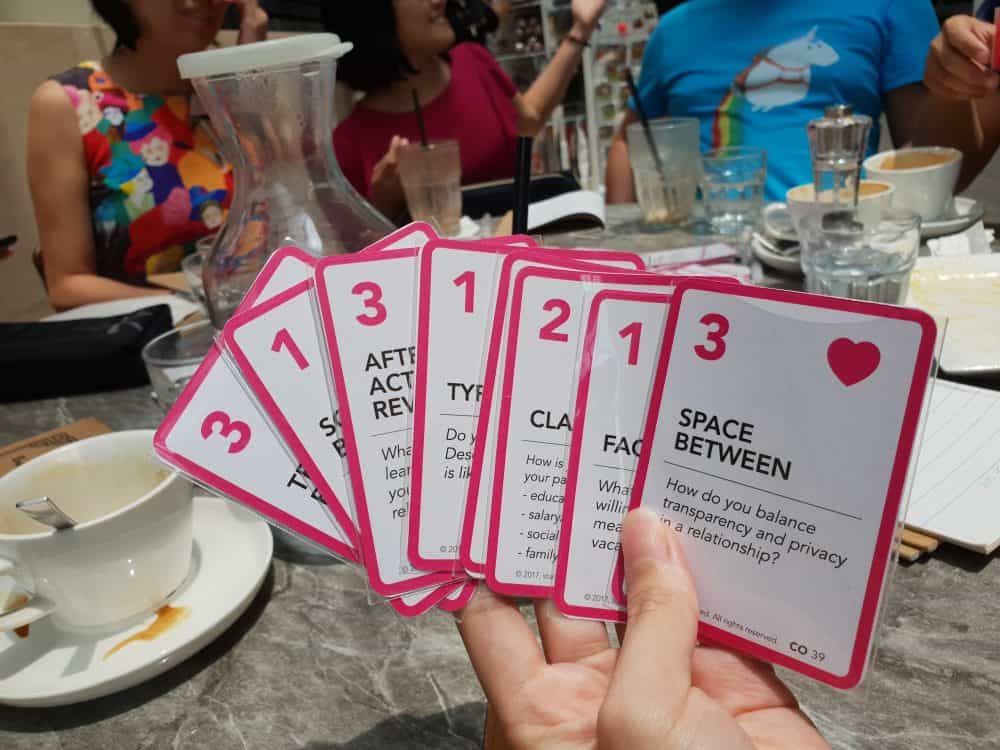 Specific to this expansion pack, cards are coded according to whether they are suited for couples’ or singles’ use. Even so, cards which are designed to be answered between a couple do not discriminate against those not in a relationship.

For example, the above-mentioned question was marked as a question to be answered between couples in a relationship. Nonetheless, all at the table could relate to this plausible predicament and were forthcoming in sharing their take on the issue.

I felt a notable discomfort asking and answering such questions at the start of the session. In fact, when it was my turn to flip open a card to answer it, I could feel my hands trembling. 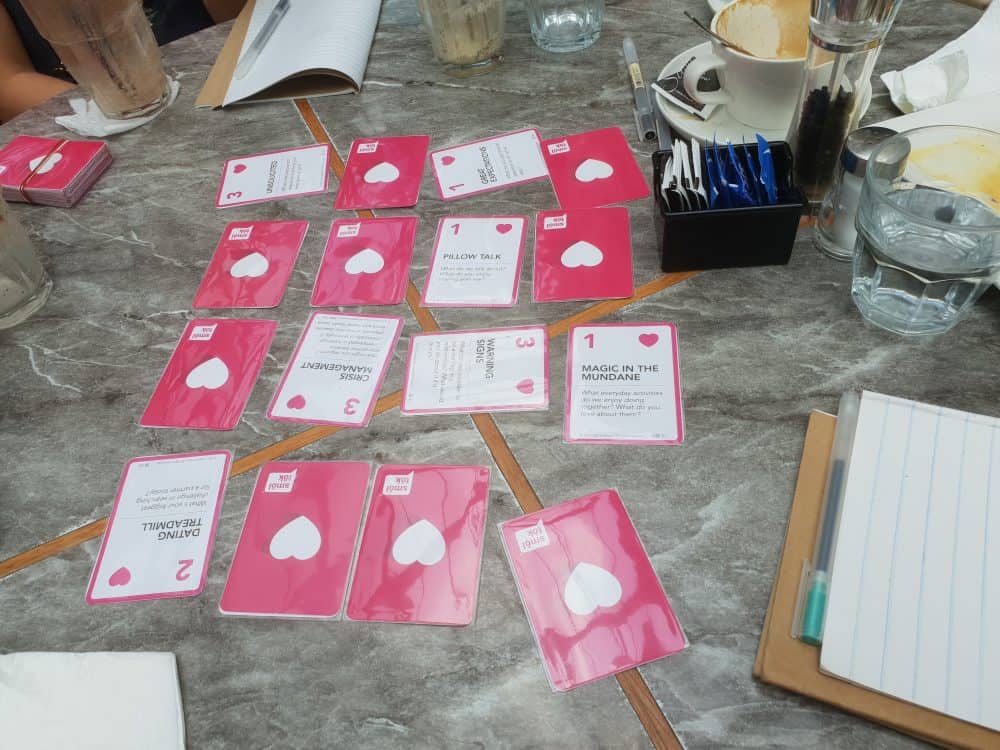 To be fair, this is what my card of choice read – What do you consider to be a red flag in a relationship? What would you do about it if it occurs?

I talk about the things that matter to my heart – including, but not limited to, a level-headed temperament, and why that is necessary.

It takes me by more surprise than it should, but gradually I realise that the group chips in on their take for each question, even if it wasn’t the one they had selected to answer. Amidst these discussions, I can’t help but find myself intrigued – this makes for a unique setting, where I now have had the privilege of sharing in a part of various strangers’ personal narratives, in a way that I would never otherwise have had access to.

This leaves me with mixed reactions, of which my best attempt at putting it into words is to describe it as a privilege, which also comes with a tinge of the camaraderie of a shared experience. Yet, there’s no denying it’s also a little odd. 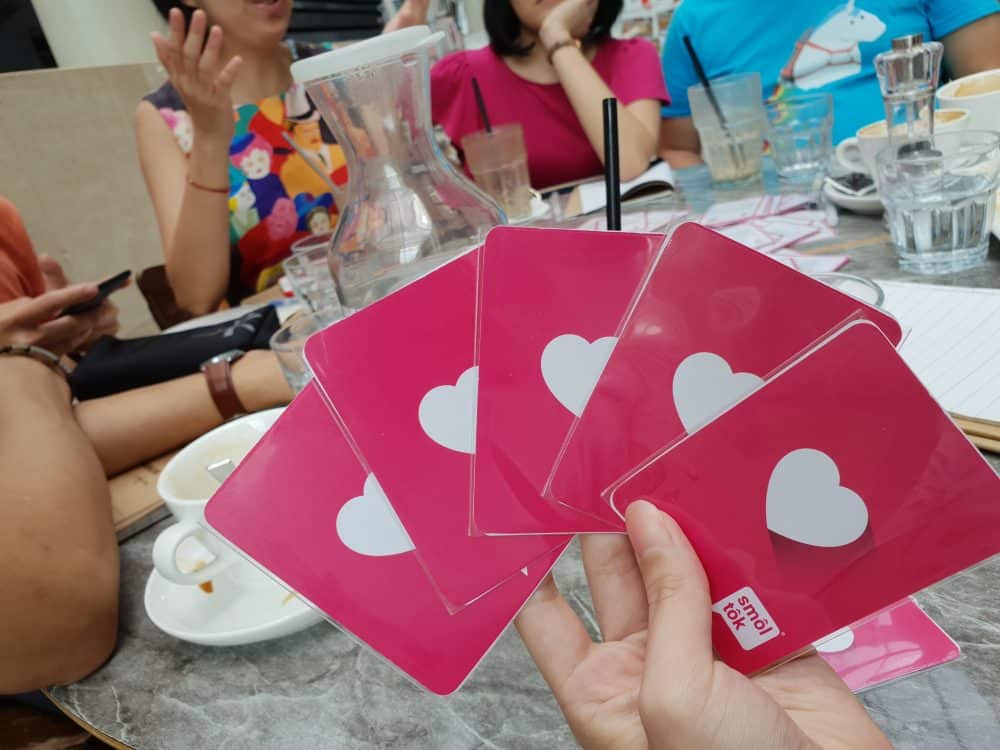 In perspective, the only reason I feel less guarded in expressing my own views freely is that the group dynamics have enabled me the safe space to be as candid as they have been.

At the end of the session, I find myself thankful for having attended the event. Having said that, I also conclude this isn’t the typical type of card game I would engage in – I wouldn’t describe this as “fun”. I don’t mean this with any negative judgment, but rather a statement of fact.

For starters, the questions for this deck were tailored to be used for a specific group or target space. 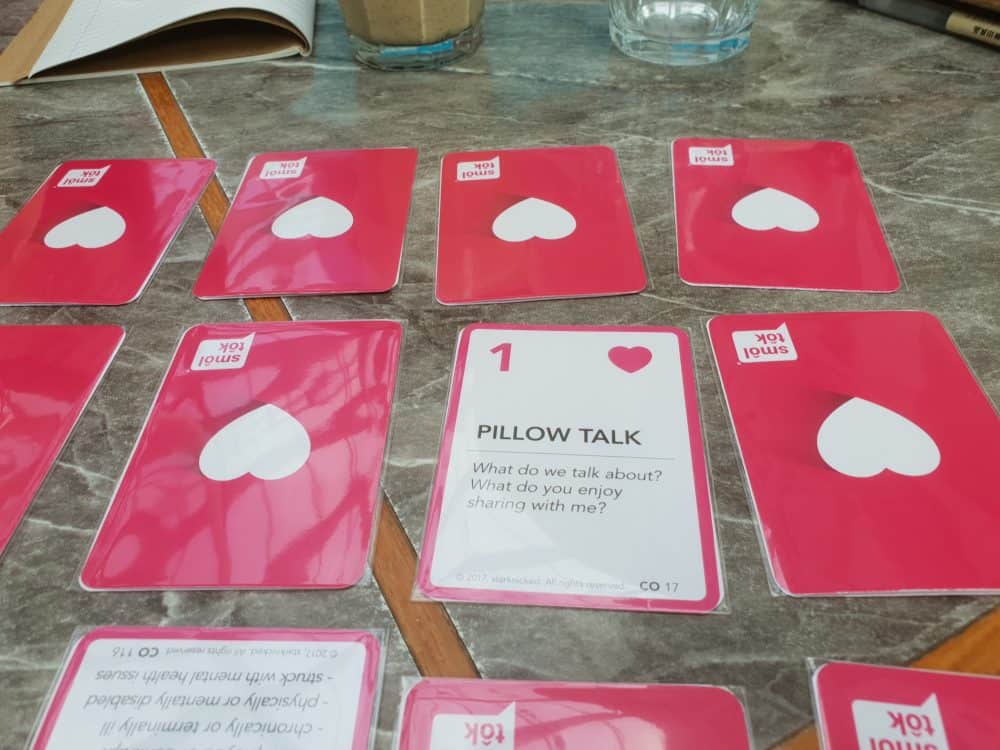 This means that there are certain circles of friends I might not play this with, knowing that there is a level of trust and vulnerability required for the game to be played meaningfully. There needs to be an optimal space for this to be used appropriately – some spaces, like acquaintances, might be too distant; others, which may include family, may be too close.

Would I be keen to recommend the pillow tôk play test – or for that matter, play tests of any future upcoming decks?

YES, I unhesitatingly would – though I’d also caveat to bring an open mind, some room for thoughts, and a bit of courage. After all, these sessions explore questions that are both pertinent and practical for the things that happen in life.

Apart from the pillow tôk expansion, set to be released mid- this year, there are also plans for an expansion pack that relates to the theme of having a good death. In addition, Nick, the designer of starknicked and smôl tôk, also has in mind future expansions on the theme of mental health and work respectively.

You can check out pillow tôk play test #8 here, happening on 28 April.