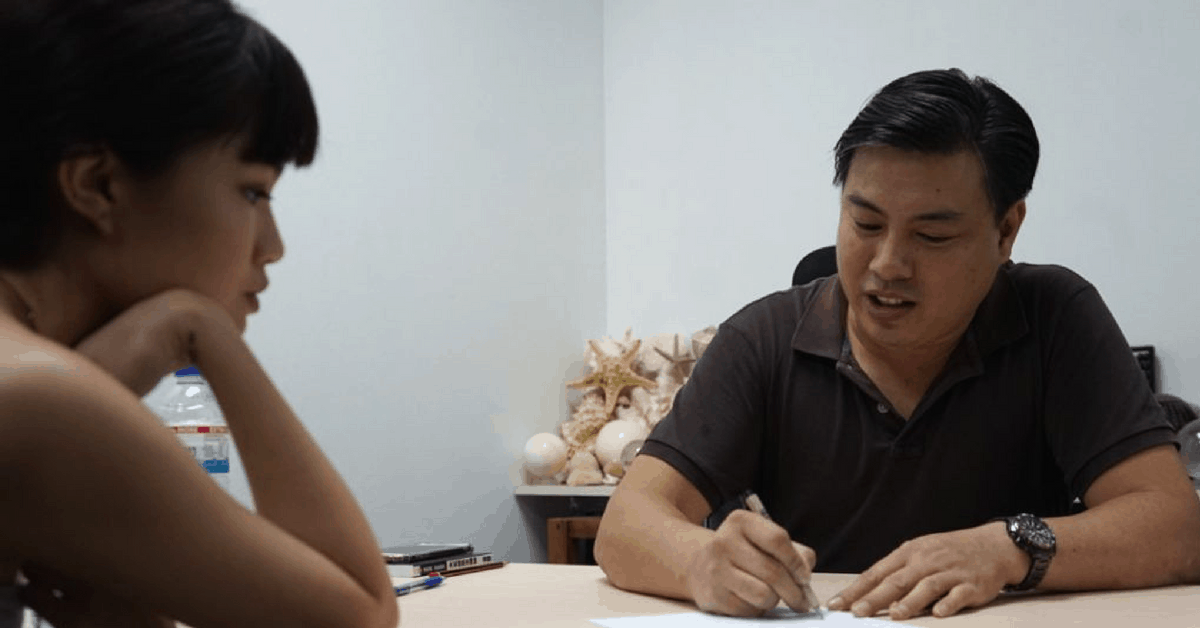 Starting the new year off on the right foot doesn’t always go the way we expect it to—cue unfulfilled new year’s resolutions that we left behind in January. But what if I told you there’s still hope for us yet?

Meeting With A Feng Shui Master

I sat down with Master Max Liang, an adept face reader, numerologist and Feng Shui Master (amongst other things) who’s spent years studying under various masters of these crafts. 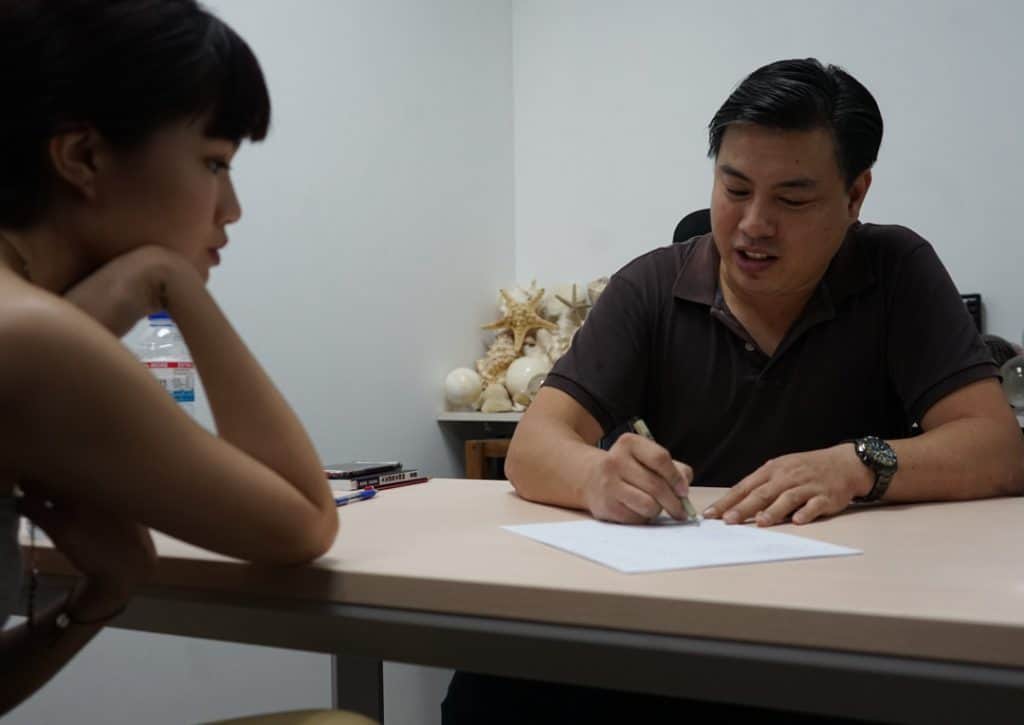 He’s prepared what’s known as a “Flying Star Chart” or what some Westerners may call a “Magic Square”, to help prepare us for the new solar year that starts on the 4th of February. This day marks the start of spring (also known as Li Chun) and is set to bring about a change in energies for 2018. 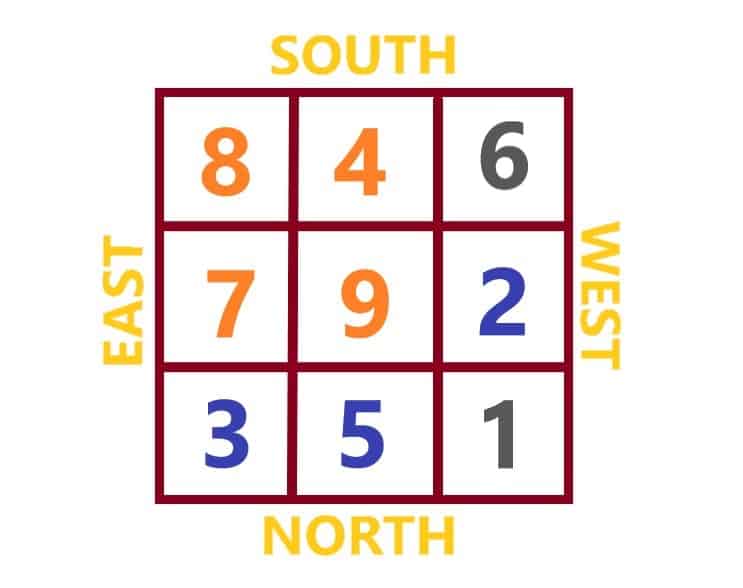 Without going into too much detail, the Flying Star chart is a school of Feng Shui that takes the element of time into consideration when analyzing the movement of energies within a given space. This way, we’ll be able to enhance the positive and prevent the negative so we can live our #bestlife.

Let’s start with the good news, shall we?

This year, the number 4 which is also called the Wen Chang star, falls in the south. Max tells us that this star guides us in totality and brings along with it career, wealth, and general good fortune. If your home, office, or space of choice opens to the south, it’s in a good position to “open up” to these good energies in 2018.

To enhance the Wen Chang, place lucky bamboo plants in the south of your home.

Pro tip: all plants have an energy field around them, so avoid twisted bamboo as it could end up turning these good energies away from you.

Max recommends having 4 bamboo plants, which may sound odd to many due to its association with death and misfortune.

He clarifies that we’re working with the energies of the number and the plants for overall enhancement of the Wen Chang, and not to get this mixed up with this negative connotation.

The base of your bamboo plants should be surrounded by beads and submerged in water. If you have a main door that opens to the south, place it next to your door.

This year, the number 8 falls in the south-east. Because the numbers and directions have corresponding elements that belong to them, this creates a clash between the earth element (number 8) and the wood element (south-east direction).

The number 8 represents career luck specifically, and this clash between elements could signal career instability and job changes for many. I know, this doesn’t sound positive but hear me out.

Clashing elements aren’t necessarily bad, like how a job change could signal a positive shift instead of a bad one.

Since we’re in the CNY season, you could even craft a makeshift lantern out of Hong Baos and use that your red item of choice.

You’re gonna wanna read this before you whip out your cards and mahjong tiles this year. The number 7 represents gambling luck and lies in the east this year. Just as with the number 8, the number 7 (metal) clashes elementally with the East (wood).

We manipulate the energies once again by enhancing the metal and weakening the wood by introducing an earth element. This can be as simple as placing a rock in the east but—do avoid rocks that are black or yellowish in colour.

Instead, Max suggests using a generally favourable colour like white.

The number 9 is a fire element and enhances general wealth. This number falls in the center of the chart this year, so placing a potted plant in the middle of your home would enhance these energies.

Max, however, warns against plants such as cactuses and palms. Cactuses or plants with needles and thorns are detrimental to health while palms possess low energies that could bring about a depressing sort of energy within your home or office.

Instead, look for plants with big round leaves for best effect.

The number 5 brings with it major illnesses and lies in the north this 2018. To deal with energies that relate to sickness, place a metal item in the corresponding direction—which in this case is the north.

While any metal items such as wind chimes or musical boxes would work well enough, the kiasu may consider using items made from bronze, as it has historically been used to ward off evil.

With many homes in Singapore facing the North or South, it could mean a significant amount of homes have doors that are opening up to these bad energies this year.

In these cases, it brings even more major sickness into the home.

To combat this, place a grey floor mat with a metal plate under it outside your front door so every individual that steps on the floor mat before they enter the home gets this negative energy removed from them.

The number 2 similarly represents minor illnesses and falls in the west. So while not as major, you can expect recurring inconveniences related to illnesses this year. If your room is located in the west of your home, be especially mindful.

The remedy is the same as with the number 5, so be sure to place a metal item in the west of the home or office to prevent recurring minor sickness.

The number 3 corresponds to the wood element, and relates to litigations, lawsuits, quarrels and arguments – yes, even in your relationships. Just like we did before, we dissipated the energies of the wood element by introducing a fire element.

Since it falls to north-east this year, place a red item such as a floor mat in this part of the home or office to negate the effects this year—after all, nobody’s got time for drama.

Now before you go off and google “Flying Star chart”, here are some things to note. Many sites will tell you that the numbers 1 and 6 are good, positive numbers. But before you start enhancing them, Master Max has a word of caution.

When dealing with the number 1, though it is positive, it is unpredictable. This is because it’s a water element, and can in a sense, go either way. Enhancing it could, in turn, bring about a worse turn of events.

As for the number 6, he warns about the energies of this number clashing with that of the number 7, which could bring about major issues and even surgery.

Shake off the old and embrace the new, new year with these Feng Shui tips this 4 February 2018. And who knows? Maybe you won’t lose all your Hong Bao on Black Jack this year.

To learn more about Master Max Liang and his services, check out his website.