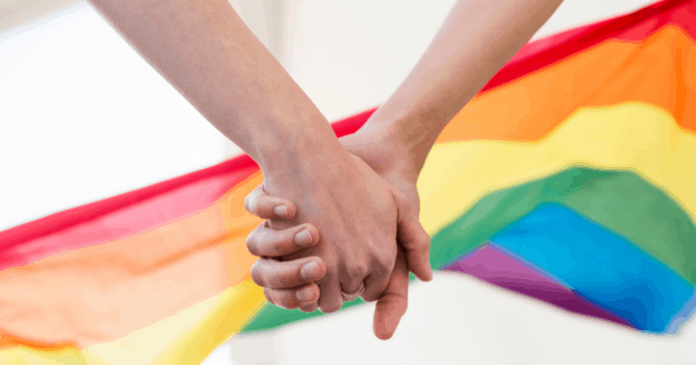 Over the last few years, there has been an unmistakable increase in awareness regarding the LGBTQ+ community in Singapore.

With an ever-growing crowd attending Pink Dot, a pride parade that happens annually, supporters have been extremely vocal with their support and encouragement towards this community.

However, is this support enough?

Despite the tremendous support this community has seen, there is still a lack of information regarding the different identities within this community, apart from lesbians, gays, and bisexuals. This has also led to a lack of understanding towards individuals who identify themselves as transgender, however, do not see themselves as part of the LGBTQ+ community.

More importantly, there is a lack of understanding regarding the importance of not misgendering and using the proper pronouns when addressing these individuals.

I wanted to shed some light on the experiences of the local transgender community so I spoke to Luke and Atiq, to find out more about how it was for them growing up in Singapore as a transgender.

What Does “Transgender” Mean? 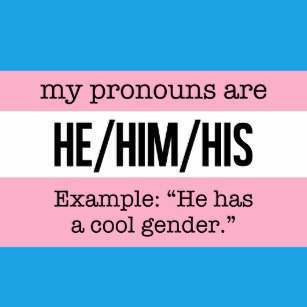 If you are still unsure about the definition of transgender, here is a brief explanation.

Simply put, a person who states that they are transgender is someone whose gender identity does not match the biological sex that they were assigned to at birth.

A transgender person could be someone who was assigned male or female at birth, however, upon growing up, realised that they do not identify with the gender that is associated with their assigned sex.

Additionally, a transgender individual could also identify as straight, gay, lesbian, bisexual, pansexual or any other term they find suitable to describe their sexual identity.

I spoke to 23-years-old Luke, who spent most of his childhood as a tomboy and eventually realised that he was not fond of being associated with anything ‘too feminine’.

He first came out as transgender to his close friends as he knew that they would wholeheartedly accept him for who he was. He also received tremendous support from both his aunt and sister, who are both a part of the LGBTQ+ community.

“Coming out to my parents was trickier. My mom was pretty upset about it but she’s been very open and honest about trying to understand and reassures me that she still loves me nonetheless,” Luke adds.

I spoke to 27-years-old Atiq, who shares that he experienced dysphoria from having been made to wear dresses growing up despite preferring to be dressed in ‘boy clothes’. As a result, he started to identify as a butch.

However, when Atiq turned 17, he learnt of the term “transgender” and resonated with it strongly. 6 years later, at the age of 23, he started his transitioning journey.

“I started physically transitioning and then informed my mother about it in an email. Over the years I’ve been presenting myself at family gatherings in male clothes, still getting misgendered, but otherwise acclimating everyone else to my current presentation.” He explains.

Due to the gender dysphoria that a large number of transgender individuals suffer from, a transgender person can choose to undergo the process of transitioning (either from male-to-female or from female-to-male).

Gender dysphoria occurs when their bodies do not match the gender that they identify with. Therefore, this process is incredibly important as it allows them to feel comfortable in their bodies.

The process of transitioning includes presenting themselves as their identified gender. It could also include having to take hormone shots regularly and in some cases, gender reassignment surgery.

However, this might not be the case for every transgender individual.

Some choose to present themselves as their identified gender without undergoing medical transitioning. This, of course, does not make them any less transgender.

Difficulty Of Transitioning And Living As A Trans Person In Singapore

“I get a lot of anxiety about doing anything that would involve providing details on my IC or birth certificate because that’s the first thing that would out me. I’ve gotten questions like ‘so are you actually a boy or a girl?’ and weird stares at the gym or in the toilet, but I still consider myself lucky that I have not experienced any direct confrontation” said Luke, who started his transition journey last November.

Atiq, who has also experienced having to explain the gender marker on his NRIC, mentions having to navigate awkward questions about national service as well.

When asked if he felt that Singapore was a safe place for trans individuals, he said no.

“When you have the requirement for changing something as small and yet as major as a gender marker on our IDs as us having to go under the knife and spend a ridiculous amount of money, no.”

Being Subject To Public Judgement

Luke, however, seemed more hopeful. He mentions that he considers himself lucky, having never experienced any sort of violence or physical confrontation.

“I think a lot of people, in general, are also afraid to do anything too physical or serious because of how strict the laws are, but I do know that it does happen still. A lot of the abuse or mistreatment from the general public is usually more insidious. People have been rejected from jobs because they are trans. There have been complaints about trans people ‘using the wrong toilets’. Singapore, in general, is still majorly populated by a lot of people who subscribe to conservative Asian values, and as such a lot of people still aren’t open-minded enough to accept trans individuals or the LGBTQ+ community,” he explains.

Seeking Acceptance In A Conservative Society

Despite the tremendous support the transgender and LGBTQ+ community has seen, a number of them still face difficulties when it comes to feeling accepted by a conservative society, such as Singapore’s.

Having grown up Catholic, Luke remembers being told that “being gay was wrong, but being trans and ‘mutilating the body that God gave you’ was so much worse”. He also mentioned having some religious friends who have attempted to get him to talk to their church leaders regarding his struggles.

“My parents still make me go to church pretty often so I usually just use that to fend them off. I consider myself spiritual but not necessarily religious,” he adds.

Atiq shares the same consensus on this topic and explains, “the pushback from the conservatives has only gotten stronger. Not to mention the widespread support that conversion therapy places have gotten, in the guise of ‘saving’ misguided LGBTQ+ folks.”

Lack Of Education And LGBTQ+ Resources

Singapore seems to lack a mode of educating its people regarding the LGBTQ+ community. Those who are in search of information would have to search for appropriate resources on their own. For most LGBTQ+ individuals and their allies, this usually means having to rely on the internet for information.

“Everything I’ve learned about being LGBTQ+, apart from things I’ve asked other individuals here, I learned from sources outside of Singapore. Education and exposure are important because a lot of people who don’t accept the community do it out of a place of ignorance,” Luke mentions.

He adds that he is hopeful that this might change, however, he doesn’t foresee that happening in the near future.

“In their own ways, young LGBTQ+ individuals are doing their part to get their stories out there and various LGBTQ+ organisations in Singapore are trying to get more people involved and educated little by little,” he adds.

The Importance Of Support And Community

Both Luke and Atiq agreed that it is incredibly important to have a good support system. They also mentioned the importance of remembering that you are never alone.

“We’re not exactly allowed to be too out, proud, and visible, but there are others like you, and you might have to do a little more work to seek them out,” said Luke.

He adds that having a community and knowing that there have been others who have undergone similar situations who are currently surviving and thriving is incredibly important.

Atiq, who has moved out of his family home after coming out as transgender to his friends and family, adds the importance of having money saved.

“Have money put aside and have a space you can run to and live in for the meantime. Build yourself up to be self-sufficient before doing anything else.” He adds.

Staying True To Yourself

When asked if there was anything they would have told their younger selves, Luke said: “Being trans is not wrong. God loves you regardless. I wish I could have realised this earlier so I could have started my transition sooner.”

As for Atiq, he says: “You’re valid. Your want and need for acceptance and love are human and normal. Never let that stop you from becoming your most authentic self.”