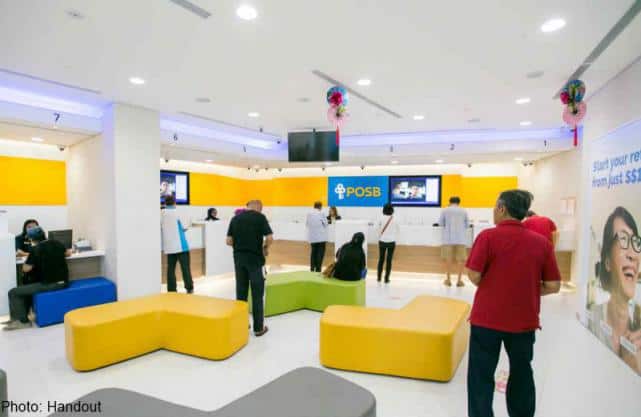 Every business worth its salt knows the importance of customer service, especially when it comes to answering queries. But there’s only so many customer service officers a business can employ, and they mostly work office hours anyway.

And I don’t know about you, but I find going through the call process – with the various numbers to press – just to talk to an officer so annoying.

So when POSB recently announced it’s launched a chatbot for its Facebook Messenger, I was quite excited by the prospect of around-the-clock customer service. Granted, it’s not every day I have questions to ask, but I liked the idea of a more convenient way to get answers without calling the hotline or browsing the website.

Chatbots are nothing new; it’s an artificial intelligence software that has been around for a while now, designed to stimulate conversations with people. Apple’s Siri is perhaps the most well-known example.

We’re living in a time where conversations happen over instant messaging apps like Whatsapp, Wechat or Facebook Messenger. And since Facebook is a platform for both individuals and businesses, it has realized the potential for allowing chatbot on its messaging platform.

Since this initiative was launched last year, many international businesses have worked on introducing chatbots, such as Uber, Pizza Hut and Tommy Hilfiger. In Singapore, POSB becomes the first bank in Singapore to release a chatbot.

The process is fairly simple. Just launch your Facebook Messenger app, whether on the web or via your phone. Then initiate a conversation by searching for POSB. 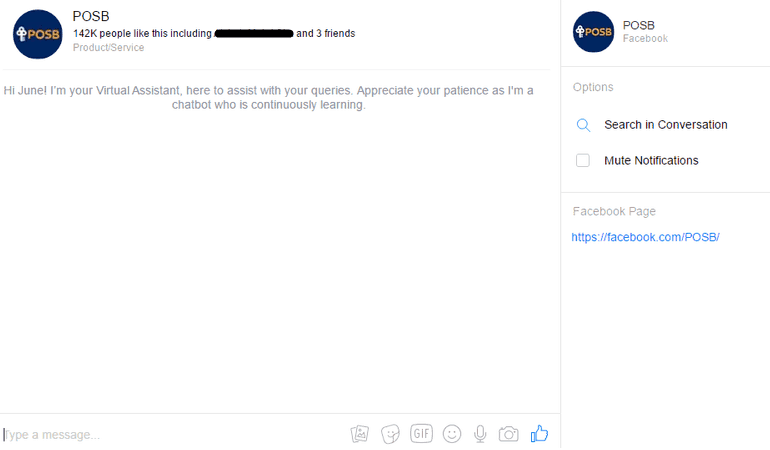 So go ahead and ask your question, like I did here: 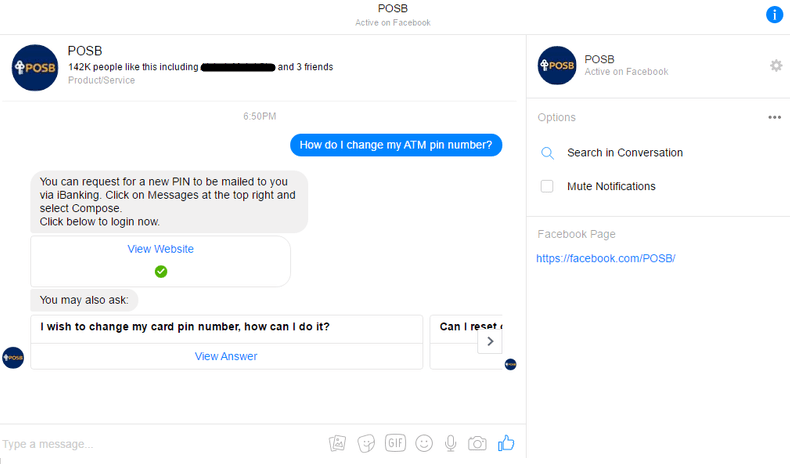 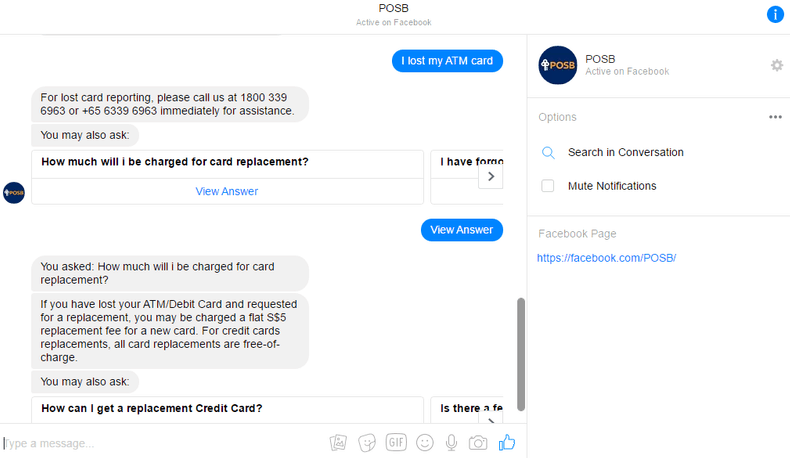 As you can see, the bot provides quick answers and it even shows you related queries.

Do note, however, the bot is only good for general questions. When I asked about bank balance, it was unable to help. Some questions, like finding nearest ATM, will require you to click on a link. 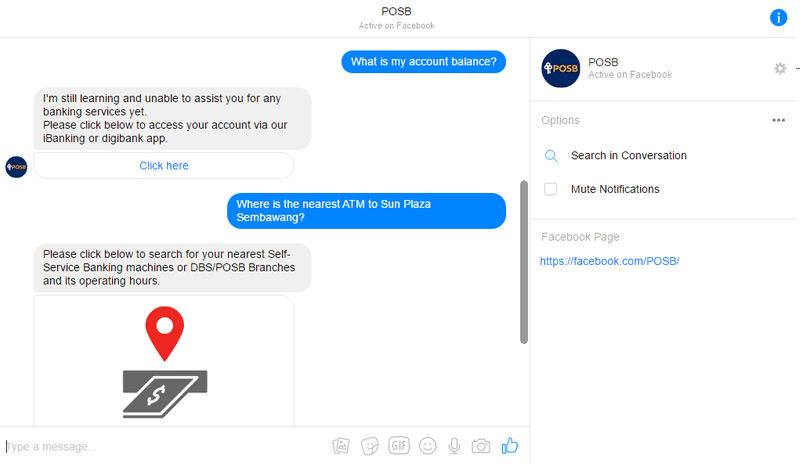 But POSB said that they will continuously work on improving the bot. It has even announced that the chatbot will be handling banking transactions such as bank transfers and card payments in the near future.

Personally, I think POSB’s chatbot is good enough in answering basic queries. However, I’m not quite comfortable with the idea of dealing with the bot for banking transactions. Since it’s on Facebook, issues like secure encryption and data protection will have to be addressed with extra care.

Also, I’m currently using the DBS digibank app. Hence, I see no reason to switch to the chatbot messenger as the app is secure and easy to use.

Regardless of what chatbots can actually do, I believe businesses should consider building one for their Facebook Messenger. At the very least, the idea of 24/7 customer service answering common questions would encourage brand loyalty or allow your customers to think favourably of the brand because they have taken the initiative to provide better customer support.