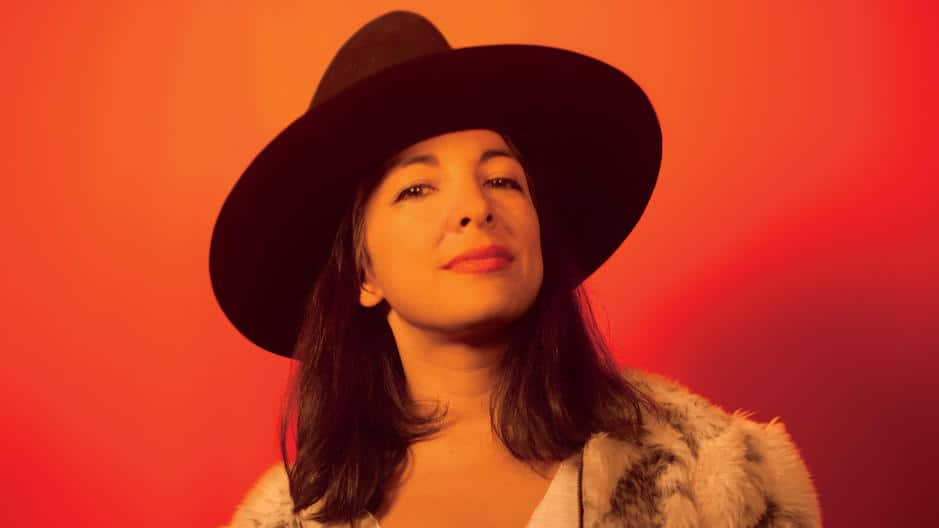 It’s hard enough trying to convince a room full of men to invest in feminine hygiene products, but She-EO and co-founder of Thinx Miki Agrawal managed to make millions of dollars in revenue and even gave back to the society by helping the needy.

Thinx is an American company that makes reusable underwear that can be worn during menstruation as a substitute or a supplement to traditional women’s hygiene products like pads or tampons. Yes, you can bleed into your underwear and it doesn’t stain. Thinx made it work, period. (pun intended).

Despite challenges faced as a female entrepreneur,  Agrawal’s company has been fast-growing and has been hailed as one of the ‘most innovative of 2017’. Their line of period underwear, marketed as ‘patriarchy proof’, has reached tens of millions of dollars in revenue in 2016. She managed to succeed in the multi-faceted parts of propelling her New York-based startup.

One of Agrawal’s challenges was to convince women themselves to ditch traditional female hygiene products for reusable — hence sustainable — underwear. This means entirely changing the way women view periods: Can they be convinced to be comfortable enough to bleed into their underwear?

An article on Bloomberg’s latest episode on its technology video series about startups, Ventures, talks about her tough road to raising venture capital. In 2013 and 2014, Agrawal tried pitching room after room of mostly male VCs, who squirmed at the thought of period blood. Convincing a bunch of men that there was money to be made in this entrepreneurship was a tough battle.

Thinx had to find backers on Kickstarter and Indiegogo. Later, it raised a small amount from investors.

If women can’t be convinced to overcome time-of-the-month taboos, how would men? She needed clever marketing and a solid product.

According to Mic, former professional soccer player Agrawal was perplexed as to why there was a lack of innovation for female hygiene products.

She said, “I discovered it was a $19-billion industry, and there had only been three innovations in the entire 20th century: tampons, pads and menstrual cups.

“Why? Why in a product that women require their whole lives?”

They then invented Thinx panties that are moisture-wicking, anti-microbial, absorbent and leak-resistant. Translation: Washable, leak-proof underwear that fights bacteria and can hold up to two tampons’ worth of blood while keeping the wearer feeling dry.

Agrawal told Forbes, “I want to change the culture around women’s most normal time of month – and not while wearing grandma panties or pads that feel like a diaper.”

Those women who made the brave leap to Thinx loved that there was no bulky-shifty pad feeling, and that it was a great embarrassment prevention for those ‘surprise!’ moments.

Thinx’s ads involve cheeky language and are minimalist with striking imagery. Some examples include featuring halved ruby grapefruits and dripping raw eggs. Others show models like a trans man in their boy shorts.

Their ‘sport’ underwear design was also printed with the tagline, “Real Menstruating Human”. All to drill in that periods are natural part of life and should not be seen as something ‘dirty’.

Despite the efforts, Thinx’s ads were criticised to be “too lewd” for New York City’s subway, according to Slate, regardless that people don’t bat an eye about bikini ads and half-naked models. Outfront Media said the models were showing “a bit too much skin” and that the grapefruits “seemed inappropriate”.

Agrawal said she suspects that the double standard might have something to do with the fact that all of Outfront’s sales representatives and five of seven members of its leadership team are men. When she protested, she was told not to make it a “woman’s issue”.

How did Thinx get to where it is then?

According to Fast Company, it was the mixture of high-tech merchandise, considered design, and a rule-breaking philosophy that propelled Thinx’s success.

Besides the attention-grabbing ads, last September, Agrawal staged an event where models in Thinx delivered monologues about oppression.

Thinx was not the first period-proof underwear, there have been Sexy Period and others before them but none took off, which Sexy Period founder Julie Sygiel attributed to ‘uncool’ marketing.

When Agrawal founded Thinx, she wanted her business to have value.

According to Mic, Agrawal was on a trip to South Africa for the soccer World Cup, Agrawal when she discovered that 500 million women globally had a lack of access to menstrual hygiene products.

She said that 100 million girls were missing a week of school because of their periods.

Thinx then partnered with a Uganda company that was already making reusable pads, called Afripads, rather than upsetting the local economy. For every pair of Thinx underwear sold, the company donates funds to make a pack of reusable menstrual pads that can last about a year.

Afripads can afford to sell it cheaply to locals because Thinx absorbs the cost of making the pads. Thus, making feminine hygiene products more accessible, helping tens of thousands of girls to go back to school.

When the company started working with Thinx, Afripads had 25 employees. Now it has 175 employees. Like Toms’ one-for-one model, these social entrepreneurs prove giving back doesn’t have to affect their bottom lines.

Last year, Agrawal introduced Icon, an underwear that addressed involuntary urination, and Tushy, a bidet attachment. The company is now creating a line of reusable tampon applicators and athletic clothes that incorporate its moisture-wicking technology.