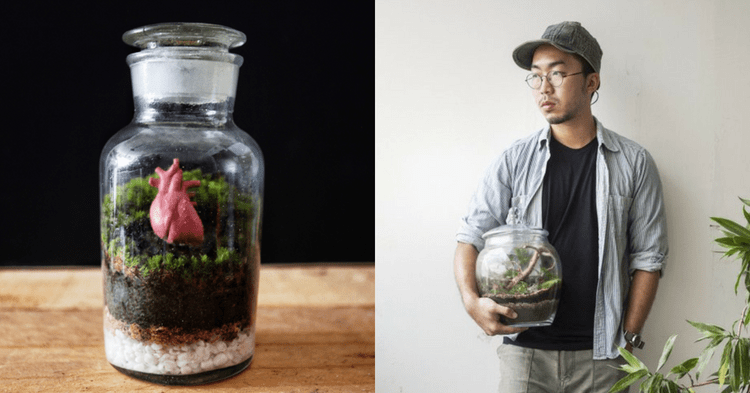 I was first acquainted with the mossingarden project when I saw them being featured at The Best Of You exhibition a few years ago. At the time, I wasn’t drawn per se to the nature of the project itself – instead, mossingarden left a prominent impression in my mind, because the hammock at their exhibition space appealed both to children and adults alike!

It was only after the event that I Googled to find out more in order to satisfy my curiosity.

Mossingarden is run by Charles Loh, and involves the creation and sale of terrariums – sealable glass containers designed to hold small plants in controlled conditions, often used for decorative or ornamental purposes. 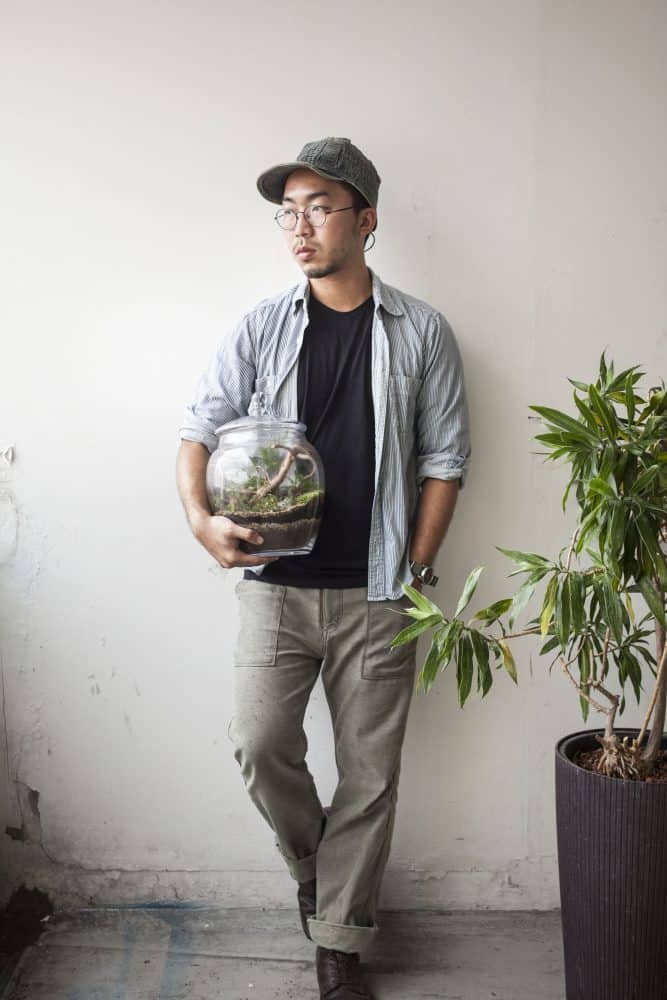 A quick glimpse at its website describes the origins of Mossingarden as such: “MOSSINGARDEN spored from the love of Mother Nature of a true-blue urbanite. Seeing that we sometimes unknowingly brush aside the innate need to connect with nature, MOSSINGARDEN hopes to instill a balance of nature and beauty within the everyday concrete spaces we’re surrounded by.”

Most of Charles’ projects are inspired by botanicals, and mainly use moss as part of their materials.

For Charles, Mossingarden, or moss-in-garden, “sounds simple and makes it easy for people to remember.” In addition, the name also relates to mossing – chilling – which Charles feels “fits the brand perfectly,” since the idea behind the brand is to “use plants and nature as an inspiration to slow down.” 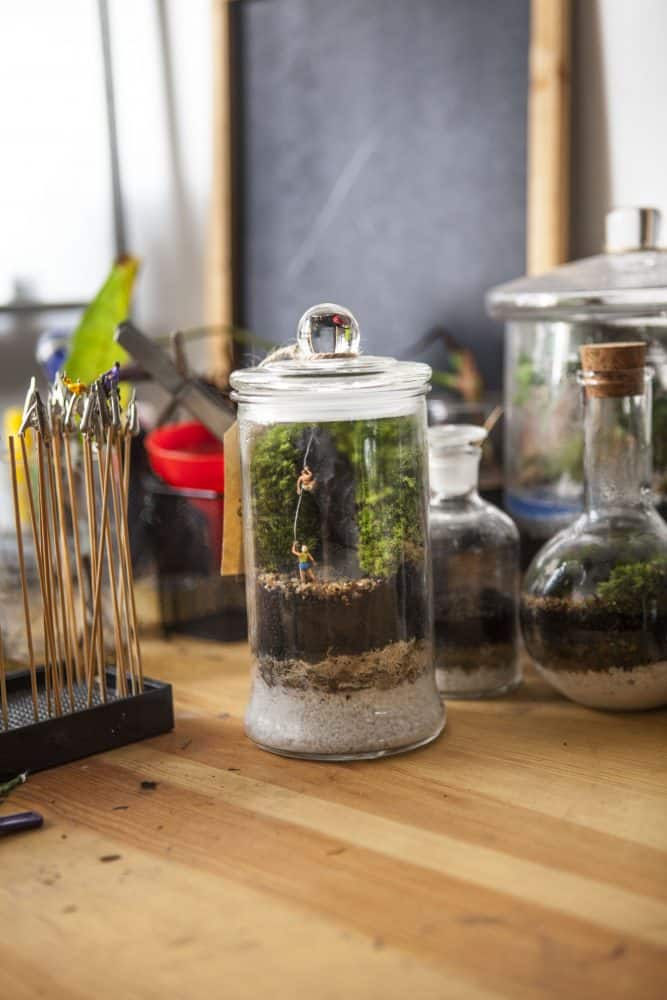 Charles’ interest in creating terrariums began a few years ago as a hobby – he started out doing aquascaping as a side project. Following this, he decided to create some easy maintenance plants to bring back indoors – with a little storytelling value in each jar – and his terrarium-creating hobby was born.

He draws inspiration for his terrariums from nature, and often takes ideas from the sceneries and landscapes around us.

As someone who has never made my own terrarium, I’m curious to know what the process of making a terrarium is like – Charles tells me that the time taken to create a terrarium “really depends.”

“Sometimes I would source for certain jars – especially vintage one-of-a-kind type of jars –before I will start (creating a terrarium). It may take a short while to (create the terrarium), but to acclimatise it before putting it onto the shelf would take weeks.”

Nonetheless, Charles enjoys creating terrariums because it enables him to explore a different mode of storytelling and in a way encapsulate and translate his customer’s story into a jar.

“It (gives me) a sense of joy when they receive it, and in a way (it becomes) part of them,” he says. 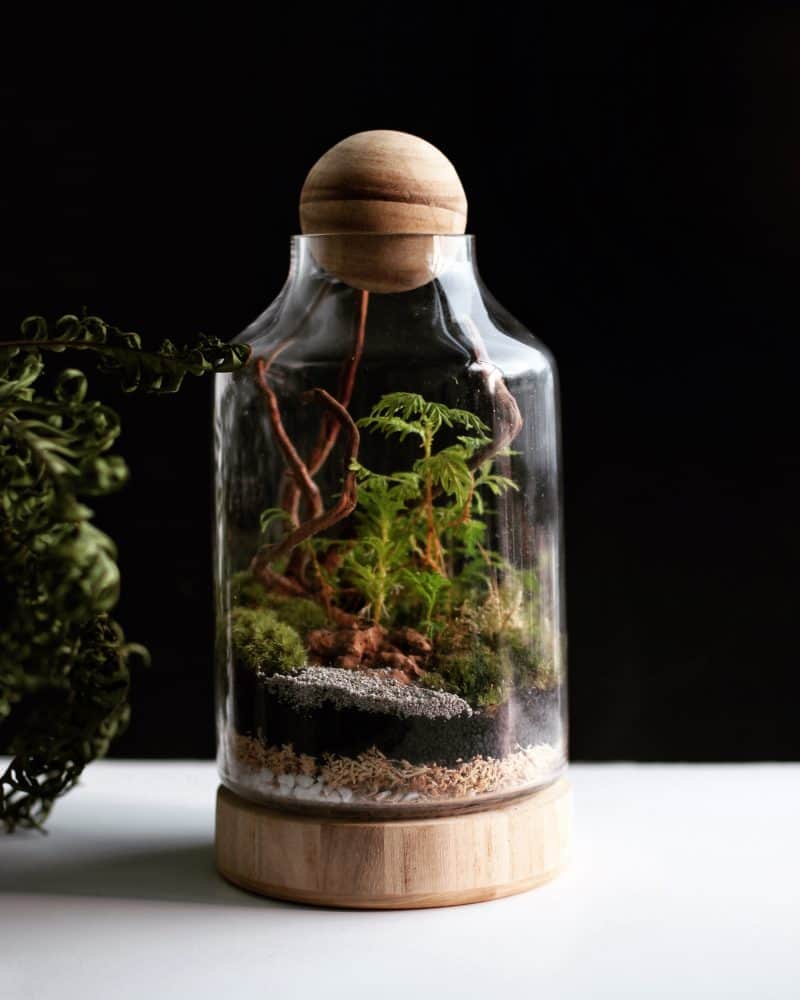 However, running Mossingarden comes with its own challenges, and Charles cites justifying the price of a terrarium as one of them.

“It may (require an understanding of the terrarium making process) to justify the price, but behind a jar is a long process of brainstorming, sourcing (for items), selecting (them) and time taken to create (the terrariums),” he says.

In addition, he cites a common misconception people have of terrariums, where they think that because terrariums are plants, they need to be watered daily and put under direct sun. 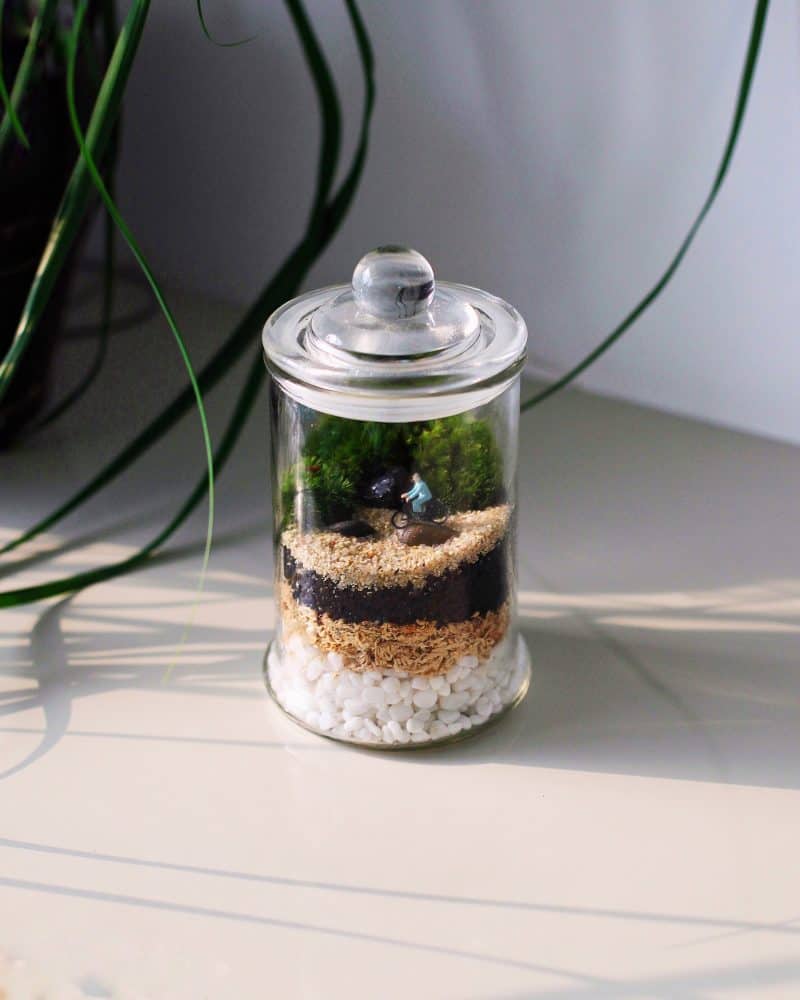 This, however, is not always true.

“I would say (it) depends on the type of plants.  (For) succulents and air plants; yes, but for some (other plants), it would be preferable to store them indoor(s) in a cooler environment,” he explains.

Despite this, the project has grown quickly since day one – Mossingarden now boasts a following of 32.1K on Instagram. Charles tells me about how this has brought about a shift in his focus when it comes to the brand.

“At the start it was all about art and piecing them together; right now it is more about education and research, studying more about the plants so as to showcase the plants in a better form.”

“Instead of (creating) just terrariums, I would want to transform them in a bigger scale installation,” he shares.

You can feast your eyes on the mossingarden Instagram account, which boasts a following of 32k, here.