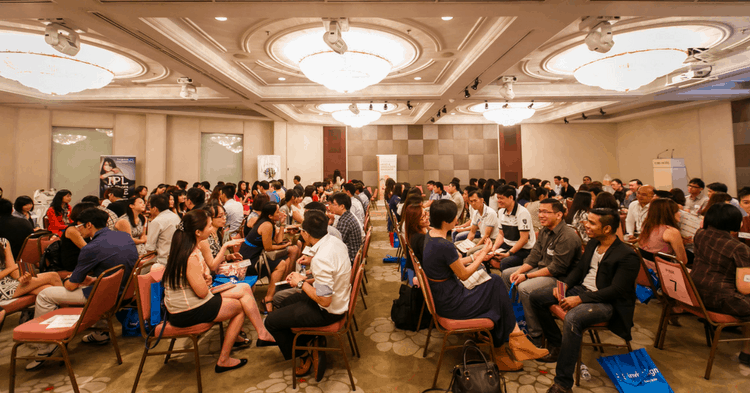 It’s another Friday evening – my girlfriends and I meet for drinks after what feels like another endless week of deadlines and the routine conversation topics go as such: work, the latest gossip, and the demise of another Tinder “relationship”.

I’m only able to chime in with a, “Have you tried Coffee Meets Bagel? 4 of my friends met their girlfriends on it.” At this point, I feel like dating is more of a game of Russian Roulette but like my mother always said, “you’ve got to kiss a few frogs before you meet your prince.”

But here’s the thing—most of us don’t have the time, urgency or patience for this whole seeking a soulmate deal. And the even harsher truth may be that we can’t sit around and wait for a kismet meeting at a mutual friend’s social gathering to bump into the person of our dreams. 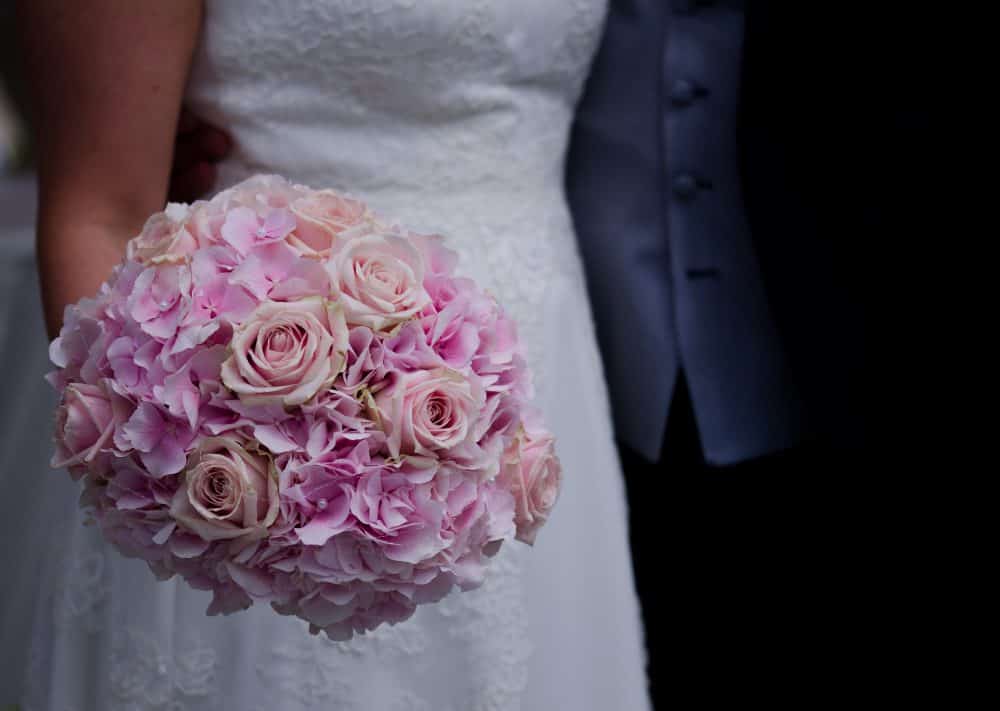 To figure out the whys and hows of the local dating scene, I sit down with Michelle Goh, the founder of CompleteMe, a Social Development Network (SDN) accredited dating agency to better understand what it takes to find “the one”.

Finding Herself A Spouse

In 2007, Michelle found her social circle a little ‘lacking’.

With most of her friends married or attached, meeting a potential partner didn’t seem to be in the cards. With that in mind, she made the decision to take her dating life into her own hands. Without the assistance of Tinder or Paktor, she started a Facebook group to expand her social circle.

“People started suggesting I organise events, so whatever I fancied that week, cause I’m single and available what, I’ll just post: ‘oh I wanna try this buffet’, and see who wants to come. From there, the group grew”, Michelle shared.

After running the group for a while, Michelle met her husband who was, ironically – not within the group.

They dated, got married and Michelle found her happily ever after.

With that, Michelle decided she wanted to close the group; simply because it had served its purpose and enlarged her social circle.

But when she announced the group’s impending closure, there was an influx of overwhelming responses from the group members: “We don’t care that you’re married—we’re not. You gotta help us still!”

“My husband saw all these comments and suggested we keep the group going and organise events once a month” Michelle recalls. “We maintained it as that until I had my baby boy, which was when I decided to leave my job so I could take part in his formative years.”

With her newfound freedom and her husband’s encouragement, she went on to explore what could be developed from the group, and CompleteMe was officially born.

The Stigma Behind Dating Agencies

Despite the positive responses she’s gotten over the years, Michelle still feels that a large social stigma exists towards dating agencies in Singapore. 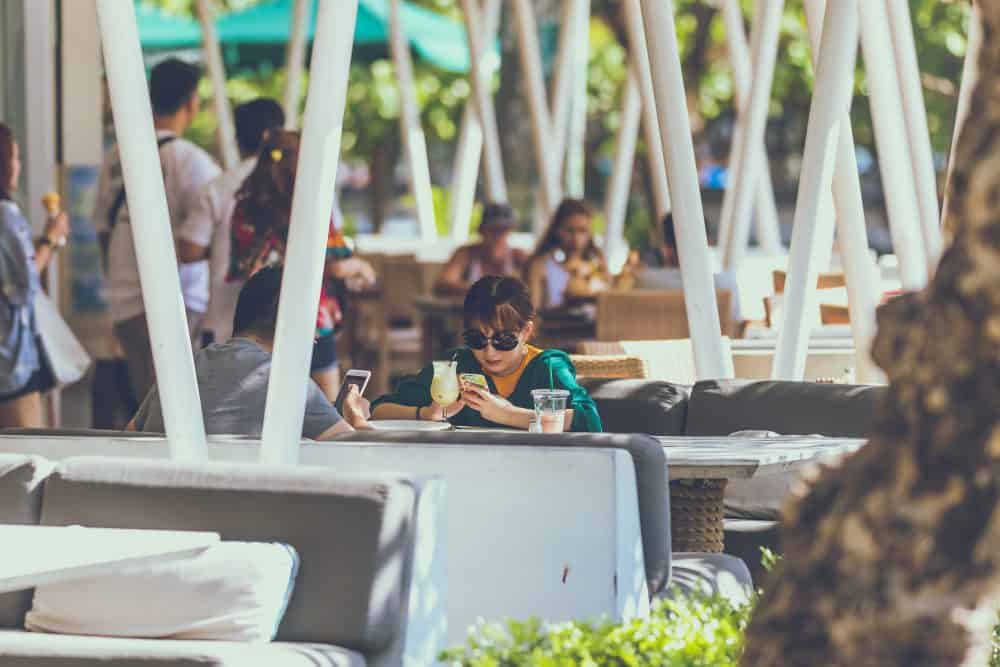 “Somehow, people still look at it as though those who need dating agencies ‘cannot make it’. But there’s an increasing number of people who genuinely want to expand their social circle,” Michelle explains.

In typical go-getter fashion, Michelle faces the stigma head-on by making organised dating a more typical human experience. “I try to educate people through different media and activities. Though we usually specialise in speed dating events, we also organise other sorts of activities like KTV.”

In the coming month, Michelle is gearing up for an event she calls “love on air, land and sea”. Air is represented by a cable car that’s topped off with watching the sunset. Land by enjoying gourmet bars and sea by going on a Kelong.

“It’s interesting,” Michelle elaborates, “people in their 20’s prefer activity based events, but for the people in their 30’s they want to settle down so they rather go for speed dating because they believe in communication more.”

“We specialise in speed dating quite a bit because we believe in communication. The thing is, if you go for very activity based things, you’ll be more focused on the activity and less on the communication, so most of my ‘successful’ cases are from speed dating events.”

Getting Down To Dating

As someone who’s watched her fair share of reality dating TV shows, the term “speed dating” gives me flashbacks of cringe-worthy conversation flops. But if love is a battlefield, there’s no use avoiding getting down and dirty.

While there’s no point beating around the bush, it doesn’t necessarily mean it’s best to walk into a situation blindfolded. “First impressions count quite a fair bit so you have to really dress to kill in a way,” Michelle points out.

But killer looks aren’t all you’ll need to meet your match. For the guys, Michelle suggests portraying a mature and demure image, while still being quite confident and outspoken. As for the ladies, she suggests carrying yourself well while being able to articulate your thoughts.

So with everything laid out on the table, why is it that the number of singles in Singapore has remained consistently on the rise?

“As compared to our parents’ time, they started working much earlier, whereas for us, we typically go through quite a good tertiary education so, by the time we start working and saving money for everything, it’s much later.”

“Because we’ve had this good education, a lot of us don’t want to be tied down by a family first,” she continues. “It’s like the world is so big, why would I want to settle down so early?”

It’s not that I don’t agree or understand the sentiment, but the thing I can’t understand is why so many singles, despite expressing interest in settling down, haven’t taken the step to date seriously. In 2017, Channel News Asia reported that amongst a poll of singles aged 21 to 45, nearly half of the respondents have never dated seriously, despite expressing interest in marrying. 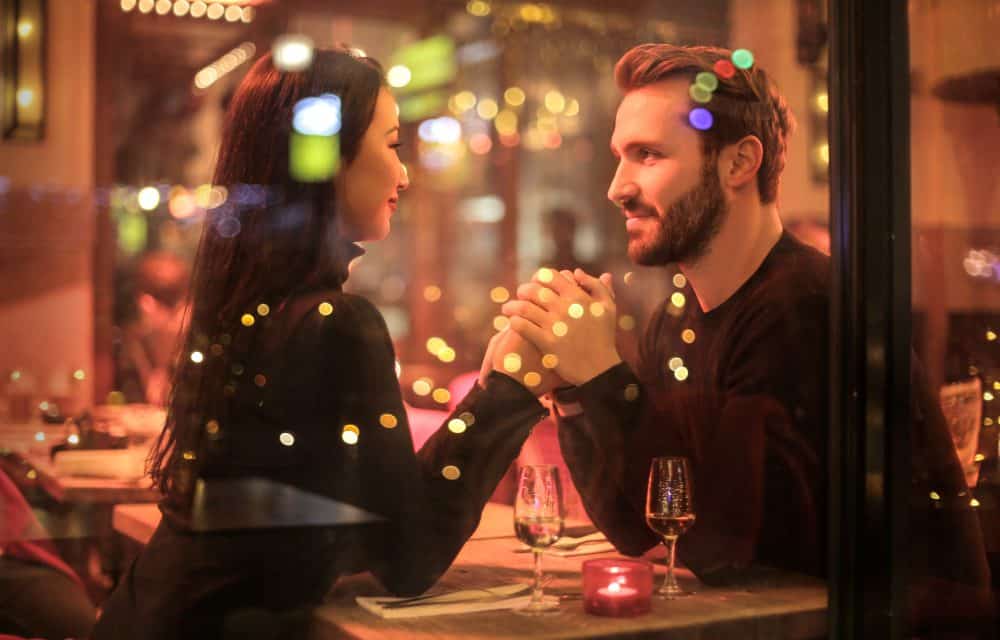 Michelle responds candidly, expressing how surprised she was when she’d discovered first hand how few have been in serious relationships. “In our society ‘dating’ was never really in our dictionary” she comments.

“We were drilled to study all the way till we get to the workforce then our parents tell us to get a good job or good pay but they don’t drill you about marriage or relationships up until you hit the later ages.”

“There are courses for soft skills and socialising but that doesn’t mean many people attend them,” she laments. “For a lot of people these soft skills are applied in professional settings, but there’s nothing to deal with our personal life and dealing with people we’re interested in. A lot of times many don’t know where to start.” 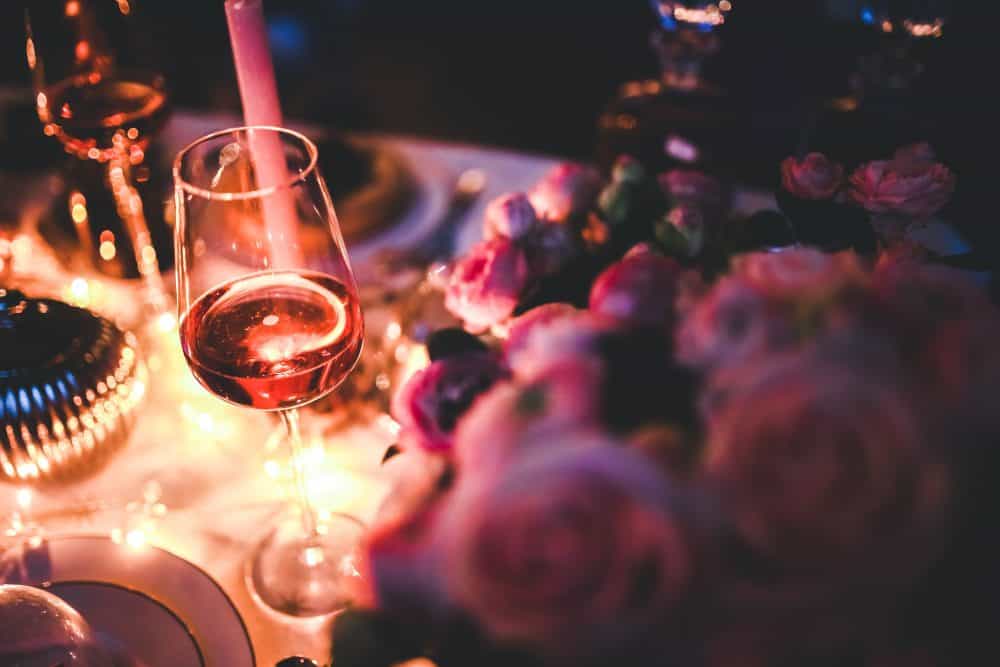 To counter this, Michelle organises workshops for singles who are looking to up their social game, because let’s face it, carrying an engaging conversation isn’t as simple we hope. And though the response for these workshops aren’t as overwhelming as Michelle would like, it’s comforting for Michelle to see respondents come back with a more open mind.

“It’s a matter of, ‘you don’t know what you don’t know until you find out’. After they come for the workshops they say they’d wish they’d known earlier” she states frankly. She goes on to share a helpful anecdote that she’s also shared with others who’ve consulted with her. 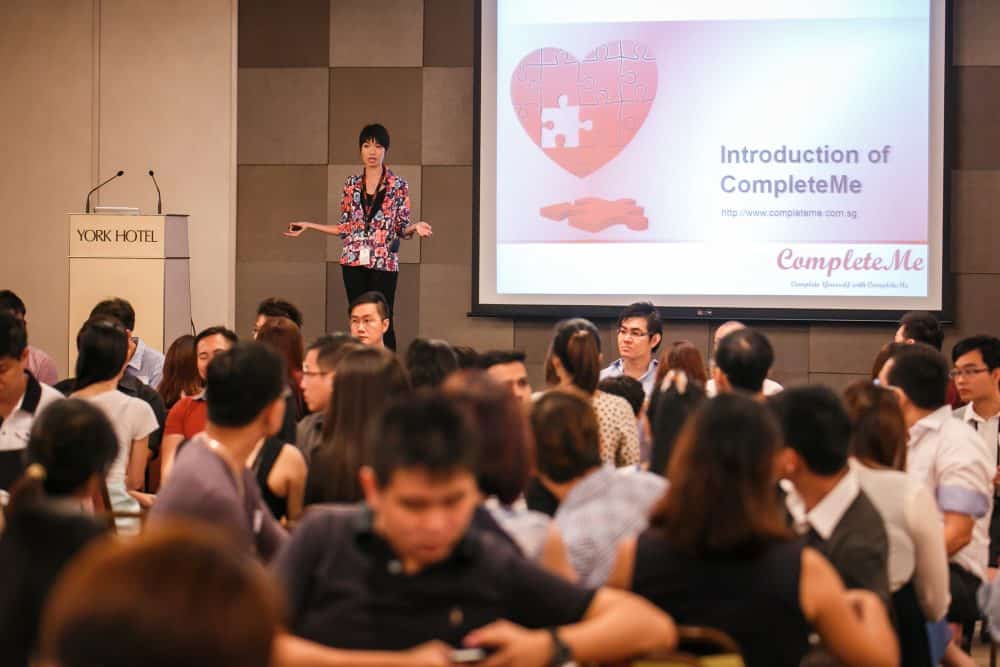 “So this guy introduced himself by saying ‘I’m an engineer’. When the girl responded by asking him about his hobbies, he replied: sleeping” she laughs. “The girl was shocked, and not knowing how to reply she went ‘oh…interesting’ to which he snapped at her and went ‘what’s so interesting about sleeping?’”

Michelle uses this as an example of how to turn a conversation around, as difficult as it may be to communicate with the other person.

“Instead of going on about his sleeping hobby, which would be weird however you try to approach it, you can use the 5-W-1-H (who, what where, when, why, how) approach and ask about being an engineer, so you get the other person to talk about what they like or are familiar with” she illustrates.

“For a lot of people, the pitfall comes when they have to talk about a subject that they’re not familiar with and they don’t know how to elaborate. So they just try frantically to jump from to topic till they land on one they know how to talk about. Instead, for every sentence the other person says, ask yourself what 5-W-1-H can be applied here?”

Walking away from this interview with Michelle, I felt like I’d seen a side of ‘organised’ dating that myself and many of my peers have dismissed (and still do). Not wanting to seem like we’re romantically challenged may be one concern, but seeming like a single desperately seeking a partner is something we all try to avoid.

I’ve heard the ‘leave it to fate’ argument many times, and while I don’t disagree with that notion entirely, perhaps we’ve all been looking at our love lives with too many self-imposed rules. 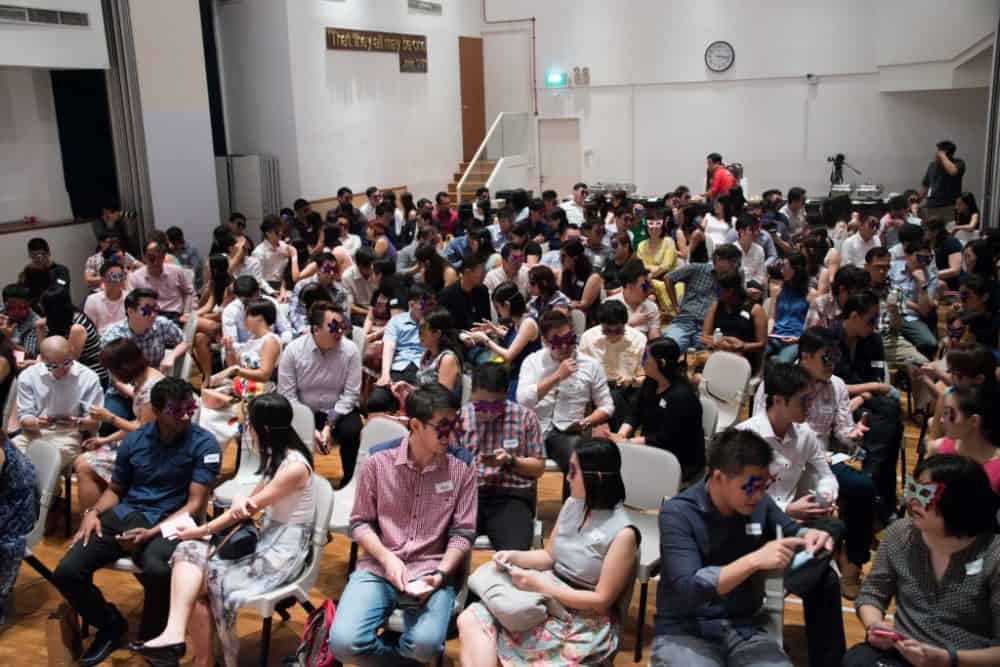 “Don’t put too much pressure on yourself,” Michelle advises. “Just take it as a socialising session or a shortcut to making more friends. I mean after one date it’s not like you’re going to start planning to have children together you know what I mean?”

I laugh and we nod in agreement. But I still wonder, what about the die-hard believers of soulmates and ‘fated’ meetings? Michelle’s honest response is refreshing, almost catching me off guard.

“Look, mister right isn’t just going to come knocking at your door, you’ve got to be out there doing something as well,” she says firmly.

“Even for a dating event, the other person has to sign up, your schedules have to compliment each other and the activity has to have interested both of you, so isn’t it also ‘fated’ that the two of you would meet here?”

With that, it would seem we’re out of excuses, aren’t we? If we’d pursue our education and careers with unabashed determination, then it’s about time we stop playing it cool and casual with our personal lives.

To give fate the nudge in the right direction, check out CompleteMe’s upcoming events or get in touch with Michelle for some one-on-one consultations. Visit their website and Facebook page for more details.