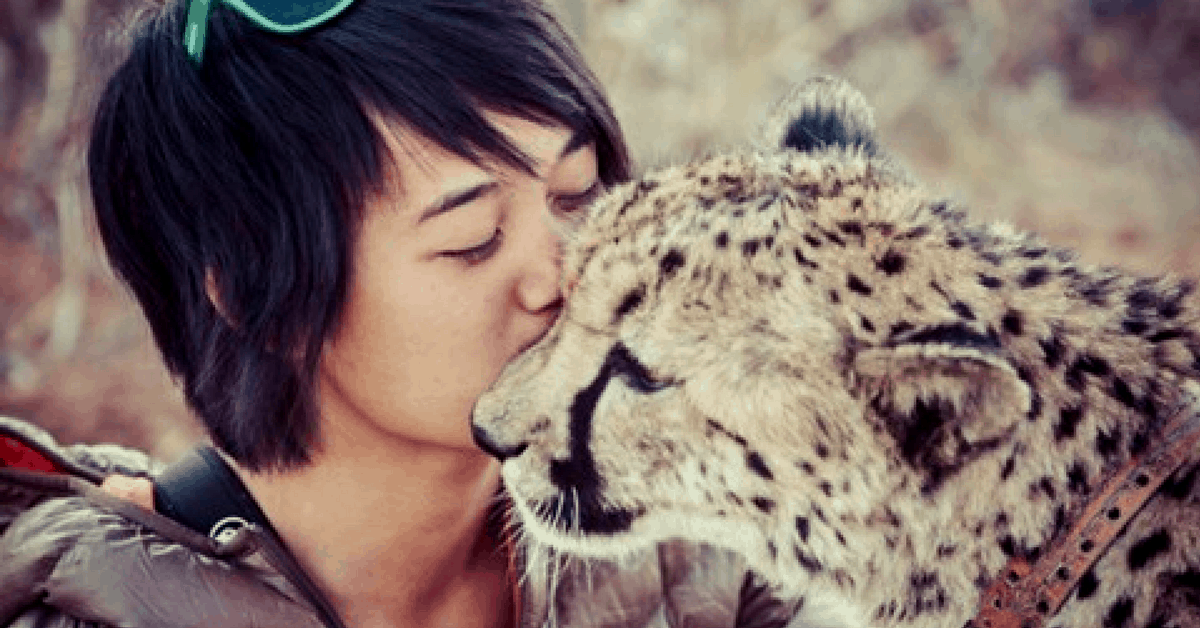 If someone had asked me 16 years ago as a child if I would ever camp in Alaska just to look for Grizzly bears, I would probably say that it was my grown-up aspiration.

I was living in suburban England, where I played catch in the forests of the school back yard by day and binge-watched Animal Planet by night.

Fast forward 10 years, my family had moved back to Singapore and I was a teenage city girl trying to get through Junior College – my only aspiration was to do well enough to get into University.

Ask me then if I would live in the African desert amongst wildebeest and cheetahs, and I’d probably call them crazy.

What would a petite Asian girl be doing in that part of the world – trying to get eaten?

And yet, I found myself there just two years later – on a three-week research trip, living in a wildlife reserve in Windhoek, Namibia, following two packs of African painted wild dogs at dawn and radio-tracking cheetahs at dusk.

To be able to get up close and personal with wildlife in their natural habitat and witness an open night sky in all its glory for the first time was truly life changing.

Of course, it was not always glamorous. I could only afford to shower once a week and ate out of cans because we did not have the luxury of water or electricity.

Still, these elements added to the whole experience of being out in the wild.

It was in Namibia that I started to see wildlife in a different way than what I was used to, having only seen them in documentaries or textbooks thus far.

Prior to the trip, animals were – to me – just statistics, and clockwork machines that struggle in the survival of the fittest. While that may be true, they are also so much more than that.

They respond and adapt to their environment, which, during the three weeks of being a silent observer – included me in it. That opened my eyes to what a different world it is.

From wildebeest to lions, chimpanzees to mongooses, I saw how their expressions of curiosity and need for affection went beyond that of just survival instincts.

Witnessing some remarkable incidences helped me see that our world and theirs are not that different.

In fact, we share the same world, the same land, the same air and the same water. Our predecessors who lived beyond walls valued this more than us, but that understanding has lost meaning as we have become increasingly isolated from the natural world; forgetting that we too are part and parcel of it.

That was the starting point for me in being a wildlife photographer – to tell the stories of the natural world and how closely it intertwines with ours.

Embarking On A Journey

Since then, I’ve travelled to the Rockies in Canada, rainforests of Nicaragua, glaciers of Alaska, and many other places to capture photographs of wildlife in different landscapes and our treatment of the natural habitats.

I visited National Parks, nature reserves, and places where the land and ecosystems are respected. What I saw astounded me.

Species that were endangered or close to extinction – making a comeback and flourishing.

Such beautiful wildlife and stories do not exist only in faraway land. There are equally amazing stories in our own Little Red Dot.

Singapore has come a long way in carefully curating our urban spaces with softer greenery and waterways to give wildlife a second chance. I am sure that a majority of those who have tried to look for the famous Smooth-coated otters or majestic Oriental-pied hornbills need not try very hard to find them.

These are just two of many local wildlife that have made a comeback, and they are now not isolated just to the reserves.

Make a visit down to Marina Bay in the early morning and you will be able to see a White-bellied sea eagle swooping down for breakfast.

Or make a trip to the Singapore River near the CBD during lunch break and you may catch the Brahminy kite and Peregrine falcon also getting a meal.

Looking back on the memories my camera has brought me the last 4 years, it has been a humbling journey.

But this is only just the beginning.

This is a guest post by Kathleen Yap, a nature photographer based in Singapore. She was a finalist in the National Geographic Photographic Competition 2015, Singapore Garden Photographer of the Year 2017, and has had her works featured in The Daily Bruin, Business Insider, Huffington Post, and Yahoo.