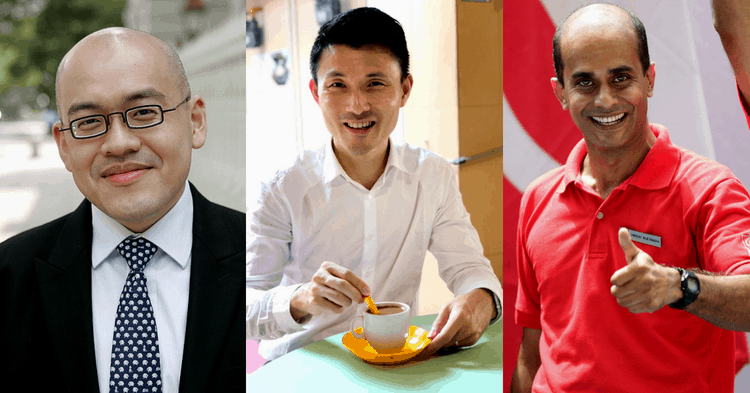 For 9 years, Singaporeans from all walks of life have gathered at Hong Lim Park dressed in pink to peacefully  – and quite delightfully – protest the criminalization of consensual relationships of LGBTQIA+ people, known as penal code 377A.

While it seems that the fight for 377A is far from being over, let’s turn back the clock and have a look at some statements made by 9 politicians regarding LGBTQIA+ Singapore, one for each year LGBTQIA+ Singaporeans have been pursuing and seeking the repeal of 377A.

“But neither, I think, if you ask most Singaporeans, do we want the LGBT (lesbian, gay, bisexual and transgender) community to set the tone for Singapore society. The society is basically a conservative one.”

“It is changing, but it is changing gradually and there are different views, including views especially from the religious groups who push back … It is completely understandable.”

“The majority of Singaporeans want their children to grow up in a traditional environment that espouses healthy and wholesome traditional family values. We do not want the homosexual lifestyle to be promoted or celebrated.”

Now is the time, to turn our backs on prejudice, discrimination, intolerance and hatred.

>Now is the time, for this House, which represents all Singaporeans, to lead by example.”

“Now is the time, to uphold the noble ideals of our founding fathers, ideals upon which our country was founded and which hold our society together. The ideals of a democratic society, based on justice and equality.
The ideal of all persons being equal before the law, and all persons having the equal protection of the law.
Now is the time, to do the right thing and repeal 377A.”

“I would like to appeal to all interest groups and interested individuals to discuss section 377A in a calm and peaceful manner befitting a civil and civilised society.”

“Sir, I would like to reiterate what Dr Balaji said recently, although in another context, and that is, “Whilst we encourage diversity in society, we must not allow divisiveness to cut society into a disintegrated one, especially in a small and open country like Singapore.”. We must strike a balance.”

5. Chee Soon Juan SDP, 2010, email response to a joint letter (in reference to statements on the former SDP website)

“Rather than respond to the questionnaire, the Singapore Democratic Party would like to reiterate its stand:

We support the repeal of Section 377A. We made our stand clear in 2007 here [4] and defended it here [5]. We have embedded in our website the following statement: “As a nation, we must not only show tolerance but also acceptance of our fellow citizens regardless of their race, religion, sexual orientation, or political persuasion.”

“Singapore’s social core values, at this moment, only recognizes family unit with heterosexual relationship. In principle, NSP has to respect such core values held as a society.”

7. The Reform Party, 2010, email response to the same joint letter

“We believe passionately in freedom of expression and association.”

“One of our central tenets is that there should not be any discrimination between individuals based on gender, race, religion, age and sexual orientation.”

“We are committed to working towards the repeal of Section 377A and the decriminalization of homosexuality.”

“Times have changed and our attitudes towards different crimes and their punishments have evolved as well. Should the law reflect the general or popular opinion or should it set up a framework to steer the way of thinking and behaviour of its citizens, residents and visitors?It is clear that we have chosen to take the former approach in this case.”

“Hopefully, the discussion will be ongoing and not just during the next review of the Penal Code. Hopefully, the review will happen earlier rather than another 23 years later. Hopefully, we will move with and not play catching up with the pace of change around the world that is affecting people’s lives.”

“I think the gay community has to rally ourselves. Perhaps one outcome of today’s forum would be, for those of us who are interested, to come together to further consider how we can address the 377 issue as well as further rights issues in relation to gays and lesbians.”

Despite conservative mindsets that still exist, not all hope is lost – Pink dot sees an increase in the number of attendees every year. With an increasingly inclusive society, penal code 377A definitely stands a chance at being repealed.