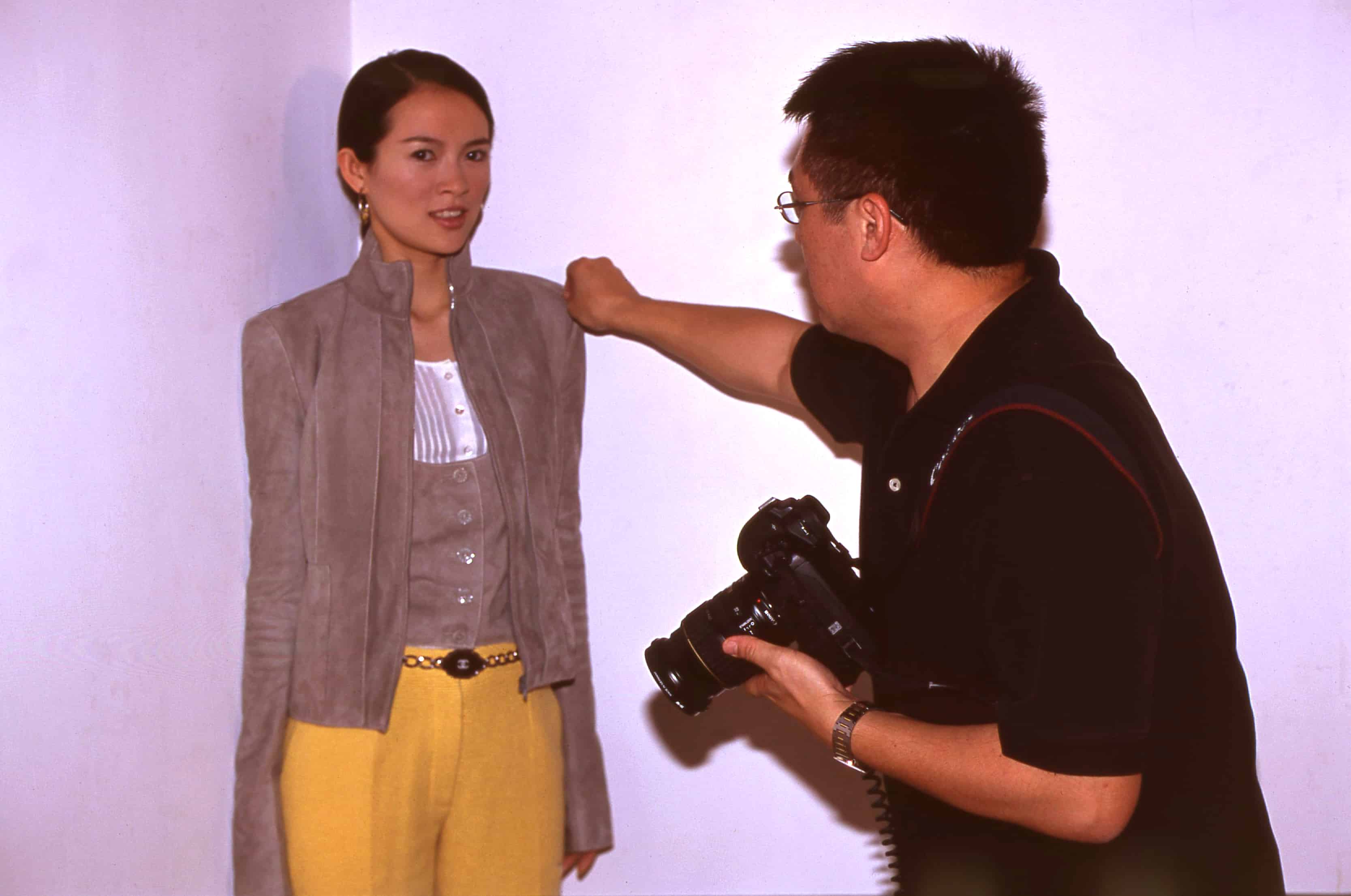 Russel Wong is one of our guest contributors for our photography series, PIXELS. He has worked closely with many celebrities, featuring the likes of Zhang Ziyi, Jackie Chan and Michael Jackson. He shares the stories behind some of his photographs, and provides a glimpse into the lives of these top stars.

I first met this little known 20 year-old actress called Zhang Ziyi in Beijing thanks to Michelle Yeoh and a recommendation from my makeup artist David Song.

David had warned me that she was going to be big, but I’m used to hearing that all the time and didn’t take it that seriously.

Ziyi had only done one small filmwhilst in drama school titled ‘The Road Home’, which was directed by Zhang Yimou in 1998. It was Yimou who told Ang Lee about her when he found her head shot on the top of a pile of talents for a shampoo commercial!

She was rehearsing in 1999 when we met for her upcoming film ‘Crouching Tiger, Hidden Dragon’ directed by Ang Lee, which also starred Chow Yun Fat – and of course, Michelle Yeoh.

She didn’t speak any English but was delighted when I told her in my broken Mandarin that we should shoot when the movie was done. She told me that she was really looking forward to it. 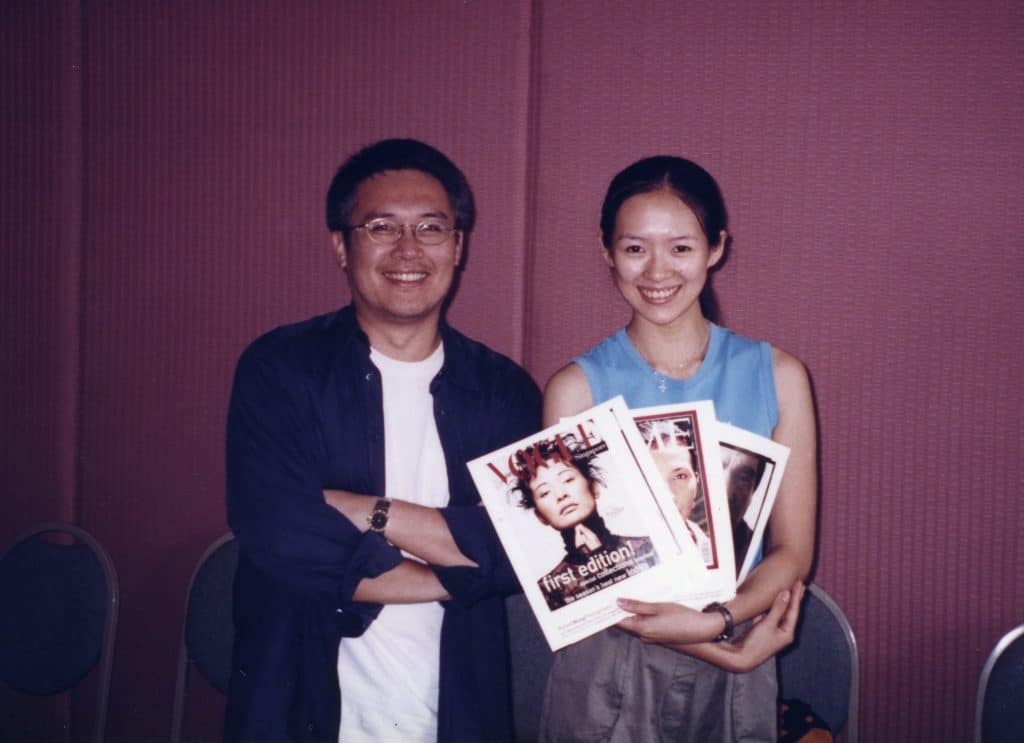 Ziyi can be seen here at the 3-star Zi Yu Hotel where we first met at rehearsal – with my promotional cards which featured Joan Chen, a Chinese actress whom she admired too.

Even then, she had a twinkle in her eye and we were both ready to conquer the world!

The rest, as they would say – is history. This would be one of the most important meetings I would have as it was a start to a long working relationship, numerous covers, movies and more importantly – a friendship.

‘Crouching Tiger, Hidden Dragon’ premiered in Hong Kong in 2000 and it was held at the Island Shangri-La Hotel.

I had the opportunity to hang out and shoot the actors, together with some other familiar faces during their various press interviews.

Although I shot Ang Lee and the others, I ended up camping out with Zhang Ziyi in her hotel room. We were so happy to see each other again and to finally do a proper shoot for Time magazine.

Ziyi arrived – 9 months had changed her life with this big movie. She was now a full-fledged movie star but the focus was still on the big names, Chow Yun-Fat and Micelle Yeoh. 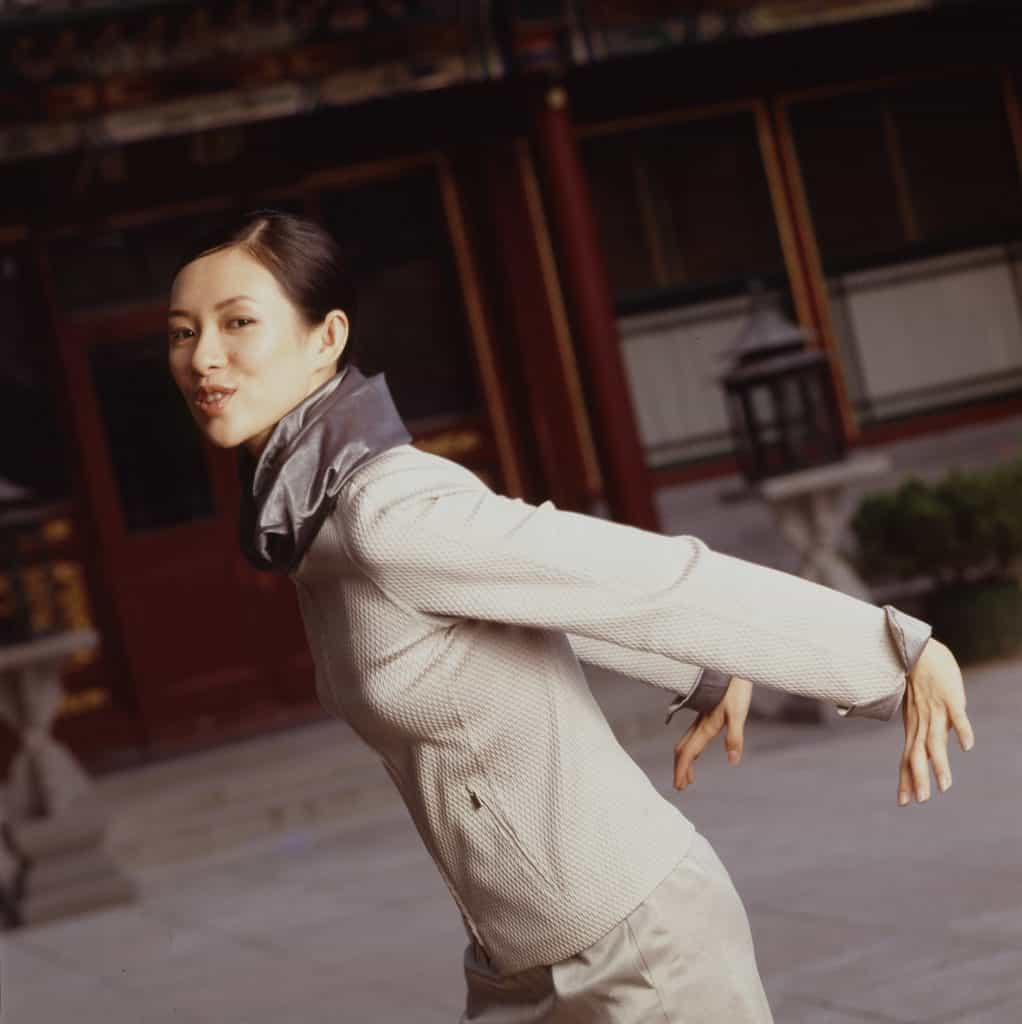 Although she was the new kid on the block, people started to take notice of her in Asia as she gave a great performance. The movie had yet to be released in the US; it would only happen 6 months later.

Since Ziyi was the newcomer, she didn’t do as much press as the rest and that gave us more time to shoot and kid around.

We managed to shoot a few outfits as if we were doing a test shoot and she was just having fun as it was all new to her.

Suddenly all this attention was coming her way and she played along with it – we had fun. 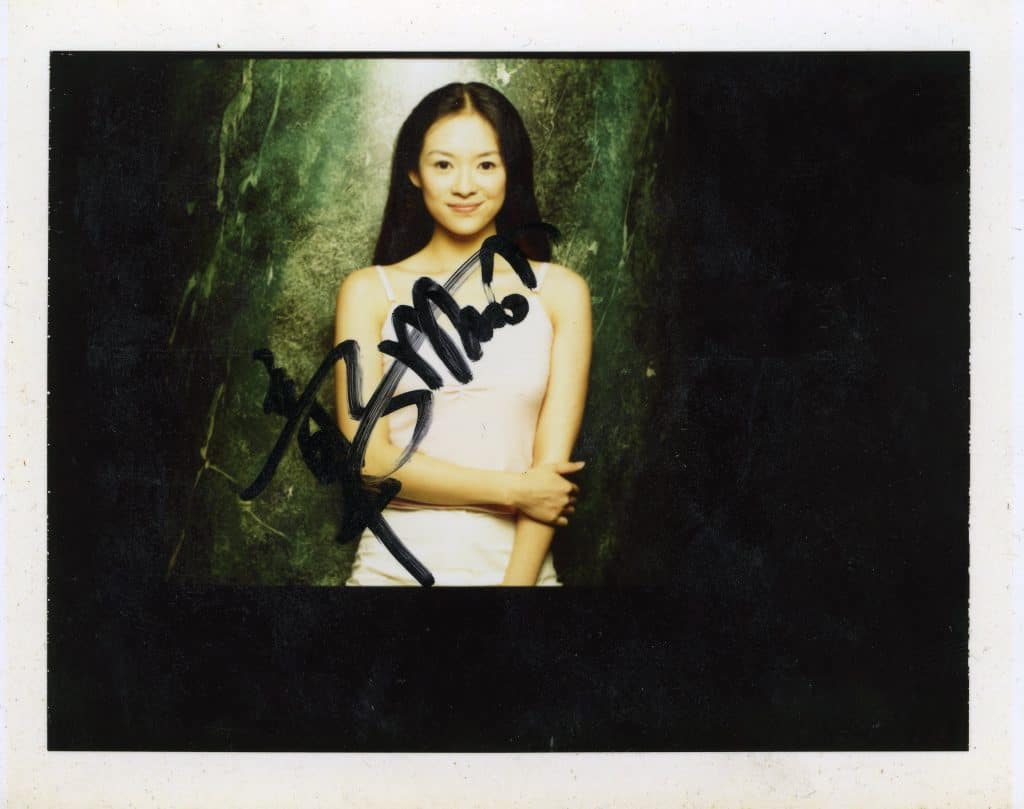 I told her that since she was now a movie star she had to sign my polaroid for keepsake and she was thrilled. I knew there was more to come.

Our chat about working together after we first met materialised and we were both thrilled.

As soon as the Hong Kong premiere for ‘Crouching Tiger, Hidden Dragon’ was done, Zhang Ziyi and I made plans to meet in Beijing to do a shoot on our own the next month. I wanted to do something really soon before she exploded on the scene.

I managed to get the beautiful China Club owned by David Tang for the shoot location thanks to my Hong Kong friends. The club consisted of a restaurant and hotel rooms housed in a historical courtyard type residence. Perfect! 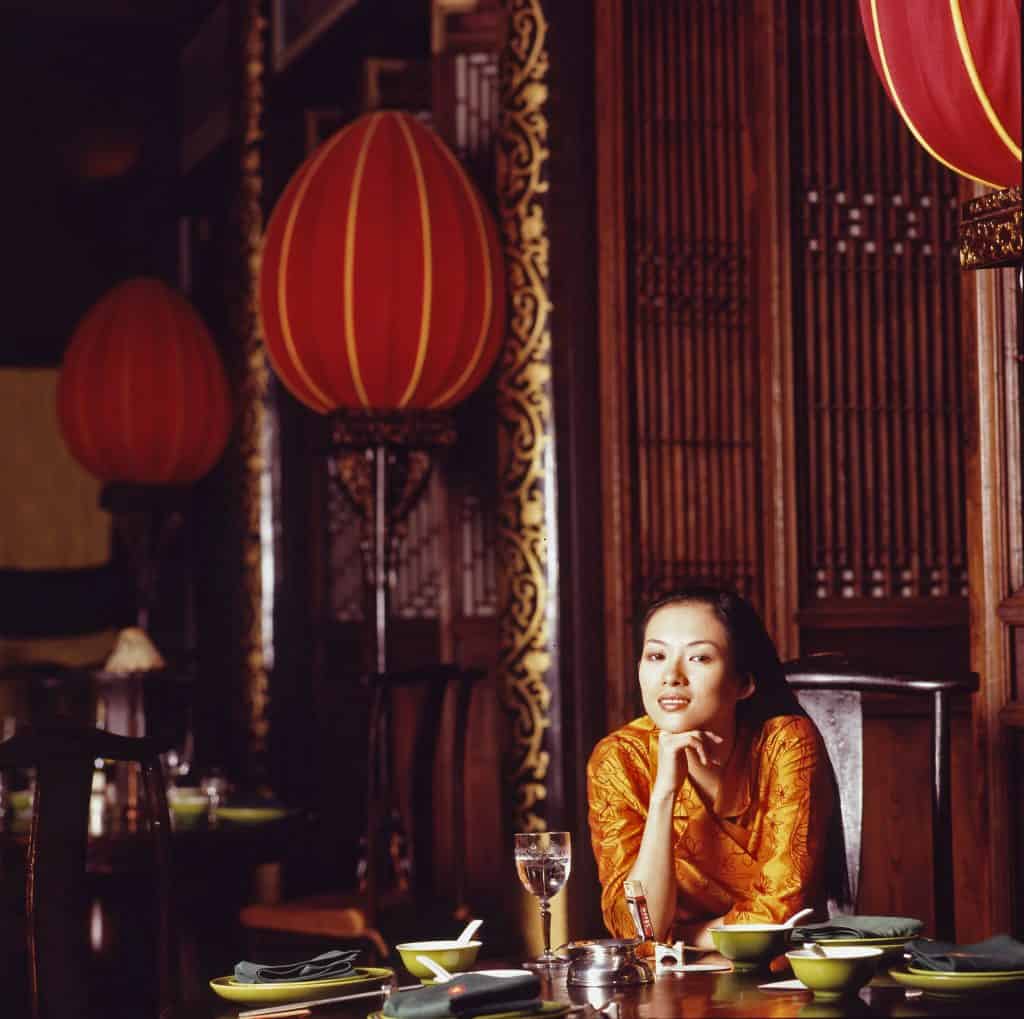 Ziyi had her mum and brother send her to the shoot, as if she was just going for piano lessons, since she didn’t have a manager yet.

It seemed like I was just having a fun shoot with an up and coming star with no fuss at all.

It was situations like that that you were able to fly with no restrictions. No manager breathing down your neck telling you what not to do.

We were glad to see each other again whilst the movie was becoming a success. We shot in various locations on the property and had the most fun in doing so.

It was just 2 friends creating some beautiful images for the world to see and we hoped this introduction was a memorable one. I knew I was part of something larger, but I wasn’t sure if she did! 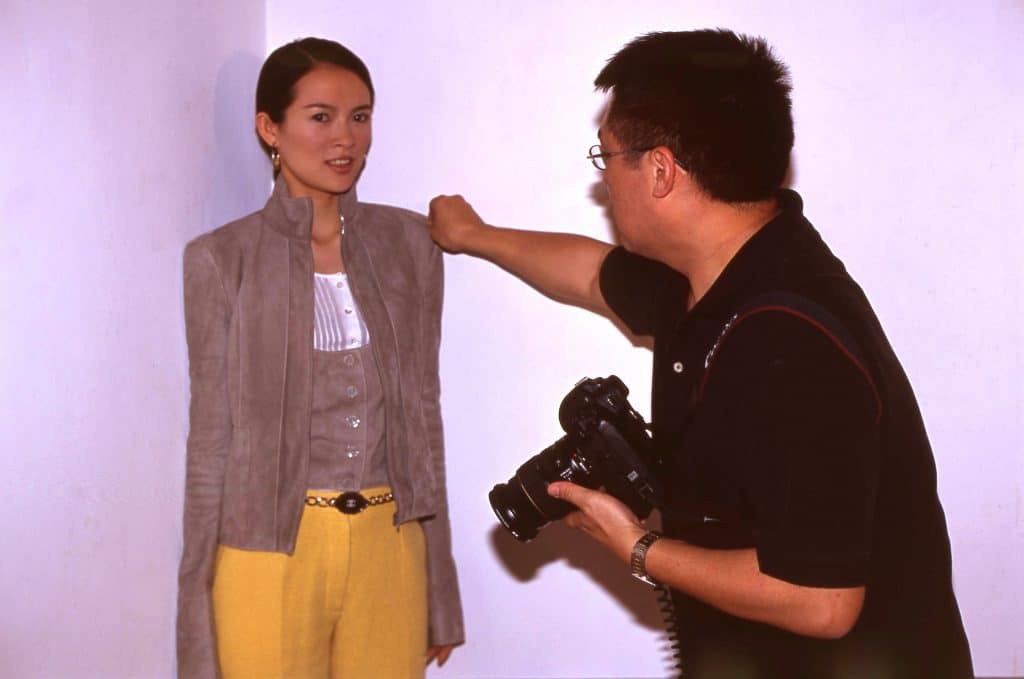 Ziyi seemed so confident as if the taste of success had spurred her even more to do well. She definitely came into her own and was no more that little girl that I met a year ago during rehearsal.

She would review every test shot and be so excited to shoot as she never did many till then. I in turn, was trying to give her a more visually global appeal; something the west would eat up.

Zhang Ziyi and I continued shooting at the China Club, including the famous dining room where Premier Deng Xiaoping once ate and came up with the famous saying: “It doesn’t matter if a cat is black or white, so long as it catches the mouse”.

There was also more history to be made by this young girl in the near future. It was something I felt strongly about. 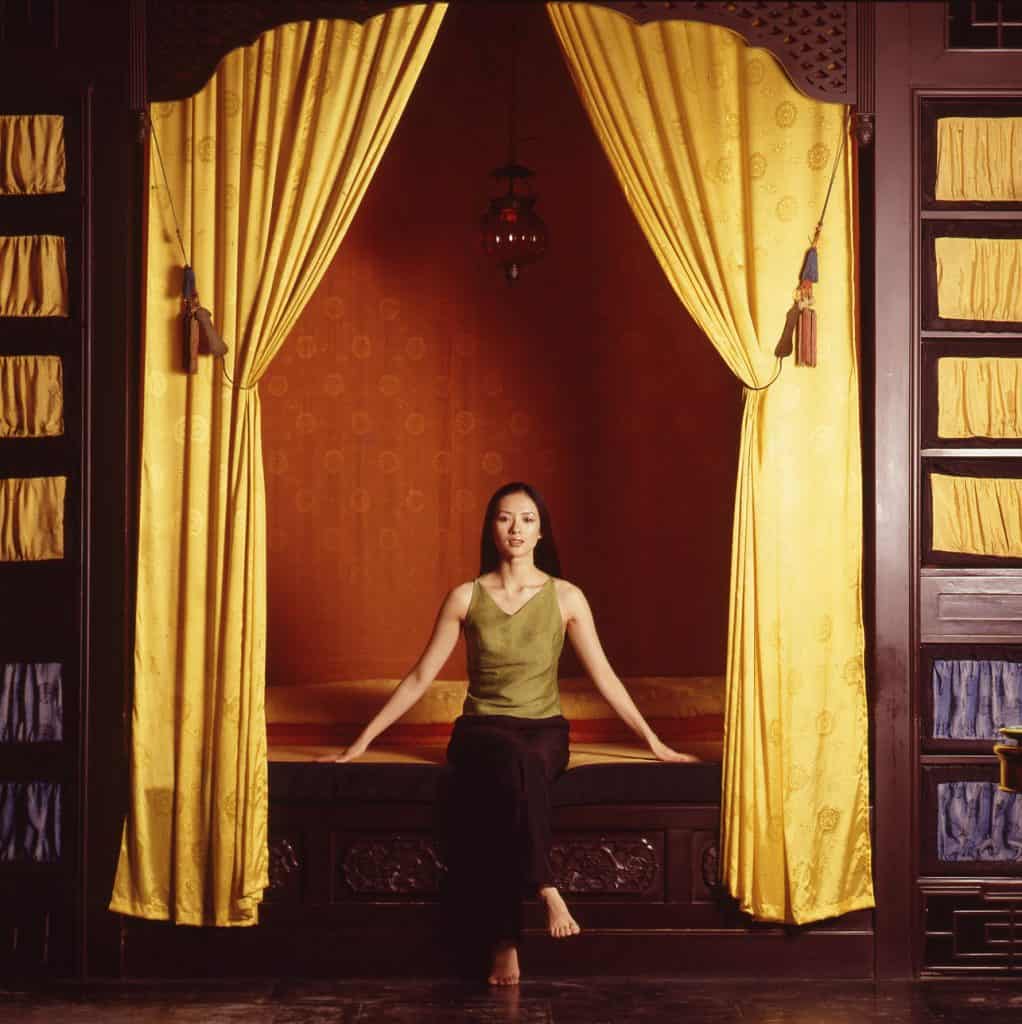 The location at the China Club was just amazing and was everything that I wanted for the visuals. It reminded me of the Zhang Yimou films, the same director that discovered Ziyi.

After about 6 changes, we were done. We had enough images for covers and major fashion spread which was going to be distributed throughout the world. She was happy with the shoot and was so glad we shot.

We capped it off with a great dinner in town with her family and our friendship grew even more.

We managed to make various covers and a few fashion spreads not only in Asia but also worldwide thanks to my New York agent. She was on her way to letting the world know that she had arrived and I was glad to have a hand in it.