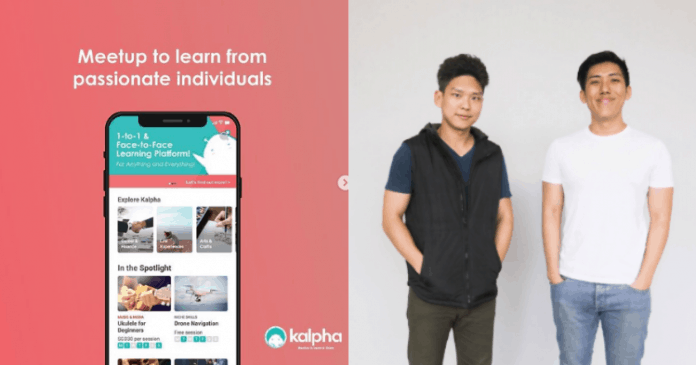 We bring you Kalpha, the app that connects Learners and Sharers through listings where people who want to acquire new skills can link up with people who can impart them.

Founded in February 2018 by co-founders Jack and Jaden, Kalpha was born out of the founders’ strong belief in knowledge-sharing among individuals.

Before starting Kalpha, Jack ran his own restaurant based in Melbourne. During his time as a restauranteur, he faced several issues.

“If I could just have a conversation with someone more experienced, or in the industry, I would have learnt something.” He explained.

He often found himself yearning for a way to speak to other experienced individuals to pick up viable knowledge.

Jaden, on the other hand, who previously served as the vice-president of the SMU Muay Thai Club, shared that he wanted to teach the sport to amateurs, and was looking for an avenue to do so.

“I was looking for a platform where people like me who are good enough, but aren’t professionals or certified per se, can IMPART SKILLS and make SOME EXTRA money.” 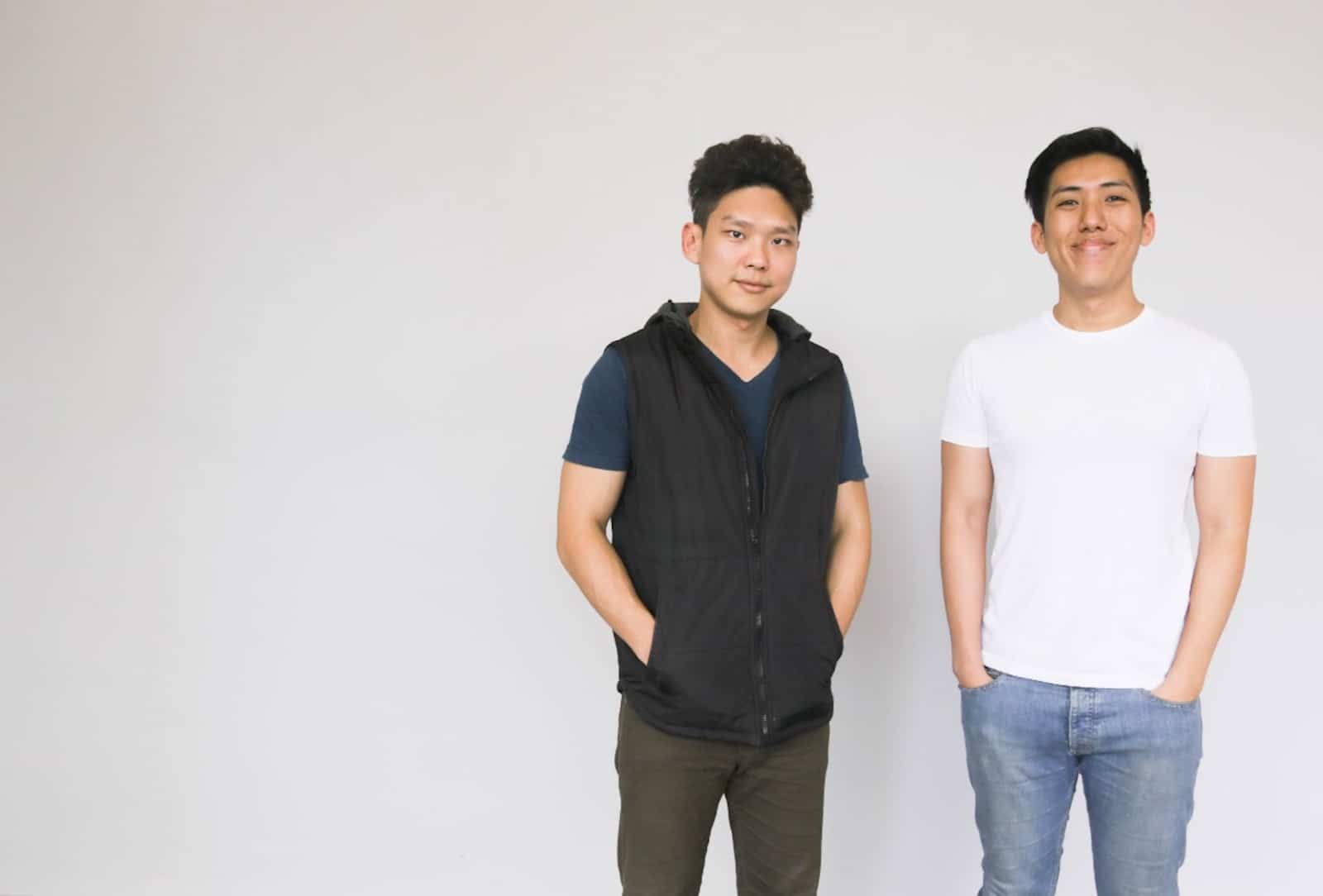 When the duo started getting more serious about running it as an actual business, they started going around to do research.

Approaching friends and family with a set of 14 questions, Jack and Jaden collected responses to test the feasibility of their idea.

“The small sample size was compelling enough for us to take the leap of faith.”

Individuals who are eager to impart their knowledge, known as “Sharers”, create a listing where they would indicate their skill set, and list a description of the sharing session, including stuff to bring along, availability and so on. 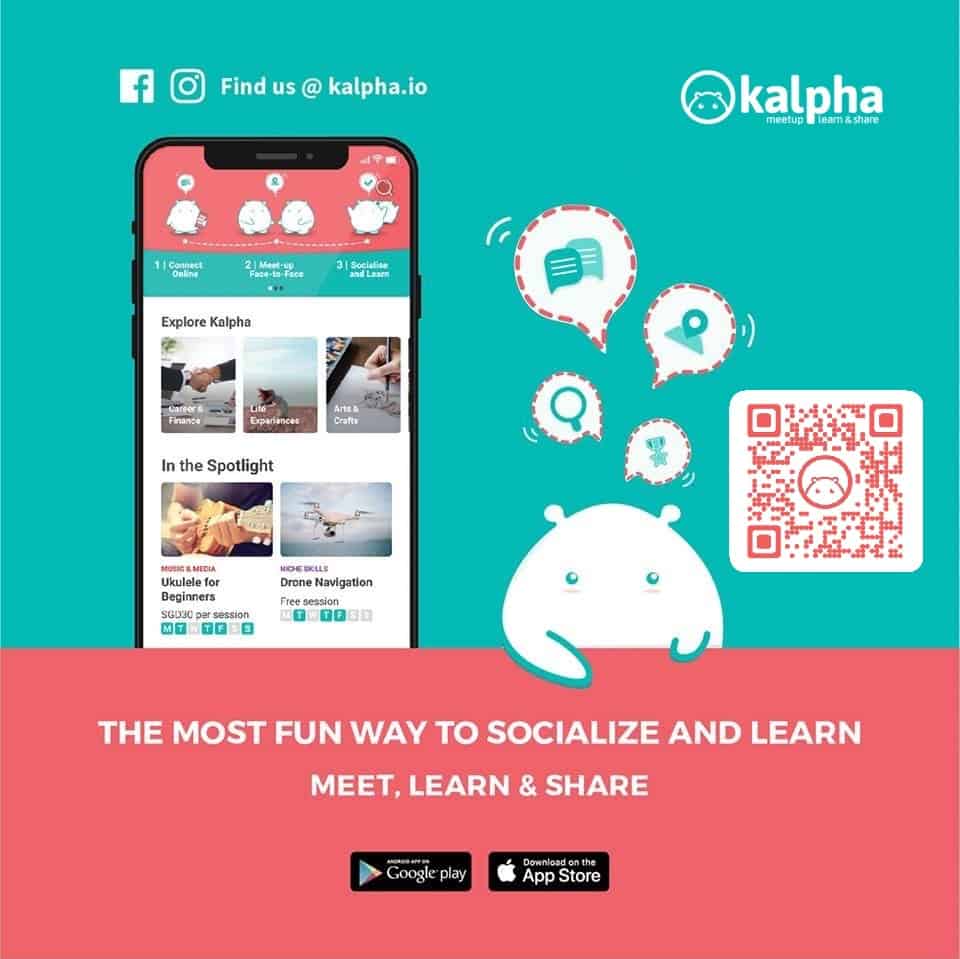 If a “learner” were to be interested in a particular listing, he or she would initiate a conversation via an in-app chat to arrange a one-to-one offline meeting.

After the completion of each session, both Learners and Sharers are rewarded with points. These points are accumulated as part of the rewards system, which will be eventually converted to real rewards. Furthermore, the higher the points accumulated, the more credible they are as a user of the platform.

Here’s a fun tidbit about the education technology startup – Kalpha is an abbreviation for “Knowledge” and “Alpha”.

“Alpha, in financial terms, is an exceptional return. When you make a little more than expected, that’s an alpha return,” Jaden continues, “Similarly, when you talk to people and share stories, you get more than just technical knowledge.”

Through Kalpha, You can get inspired, gain a new point of view, and probably gain a friend in the process.

It’s all hands on deck in a startup environment like Kalpha.

“Working in a startup involves wearing multiple hats for sure,” elaborates Jack, who’s certainly no stranger to hard work.

The 28-year-old oversees fund-raising, partnerships and collaborations, recruitment and even accounting.

Jaden, on the other hand, handles digital and offline marketing, user engagement as well as operations.

“In a startup, no one will push you. You need to own your responsibilities and take charge of them.”

Jack also shared that failures were part of the package and that when it comes to running a startup, one should be prepared to be creative and resourceful in problem-solving.

An Accessible Platform For All

Kalpha prides itself in making learning accessible for all.

“Our motto is to make learning as accessible and as affordable as it can be,” the duo reveal.

All sharing sessions are capped at $80 — a price point that was derived from their initial market research.

“The main idea of learning through Kalpha is that it should not break the bank,” says Jack.

To honour the promise of being an accessible platform, Kalpha offers a varied range of skills users can pick up, streamlined into eight main categories. This allows them to cater to different individuals with different learning needs.

“We have a mix of hard technical skills such as coding, and soft skills like communication.” 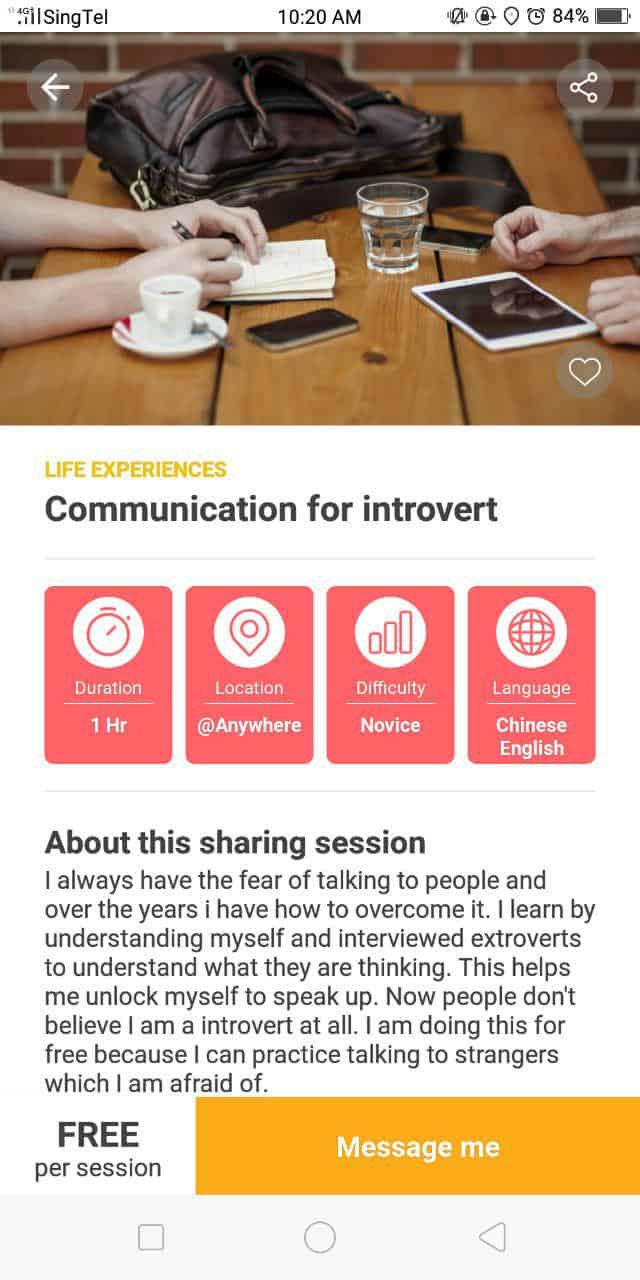 Some of the more unusual skills listed include hypnosis, traditional Chinese medicine, and even play dates with dogs.

The co-founders revealed that Kalpha even has certain listings that involve the sharing of highly personal experiences, such as near-death experiences.

For those who are looking for relationship advice, there’s even a listing on ‘How to Communicate with Your Girlfriend’.

Other noteworthy sharing sessions include diamond knowledge for engaged couples and memory lessons from a memory champion.

Kalpha’s sharing sessions occur during one-to-one meetings — how do they regulate the safety and legitimacy of the sessions?

To ensure the credibility of Sharers, the app allows users to contribute reviews. A disclaimer in the app advises users to meet up at public places, like Starbucks.

Kalpha also makes it a priority to screen Sharers who post listings.

“We talk to the Sharers. Every single one.”

They also added that they would screen through the listings and remove strange listings that did not seem legitimate.

Apart from forking out their own money for the capital, Kalpha was also started with support from early stakeholders, one of them being Ngee Ann Polytechnic.

The startup received an office space, business address, networking opportunities and $10,000 in funding as part of the polytechnic’s incubation programme.

Earlier this year, Alpha secured funding from Nest Tech, a Vietnamese ventral capitalist firm, after meeting them at a tech exhibition in Singapore.

The co-founders revealed that conveniently, their near-term plans included expansion in the Vietnam market.

”For learning anything and everything, I would say we’re one of a kind.”

With digital advancement comes a reduction in face-to-face interactions — and Kalpha is bridging the gap.

“In the world of learning, no one has really tackled this segment of the market, by facilitating one-to-one learning.”

Jack explains that for busy individuals, going for classes may be too time-consuming.

He hopes to resolve this problem by presenting a viable, affordable and effective solution to acquiring knowledge through Kalpha. One-to-one learning also allows for a more in-depth connection between Learners and Sharers.

These factors, ultimately, improves the quality of each sharing session.

“Kalpha aims to be the solution to bridge knowledge gaps and be the go-to solution for individuals who wanted to learn from people with experience,” explains Jack.

He cites examples like Facebook and LinkedIn, apps that connect friends and professionals respectively, and says that Kalpha will aim to progress in that direction in terms of tackling an unaddressed need in the market.

Their future plans include branching into workshops and seminars to cater to bigger groups of people.

“To all our early stakeholders, investors and friends who have given us your support — thank you. We will definitely put in our diligence, creativity and efforts to make things worthwhile for you. Taking things for granted is probably the last thing we’ll do.”