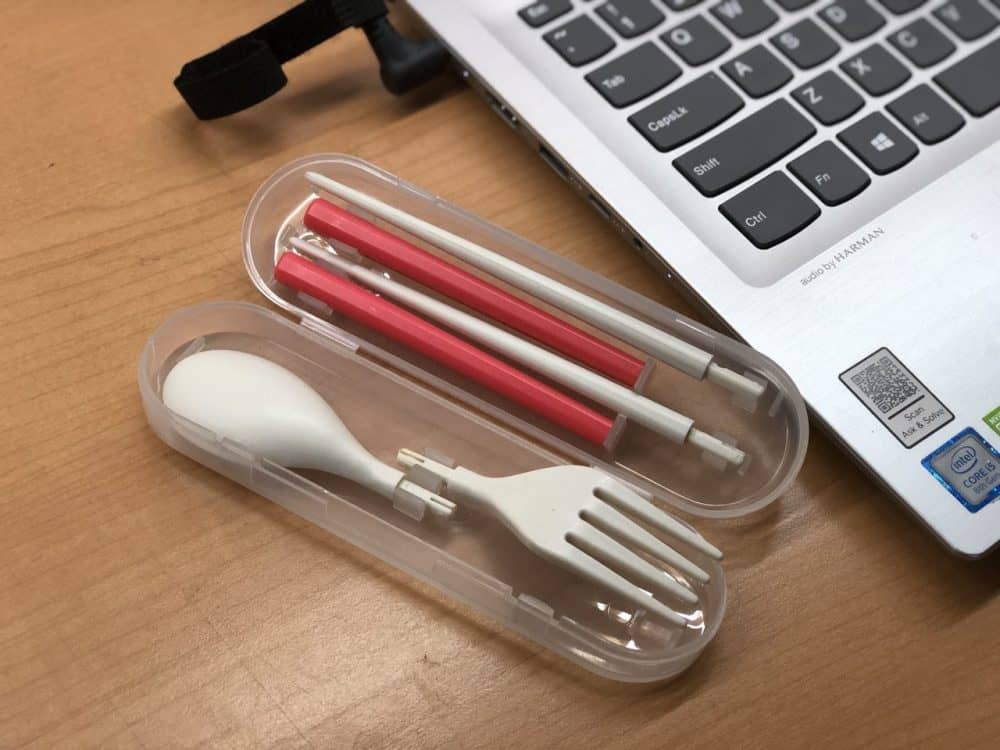 Despite being aware of the dire state of our planet, I’m ashamed to say that I’ve not been as conscious of my waste as much as I should be. Plastic bags are grabbed at whim, boxes of tissues are used like it’s an infinite resource and leftover food is thrown away without a second glance.

Singapore actually produced a whopping 7.7 million tonnes of solid waste last year – which culminates in about 1.4 tonnes of rubbish produced by each citizen. Putting these volumes into perspective, I realised how alarming this issue is turning out to be.

For an entire week, I challenged myself to keep my rubbish count to a minimum.

It was possibly one of the toughest things I’ve had to do so far, especially since I have yet to cultivate a habit of recycling and reusing things. Here’s an account of my attempt at saving the Earth one step at a time:

I decided to kickstart this challenge by covering the basics. I steered clear of the typical disposable utensils and brought mine along everywhere I went instead.

I got them as a gift from my friends almost two years ago but they have evidently been underutilised. 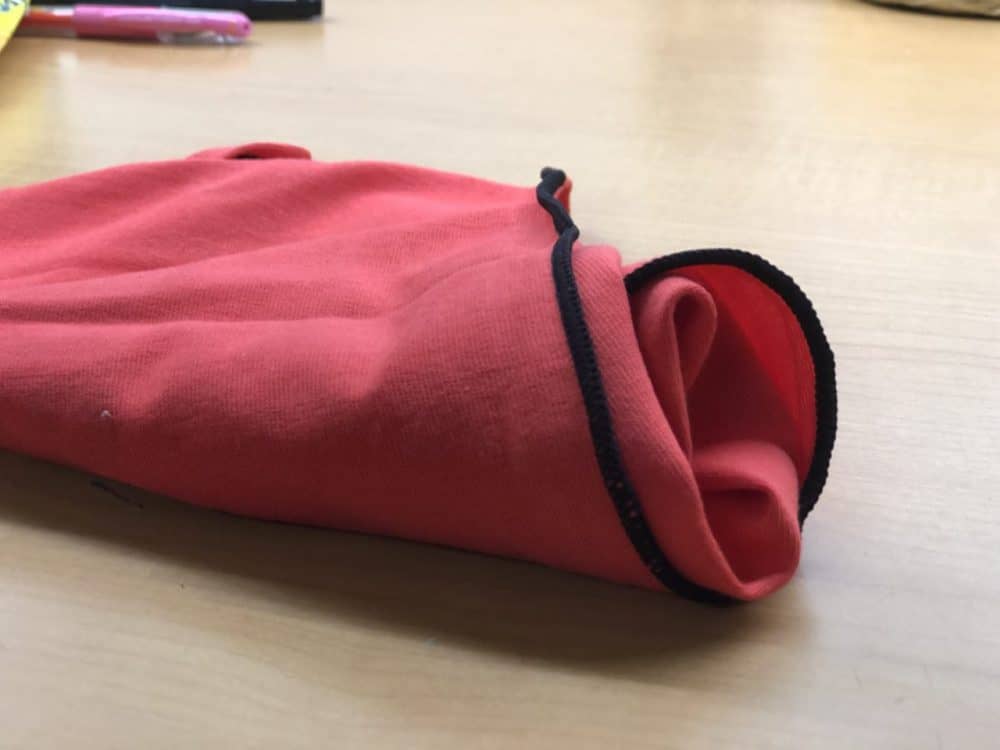 Usually, I’d use wet wipes and tissues to clean the table and shelves in my room out of sheer convenience.

This week, I dug out a fresh towel as a replacement. I washed and reused the piece of cloth several times, saving my trashcan from the being filled with half-used tissues tossed away in vain. 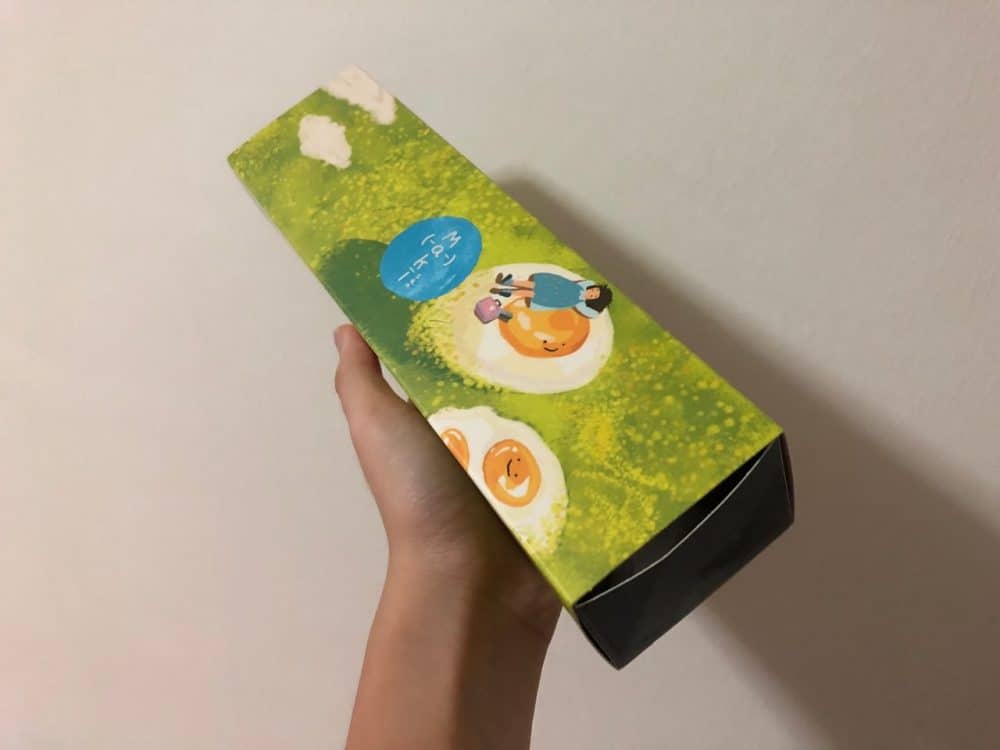 On the second day of this little experiment, I forgot to bring my own lunch box along for my meals. Yes I know, I had just one job. I visited Makisan with my family and we ended up with 3 empty cardboard boxes after we devoured the sushi.

Determined to make amends for my violation of the cardinal rule, I tried to unleash my non-existent inner engineer and upcycled the said boxes. 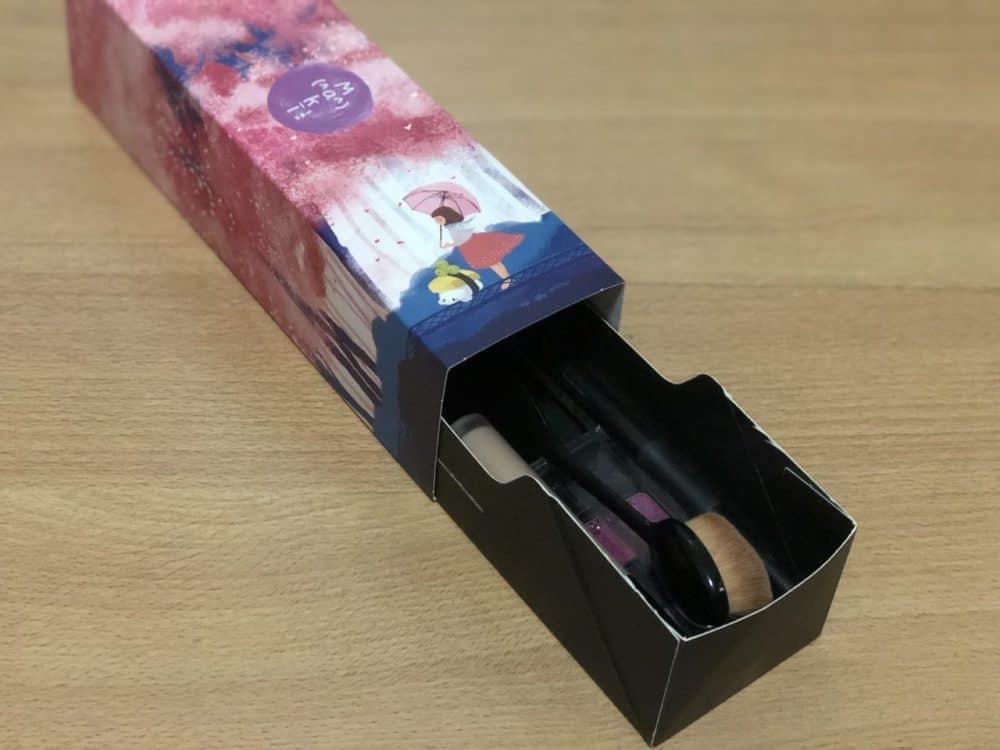 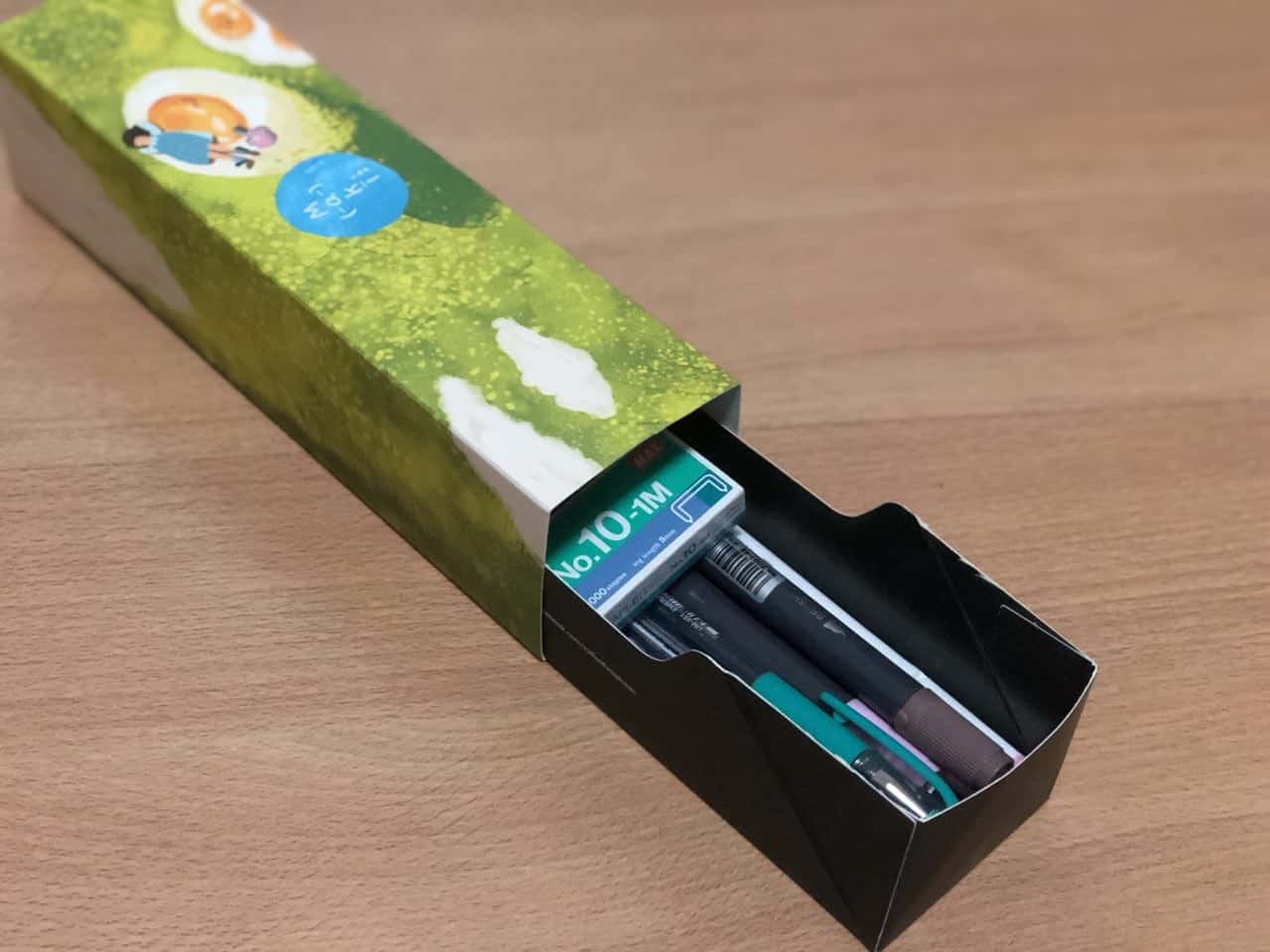 I made them into a pencil case and make-up container. They’re aesthetically appealing and I can switch covers whenever I want to. 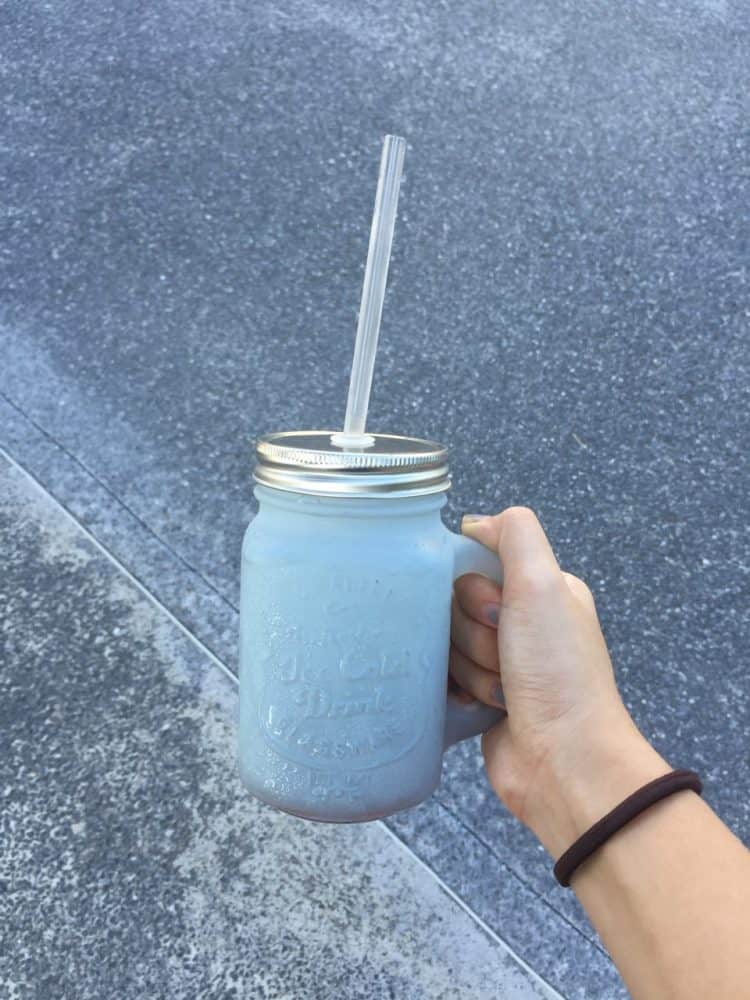 Since my sugar-free week has passed, I’ve relapsed and returned to my shameful habits of indulging in some weekly bubble tea. But this time, I brought my own mug and straw along.

If you make a polite request, I’m sure that baristas and staff at restaurants will be more than willing to go out of their way and fill your cup with some of that sugary goodness. In the same vein, I went ahead to reuse the stacks of paper I had lying around my room. University entails tons of readings and essays to be printed, but students don’t usually need these materials for long.

Instead of carelessly dumping them into the trash bin immediately after the exam is over, you can either recycle them or make something out of it. I folded them into little multipurpose boxes which could be used to used to collect peanut shells or for when you’re trimming your nails.

I’m sure this is a common sight for many of us, but if you need a refresher (just like I did) on how to fold these underrated gems, take a look at this link. 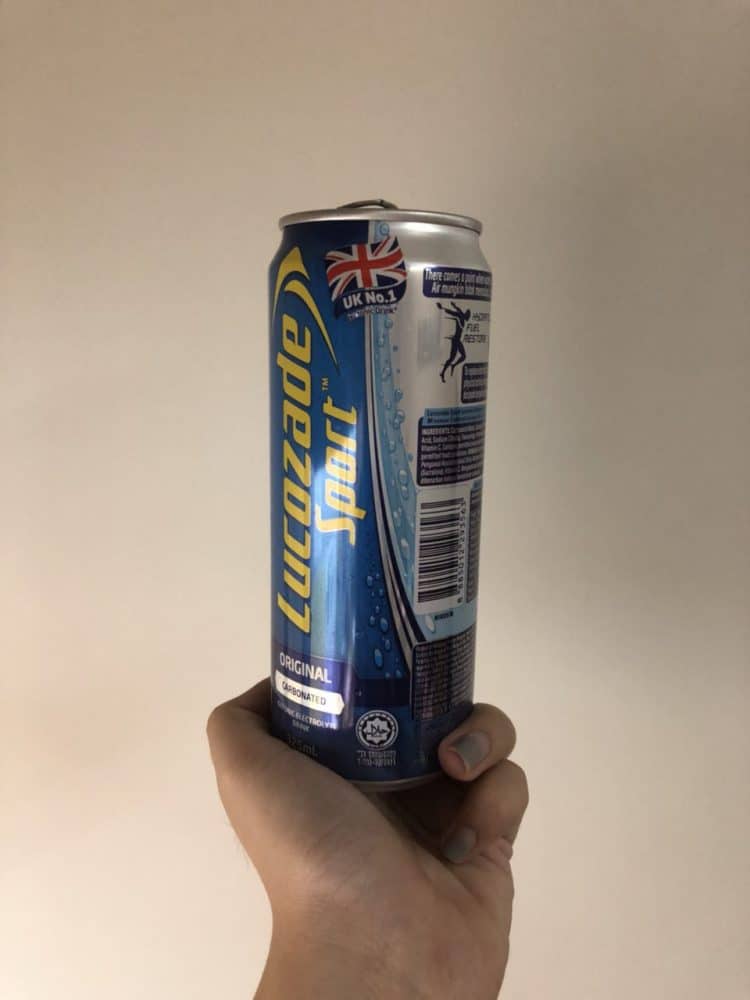 I’ve sinned yet again. With an empty can in hand, I questioned my ability to keep up with this challenge.

Nonetheless, I summoned my inner engineer once more and converted this can into a little holder for my stationery lying around. 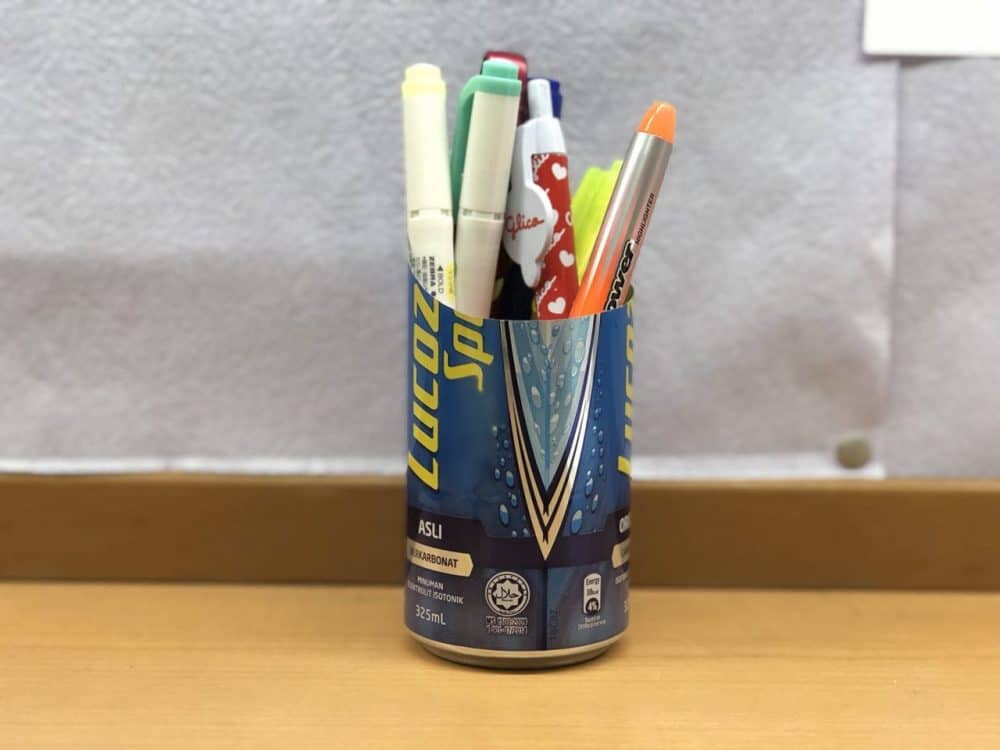 I may be frantically covering up for my lack of resilience but as it turns out, this was actually a blessing in disguise. 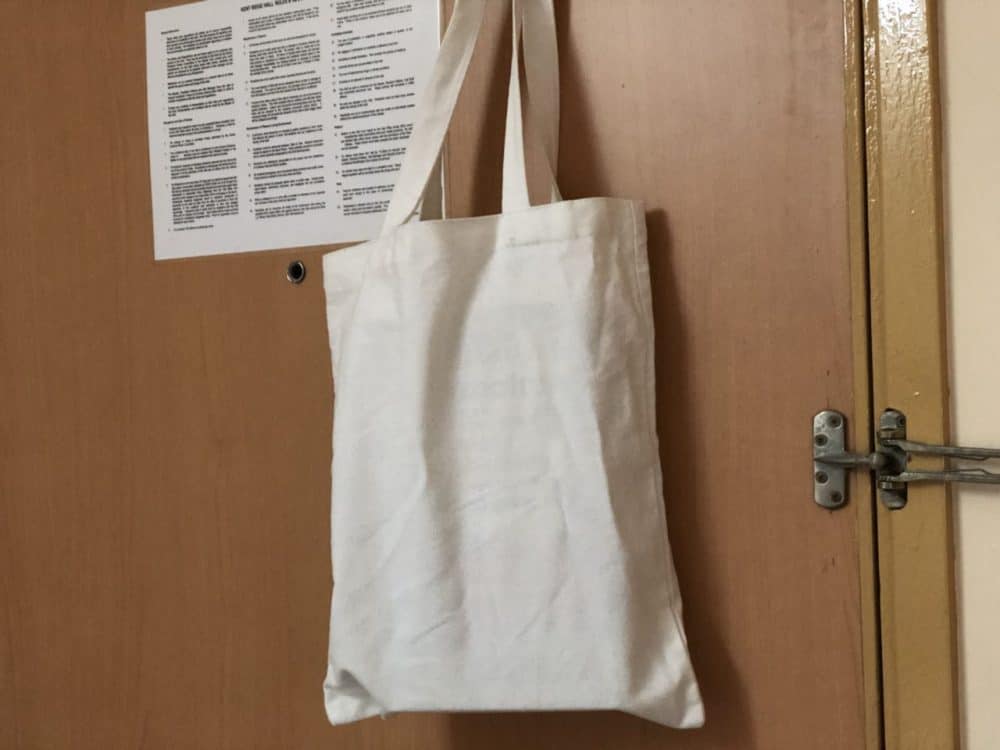 Towards the end of the week, I popped by the supermarket to get some food and essentials. Armed with my own grocery bag, I declined the plastic bags offered to me by the cashier and felt like I’d just conquered the world.

According to the Singapore Environment Council, the population in our Little Red Dot somehow managed to use up 3 billion plastic bags back in 2011. This meant that 37 million kilograms of crude oil and 12 million kilograms of natural gas were sacrificed for our consumerist needs.

These astounding numbers jolted me back to face the reality of a deteriorating planet.

I’ve actually chalked up a grand total of two empty plastic bottles over the past five days. One had been sitting on my study desk for the longest time ever, and the other was the result of my thirst after an exhausting dance class.

I really didn’t want to take the easy way out, so I decided to reuse the bottles for something cool – literally.

While scrolling through my Facebook feed, I chanced upon this video. Intrigued by the prospect of having a DIY aircon in my room, I seized the opportunity and went about assembling this mini air-conditioner. 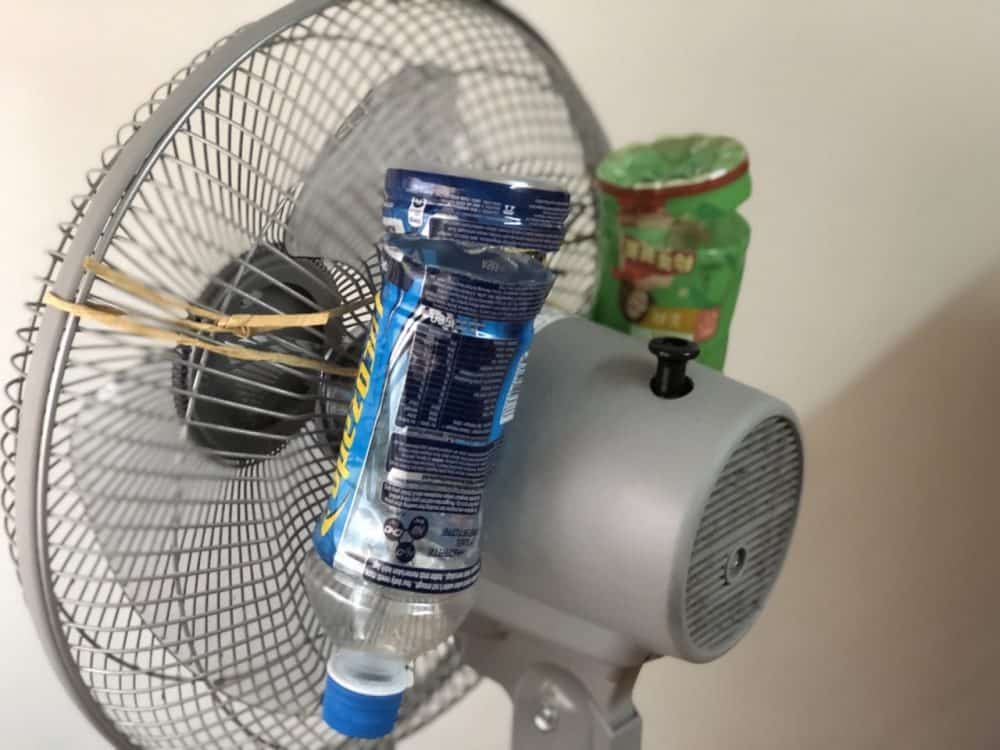 This was the final product! Not too shabby, and it has served as an amazing tool to combat the sweltering SG heat.

Earlier on this week, I had to do some arts & craft for a school project. The aftermath left a ton of coloured paper and ice-cream sticks in my inventory. I recycled the paper and decided to get creative with the sticks I had. 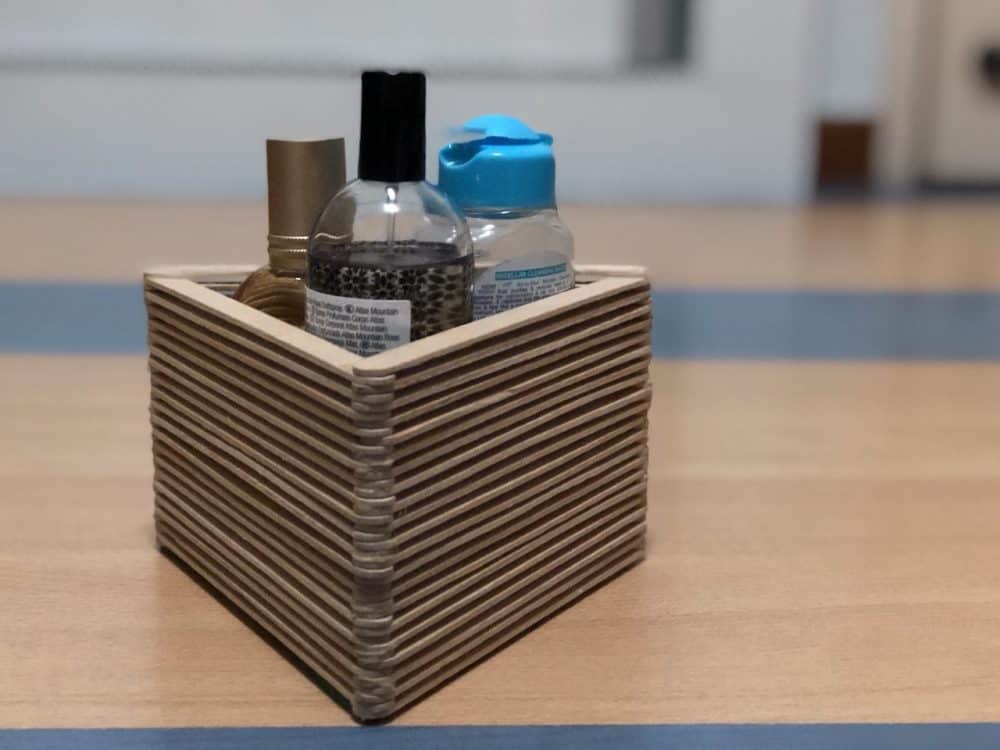 With just a little stacking and taping, I managed to come up with this little holder for all my knick-knacks.

If this was me one week back, I’d have undoubtedly thrown everything out without batting an eyelid. It was immensely satisfying that I could actually turn this presumed trash into something practical after all. 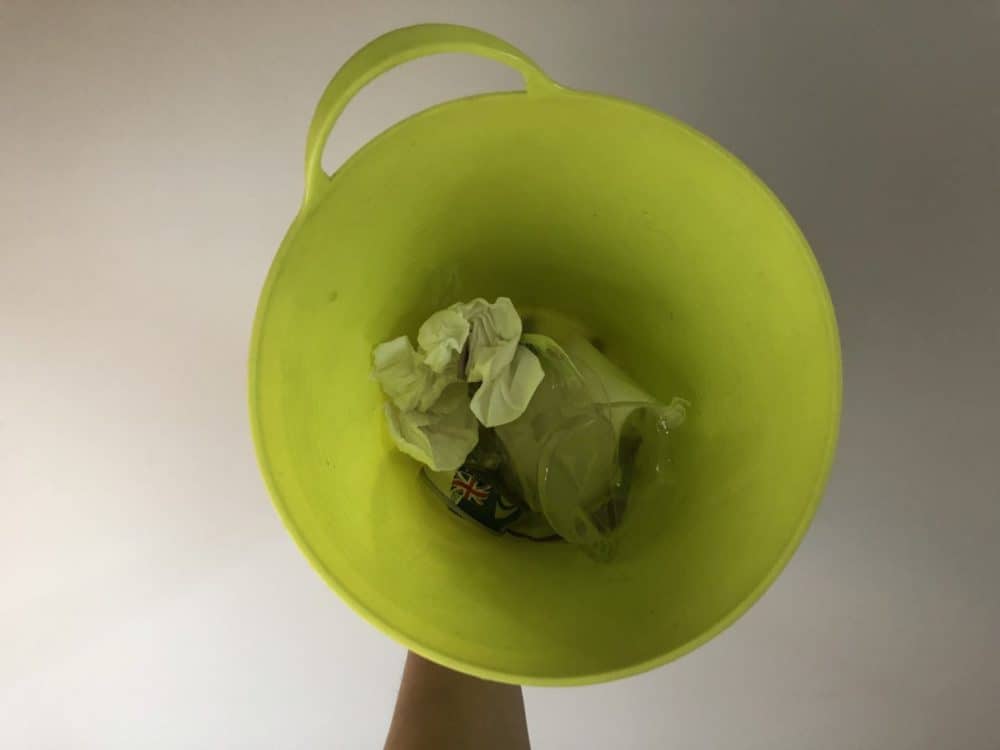 Unfortunately, even with my desperate attempts to upcycle whatever I could, I still generated a substantial amount of rubbish.

The trash accumulated in the picture above namely comprised of miscellaneous things like plastic wrappers, tissues to fight my morning sinus and food packaging that I simply didn’t know what to do with.

In spite of that, I’m proud to say that I’ve cut my usual volume of rubbish by quite a huge amount throughout the week. This success can be attributed to the tiniest of things – like bringing my own utensils, cup and shopping bag wherever I went. 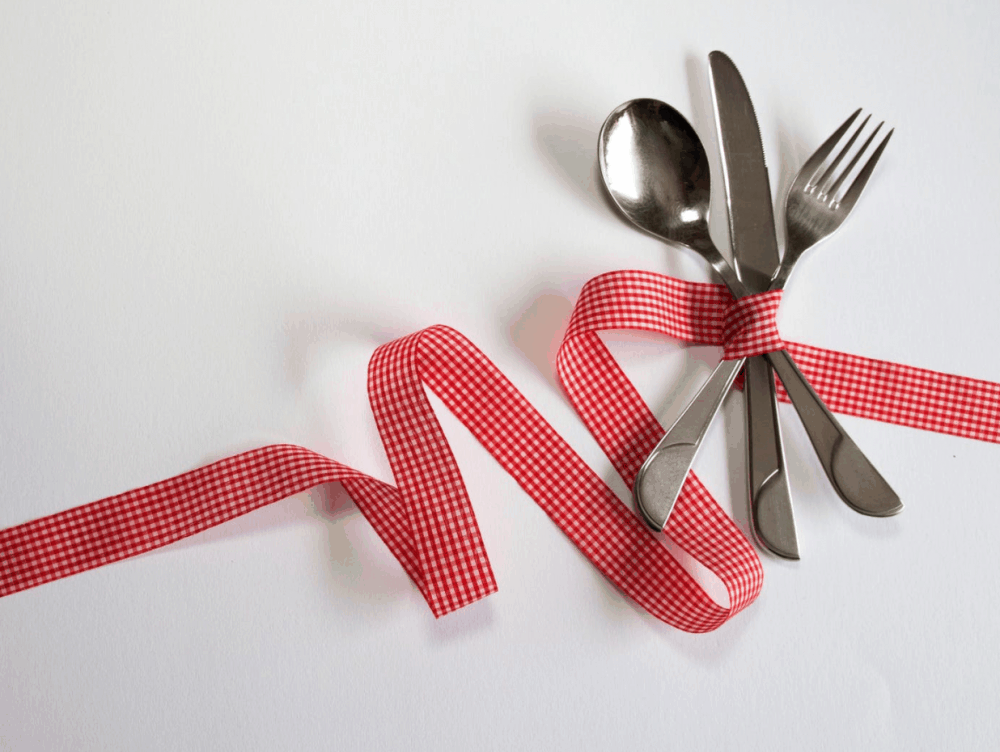 Sure, it can get really troublesome and inconvenient sometimes. I would say that this green lifestyle comes with an incubation period, and environmentally friendly habits have to be cultivated slowly but steadily.

Doing the math, we see that if each of us cuts back our annual rubbish output by just 1 or 2 kilogrammes – which is terribly little by the way – Singapore could actually cut our total solid waste volume by more than a staggering 5 – 10 million kilogrammes a year.

Our actions may seem insignificant when we compare ourselves to the planet at large, but if everyone can tweak their routines just a little bit, large changes will take effect.