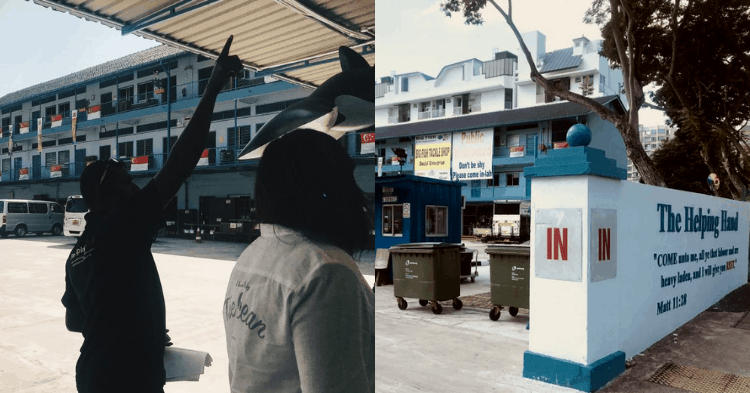 If you were to drive along Upper Serangoon Road, you might notice a wide, low-rise building with lots of teak furniture and moving vans inside. One might just mistake it for yet another furniture business, but The Helping Hand is much more than that.

The Helping Hand serves as a halfway house for ex-convicts and former drug addicts, with aims to reform them and help them break the habit through an intensive rehabilitation program.

I spoke with some of the staff and residents at The Helping Hand one afternoon to find out more.

The Helping Hand takes in approximately 200 residents a year. According to Mr Chia Shih Sheung, the current CEO of the halfway house, residents range from 20-65 years of age, and come from two primary groups.

The first group are drug addicts, previously arrested by the Central Narcotics Bureau and given a prison sentence. They are then moved to The Helping Hand to complete the last 6 months of their sentence.

The second group of residents are walk-ins — people who wish to kick the habit of their own accord.

The program incorporates a rigid timetable. Residents rise early – around 5A.M – to spend some quiet time for reflection, have breakfast and begin work. 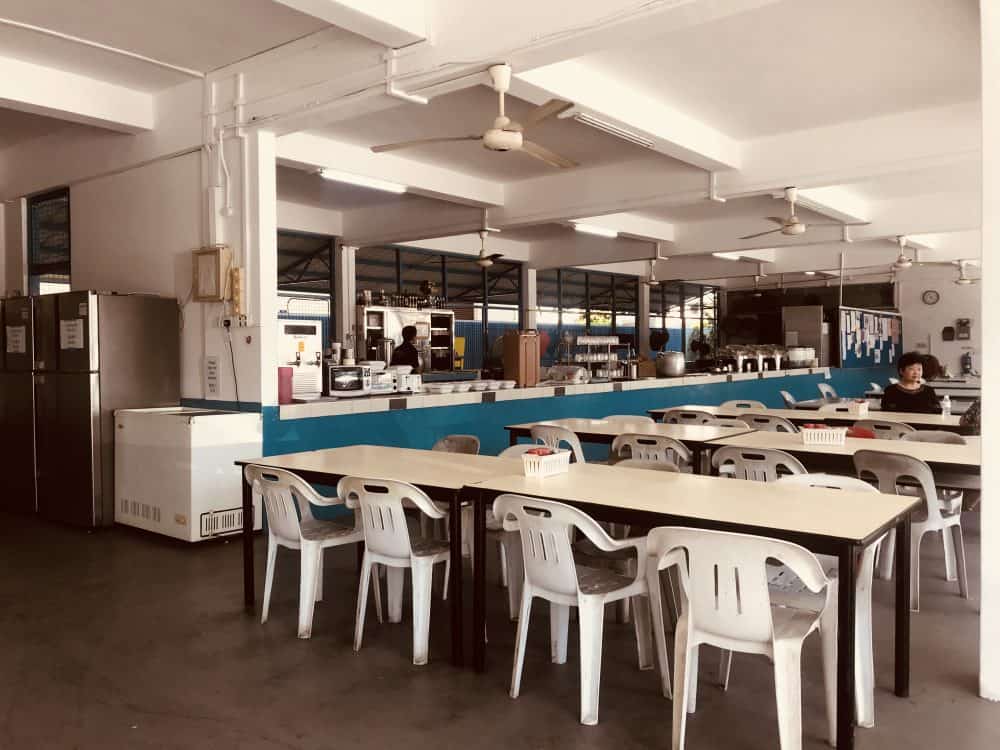 Mr Raymond Choo, who heads the social work department, believes that this strict timetable is essential for their rehabilitation. “We focus on having a proper timing for everything; this helps them adhere to normal timings, and pushes them to have discipline.

Mr Choo says that the objective of the rehabilitation program is to help residents cultivate positive habits and behaviour, which he believes will help them “slowly re-integrate back in society.”

‘We teach them to weigh the costs and benefits of their actions – how to exercise emotional control. We encourage them to put this into practice when they interact with others.”

He feels the gradual transition from prison to the outside world is more optimal for the ex-drug users, rather than “throwing them back into society straight from prison.”

Breaking The Habit Is A Struggle 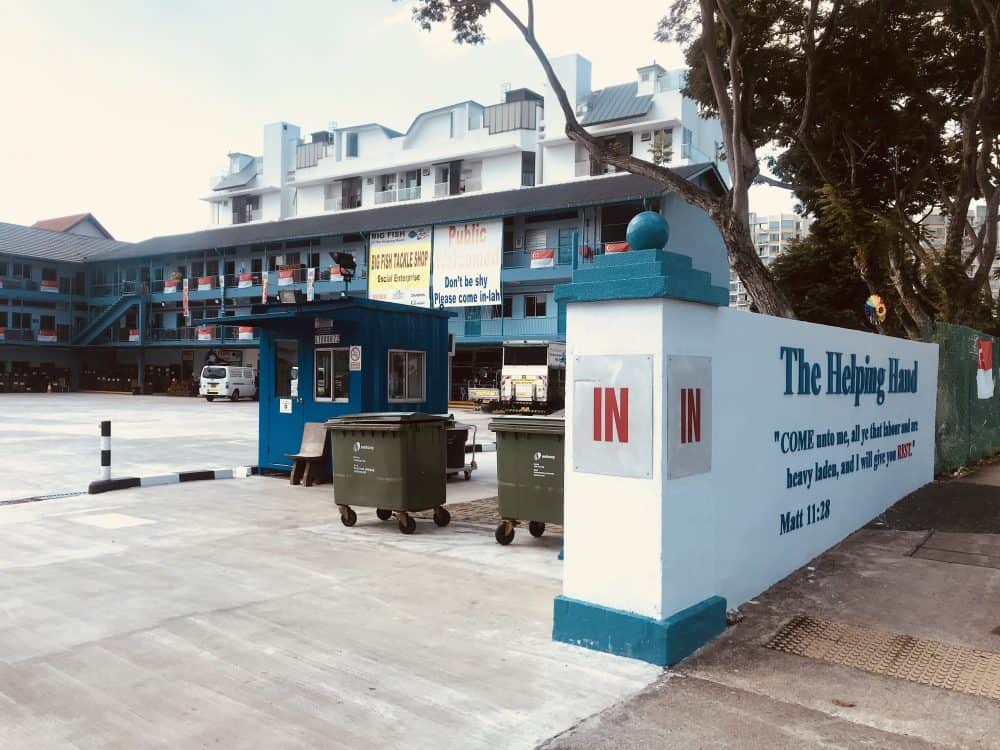 When I ask if any of the residents return to drugs, the two men answer “many” at the same time. They tell me that more than 80% of residents eventually give up on holding stable jobs, and end up giving in to temptation.

“Even smoking legal cigarettes is hard to stop, drugs are 100 times worse.”

They often advise residents to cut off contact from their old circle of friends.

“This is because they can always return to those friends when the urge arises,” elaborates Mr Chia. “Many of them are from dysfunctional families. Many had parents who could not care for them properly when they were young. How do you get them to renounce the friends that treat them like family?”

After the residents leave The Helping Hand, they must fend for themselves and take care of their own well-being. 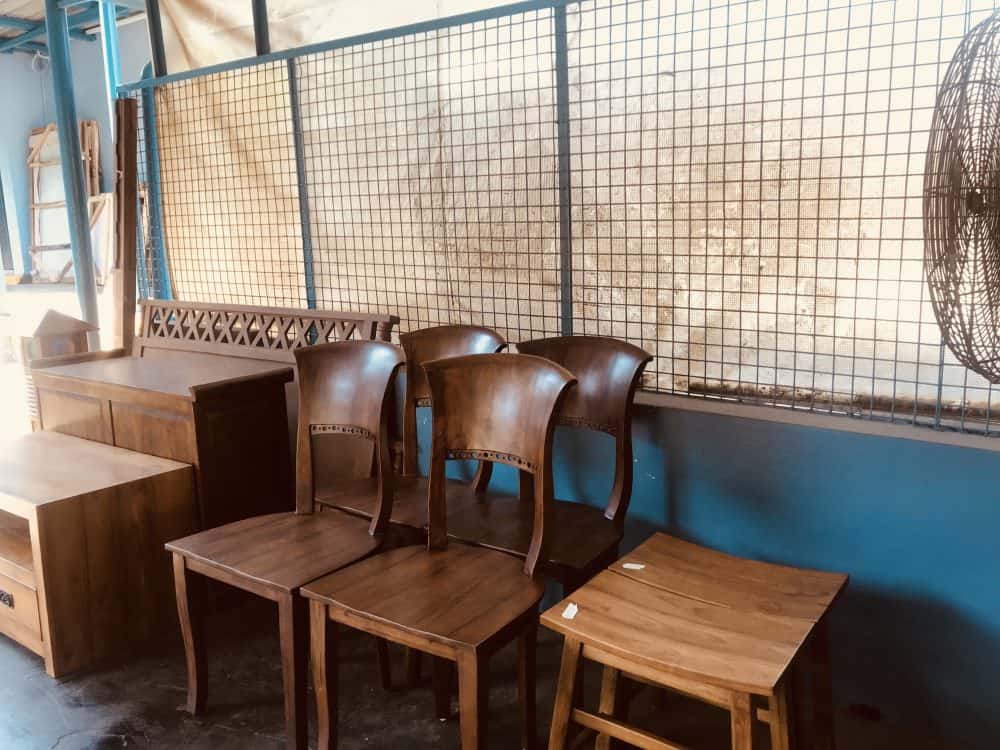 “If they want to take care of themselves, they must go and work. But they don’t know how to work,” explains Mr Chia. He elaborates that many of them previously made ends meet by selling drugs – not by working typical jobs.

Mr Choo adds that “there is a need to develop their work skills, many of them don’t get the concept of retention, and cannot hold a job down for more than a few months due to their work attitude.”

The Helping Hand runs three social enterprises which helps to fund their rehabilitation programs and provides employment for their residents. Residents are assigned to work for Hands Removal (their moving services team), Hands Gallery (furniture shop), or Big Fish, which sells fishing equipment.

According to Mrs Ranjit Kaur, the business manager, residents are out for work at 9AM. “Our house moving department has 7- 8 lorries going out every day.” Their furniture department is also kept busy, with at an average of 8-10 deliveries daily.

For older residents, they’re assigned to kitchen duties, which are less physically demanding. The work therapy provides them skills, and serves as “grounds for them to start afresh.”

For residents and Hands Removal staff, Siva, the work therapy has been a crucial part of his personal rehab journey. “Your mind is always occupied,” he says, citing mental and physical challenges as part of the job. “Everyday you go to various places, which means various challenges from various customers.”

“There are different challenges the team faces each day. This is where the therapy comes in. You have to learn how to calm yourself – no choice. It soon becomes a habit.”

The Light At The End Of The Tunnel

According to Mr Choo and Mr Chia, not all hope is lost for former drug addicts. Mr Choo, who had managed to place one of the residents at a call center, shares that the resident managed to hold down the job for about 4 years. “I was very happy,” he nods contentedly.

Mr Chia chimes in to say that “if a client holds down a decent job for 2-3 years, I would say that this is an indicator that they are quite successful.” They have also seen clients who have become pastors, or even entrepreneurs.

A “noteworthy individual”  that the duo remember would be Jonathan Tan, an ex-resident, who had set up his own landscaping company with their help.

However, both agree that a very small percentage of residents are able to kick the habit entirely and turn their lives around. “Drugs will always control you,” adds Mr Chia.

Humans Of The Helping Hand 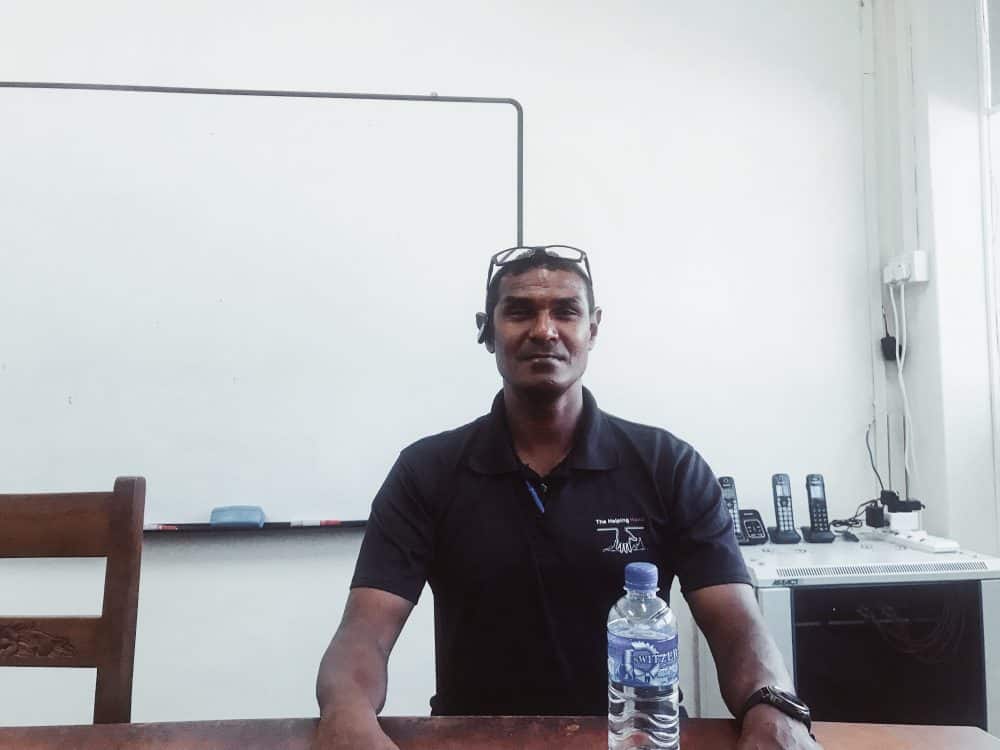 Siva has lived at The Helping Hand for the past 4 years. His cheerful disposition conceals a turbulent past – the eloquent resident tells me that he’s been in and out of prison since the tender age of 13.

“Many, many things,” – he cites violence and petty theft as some other offences he has been charged for.

“I came to an end point. I’ve already traded my freedom – I need to be in a controlled environment for the rest of my life.”

Siva has been completely drug-free for the past five years, and is a strong advocate of an anti-drug life.

He recalls that the day he was released from prison was a solemn and reflective one. “I had nowhere to go, nothing to do. I thought to myself – what has happened to me?”

Thankfully, “things only got better and better” for Siva. He chose to stay on past the 6 months rehabilitation program, and  now works in the business office at The Helping Hand, alongside Mrs Ranjit Kaur. Siva is in charge of coordinating staff to carry out the house moving duties, and  is second in command at the moving services arm of The Helping Hand. 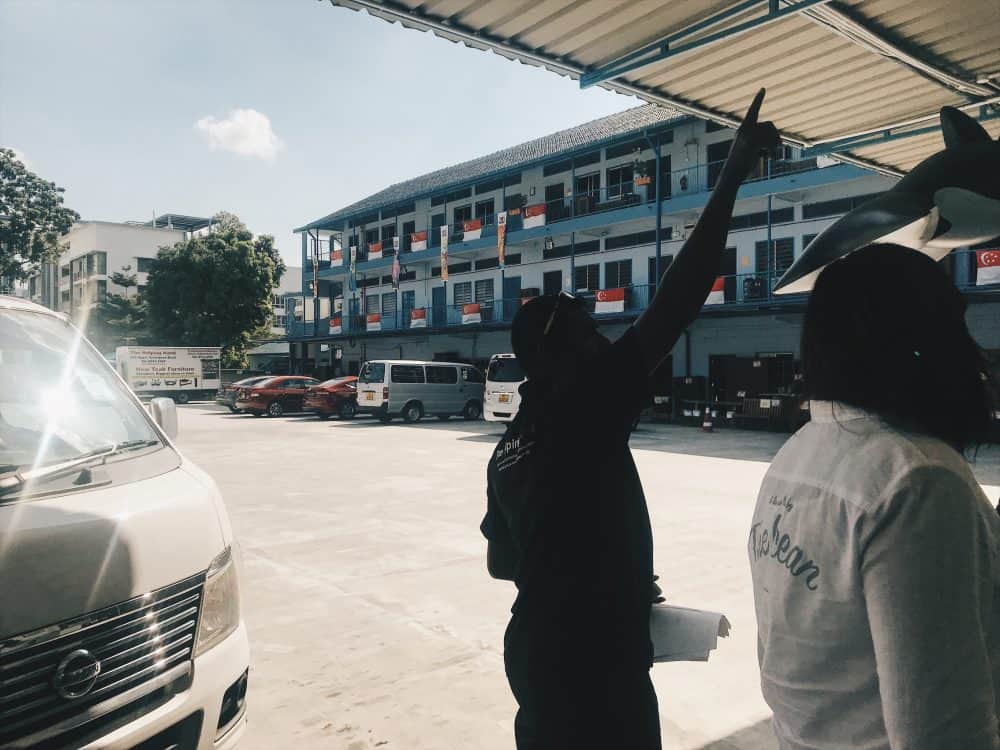 I also met with Vincent, who has been working at the furniture arm of The Helping Hand for 21 years. Vincent actually appreciates the discipline and rigid schedule that is laid out each day, saying that it helped him get his life in order.

“To be honest, everyone is a drug addict here. There are bound to be problems. People sometimes give up on rehabilitation and return to their old ways. These are recurring problems, and we’ve got to learn to deal with them, ” he explains in Mandarin.

Vincent has not touched drugs since 1998, and has not looked back since. He visits Changi Prison once a month to speak with convicted drug users, to share his experience and encourage them to leave their old habits behind.

“Some people are still unable to change, even after many years. That’s why we still see people in their fifties and sixties seeking rehabilitation at The Helping Hand.”

When the staff and residents of The Helping Hand heard that I was interviewing them for an article, they insisted that I include a caution of sorts to convince readers against toying with drugs.

“Many young people are so promising…and the drugs land them in prison for decades – not years, but decades!” says an exasperated Mr Chia.

“Many people are still curious about drugs, they don’t see what we see everyday, ” adds Mr Choo, who feels that many do not understand the severe, and often ugly repercussions of drug abuse.

According to Siva, drugs are still widely available – “It’s been seven to eight years since I’ve last come in contact with drugs. But now, I can still drive to the place where people sell them.”

“My advice to all the young people out there: Stay away from drugs. Play sports, even extreme sports if you like the thrill of it. But never take drugs.”