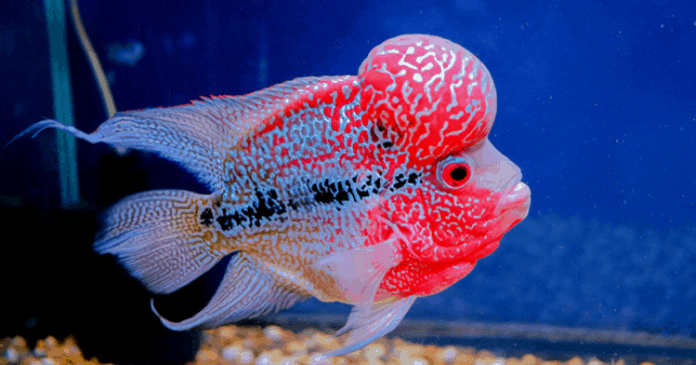 As far as pets go, the usual favourites are cats and dogs, with a smaller pool fancying hamsters, guinea pigs and chinchillas. Those that wish to opt for a lower maintenance pet often turn to fish.

In the 1990s of Singapore up till the early 2000s, there was a fad of fish-rearing that dominated the world of pets, attracting interest groups and the formation of online forums.

Tetras, barbs, catfish, cichlids; an increasing number of wild freshwater fish species were being introduced to satisfy the curiosity of hobbyists who were fascinated by the interesting behaviour and appearance of these submerged creatures.

Some experts even ventured into the expert art of rearing marine fish that required a supply of synthetic sea salt and the installation of expensive advanced filters.

Although some fish were retailed for as low as a couple of cents per animal, e.g. guppies and platies, there were Asian arowanas and flowerhorns on the other end of the spectrum, going for hundreds if not thousands of dollars per fish.

The demand for rare breeds of arowana (a species of freshwater fish endemic to Asia and the Amazon) were at an all-time high.

These days, demand has plummeted in lieu of a rising preference for furry critters.

Dan, a long time worker at a neighbourhood aquaria shop, commented: “In the past, parents would take their children into our shops to purchase at least one bag of longkang fish or neon tetras. Nowadays, we don’t even get many young children visiting us anymore, maybe parents are scared.”

The Man Who Stayed True

Mr. David Seah is one loyal pet owner who has been rearing flowerhorns since the island-wide craze of the early 2000s.

He shares that the marketed auspicious traits of the flowerhorns are bogus and he favours the fish simply for their unique appearance and often underrated intelligence.

“I believe that these fish were given the limelight because of their resemblance to the Fu deity of traditional Chinese folklore due to their elongated heads and rosy flush. It is up to people to choose what to believe, but to me, these fish are attractive because they are some of the most impressive members of the cichlidae, a family of freshwater fish species known for their outstanding intellectual capabilities.”

The proud owner of two thirty-gallon tanks proceeds to demonstrate the perceptive nature of his two flowerhorns, named Pachy and Ceph.

Mr. Seah tears a crumb from a loaf of bread and baits Pachy, luring the fish towards his movements. Ceph, being the older of the two, exudes a slight greenish shimmer and is less active compared to Pachy. The fish are separated into different tanks to avoid fighting, typically exhibited between male flowerhorns that are territorial by nature.

The man laments, “at the height of the hype, some of my pretentious friends claimed that they saw prophetic 4D numbers appearing on the scales of their fish. I refused to entertain their childish obsessions. Within months, those same people told me that their fish had died, perhaps out of negligence.”

“I pity their pets, most fish do not have short lifespans, they require proper care and attention. Many owners really do not deserve pets.”

It was tempting to ask the seemingly responsible man about his reluctance at jumping onto the “furry wagon”.

“My wife and myself are animal lovers but we feel that HDB flats lack the right amount of space for furry pets and it is not practical to keep going for walks since we are always so busy. The stress experienced by these voiceless animals should never go ignored.”

We do our best to get the biggest tank we can for the fish but even so, I am constantly entertaining thoughts of releasing them into a large cistern like a pond or reservoir. My only concern is for the safety of my fish since I don’t know what parasites or predators live in those waters.