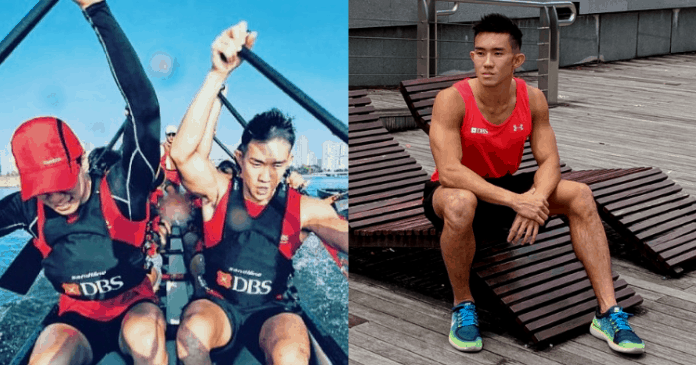 The term “dragonboating” is often associated with fit, well-built athletes who have amazing teamwork. Yet, those with special needs are able to partake in and benefit from dragonboating in ways unimagined.

An individual who knows this best would be Kenneth Lee, Assistant Vice President in DBS Corporate Development and Ecosystems team.

Kenneth is also a member of DB Hearts, a ground-up initiative started in 2016 by a group of dragonboat veterans who wanted to create a more inclusive and diverse community.

Kenneth’s love for sports started when he was a child – he picked up swimming as he joined his elder brothers in their swim lessons, and subsequently picked up lifesaving as they advanced.

On top of that, he was relatively active during his academic years, trying a variety of sports including basketball, volleyball, and water polo.

“Currently, I’m the Captain of our bank’s corporate dragonboat team, DBS Asia Dragons, which formed eight years ago in 2012 when the bank first started DBS Marina Regatta. Apart from dragonboat, I also run and do CrossFit to supplement my gym training.”

Kenneth believes that sports is a good way to destress, and helps him to focus better at work too. Given that DBS Marina Regatta is held annually, it gives him a sense of purpose when he trains, which he feels is especially important for working adults.

“It motivates me to stay disciplined and keep pushing on to exercise despite the hectic workload.” 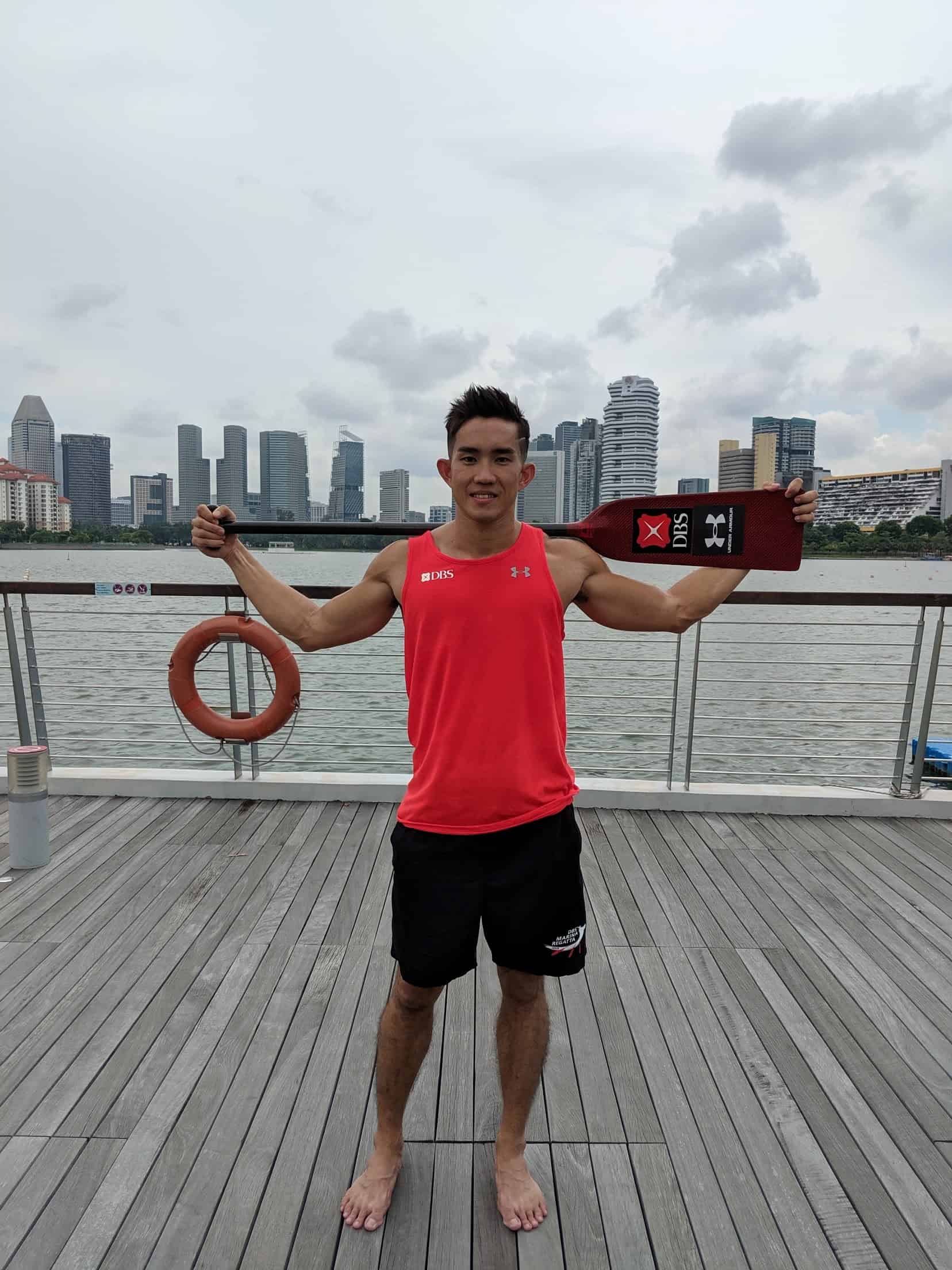 Kenneth has a long list of battle scars – he first tore his left anterior cruciate ligament (ACL) when he was training in OCS, for which he had a reconstruction. Prior to a Standard Obstacle Course (SOC) test, he strained his left knee, then fell awkwardly at one of the stations, which caused the complete rupture.

During the rehabilitation period, he tore it again and had it re-reconstructed, which he attributes to his eagerness to recover and return to sports.

In university, he pulled his right shoulder badly and was unable to exercise for a few months.

“Then a few years ago, I tore my right ACL but decided not to reconstruct it, as some of the doctors and physiotherapists I spoke to mentioned that these injuries could be managed through proper strengthening and conditioning.” 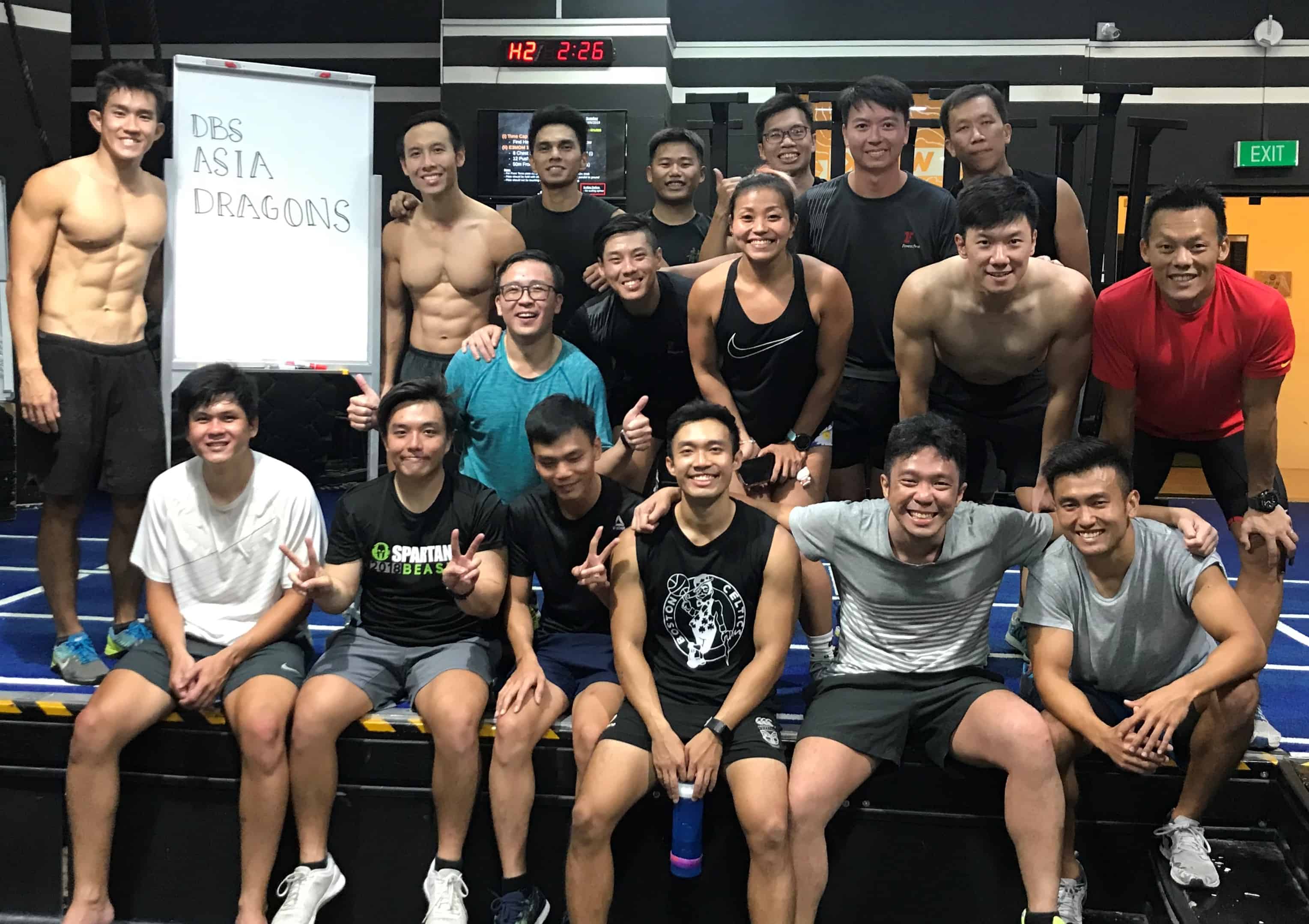 He recalls that rehab was all about making a conscious effort to strengthen the muscles around the injured joints then.

“Most people don’t like rehab as it’s boring and repetitive. But for me, I kept going at it and till today, still include a day or two of rehab as part of my trainings – it all boils down to having the discipline and determination to prevent any reoccurrences.”

He adds that it’s important to stay positive and patient – “I learnt that the hard way through my second left ACL tear.” 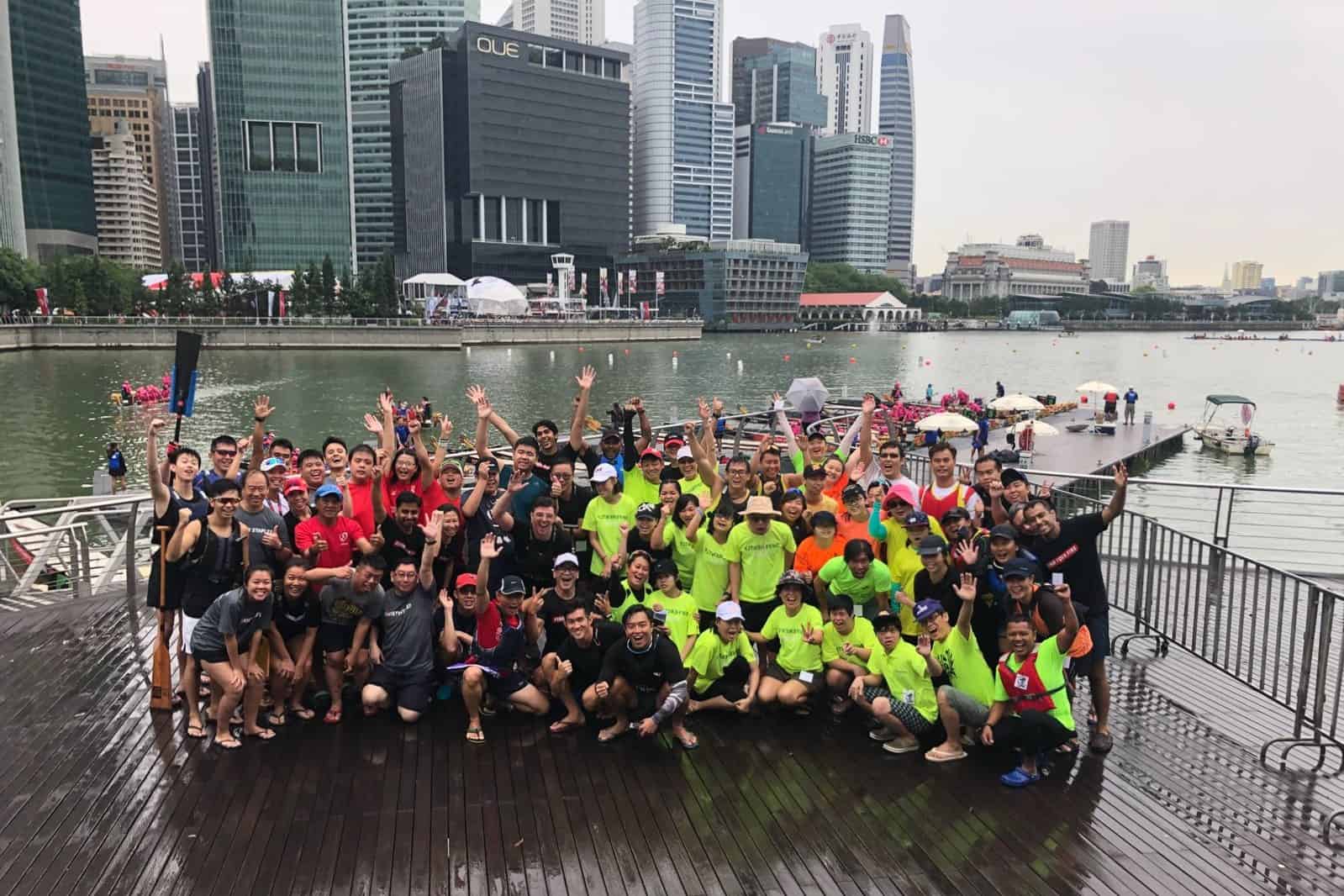 Apart from being an active sportsman, there is one group that Kenneth holds close to his heart – DB Hearts.

Today, DB Hearts brings together a mix of veteran sportspeople, young innovative athletes and seasoned professionals, all of whom share the same mission: to catalyse true diversity and boundlessness for typically and atypically profiled persons, and find fresh ways to form meaningful community bonds.

What makes them stand out is that they’re not just your typical group of dragonboat athletes – DB Hearts regularly engages those with special needs.

They do this through working with establishments that engage these participants in regular empowerment sessions. On top of that, the DB Hearts members also organise, plan and run community races with organisations like Singapore Dragonboat Association, PAssion Wave and DBS. 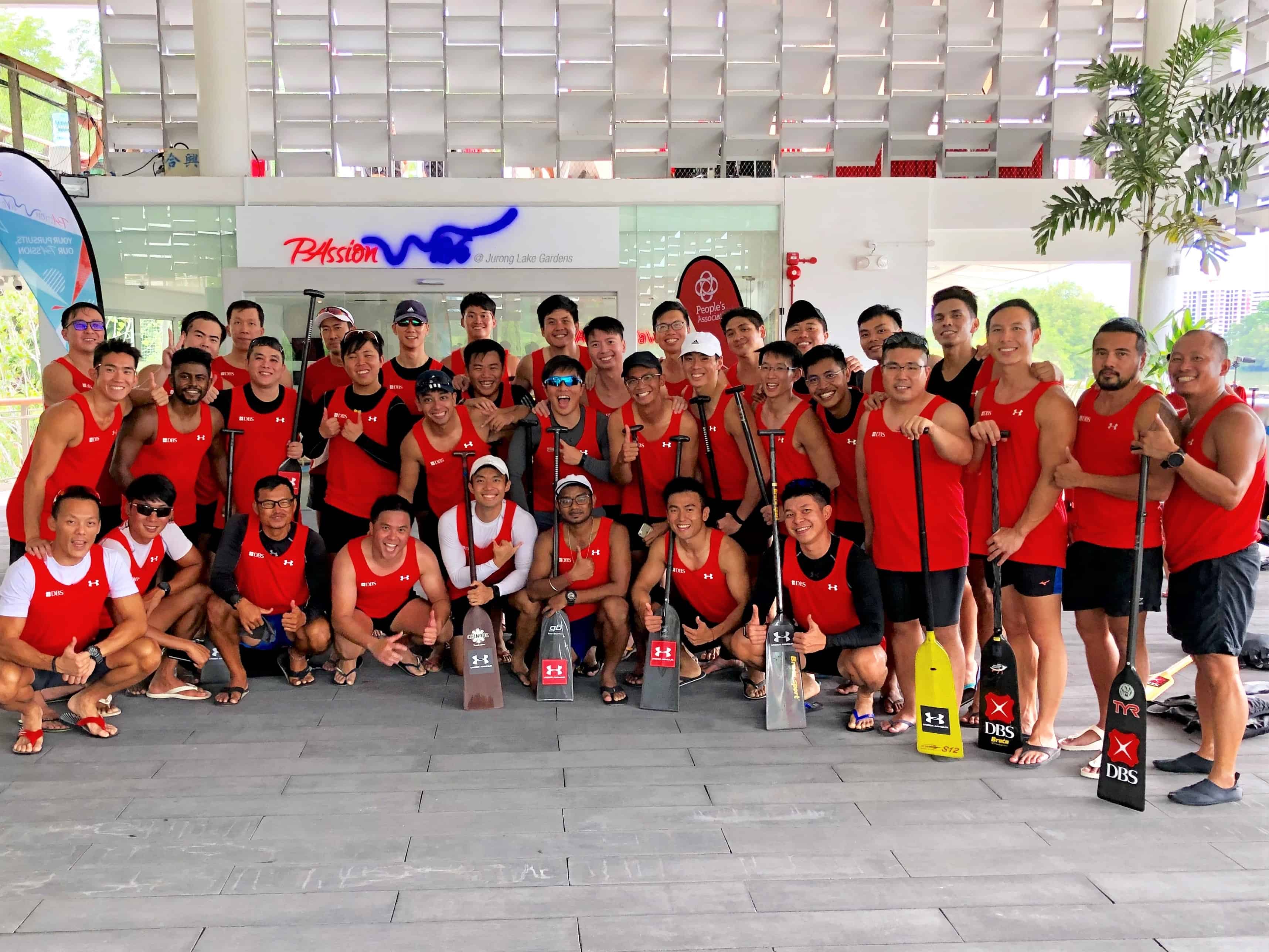 “We work based on our beneficiaries’ specific requirements to ensure that they can learn and grow with the sport and cross the finish line on their own merit.”

To ensure the best impact, their programmes – which are run entirely by volunteers – are designed to make participants feel comfortable with the water, the sport and most importantly, themselves.

“For example, we work very closely with Singapore Association of the Visually Handicapped (SAVH) to understand what the visually handicapped participants face and require – such as how they paddle with rhythm on the boat, how they get on the boat for a race, and even how they navigate the event space. Based on that, we make sure our volunteers are thoroughly briefed and able to support these requirements throughout the event.”

DB Hearts also helps companies with their community outreach or CSR programs, which involves their employees in regular empowerment sessions. Kenneth says this is “to let the employees understand and experience the joy of paddling with such beautiful people.”

Bringing Back The Kampung Spirit 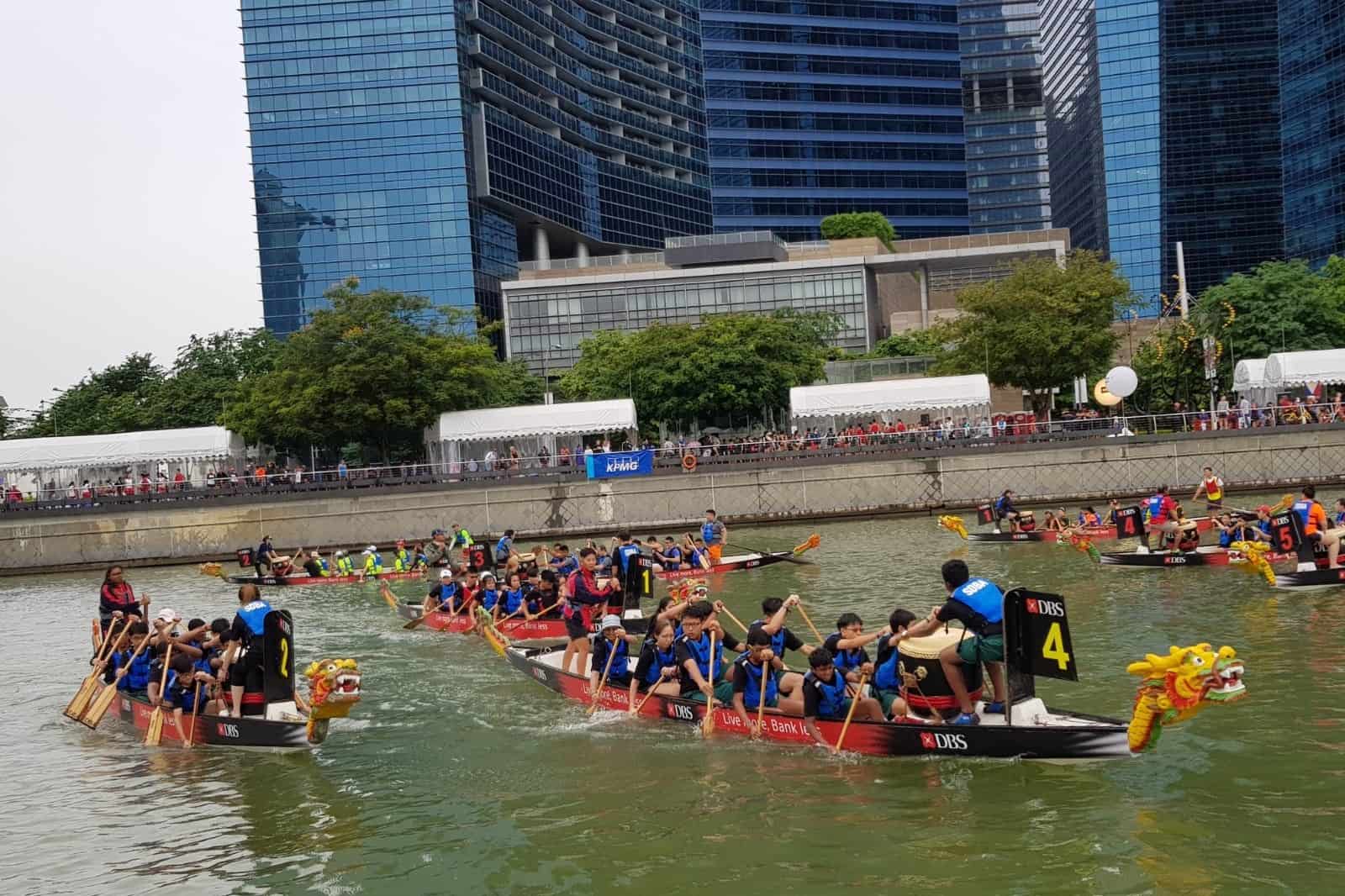 When I probe about the reason behind joining DB Hearts, Kenneth explains that he’s blessed to have grown up in a close-knitted family, and he hopes to be able to replicate this for others at large – creating a community with a strong “kampung spirit” where people look out for and take care of one other; where there is a place for everyone.

He got to know of DB Hearts through his coach, Eng Hee – one of the founders – who shared his vision with Kenneth in 2018.

Kenneth immediately knew it was something that could potentially create the inclusive community he wanted to see. He proceeded to link up DB Hearts with the DBS Foundation team, which champions social entrepreneurship, to co-organise the DBS Marina Regatta Community Race last year.

In hopes that there’s still much more we can do to give back to society, Kenneth joined the DB Hearts committee this year and became part of the driving force behind this pursuit. This year, he’s coordinating the efforts for DBS Marina Regatta Community Race too. 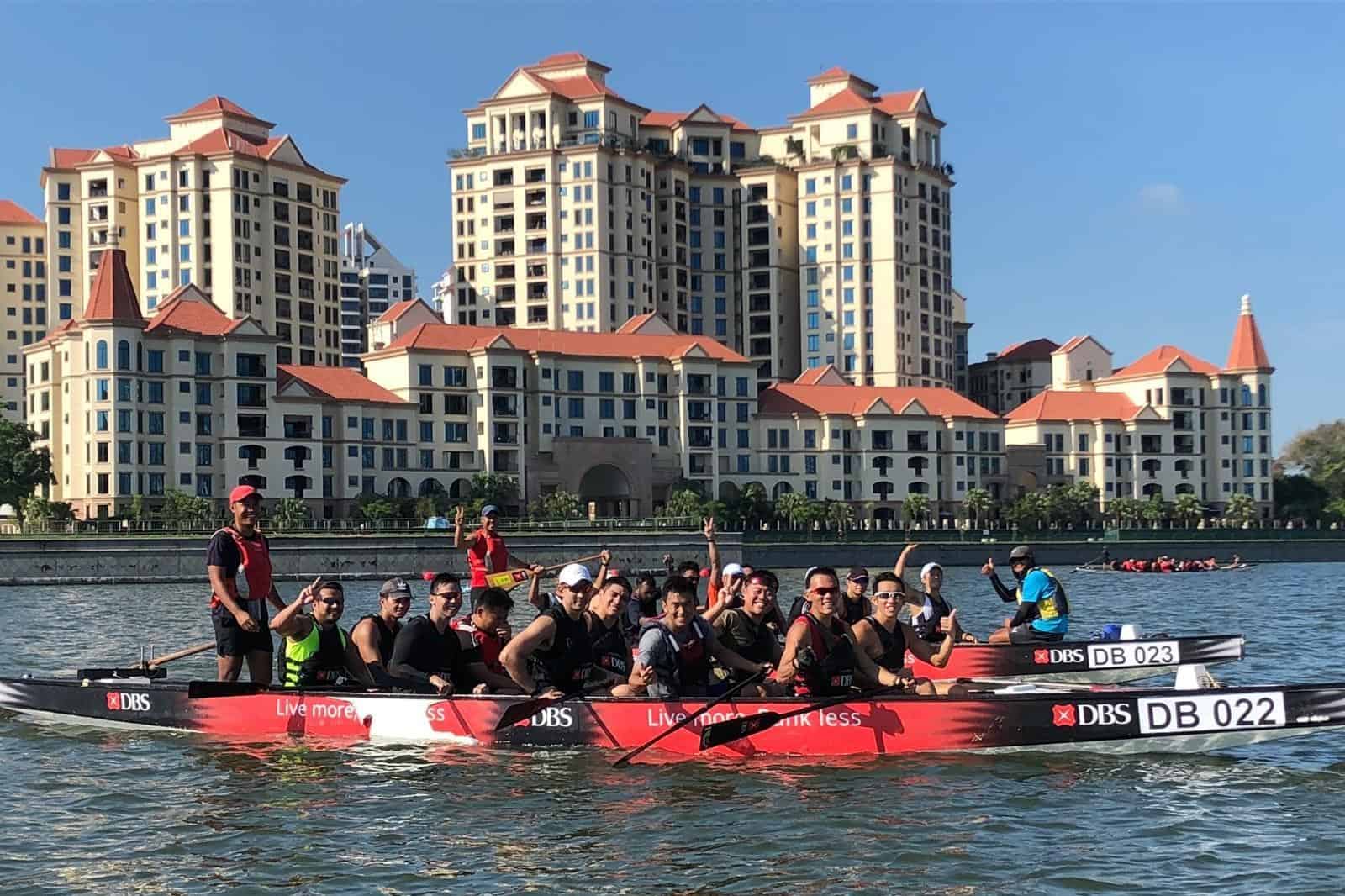 Although it has only been 2 years since he has been involved in DB Hearts, he fondly recalls heartening moments that occured during last year’s DBS Marina Regatta.

“It was raining prior to last year’s DBS Marina Regatta Community Race, which caused some confusion for the beneficiaries – but we saw volunteers taking the initiative to look for them, take care of them and guide them safely to the event venue, which was heartening.”

“Some volunteers also came up to me saying that they were inspired by the participants’ grit – in fact, we have repeat volunteers coming back to help out this year!” 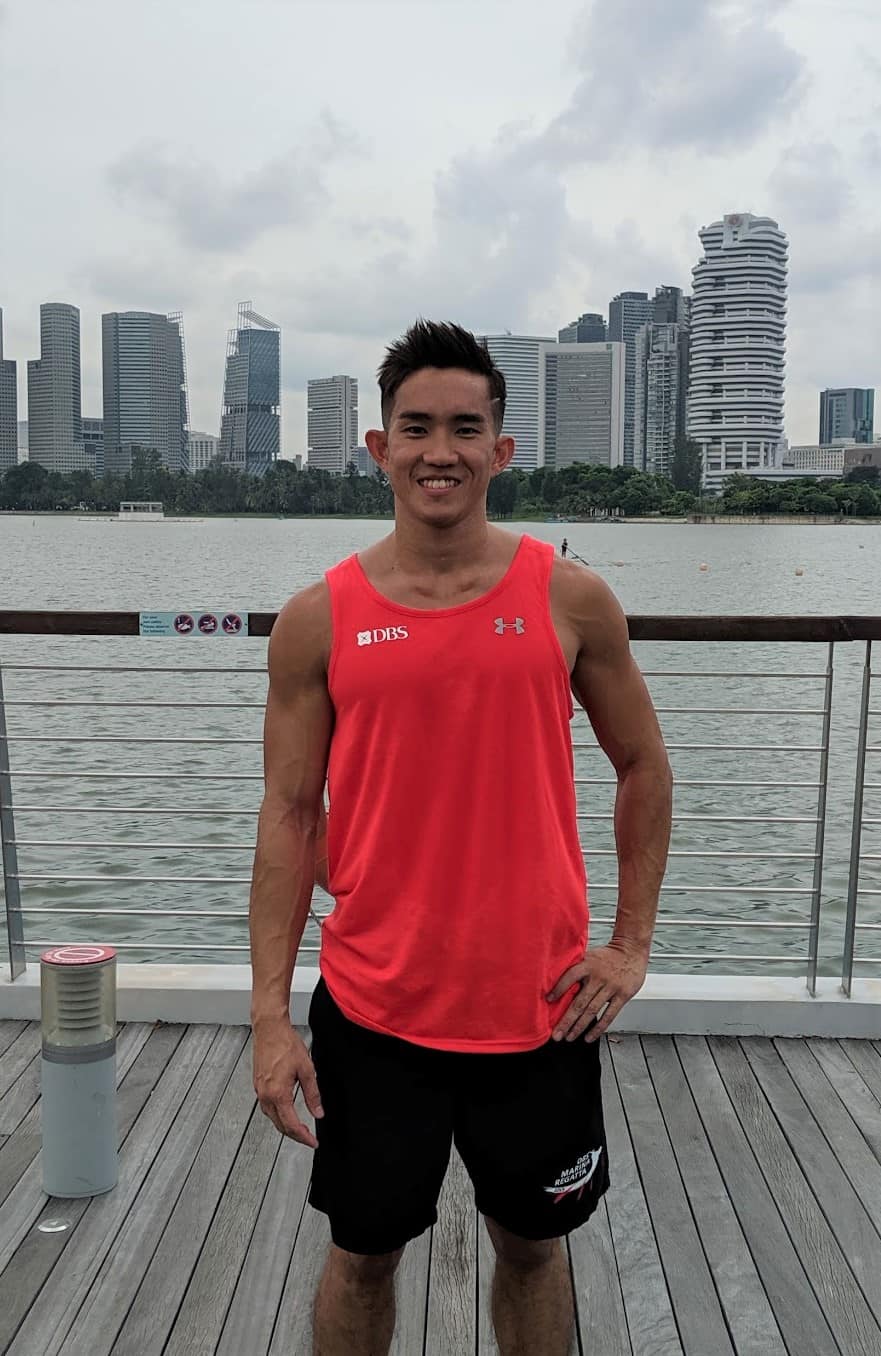 The genuine care and attention that DB Hearts’ volunteers demonstrated and the positive feedback from their beneficiaries left a strong impression on Kenneth, and further anchored his belief that we can create a close-knitted community for all.

Kenneth admits that this is a continuous learning journey: “Whether it’s DB Hearts, the beneficiaries, corporates or volunteers, we all have so much more to learn from one another. It’s really heartwarming that everyone is willing to come together for a common cause.”

At this year’s DBS Marina Regatta, Kenneth and DB Hearts hope the public, corporates and dragonboat communities can see that dragonboat is a sport that can be enjoyed by anyone and everyone, and be inspired by the boundlessness of the beneficiaries.

More importantly, the team wants participants – both volunteers and atypical profiled paddlers – to enjoy themselves throughout the various trainings and during the actual race itself.

That aside, they also hope more volunteers will come forward to participate with their beneficiaries as they have a calendar full of events ahead.

“Paddling experience is not required! In line with our core values at DB Hearts, all you need is to a heart that’s in the right place.”

The DBS Marina Regatta is back this year from 31 May to 2 June with Asia’s most thrilling dragon boat competition at Singapore’s Biggest BayFest!

Other than its signature dragon boat competition, the DBS Marina Regatta offers activities and experiences for all ages, both on land and water.

Take part in the Race Against Time and find out how you can play your part for a more sustainable future through the immersive and interactive experiences.