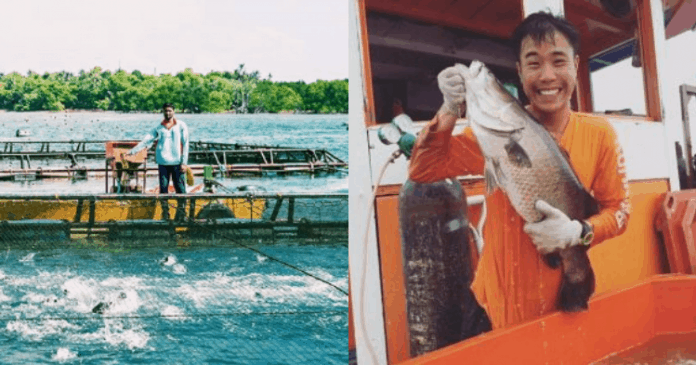 Ian Chen is a millennial who challenges the image of what people usually assume being a fish-farmer is – old and wrinkly.

Aged 31, Ian is a fish farmer at Barramundi Asia (Kuhlbarra), and has always been interested in nature and fishes in particular.

“When I was as little as five, my Mum would take me to the neighborhood longkang to catch wild guppies, tiger barbs, and tadpoles which we would bring home and keep in a tank. I guess that sparked my interest with fish from then on.”

He elaborates, “over my years of fish keeping, I got more curious and wanted to keep more fish species in order to observe and learn more about that – this led to an “obsession” where I had more and more tanks.”

It was the same for him with nature, which led him to travel to far and exotic places.

Eventually, he gained a vast knowledge of both aspects. His immense interest in fishes can evidently be seen by the way he describes his favourite fish. 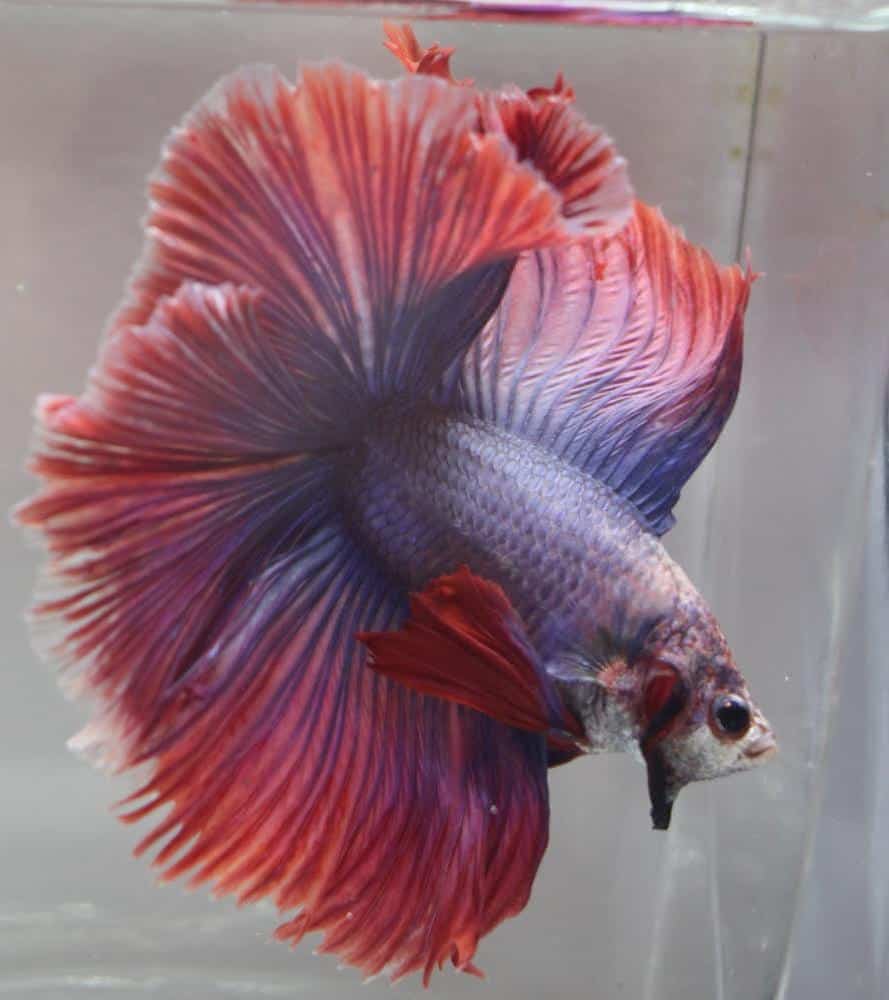 “I guess my favourite fish would be the fighting fish, also known as Betta Splendens, due to them having a wide variety of species, tail types and colours. I used to breed Bettas at home and show them at local competitions. At one point, I had over 300 of them kept in jars and tanks,” he gushed.

He adds that one of the most unique fish he has ever caught is the Garfish or ‘Ikan Todak’.

“Can you imagine a fish with blue-green bones due to the higher amount of Biliverdin – the same pigment which can be seen in bruises of humans?”

Fish-farming in Singapore has evolved over time.

We often associate a fish farmer with someone who is overworked and underpaid after spending hours on a kelong or sampan reeling in fishes painstakingly.

In reality, that is far from how being a full-time fish-farmer is like here.

Barramundi Asia (Kuhlbarra) was recently under the spotlight for their unwavering success, systematic ways and upcoming extension which will cost a whopping total of $2 million.

They were featured under Agri-Food & Veterinary Authority of Singapore(AVA)’s #OurLocalFarmers and across the front page of The Straits Times.

For Barramundi Asia (Kuhlbarra), farming is done in a modern aquaculture set up with 29 floating sea cages in the waters off Pulau Semakau.

These cages occupy a whopping total of 20 hectares. Each cage is 26m wide and 10m deep thus enabling the fishes to have plenty of space to swim about.

Just as the name of the company suggests, all of the fishes contained within these cages are none other than the elusive Asian sea bass – the barramundi.

These cages are placed at a strategic location with strong currents, which is ideal for these barramundis.

Smaller barramundis are placed in smaller square cages till they grow bigger.

“We have a hatchery and nursery on Semakau Island that grows our fingerlings till they are big and strong enough to be transferred to the sea cages,” Ian explains.

Each baby barramundi is vaccinated to prevent them from falling ill.

At Kuhlbarra, juvenile Barramundis at the Nursery are no small matter. They take each and every aspect seriously, from water quality to fish husbandry as these babies’ will reside there for some time.

Tests are conducted every day to check if the water quality is safe and ‘Barramundi-friendly’.

Once these Barramundi weigh approximately 4-5 kg after inhabiting their sea cages for 24 to 28 months, they are seine and lifted out via a crane during harvest, and sold eventually.

“We will know when it is time to harvest them as we constantly sample the fish by taking their weight and length for data analysis,” Ian explains.

Evidently, it is a far cry from when fishermen had to haul weighty nets manually.

2019 marks his fourth year working for Kuhlbarra, which he describes as being “professional, supportive and rewarding.”

Prior to being a fish-farmer for Kuhlbarra, Ian has done several jobs, including a part-time dog groomer, a barista, and a Muay Thai trainer.

While pursuing his studies, he had an internship in Panama’s Open Blue Sea Farms for four months and had been traveling back to back to Costa Rica, Nicaragua, Toronto and Panama.

Soon after graduating, he traveled to Zambia, Botswana, Zimbabwe, and South Africa. He has traveled a total of 39 countries to date.

After years of traveling, he was tired.

“After I graduated with my Master’s degree in August 2018, I was looking for a job. I was tired of traveling and being away, so I wanted to return to Singapore for a bit. As luck had it, there was a new project and position available for a management trainee. Here I am back at Kuhlbarra.”

Ian’s working hours starts from the moment he takes the speed boat at 8.30am from Singapore to Pulau Semakau till he ends work at 5.30 – 6.30pm.

“Occasionally, I do stay overnight or two at the farm. We have container homes, which are fully equipped with an air-conditioner and bed. Bathroom and kitchen amenities are also available at the farm,” he explains.

There’s also the scorching sun to deal with.

To combat this, Ian hydrates himself continuously throughout the day and takes short breaks when working under the sun.

“I always take precautions to protect myself. Sunscreen is a must and I also wear a face buff, long-sleeved shirts and of course, my farmer’s hat,” he adds.

While Ian is currently contented with his position at Kuhlbarra, he harbours dreams of setting up a fish farm of his own several years later.

“Given the opportunity and funding in the later stage of my career, once I have gained more experience, I would love to set up a fish farm of my own.”

“For now, I still have a lot to learn about aquaculture and fish farming. I have not thought about where I would set it up or even name it yet.”