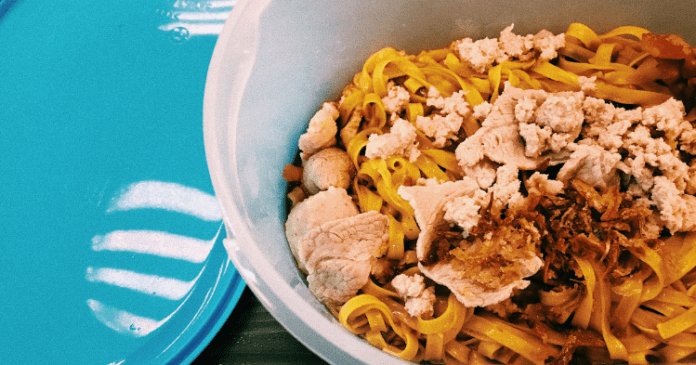 Singaporeans are busy people. Coupled with our love for local food, taking out is a daily practice for some.

The use of styrofoam in Singapore is extensive. After all, what is our iconic “Cai Png” without the handy styrofoam box for easy takeaway.

If you are reliant on take-outs, that means you go through at least one disposable item per day (not to mention the cutlery, the plastic bag, and a tinier plastic bag for sauce).

In fact, according to the Singapore Environmental Council, Singapore uses at least 1.76 billion plastic items a year as of 2018, and less than 20 per cent is recycled. With the hassle of recycling preventing some from going green, some cut down on waste production instead.

Given the greater international emphasis on cutting down the use of disposables, Singapore has caught on. More people are bringing their own reusable containers and bags.

After learning in primary school that styrofoam is non-biodegradable, I have been uncomfortable with its use. Although it is no longer manufactured with CFC (the notorious ozone-depleting chemical, source of my childhood guilt-trips), it still uses Hydrofluorocarbons, a substance linked to ozone-depletion as well.

As such, I decided to bring my own lunchbox, on top of already owning a metal straw.

However, there was one worry I had while starting this new habit: what would the aunties and uncles think? Would they get annoyed if I asked them to use my lunchbox when packing the food instead?

I started off with my favourite breakfast – Economic Bee Hoon. I approached the counter and ordered. I sheepishly took out the largest lunchbox I could find at home and asked the auntie at the counter if I could use it for takeaway.

Auntie takes the lunchbox from me and was genuinely amused.

“Being environmentally friendly?” she says in Chinese, and I was happy she did not think it was a bother. She told me that someone earlier that day brought his own lunchbox too and more people have been doing it these days.

If I needed any more assurance, this was it.

While carrying the lunchbox itself was convenient, the washing up portion after finishing my meal wasn’t as much. I thought, “Yup… This is why people are so reluctant to do this”. But even so, it was nothing a little soap and water could not settle.

Easier Than I Thought

Day two, and I had more courage to speak a little louder at the counter. And no one really seemed bothered by my request to have my food in a lunchbox. It was the same for day three.

Washing also became a routine. If I was too lazy to wash it immediately after, I would just leave it off to the end of the day.

It was also interesting to see food that I was familiar with out of their iconic styrofoam or plastic packaging. 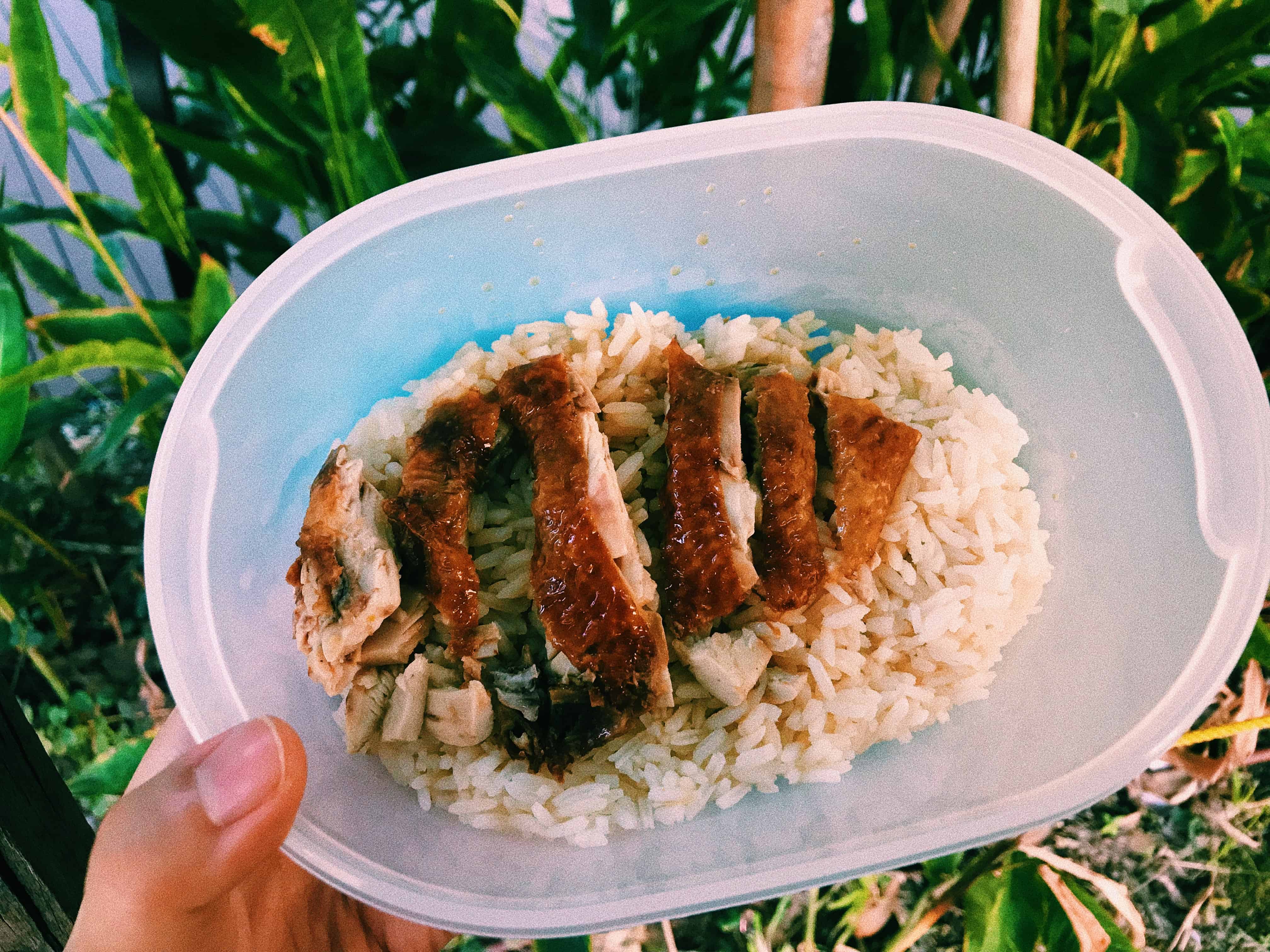 A general advice from a week-old BYO novice: if you are nervous, start with the Cai Png or Nasi Padang stores, stores that will allow you to choose your own dishes.

You can also observe from a safe distance the process they take to prepare and package food in takeaway boxes and decide whether using your own lunchbox would disrupt the process in any way.

When in doubt, ask anyway! The aunties and uncles are often obliging and the earth could use one less disposable item lying around.

After a while, I felt guilty whenever I forgot to bring my lunchbox with me. The convenience afforded by disposables was a trade-off I was no longer willing to make, and I no longer thought anything of the cleaning up process.

Even when the auntie at the Dim Sum store was genuinely confused as to why I was using such a big lunchbox for three Siew Mais.

“It’s going to take more effort than what it’s worth!” she said. But it was, as it had been from the beginning, no big deal.

All it took was one small step to change a habit and develop new ones. The indifference and matter-of-fact way in which most store holders reacted to my request certainly helped with my initial hesitation.

With more people bringing their own lunchboxes, it has now become less of a novelty and some stores even encourage such practices by including a charge for takeaway boxes.

It adds up. 7 boxes a week, 7 straws, 7 pairs of disposable cutlery. All avoidable with a little change in habits. I am happy to say that this is my new normal.

After this week, “Cai Png” in a reusable lunchbox is now the new icon.